This being an LG TV, it inevitably uses the brand’s passive 3D technology. With HD TVs this leads to a reduction in the resolution of full HD 3D Blu-ray playback, but the extra pixels in the LG 65LA970W’s UHD screen counter this issue, enabling it to deliver a genuine full resolution 3D image. And quite glorious it looks too, especially as the size of the pictures and passive 3D’s advantages of no flicker and zero crosstalk (so long as you keep your viewing angle within 13 degrees or so) enable you to forge a more direct connection with the 3D world you’re viewing.

The LG 65LA970W’s excellent contrast talents help with 3D rendering too, since differences in luminance within a 3D frame can be very helpful in delineating the sense of depth and space in a 3D environment. 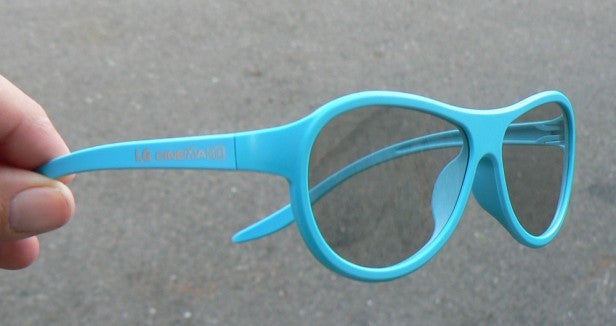 Motion is a touch problematic when watching 3D. There’s a little judder without LG’s motion processing active, but pictures glitch and twitch a little if you do use the motion processing. The ‘off’ option is preferable though, as judder levels are really quite slight.

Our test sample suffered a strange flaw where any extreme shifts in the brightness of 3D pictures caused the 65LA970W to throw out a pulse of really distractingly bright light across the whole screen – even in the black bars that sit above 2.35:1-ratio films. We asked LG about this and they’ve yet to respond, but our suspicion is that it’s a problem specific to our test sample.

This is another area of strength for the LG 65LA970W. That slinky in/out speaker bar pumps out much more audio power than the normal speakers you get in a slim TV. You can hit seriously high volume levels before the speakers start to succumb to phutting and rattling, and the mid-range is superbly dynamic and open, giving vocals a lovely rounded feel.

The use of four separate tweeters as well as further separate subwoofers on the TV’s rear, meanwhile, helps the 65LA970W produce excellent clarity to go with the power, and the configuration of the four tweeters also helps the soundstage spread wide without sounding dislocated from the screen.

Overall, then, the 65LA970W’s audio system can be considered a superb innovation.

Some of this year’s LG sets have finally started to get to grips with the input lag problem that’s plagued its TVs for a few generations now. But sadly the LG 65LA970W isn’t one of them. We measured input lag of around 69ms on average, rising as high as 100ms at times – and that’s even if you use the set’s Game preset and turn off as much video processing as you can.

These sort of numbers are high enough to reduce a serious gamers’ skills when playing games that depend on fast reactions, and induce a slightly treacly feel to your movement around gaming worlds. We guess we should add that this input lag figure was measured with upscaled HD game inputs. So it’s possible it will suffer less with input lag if fed a native 4K/UHD PC signal. Though experience suggests this will not be the case. 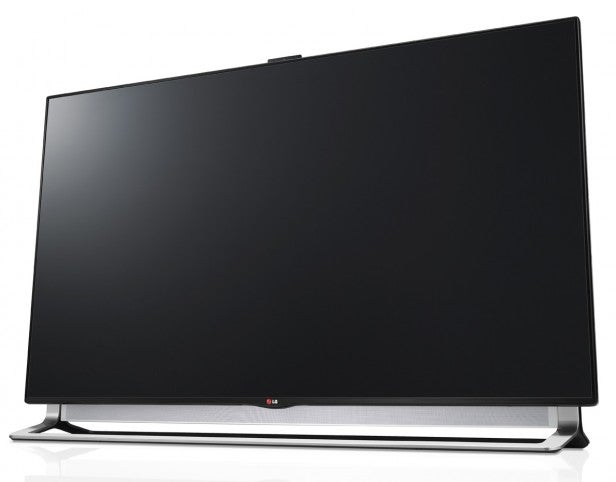 If you want to put yourself in a position to enjoy truly sensational UHD/4K picture quality when such sources come through, you definitely have to put the LG 65LA970W on your wish list. Thanks in part to its direct LED lighting system its picture quality with native UHD content is irresistible – possibly the best we’ve seen so far, in fact.

It’s also an excellent 3D performer (notwithstanding the presumably sample-specific ‘flaring’ problem), and its big, pristine pictures are joined by some exceptional sonics too.

The set isn’t quite as astute an upscaler of HD and standard def footage as its key Sony 65X9005A and Samsung UE65F9000 rivals (though it’s still good), and you can’t ignore the fact that it costs £500 more than those to rival sets. But then you could argue that £500 isn’t actually much to pay for a direct LED system versus the edge LED systems of its cheaper rivals.

LG has mercifully overcome past issues with its high-end Nano direct LCD technology just in time to deliver a gorgeous new cutting-edge TV able to deliver native UHD pictures so good you never want to watch anything else.

Next, take a look at the 10 best TVs currently available