The LG 27MT93 is, to use LG’s own accurate and succinct terminology, a 27-inch Full HD ‘Smart Monitor TV’. In other words, it’s a computer monitor that’s also been fitted with features that enable it to double up easily as a Smart TV, so you don’t have to buy two separate screens for your office/study/bedroom/kitchen. 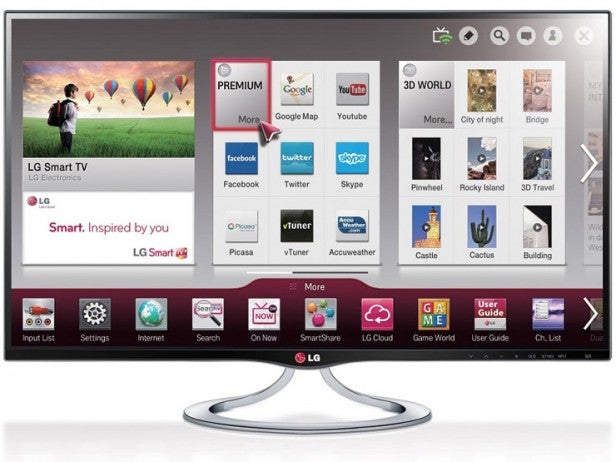 Aesthetically, the LG 27MT93’s looks more like a monitor than a TV, but it’s easily one of the best-looking monitors we’ve ever seen. Its remarkably skinny frame with its little
illuminated, LG logo-bearing bulge in the bottom edge, open-framed shiny
silver stand and gleaming metallic rear mean it won’t look like an eye-sore wherever you choose to put it.

It’s good to find, too, that you can tilt the screen up and down on its stand, as there’s a good chance you’ll be watching it from different viewing positions depending on whether you’re using it in PC monitor or TV mode.

The LG 27MT93’s connections continue the dual use theme. For as well as the D-Sub PC and PC audio inputs you’d expect to find on a monitor, you also get two HDMI inputs, three USB ports, an RF input leading to an integrated Freeview HD tuner, and built-in Wi-Fi able to a) access files (via PLEX) from networked DLNA computers or b) take you online. The sort of connections, in other words, that you would expect to find on a fully fledged Smart TV. 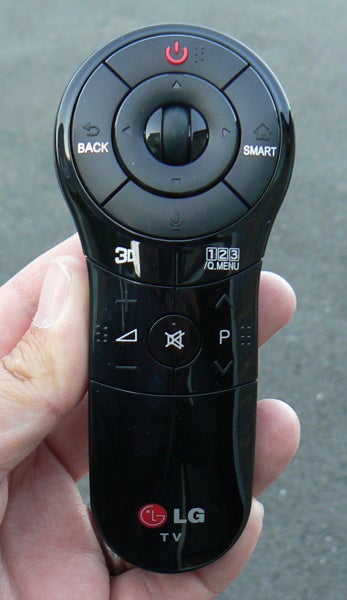 Which, it turns out, is exactly what the 27MT93 is. If you hit the Smart button on one of the two remote controls you get with the LG 27MT93, you are presented with exactly the same smart TV interface and content platform you get if you buy one of LG’s dedicated TVs.

This means you get all the countless infotainment apps, basic games, and best of all, streaming video services available to LG’s 2013 Smart TVs.

Admittedly, LG’s video streaming services aren’t as extensive as those of some rivals – most notably its key Korean rival, Samsung. But its highlights of the BBC iPlayer, Netflix, LoveFilm, Blinkbox, BBC Sport and KnowHow Movies are still better than the sweet nothing in video streaming terms that you get with most PC monitors.

You could, of course, argue that you don’t need video streaming on a monitor when you could just stream stuff through your PC instead. But this approach blurs the boundary between the PC and AV worlds in a way casual users may not be especially comfortable with, and also means you end up watching video through a device not totally designed for delivering video.

If you’re paying attention you’ll have noticed that we mentioned two remote controls a couple of paragraphs ago. This is pretty remarkable when you think that the vast majority of computer monitors don’t ship with even a single remote. But it’s all part of LG’s commitment with the 27MT93 to the idea that people relate to TVs and PC monitors in different ways.

In fact, the second remote you get with the LG 27MT93 is one of LG’s ‘Magic’ models, which allow you to select onscreen menu options simply by pointing the remote at the correct part of the screen and hitting the select button.

This Magic remote approach is a little more fiddly to use on a screen as small as the LG 27MT93 than it is on LG’s larger TVs, simply because you have less screen area to ‘aim at’. But it’s still a welcome and highly intuitive alternative to the more standard remote control.

The 27MT93’s onscreen menus continue the ‘monitor as TV’ theme by
looking exactly like those found on LG’s TVs. And they deliver pretty
much the same functionality – including providing a huge array of
video-friendly presets, video noise reduction circuitry, and even gamma,
white balance and colour management facilities.