So far we’ve been seriously impressed by how far LG has gone to deliver on the 27MT93’s ‘Monitor TV’ duality, especially considering that we’ve seen the monitor routinely selling for a smidge under £400 online. So we couldn’t help but be concerned that maybe the screen’s affordability might lead to some second-tier screen specifications.

Here again, though, it’s full of pleasant surprises, including a full HD 1920 x 1080 native resolution, edge LED lighting with a claimed contrast ratio of 5,000,000:1, a fast response time of 5ms, and the use of IPS technology to deliver a wider viewing angle. 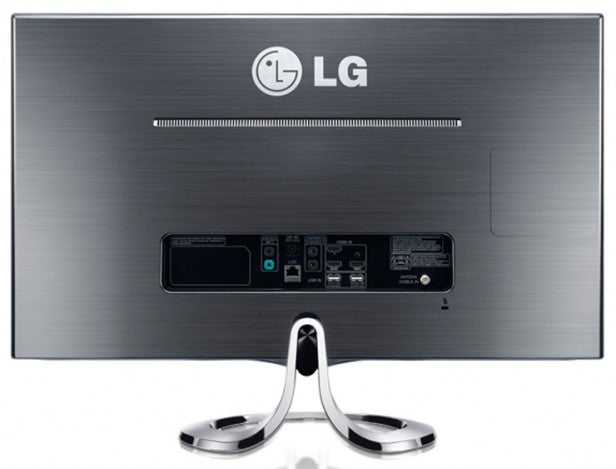 Perhaps most remarkable of all is the fact that the 27MT93 supports passive 3D playback, with two pairs of free glasses included with the monitor.

If anything, then, the 27MT93’s screen spec has merely underlined our incredulity about its price. So the only hurdle left to overcome is its performance.

Starting with its video playback, the pleasant surprises continue as the screen has a respectable stab at delivering a decent black level response. While there’s certainly more greyness over dark parts of pictures than you’d expect to see from one of LG’s dedicated TVs, the greyness is less dominant than it generally is with PC monitors, which tend to push brightness over contrast.

Also impressive is the sharpness with which the LG 27MT93 renders HD feeds from its built-in tuner or an HDMI player attached to one of the monitor’s two HDMIs. This sharpness even persists when the screen is asked to handle a lot of motion, sidestepping the pretty grim motion blurring and judder problems sometimes seen with affordable monitors.

Yet another area of video performance the LG 27MT93 does far better than your typical PC monitor is colour. Even if you just use the provided Cinema picture preset you get results that instantly look convincing and natural, avoiding the PC colour temperature bias prevalent in the monitor world. If you’re willing to delve into the inner workings of the white balance and colour management tools, moreover, you can manipulate colours remarkably close to the levels required by the key video standards.

So extensive are the 27MT93’s video calibration tools, in fact, that the screen has the backing of the Imaging Science Foundation (ISF), meaning you could pay an ISF engineer to visit and professionally calibrate the screen’s images using two provided ISF preset slots.

If we were feeling harsh and decided to consider the 27MT93’s video pictures in the context of a dedicated TV rather than a monitor/TV crossbreed, we’d have to say a good dedicated TV would generally give you a bit more contrast and brightness.

The 27MT93’s pictures don’t have the luminance to combat a bright environment like a kitchen or conservatory as well as you would expect a dedicated TV to manage. As we’ve hopefully made abundantly clear, though, compared with most PC monitors’ video playback, the LG 27MT93 is far better than the norm.

Used as the main TV for the review period
Tested for more than a week
Tested using industry calibrated tools, discs and with real world use
Tested with broadcast content (HD/SD), video streams and demo discs
Previous
LG 27MT93 Review Next
3D, PC use and Conclusions Review