All this and we haven’t even mentioned the LG 27MT93’s 3D talents yet.
Obviously there’s a pretty sound argument to say that a 27-inch screen
isn’t really big enough to make 3D video viewing a very convincing
experience, but it can be handy for 3D gaming, where you’re likely to be
sat nearer the screen while gaming than you are while watching TV.

In any case, there can be no doubt that the LG 27MT93’s 3D pictures are nicely presented, as their use of LG’s passive 3D system means you suffer no flicker or crosstalk. And you don’t really notice passive 3D’s slight loss of resolution on a screen as small as this.

So far, so good. But has its focus on video compromised the 27MT93’s performance as a PC monitor? Maybe. There is, for instance, a slightly stressy look to the edges of dark lettering, and shallow curves and small lettering betray a slightly jagged look that could be caused by the 3D filter that’s applied to the screen.

By far the worst problem from a computing – or, at any rate, gaming – point of view, though, is input lag. Even using the Game picture preset and turning off as much image processing as we could find, we still measured 66ms of delay in the LG 27MT93 producing pictures compared with just 6ms on our reference BenQ gaming monitor. The 66ms measurement is unquestionably enough lag to potentially impact your gaming skills.

The LG 27MT93 does do some things right with PC feeds too, though. Its colours look exceptionally vibrant and rich for a start, while still being easily configurable to the sort of temperatures and gamma levels best suited to PC inputs.

Its computer pictures are also exceptionally sharp, despite the minor jaggedness noted earlier, and the desire to produce a screen for both TV and PC use means PC feeds enjoy an unusually rich contrast performance – very handy for gaming so long as you’re not playing something affected by the input lag issue.

The last thing to cover with the 27MT93’s performance is its audio. And this is a bit average, to be honest, thanks to a rather compressed mid-range and a lack of volume. We’d recommend that you add a pair of decent external speakers at some point – something that needn’t cost the earth. 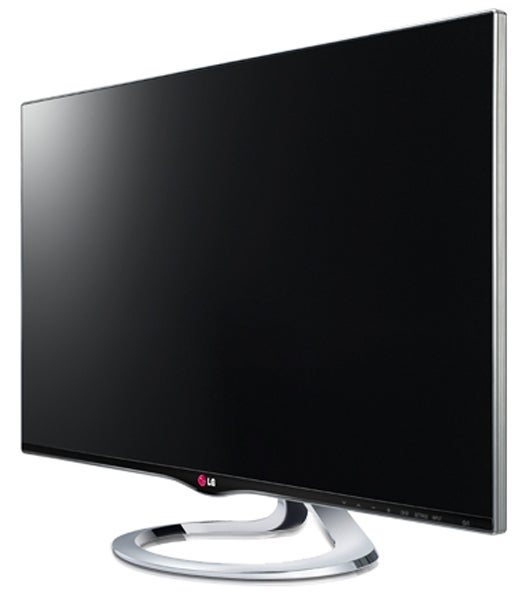 In many ways, LG has delivered remarkably well on its aim of producing a monitor that’s equally as at home with video content as it is PC content. Certainly it’s hard to think of any other monitor that blurs the boundaries so successfully in both feature and performance terms.

The extent of the L27MT93’s duality is sufficient, too, to make its sub-£400 price look extremely reasonable. In fact, really there’s only one thing stopping us from being able to give the 27MT93 a whole-hearted recommendation and that’s its high input lag, which is high enough to make the screen a no-go for serious gamers.

A thoughtfully balanced, beautifully designed and above all great value combi monitor TV only robbed of a Recommended badge by some rather high input lag. If you’re not a serious gamer, though, feel free to ignore this flaw and dive right in.