The Lenovo Legion 7 is a robust gaming notebook with a great screen and keyboard, and it’s got ample mainstream power – but more modern rivals are better options at this price. If you want the Legion, consider its more affordable versions instead.

Lenovo has been a bit of a latecomer to the world of gaming laptops, and the Legion 7 is the firm’s attempt to gain ground against big players like Asus and Alienware.

But can it deliver the goods with real-time performance? After spending over a week with the laptop, here re my thoughts.

The Lenovo Legion 7 doesn’t look that exciting when you haul the machine from the box. Boot the notebook and it comes to life, with a ring of customizable RGB LEDs around the laptop’s base, in the air vents and in the lid’s Legion logo.

This is not an ugly laptop, but it does look a little strange: the body is made from gunmetal aluminium and, until all those lights activate, it looks a bit like one of Lenovo’s renowned business portables. It’s certainly not got the monochrome luxury of the Alienware x15 and x17, or the balls-out brashness of the Asus ROG Strix Scar 15.

The Legion is a laptop of two halves in practical areas, too. Build quality is exceptional, with no significant movement in any area, but its 2.5kg weight makes it heavier than the Alienware x15 and Asus laptop, and its 24mm-thick body is chunkier than the Dell. That’s no surprise given that equivalent x15 and Asus rigs cost at least £2399 / $2399 / €2399, but it’s worth noting if you want a particularly slim or light laptop.

The Legion’s keyboard is robust and crisp, with a fast typing action and a numberpad – it’s well built for gaming workloads. The Alienware has a slightly sharper typing action, but there’s little to choose between the two. You’ll only get something that feels significantly weightier if you buy a notebook with low-profile mechanical hardware or if you opt for the Asus and its 2mm of travel.

The trackpad is fine, but it’s positioned on the left-hand side of the laptop and it’s too easy to jog while you’re using the WASD keys. If you want frustration-free gaming, connect a mouse.

Each side of the Lenovo houses a USB 3.2 Gen 1 Type-C port, with one supporting DisplayPort, and at the back there’s a faster Type-C connection alongside three full-size USB 3.2 Gen 1 ports. All those rear-mounted ports have power delivery. The Legion also has an HDMI 2.1 output, and connectivity comes from Gigabit Ethernet, dual-band Wi-Fi 6 and Bluetooth 5.1. It’s got good speakers too, that produce loads of bass and plenty of crisp treble detail.

Above the display there’s a 720p webcam with a privacy shutter, but it doesn’t support Windows Hello. The Legion also omits fingerprint reading, so there’s no biometrics. The Legion also has no card reader, and AMD internals mean no Thunderbolt support.

The Lenovo Legion 7 gains back ground in the display department. At 16in, the screen is a tad larger than the 15.6in panels in both rivals, and that bodes well for extra immersion. Its 2560 x 1600 resolution delivers crisp gameplay, and the 16:10 aspect ratio means you get a bit more vertical space than the Alienware and Asus machines, which means more space for work and play.

Quality levels are good, too. The peak brightness level of 466 nits is vast and enables indoor and outdoor use, and the contrast ratio of 1084:1 is high enough to supply vibrant colours and plenty of range. The delta E of 1.19 is accurate, and the panel renders 96.7% of the sRGB gamut – fine for mainstream gaming.

The gamut volume level of 101.6% is good, if a bit lower than the figures supplied by those rivals, so the Lenovo is more realistic and muted – for many people and in many games, that’s a good thing.

The Legion’s panel is not perfect. While its 165Hz refresh rate and Nvidia G-Sync compatibility are ideal for any single-player game and fine for mainstream eSports, the Alienware and Asus machines run at 240Hz and they’re even faster if you spend more.

The Lenovo Legion 7’s Nvidia GeForce RTX 3080 has a generous 165W power limit and it’s the beefier 16GB version of the GPU. It also features an AMD Ryzen 7 5800H with eight cores and a top speed of 4.4GHz. The Legion has 16GB of DDR4 memory and a 1TB Samsung SSD that produces middling read and write speeds of 3576MB/sec and 3013MB/sec.

None of this hardware is bad, but it’s a generation behind the curve – the Legion’s competitors have DDR5 memory and PCI-E 4 SSDs alongside newer GPUs and CPUs.

The Lenovo’s RTX 3080 averaged 96fps in Horizon Zero Dawn at 1080p and hit 88fps at the machine’s native resolution. It played Borderlands at 76fps and 60fps at those resolutions, and the eSports-friendly Rainbow Six Siege averaged 246fps and 201fps in. Those are good results.

There’s enough pace here to handle any single-player game at a smooth framerate, no matter how demanding, and eSports games will easily run at the speeds needed by the 165Hz display.

If you’d like a bit more juice from the Legion, its Performance mode improved that Time Spy score to 11,382, and it was eight frames faster in Borderlands and ten quicker in Rainbow Six. That’s welcome extra grunt, and the noise levels are never bad – you get a bit of extra fan output in Performance mode, but the Legion is consistently manageable.

AMD’s processor is fine, but this is another component that’s starting to show its age. Its single- and multi-core Geekbench results of 1360 and 7141 are decent, and they’re good enough to handle multi-tasking and mainstream content-creation tasks.

However, the Alienware now uses Intel’s Core i7-12700H and the Asus deploys the i9-12900H, and both score beyond 9500 points in that multi-core benchmark. The 5800H is not slow, but an Intel Alder Lake laptop or a newer Ryzen chip would all be better choices for content creation and tougher workloads.

The Legion is available with a beefier Ryzen 9 5900HX CPU, but that chip still can’t match those newer Intel parts and the laptop is more expensive when you make that upgrade – so it’s poorer value when compared to the x15 and Asus.

Indeed, the Legion’s best value comes when you look lower down the range. It’s available with RTX 3070 graphics cores for £1799 / $1749 / €1799 and with the RTX 3060 for £1399 / $1509 / €1499, and the rest of the specification stays broadly unchanged. Those laptops won’t compete with the Asus and Alienware systems for speed, but they’re far better options if you’d like mainstream gaming power without spending quite as much. And, importantly, the Legion’s older components and deficiencies are easier to forgive at the lower price.

If you’re interested in spending £2000 / €2000 / €2000 or a bit more on a gaming laptop, I’d recommend the Alienware or Asus models – even if they’re a tad pricier than the Legion, your money goes far further. The Legion is only worth your cash at its lesser spec levels.

The Lenovo Legion 7 lasted for an hour and fifteen minutes during a gaming benchmark, which is an entirely ordinary result for a gaming notebook.

The Lenovo coped with four hours of everyday work with the screen at 150 nits and just over four hours of media playback outside of gameplay. They’re mediocre results that lag behind the Asus, but they’re no surprise for a high-end gaming laptop.

You’d like a big-screen gaming laptop on a budget

The Lenovo’s large, high-quality display makes games look great, and it’s a veritable bargain if you opt for cheaper versions of this laptop.

You want the latest technology and sleekest design

The Legion’s components look a little long in the tooth, and rival machines have newer hardware and look sleeker and more modern.

The Lenovo Legion 7 offers good gaming pace, a top-quality screen, a robust design and a solid keyboard, but its pricier models suffer in comparison to newer, sleeker and faster rivals. If you’re considering this big-screen machine, opt for its cheaper versions instead. 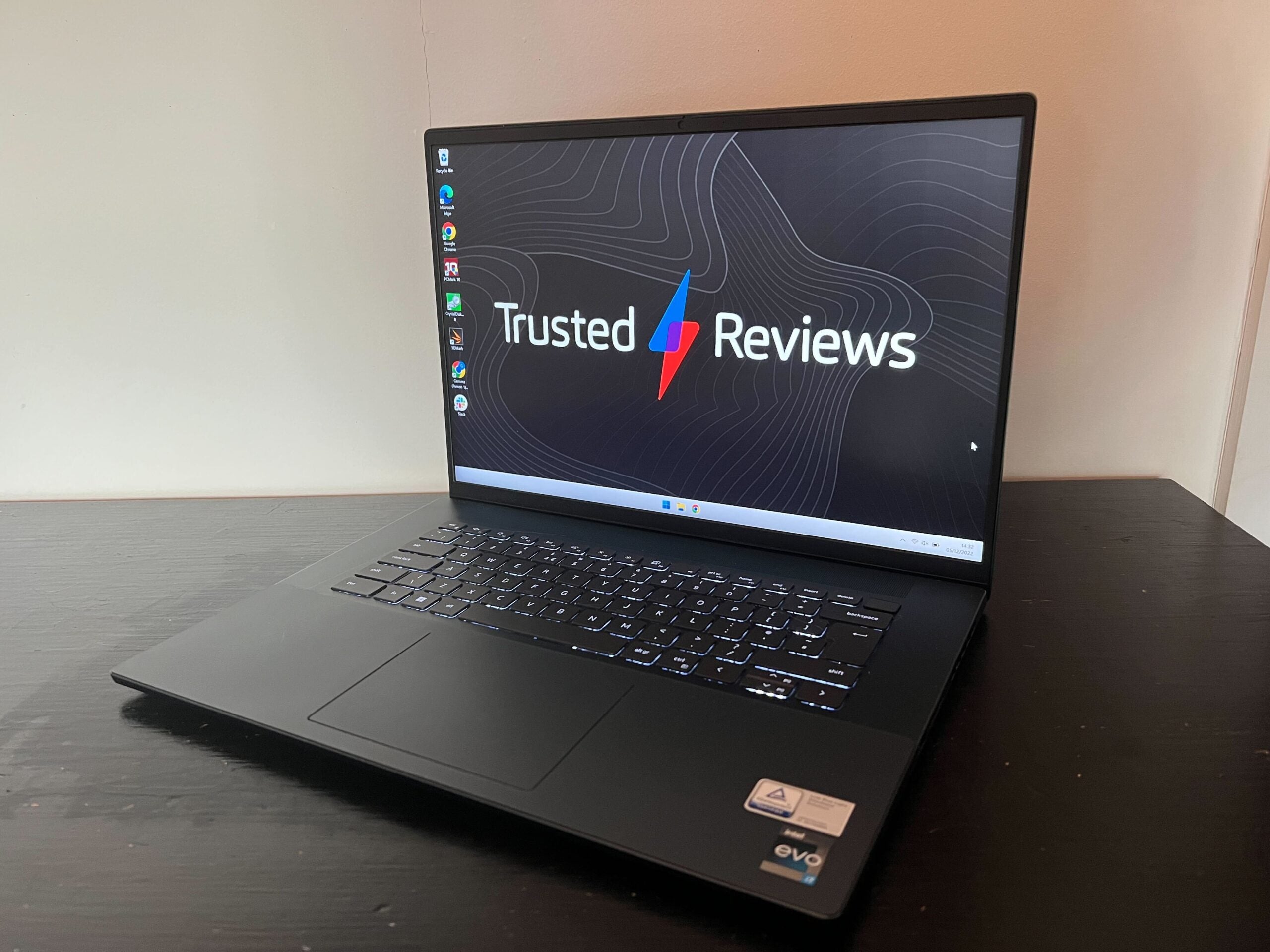 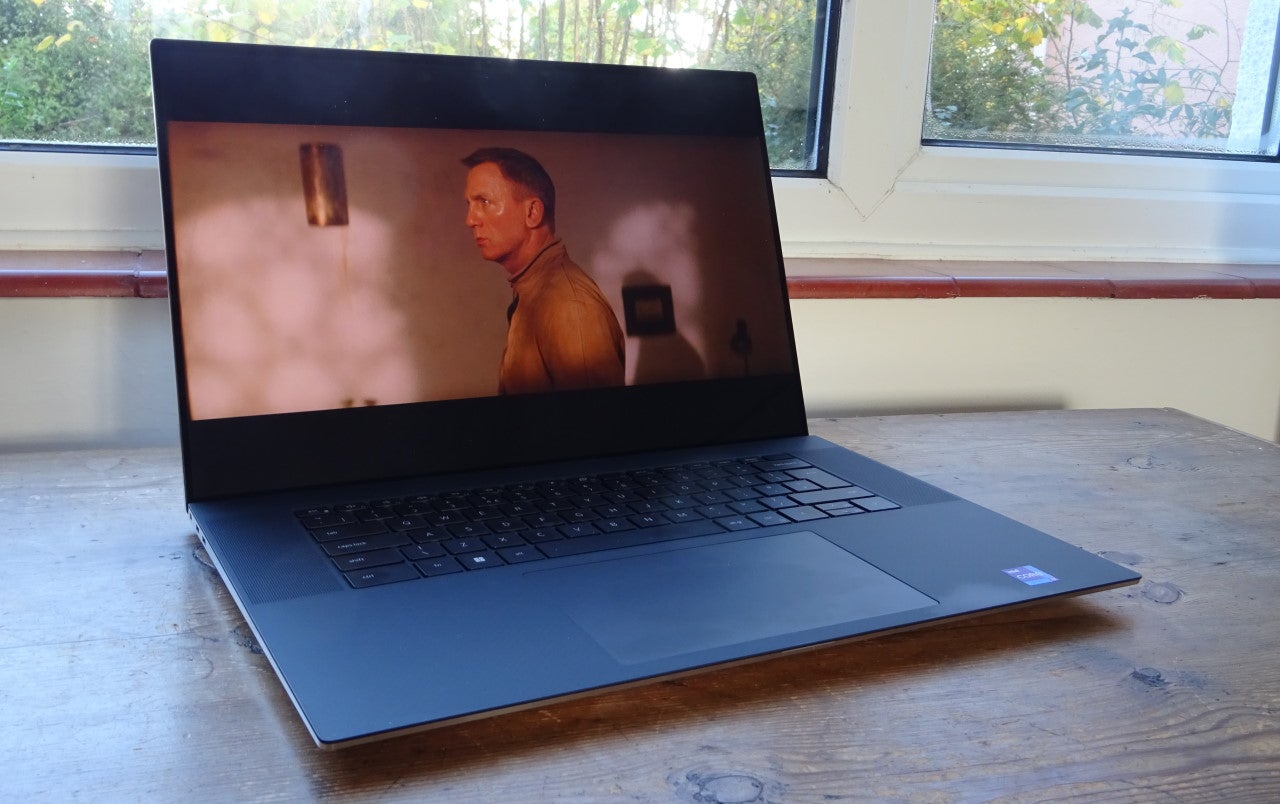 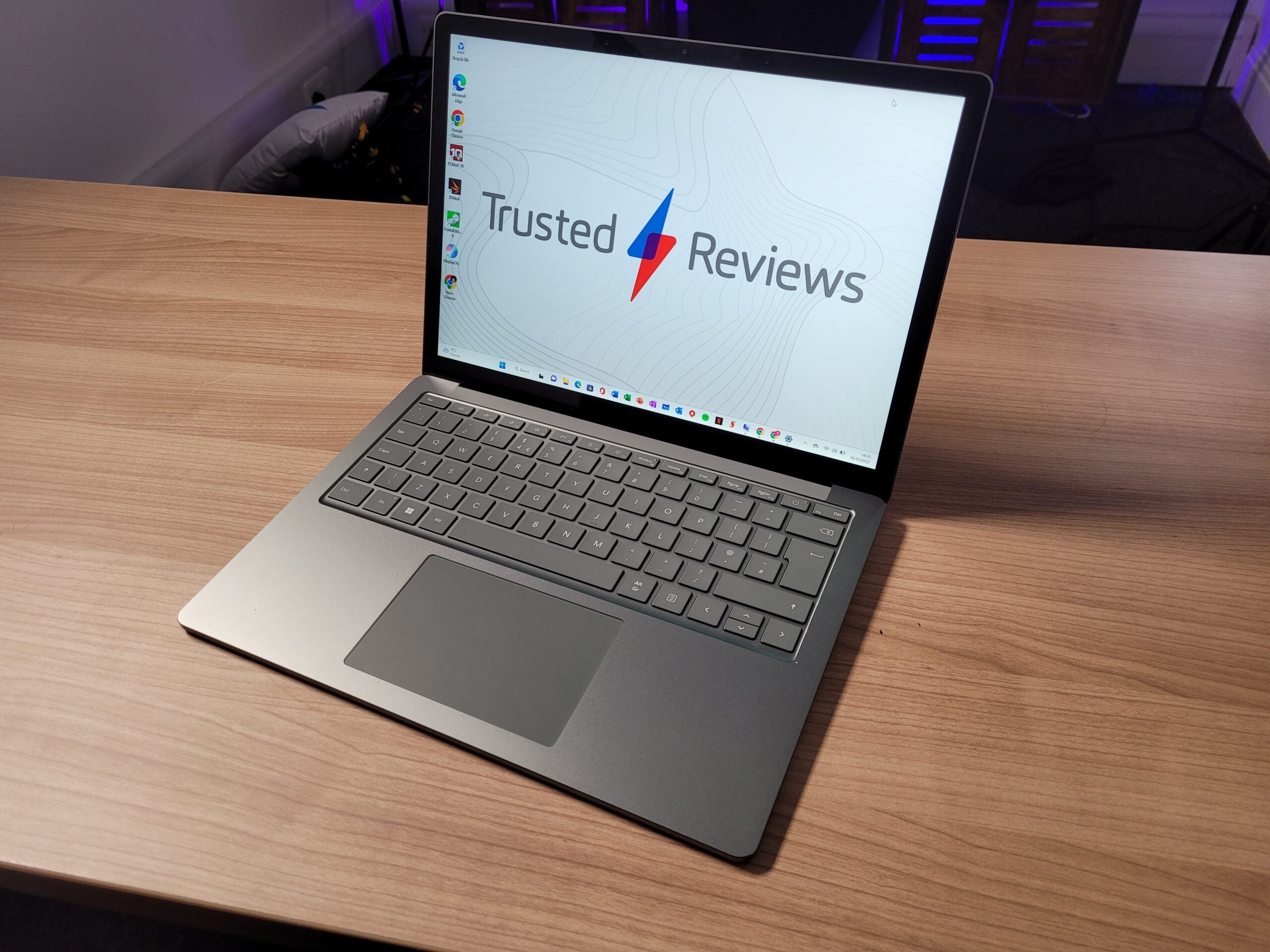 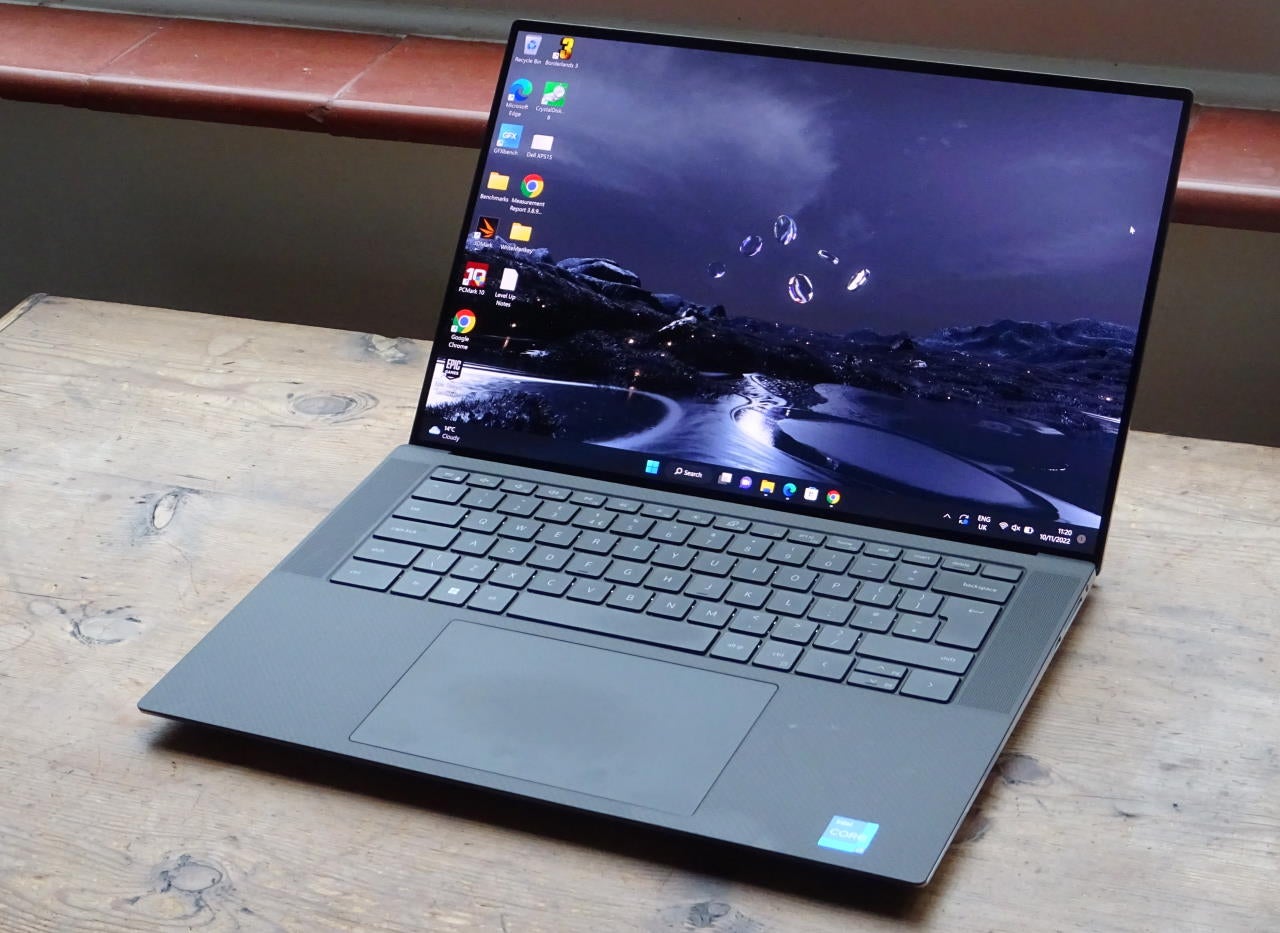 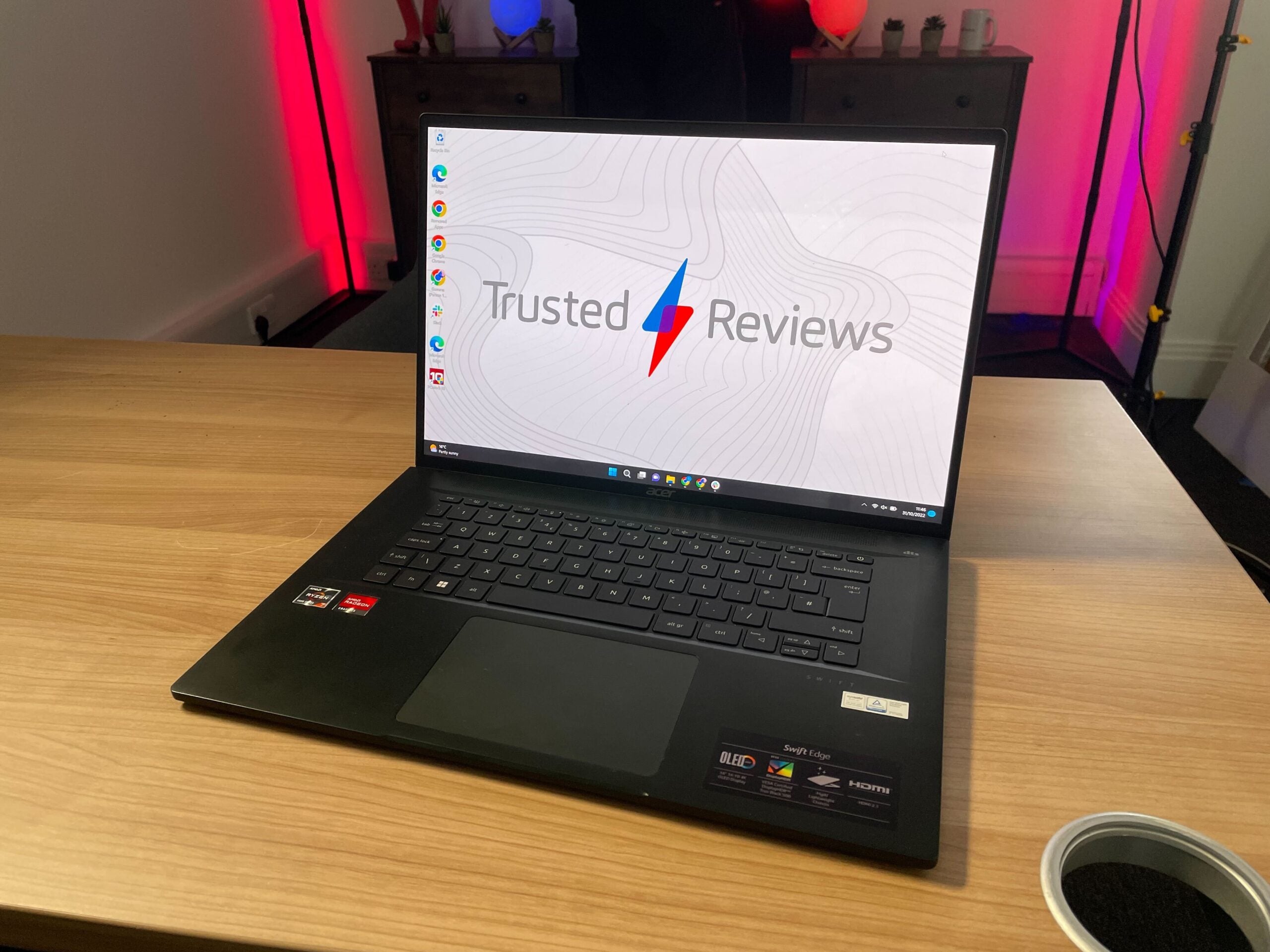 What warranty does the Lenovo Legion 7 have?