Of course, it’s a bit unexpected that this most faithful of adaptations is constructed around chunky Lego minifigures and virtual plastic bricks, and that it’s one rolled out with a wink and a chuckle rather than hushed reverence and spellbound awe, but then that’s always been the Lego way. Lego Lord of the Rings does for Middle Earth what Lego Star Wars did for the whole Skywalker Saga, what Lego Harry Potter did for Harry and Hogwarts and what Lego Indiana Jones did for Raiders and its sequels. In fact, it does it even better. 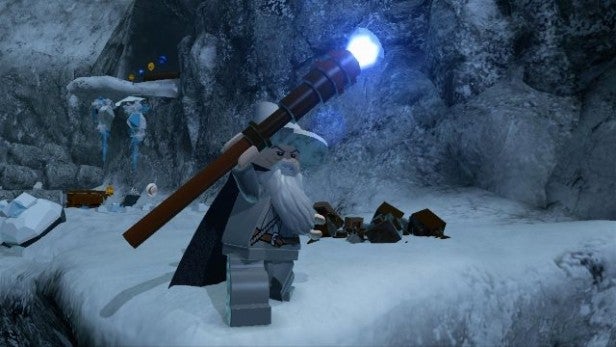 Lego Lord of the Rings Storyline

The big surprise is how focused Lego Lord of the Rings is on the settings and the story. Where previous Lego games have presented us with hubs from which to go off and visit scenes from the different movies, Lego Lord of the Rings takes you on a trail through Middle Earth, following the events of the films from the prologue in Mordor through to Hobbiton, Moria, The Dead Marshes, Helms Deep, Isengard, Minas Morgul and Minas Tirith right through to the climax in Mount Doom. You’re actually free to roam along the trail, or even use a map to fast-travel to discovered statues, but Lego Lord of the Rings doesn’t encourage a dip in and dip out approach – at least at first. It wants you to experience Lord of the Rings as performed by a cast of Lego minifigures.

This won’t be a struggle. The game ingeniously uses the original voices and the original music, juxtaposing both with the cute Lego characters and some very silly sight gags in a way that would make all but the dourest of Tolkien fanatics smile. If you don’t grow to love Gimli’s reframing as a teary-eyed softie or Boromir’s new scene of execution, then you really need to lighten up a little. It all looks gorgeous – technically this is TT Game’s most impressive outing yet – and it’s also the most inventive and refined variation of the Lego gameplay we’ve seen yet.

Lego Lord of the Rings Gameplay

The basics are as usual. The main story sequences are effectively simple platform levels with a little combat, a lot of objects to break and studs to collect, and a few, fairly straightforward puzzles. Each Lego character has specific abilities, whether it’s Sam growing plants and lighting fires, Gimli smashing certain surfaces, Gandalf levitating objects or Legolas shooting arrows and walking tightropes. Most of the puzzles revolve around one character using their abilities to circumvent one barrier so that another character can have a chance to showcase theirs, and it all has this smart, enjoyable flow. The beauty of Lego Lord of the Rings, as was the case with this year’s Lego Batman 2, is that it’s never too hard for kids to play on their own but it’s also got enough challenge to keep adults from getting bored. You can’t die permanently – though dying temporarily will lose you precious studs – so it’s never what you might call frustrating. 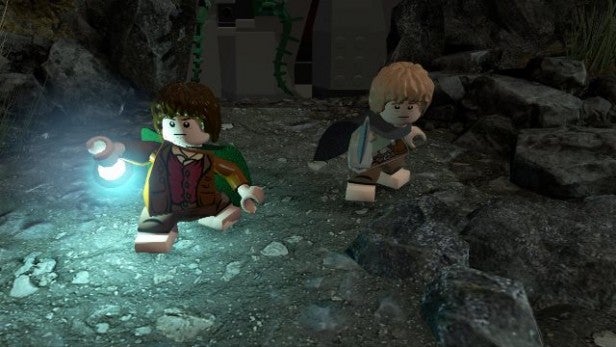 Lego Lord of the Rings makes a few adjustments to the formula. In most recent Lego games you’ve had to pick up objects and use them, but this one is the first where you can carry more than one at a time, with a handy inventory wheel. Objects can also be combined, so a handle and a head becomes a hammer, while a rod, like and hook become a fishing rod. Lego Lord of the Rings also features crafting, where designs for different tools or objects can be discovered, then formed in the forge at Bree using whatever Mithril silver blocks you’ve managed to collect. These forged items will make life that bit easier, though you won’t get access to many through your initial run through the game.

Lego Lord of the Rings Features

This is a Lego game full of standout moments, partly because it wisely takes those standout moments from the films. Sneaking past the Black RIders on the path to Bree becomes a tense passage of puzzles and (very simple) cat-and-mouse stealth. The siege of Helm’s Deep becomes a series of battles, crowned by a glorious sally right out of The Two Towers. Frodo and Sam’s escape from Nazgul in Osgiliath becomes a brilliant sequence of combat and puzzling, as you switch between Frodo, Sam and Gollum in one plane of the action, and Faramir providing support with his bow in the other. 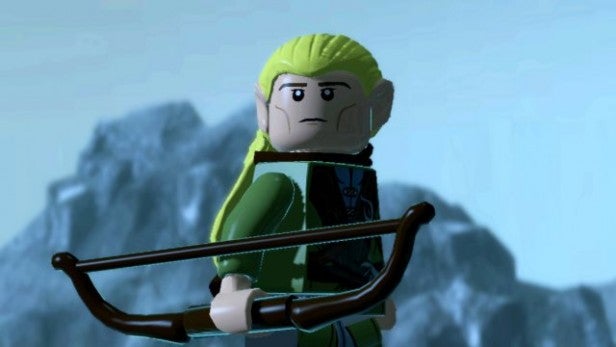 And, like Lego Batman 2, Lego Lord of the Rings is a game of hidden depths. As with every Lego game, there’s the lure of collecting characters, retrying missions with new heroes and new abilities, and working your way towards the maximum score in each level. Even before you’ve cracked the main adventure, you’ll start to note secrets, additional side-quests and the huge number of forge designs and characters dotting the landscape, In every town and major location there’s someone wanting something, whether it’s just a lost pot or a Mithril top hat. Getting them what they want won’t be easy – some of these missions involve multiple activities – but it’s the only way to get yourself the perks that will make 100% completion that bit more possible. 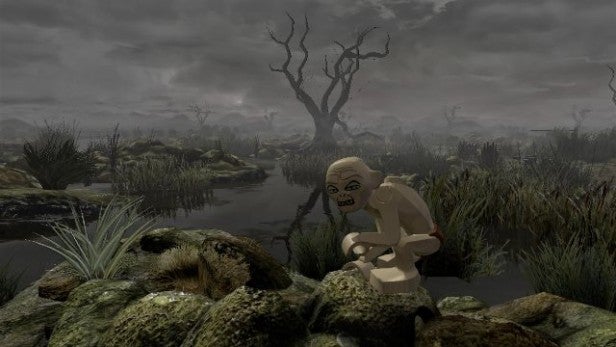 Combine these more sophisticated bonus objectives with the massive explorable landscape, and you have a Lego game with an already very meaty main campaign, but an even more satisfying endgame. It’s always fun in single-player, but it positively shines when played in split-screen co-op, which is how any Lego game should ideally be played.

Lego Lord of the Rings has its share of minor problems. The way the B button doubles as an inventory button and an action button causes the odd annoying slip-up, and fixed camera angles make a handful of precision jumps as frustrating as they were in previous games. It’s not always quite clear enough where you have to go and what you have to do in the side quests, and some of the features of the map aren’t really explained – you’re left to work them out for yourself. 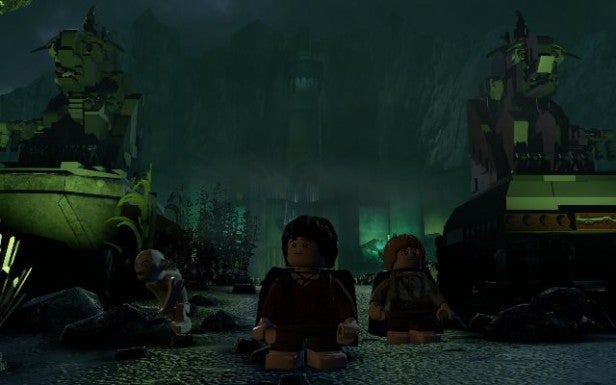 As complaints go, though, we’re talking pretty small beer – the kind of niggling that had some people moaning about Fellowship of the Ring because the Tom Bombadil bits had been mercifully cut out (funnily enough, Tom does make it into the game), The fact is that this is a brilliant, hugely enjoyable and richly satisfying game, that works as well as an affectionate tribute to the movies as it does a game to play with the kids.

Lego Lord of the Rings Verdict

Not simply the best Lego game to date but the best adaptation of The Lord of the Rings as well. Refinements to the Lego formula make the bash and build gameplay even more entertaining, and a deeper, richer questing and collecting end game make this a serious keeper. Best of all, it’s a hugely lovable homage to an exceptional series of films. You’d need to be a Nazgul not to love it.