Available for iOS and Android
Whether you use a dating app or you’ve been set up by your friends, there’s one thing you can always count on a first date being, and that’s awkward. The stunted conversations, the muted disagreements, even the post meal flatulence – most of the above rear their ugly head in any first encounter, and all are equally represented in Kitty Powers’ Matchmaker.

Though, on the surface, setting up dates is the focus of play, matchmaking is in fact a ruse to pulling together a collection of different mini games; some are a matter of memory, others a question of luck, but more importantly, most of them are entertaining. 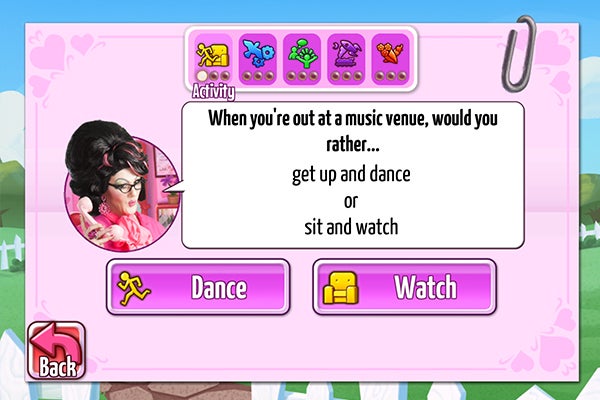 Hosted by the aforementioned Kitty Powers – a typically glamorous drag queen with a wit as sharp as her hair is high – Matchmaker charges players with finding promising dates for candidates that wander into her agency. With only scant details to hand, basic likes and dislikes, the challenge is to pick one of the matches pushed forward by the agency and then manage the resulting date.

This is where play really takes off.  Dates are essentially split into three sections, each one governed by a pull on Kitty’s stick, but the goal in all cases is the same: say whatever you think your date wants to hear. 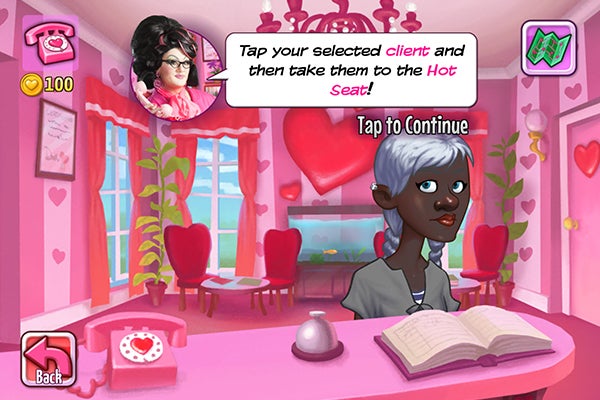 Telling an interesting anecdote, for instance, relies on your ability to play a mini game of Pelmanism, flipping over cards to find a pair in three tries. Similarly, if you want to impress your date with your knowledge of food, talking up the chef at the end of a date comes down to remembering a sequence of button presses. Want to order your date a cab to end the night on a high? Pin down to memory the cab company’s phone number as given by the waiter.

Other games, however, come down to elements beyond your control – i.e. how well matched the personalities of the two folk are. Whether it’s finding out about the date’s hobbies or giving your opinion on their clothes or even facial hair, you run the risk of alienating them if you’re entirely truthful. As such, you can sweeten the deal with the odd lie or two, though you’ll only get away with it if a spin of the wheel determines that your fibbing is believable. 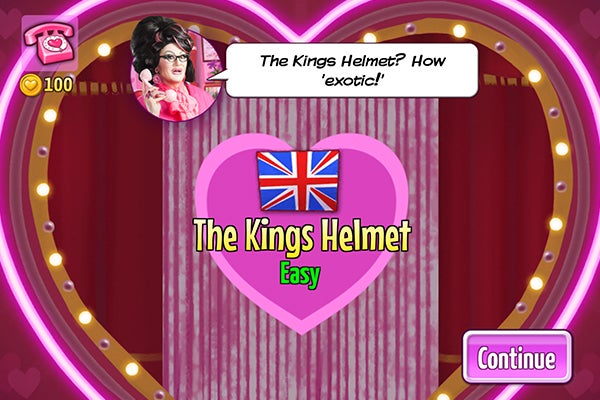 And getting away with the odd lie – as well as the aforementioned memory games – is important, because all dates operate via a ‘three strikes and you’re out rule’. Upset your date three times in one encounter and they’ll simply up and leave. Even a minor disagreement can leave them nonplussed at the end of the night, making a relationship or even a second date simply out of the question.

What you soon learn, however, is that some dates simply aren’t worth saving. Though your reputation as a matchmaker rises the more suitable couples you bring together, no relationship is set in stone. Lie too many times in one date and you may find that, a day or two down the line, an email lands in your inbox informing you that the pair in question have split up, with your standing taking a hit as a result. 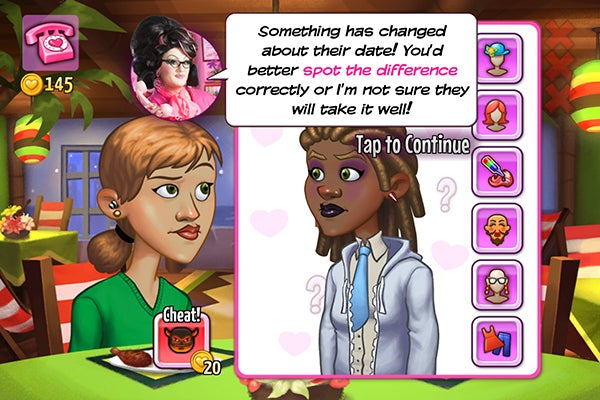 It’s a lesson that, slowly but surely, begins to impact on your decision making. If the first date was something of a blow out, for instance, why bother setting up a second one? Short term match ups aren’t what Kitty Powers’ Matchmaker is about and, if you want to top your friends’ weekly scoreboards, finding the right match is more important than simply finding any match at all.

What this leaves you with is a very potent mobile storm; play sessions that are easy to grasp, highly engaging, but come in very short bursts. As such, Kitty Powers’ Matchmaker is the ideal quick fix, with just enough humour and character to keep things entertaining and a rising level of difficulty that keeps things interesting for a week or two. Long-term engagement, however, relies on Facebook friends also taking on Kitty at their own game, with daily reports on your standing amongst them landing in your virtual inbox designed to keep you invested in play. 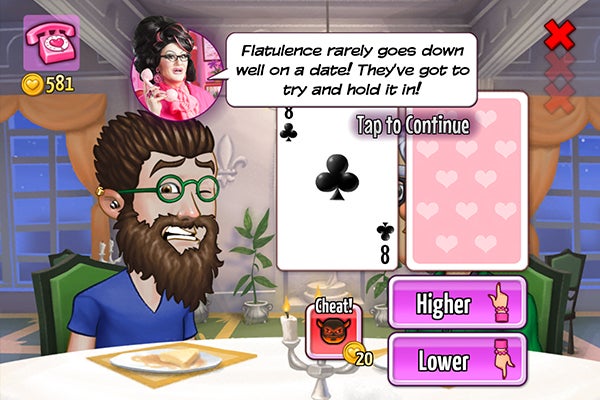 Just whether the mini-games on their own have enough depth to keep players on board beyond a few weeks’ play is likely to be a matter of personal taste – for many, their intentionally simple nature could also turn out to be their downfall. However, for just as many as it puts off, the sheer accessibility of Kitty Powers’ Matchmaker is likely to win it many fans in the weeks ahead, even if it proves to be  something of a whirlwind romance rather than a full on marriage.

Verdict
Light when it comes to delivery but fairly intense in short bursts, Kitty Powers’ Matchmaker has enough character to string together what is essentially a collection of mini-games into a competent dating simulator, though its longevity may be called into question for more committed gamers.