What are the KitSound Immerse Wireless Headphones?

The Immerse are KitSound’s attempt to create the ultimate value for money headphones. They aim to offer buyers a solid set of over-ear wireless headphones complete with ANC (active noise cancellation) for £60.

The ANC isn’t the most powerful or reliable on the market, and like all sub-£100 sets, there are compromises to audio quality. But even with these issues, there’s no denying the KitSound Immerse offer fantastic value for money and are pretty much the only decent choice out there for folk looking for wireless, ANC over-ears at this price.

It’s just a shame that paying even slightly more will get you an all-round better pair of headphones.

Visually, the Immerse headphones are nicely understated, which is rare at this price. Unlike the AKG Y50, House of Marley RISE BT and sea of cheap Skullcandy sets flooding the market, the Immerse are pleasingly free of bright colours or ridiculous moulded plastic flourishes.

Some people – by which I mean teenagers – might bemoan the lack of visual flare, but I’m a big fan of the understated look. The plain black unit I reviewed is one of a select number of over-ear affordable sets I’d happily wear in public without feeling like a complete tool.

From a functionality perspective the Immense also tick most of the right boxes. The headphones are foldable, which makes it easy to store them in a backpack or satchel. The basic forward, back, volume and power controls are also conveniently located on the rear side of the right-hand cup, while the ANC control sits on the left cup.

Charging is handled by a bog-standard micro-USB cable. With every day use, the quoted 12-hour battery life proved reasonably accurate with ANC turned off. With ANC on, I never managed more than six-to-eight hours’ use, which is pretty standard. 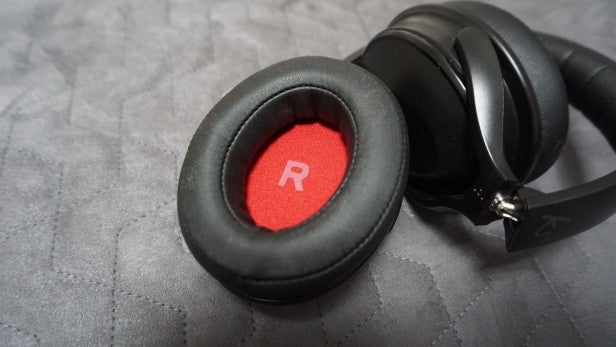 Fit is a little on the loose side, but the headphones generally offer good enough sound isolation for home and street listening, even with the ANC off.

My quibble with the design is that up close the headphones feel a little flimsy. They’re made of a mix of matte plastic and faux leather, neither of which feel particularly solid. The headband in particular felt on the verge of snapping when even moderately flexed.

The lack of a working sleep/power saver mode is also fairly annoying. Despite offering decent battery life, the headphones have a tendency to continue oozing charge when music isn’t being played. This meant that I regularly woke up to find the Immerse headphones as dead as a dodo, having forgotten to manually turn them off. 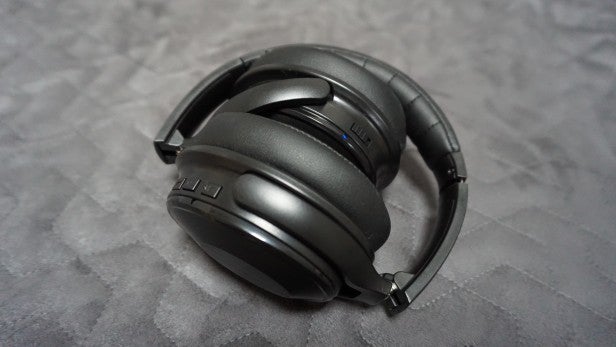 Audio is one area of technology where, in general, you get what you pay for. Despite great work by manufacturers such as KitSound to bring previously top-end tech to the lower end of the market, this remains true with the Immerse headphone’s ANC.

The headphones are marketed as being able cancel up to 25dB of background noise. As a frame of reference, top-end ANC headphones regularly handle as much as 95dB. The figure here means the ANC is usable in quieter environments such as offices and home listening, but nowhere near powerful enough to drown out background noise when travelling on trains or planes. 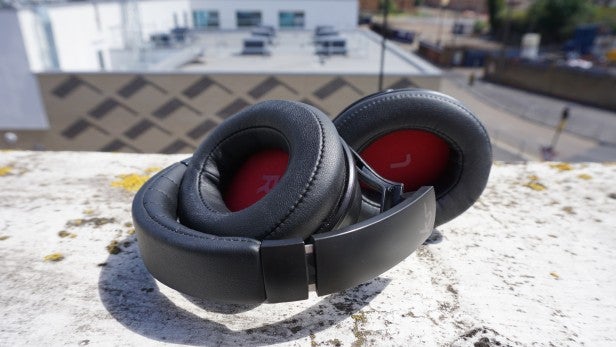 Audio doesn’t come close to matching headphones a little pricier, such as the Plantronic BackBeat PRO 2, but for £60 the Immerse’s sound quality is pretty good. The headphones don’t make the classic mistake of overly pushing the low end, or trying to mask poor tonal balance by cranking the maximum volume levels to eardrum splitting, distorted levels.

By capping the volume, the high-end is generally free of distortion. Mids are discernible and pleasingly free of sibilance, which is something that often creeps in on cheaper sets. For people who just want to listen to Spotify on the commute to work, the sound is more than adequate and a clear cut above competing sets such as the House of Marley RISE BT.

The only serious issue is that the Immerse headphones don’t provide a particularly good detail definition. Subtle elements are not sufficiently separated. Listening to jazz, it was at times hard to separate the rumbling double-bass from the bass drum and lower range of the piano.

Progressive rock tracks, which on even moderately more expensive sets were a wonderfully textured mix of parts, sounded a little flat and lost much of their more subtle elements. Being fair to KitSound, this is an issue on pretty much every set of headphones I’ve tested at this price – it’s just something to be aware of. 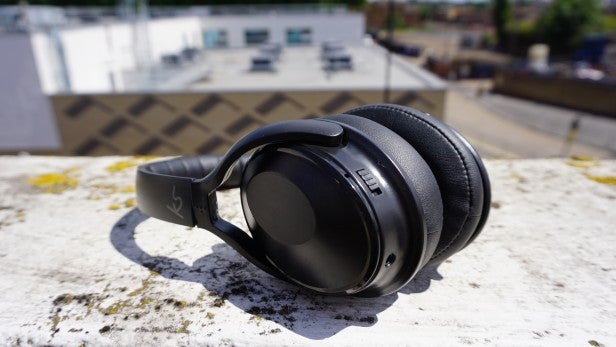 Should I buy the KitSound Immerse?

If you’re not a fussy music aficionado and are on the market for a workhorse pair of wireless headphones for day-to-day use, the KitSound Immerse are a solid choice.

Although the ANC isn’t the most powerful around, its presence on headphones this affordable is to be applauded. Add to this reasonable battery life, understated design and listenable sound quality and the Immerse rightly earn their place as one of the best value for money headphones in the sub £100 market.

The only serious downside is that if you jump just one price tier up, there are a multitude of radically better sets, such as the Plantronics BackBeat PRO 2.

Great-value headphones, ideal for non-fussy commuters on a budget.