While the KitSound Diggit 55 is more a speaker for background listening than critical appraisal, it does offer fantastic value for the money. The bass is a tad underwhelming, and the unit isn’t fully waterproof – but at £50, we have few qualms about the KitSound’s Diggit 55.

With parties and gatherings rather scarce, you could say the KitSound Diggit 55 entered the market at an inopportune time.

The Diggit 55 is an outdoorsy Bluetooth speaker for use with groups of people. Without that, you might wonder about its purpose.

But the original KitSound Diggit was a fine speaker, and the Diggit 55 carries a few upgrades that bring even more value for the tidy sum of £49.99.

KitSound Diggit 55 design – Staking its claim with a few tweaks

Much like we wrote about the original, the Diggit 55 looks like something you’d find at a garden centre rather than an electronics store. If you saw it without packaging then you might assume it was something other than a Bluetooth speaker – a bird feeder, say. Nevertheless, the Diggit has more style than the majority of Bluetooth speakers at this price. The use of faux wood lends it a natural look, while the fabric mesh that covers the majority of its body implies a degree of ruggedness, which in my garden should mean it isn’t scratched or nibbled to bits by foxes or cats. 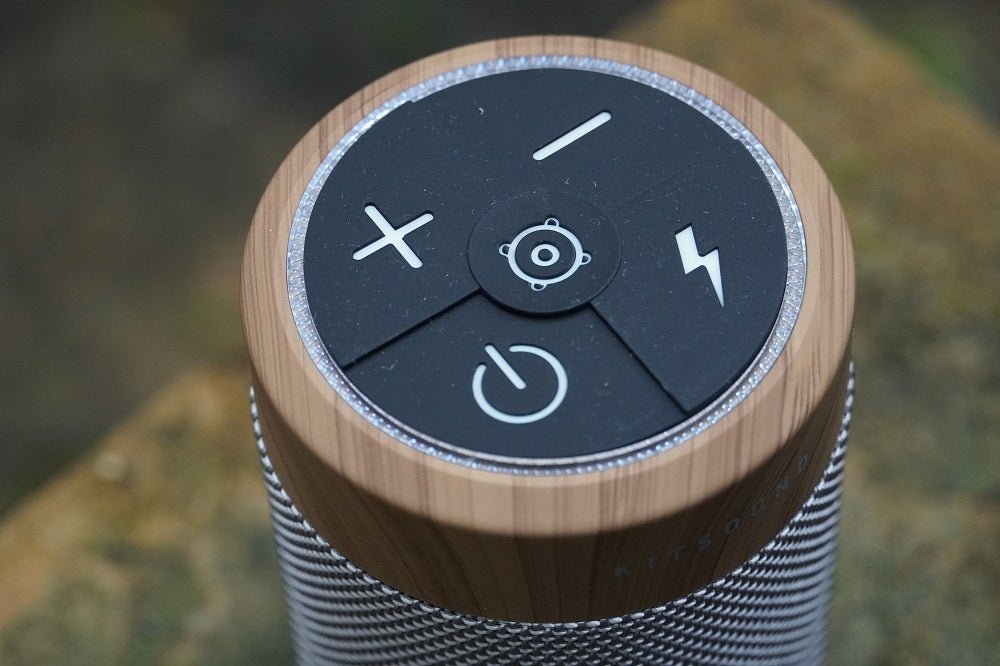 It further echoes the original with its rubberised buttons (power, volume up/down, EQ and battery notification), a ring of LED lights (top and bottom) and rubber flap that covers the micro-USB and AUX inputs to stop ingress of water and dust. The placement of connections has been tweaked, now sitting at the bottom instead of the top. 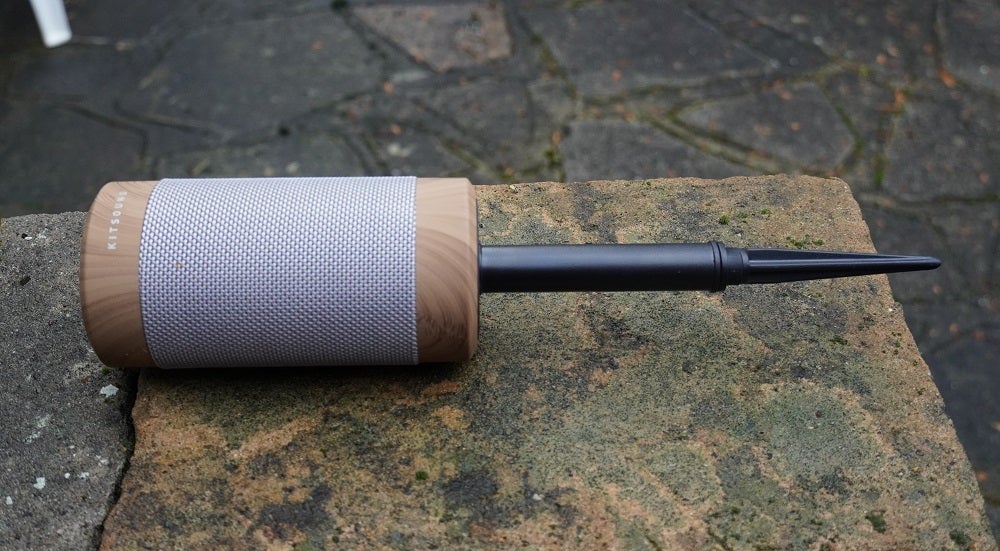 Then there’s the stake for digging the KitSound into the ground. The clearance should allow sound to travel further, unencumbered by the earth beneath it. Word of warning, though: I found that soft ground can lead to the bottom half being sucked into the mud when you pull it back out. Where you’ll put the stake when it isn’t in use is something you’ll have to figure out. Other accessories include a USB and 3.5mm cable for charging and wired connection to portable devices respectively.

The Diggit 55 is water-resistant – not waterproof – with a IP66 rating. It should be fine against dust and dirt, but less so with inclement weather. A brisk, light shower might be fine; but anything more could spell trouble. And don’t drop it into water, since it’s unlikely to survive the drenching. 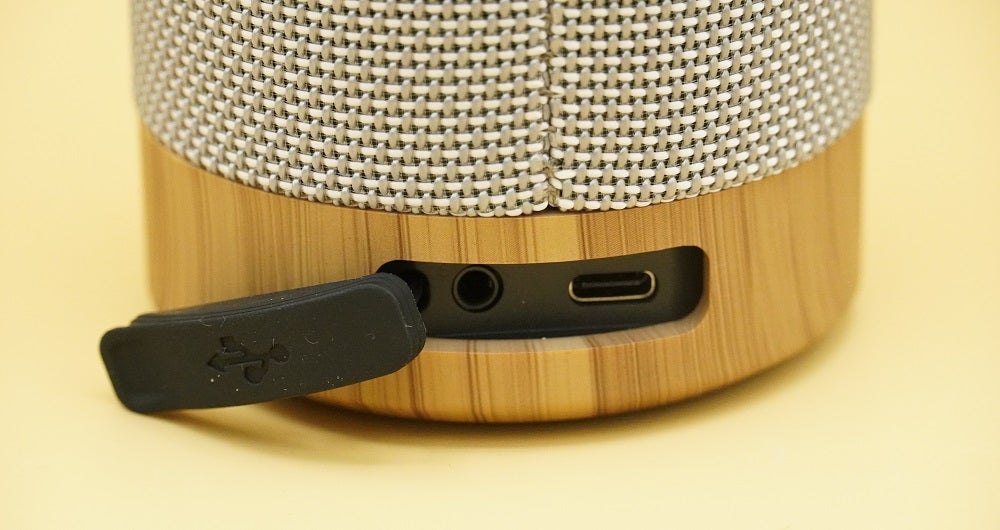 The ring of LED lights do more than produce night-time ambience. They indicate various states: low battery (red flashes), charging (solid red) or when it’s pairing (white flashes). The power button is play/pause, while a hold on the volume up or down button skips forward or back. All fairly straightforward. There’s no app, in case you were wondering; this speaker works the old-fashioned way.

Want a bigger sound? Two Diggit 55 speakers can be paired to create stereo channels and, happily, the process is exceedingly simple. Power on a second Diggit, hold them together with the logos touching – like two footballers squaring up tête-à-tête; wait for a voice notification and then a second that confirms successful pairing. 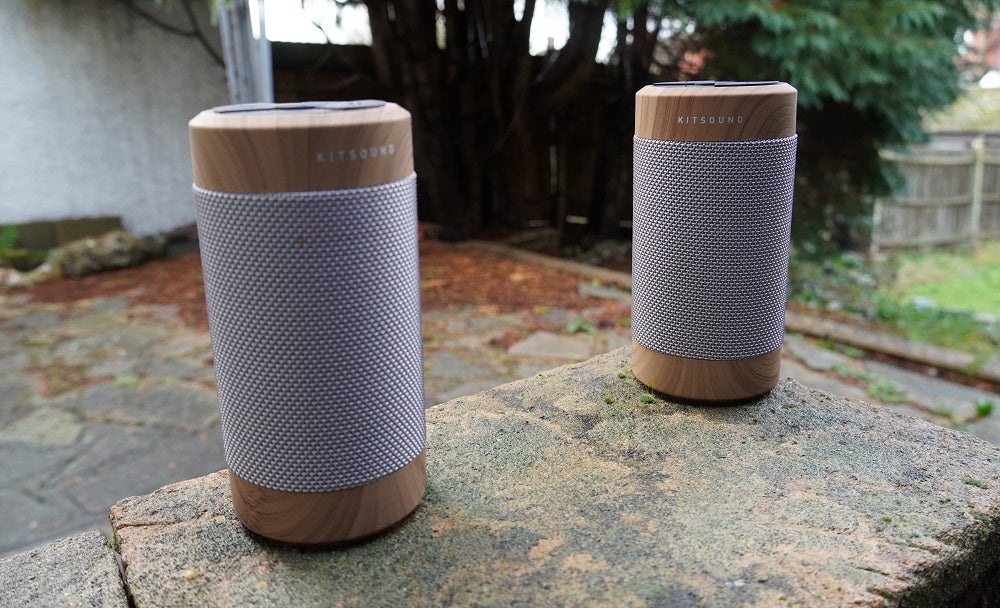 Success looks like the master speaker producing a pinkish glow. Unpairing is just as simple: just hold the speakers together until the second unit begins to flash. You can also control volume, track skipping and playback in stereo mode.

Endurance sees the biggest gains with up to 15 hours, comparing favourably with the original’s eight. Whether you’ll stay out for that long in the unpredictable British weather, I’m not so sure. Nevertheless, after listening to the KitSound for five hours straight at 50-60% volume, the battery was still at medium, so there’s plenty in the tank. Charging the speaker back up to full takes four hours, with no quick-charging functionality available.

The last feature of note is the Outdoor EQ. It’s noticeably louder, more sizeable in scale, and can be activated when two Diggit 55s are paired for an even bigger soundstage.

The Diggit 55 works as both an outdoor and indoor speaker; up there with the best-sounding Bluetooth speakers I’ve heard at this price.

Its mid-range is its best facet. From the detail afforded to the guitar strums in The Jam’s That’s Entertainment, or the clarity and space given to vocals across a range of genres (rap, rock, pop), the mid-range – at this price at least – is detailed and fairly natural in tone. 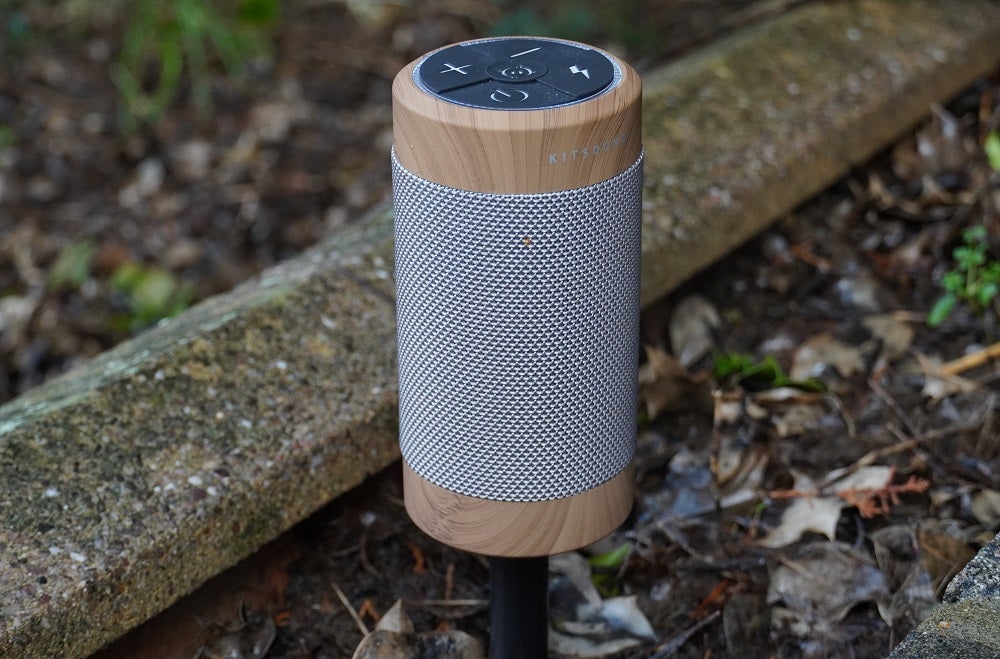 Not far behind is the treble, which is clear and sharp enough to have an impact in Austin Wintory’s No Destinies Ordained. Pump up the volume and you won’t hear any distortion or sibilance. Dynamics put in a decent showing, although it can struggle to describe more complex parts of a track. Simple, less chaotic tracks should be on the menu for the KitSound.

It doesn’t have the energy nor does it reach the raucous volume levels of the Wonderboom 2, and I wouldn’t describe it as particularly powerful with shifts in tempo given a gentle prod. Nevertheless, the Diggit 55 sounds measured and spacious, neither of which are a given at this price. 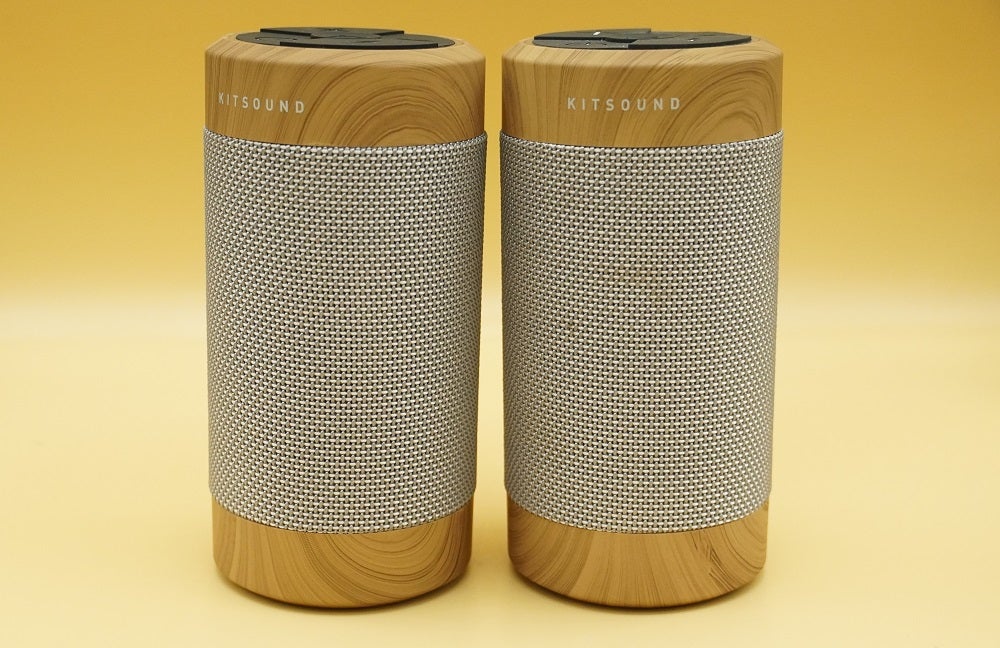 Bass is a problem. While lows have a presence, they’re rather flat and uniform. In a stereo pair the Diggit 55 can unlock more – the bassline in Talib Kweli’s Hostile Gospel, Pt.2 (Deliver Me) hits a bit harder, for example – but it can also be coarser in its description.

As a stereo pair everything I liked about the Diggit 55 – mid-range detail, vocal clarity and tone – is amped up further. The Outdoor EQ mode provides more scale at a slight cost to refinement as the volume nudges up. Having the stake helps, since the Diggit 55 reaches further out and sounds a bit clearer with more defined notes. A stereo pair can make a surprising din, filling my decent-sized garden reasonably well. The 360-degree sound works, too, with only a slight perceptible shift when you walk around. 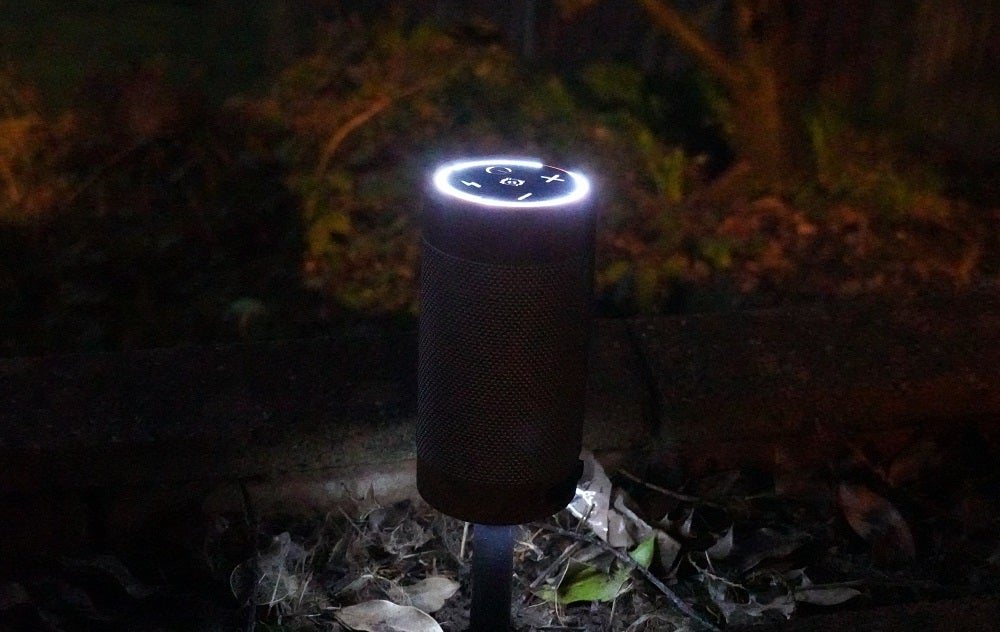 You should buy the KitSound Diggit 55 if…

The KitSound’s design means it can be used inside and out, and with two stereo paired the sound can fill a decent-sized garden.

The performance belies its price with clarity and detail in the mid-range.

Over the course of six hours, the KitSound only just reached low battery status. It’s a speaker with plenty of stamina.

You shouldn’t buy the KitSound Diggit 55 if…

The Diggit 55’s drivers don’t offer much bass, so those who like a defined low-end will be ill-served here.

The Diggit 55 is an outdoor speaker, but unless you’re taking that stake to the beach or park, some of its attributes will be slightly muffled. Perhaps you can use it to hunt vampires…

The KitSound is water-resistant, not waterproof. While it’s protected from “water jets from any direction”, it won’t like sustained exposure to wet conditions.