What is the KitSound Boom DAB?

The KitSound Boom DAB is a radio that looks more like a modern mini hi-fi system than something that belongs on your bedside cabinet. It has more drivers and a more powerful amp than your average DAB radio too.

However, its bold design is a front. A few parts of the £100 KitSound Boom DAB feel quite cheap, and while the sound quality is passable, severe distortion at higher volumes shows this is not a product designed with an awful lot of care. A fair product, but not a class-leader. 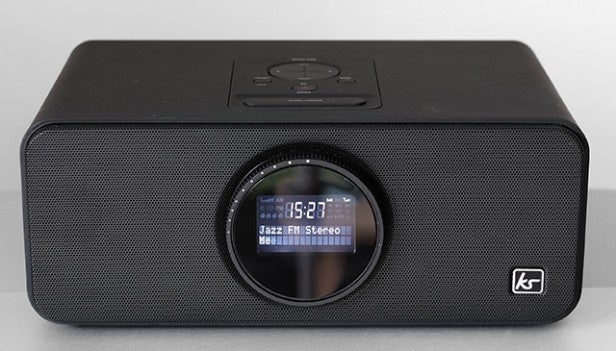 The KitSound Boom DAB is a black box with an interesting look. A great big dial sits on its front speaker, both framing the screen and acting as the volume wheel.

It’s a bold look for a budget set, and the basics of its construction are just fine. Its body is made of soft-touch plastic and a grille that makes up most of the front is coated in metal.

It’s when you start getting a bit closer you realise the KitSound Boom DAB isn’t as well-made as Puresets at this sort of price. The wide array of buttons on its top feel cheap, and the turn mechanism of the volume wheel is notchy and inconsistent. 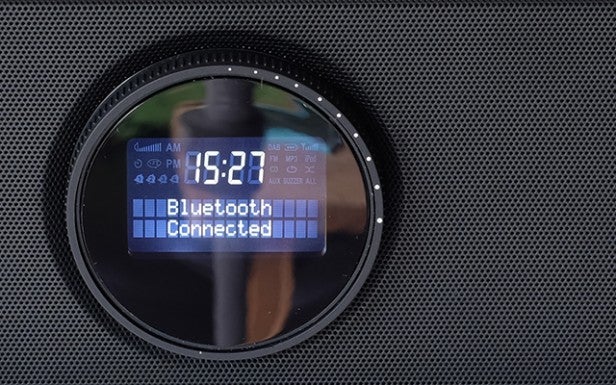 Don’t buy the KitSound Boom DAB thinking you’re getting a premium speaker at a budget price, which the pictures might fool you into believing. It feels as cheap, if not cheaper, than its price.

The KitSound Boom DAB does much better with its features. It offers all the features most people will want in a casual kitchen or bedroom speaker.

Thanks to the inclusion of a proper antenna DAB reception is very good. There are also FM radio, Bluetooth, aux 3.5mm inputs and a USB port on the back to let you charge your phone from the speaker. Up on the top is a long spacebar-like snooze button: it may be a bit bigger than your average bedside radio, but it’ll still be at home there. You can set multiple alarms too. 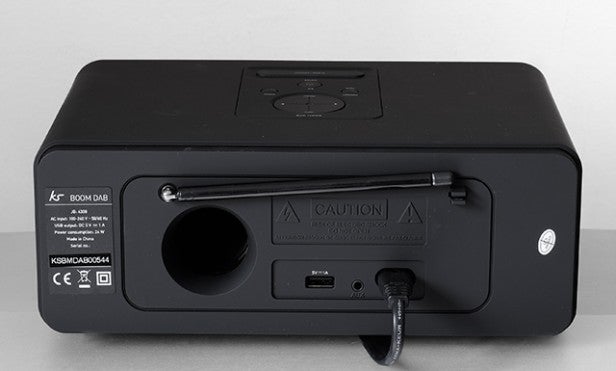 What it doesn’t have is a battery. The KitSound Boom DAB is only suitable for use at home.

Its screen is typical of a lower-end DAB radio. It’s a 2-line monochrome main display-plus-clock that’s certainly clear enough, but its backlight bleeds quite a lot. Like the finer points of its construction, you can tell this isn’t an expensive speaker up-close. 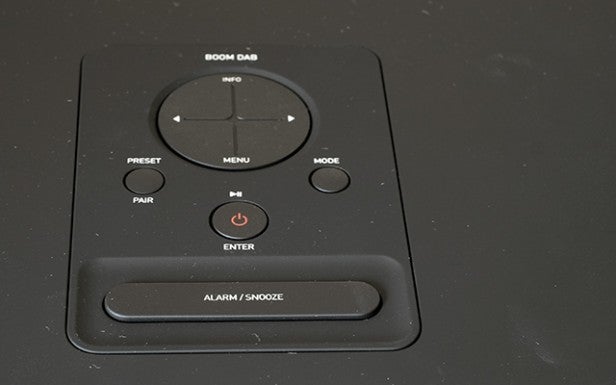 KitSound makes a whole bunch of radios and speakers. The Boom series is where you’ll find its more powerful boxes.

The KitSound Boom DAB has a pair of drivers, and a bass port on the back to offer a bit more low-end power. KitSound rates the amp section at 20W, which is significantly greater than the average little DAB radio.

If you’re sick of the thin, weedy sound you get from some radios, you may well like the KitSound Boom DAB. By using larger drivers and a proper cabinet space, it is able to thicken-up the sound and offer much greater volume than many other DAB sets. 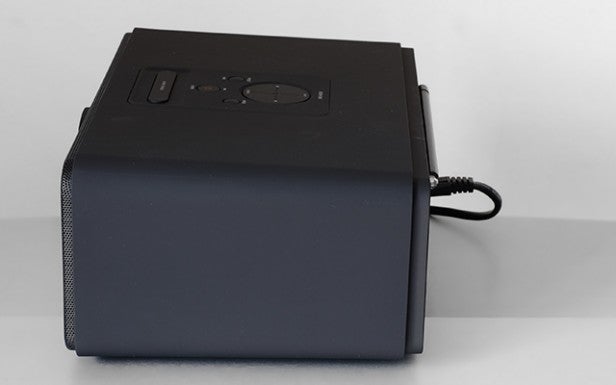 There is a difference between loud, somewhat powerful sound and genuinely good sound, though. The KitSound Boom DAB’s tone is basic, making music sound flat and a little lifeless compared with the best portable Bluetooth speakers at the price, boxes like the Cambridge Audio Go or Jam Heavy Metal. They offer better detail, and much greater dynamics, which are very limited here.

When the volume is driven anywhere near the max level, you’ll hear very significant distortion too. In a better-designed set the max volume is tailored to the drivers and the amp, but here the components just seem to have been introduced to each other and left to get on with it.

For all this criticism, it’s still going to be an upgrade from quite a lot of small radios, and having that bit of extra bulk and power to the sound makes the KitSound Boom DAB far more suitable for music listening than plenty of DAB alternatives.

It’s just a shame (for its sake at least) that Bluetooth speakers have progressed so far in the last three years while the KitSound Boom DAB appears to use fairly basic technology still. 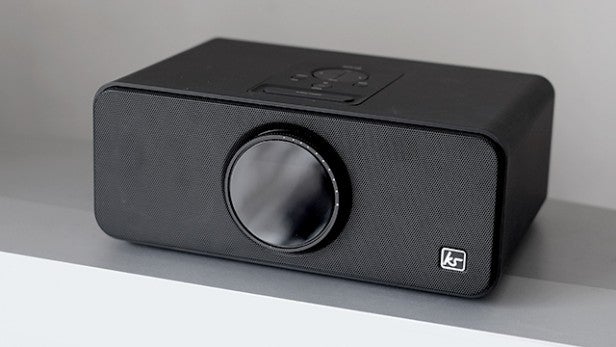 Should you buy the KitSound Boom DAB?

The KitSound Boom DAB is fit for purpose. It has the right features and a powerful-enough sound to work fairly well as a kitchen, bedroom or home office speaker/radio.

However KitSound hasn’t really nailed any of the most important elements enough to make it anything more than that. Parts of the KitSound Boom DAB feel cheap and the sound quality is most charitably described as basic.

The Pure Evoke F3 is an all-round nicer box with similar features. However, we’d also recommend considering a plain wireless speaker if unless you don’t like the idea of streaming radio from your phone.

A home DAB radio and wireless speaker that provides the basics, but several elements are patchy.