What is the Cambridge Audio Minx Go?

Wireless speakers are fashionable at the moment. There are dozens of the things, cast in all different shapes and sizes – and many of them have a lifestyle-inflected design that ends up increasing the price significantly.

The Cambridge Audio Minx Go forgets all the superfluous style fluff to produce a good-sounding, portable, no-nonsense wireless Bluetooth speaker that costs a good deal less than most of the competition including the Beats Pill. It’s not perfect, but it is one of our favourites. 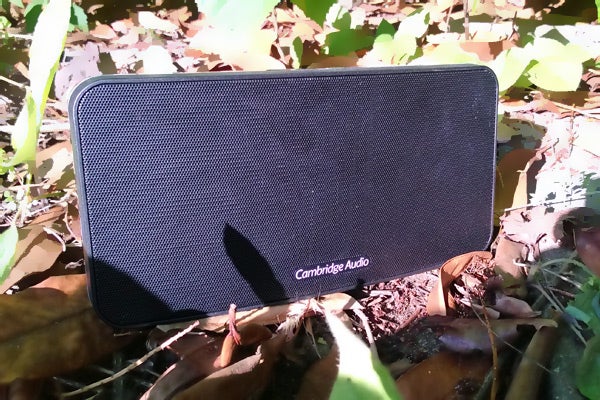 Cambridge Audio has clearly put a lot of effort into making the Minx Go as small as it can be without sacrificing too much in terms of sound quality. It’s a reasonably slim little brick of shiny black plastic, around 23cm long and 6cm deep.

The Cambridge Audio Minx Go will take up a good amount of space in a laptop bag and it doesn’t have a carry handle, but it remains impressively portable. It’s comparable in size to the Bose SoundLink.

However, it doesn’t have quite the level of finish as that popular portable speaker. It’s no surprise – the Bose costs over £200, the Cambridge Audio speaker is under £100. 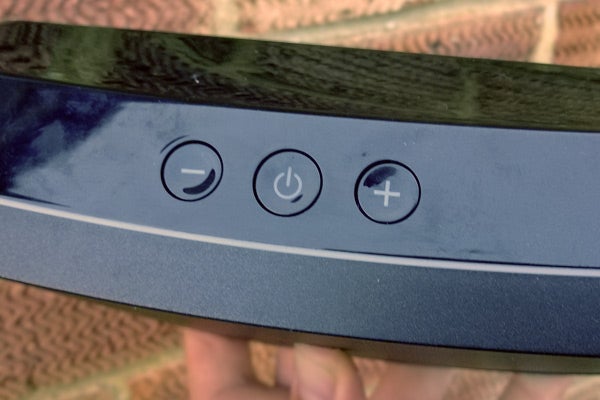 There are three physical buttons up top

It’s plastic aside from the coated metal speaker grille that covers the speaker’s front, with no protective flap to keep it safe. And its styling is workmanlike rather than eye-catching.

Much like Cambridge Audio’s famously good-value hi-fi amplifiers, the Minx Go is out to get a specific job done, without obsessing over trying to become a domestic status symbol. The Go comes in black and white, and both are inoffensive.

Build quality is good too – there may be little of the metal you’d find in a premium wireless speaker, but it’s well put-together.

The issues that are more important to Cambridge Audio are practicality and fitting-in large enough speakers to make the Minx Go sound good.

One of the most important features of any portable speaker is an internal battery. The Minx Go’s lasts for up to 18 hours – a figure that trumps most of the competition. We got significantly less, but that was with the volume cranked, and we skirted near double figures at any rate. Stamina is impressive.

You charge the battery using an adapter– supplied – and there’s a USB port that lets you charge a phone using the Minx Go’s internal battery. Both of these sockets are found on the rear of the box, keeping the front nice ‘n’ clean looking. 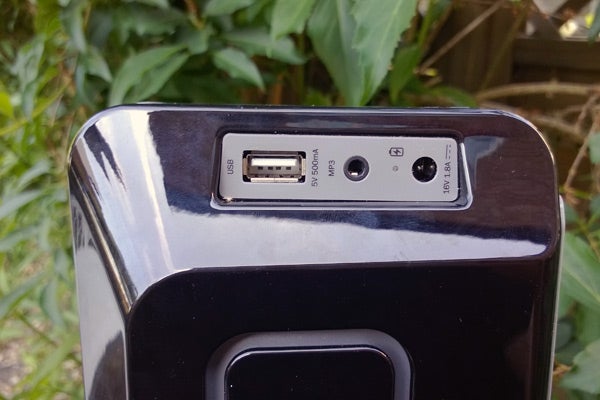 The main way to connect the Minx Go to a source is with Bluetooth, but there’s also a 3.5mm auxiliary socket that lets you connect the speaker to just about any source – Bluetooth or no.

It’s a relatively frills-free box – there’s no waterproofing, no NFC, no apt-X codec support and no Wi-Fi – but in practice we found it works remarkably well. Its Bluetooth reliability is good and while it’s happy to stand up by itself, the Minx Go also has a flip-out foot on its bottom for extra stability. 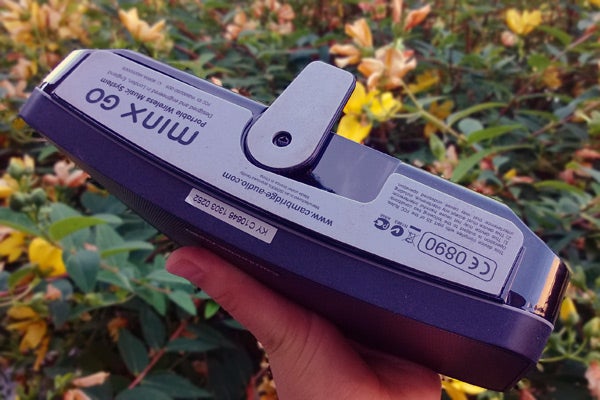 Behind the Cambridge Audio Minx Go’s speaker grille sit two mid-range drivers and a pair of tweeters. The mid-range units are two inches across, the tweeters three-quarters of an inch.

Just as important, though, is the hard-working bass radiator on the rear, which covers a good portion of the speaker’s back panel.

The Minx Go is a powerful-sounding speaker that’s capable of excellent volume for both its size and price. Having slightly greater volumetric space than something like the £180 Ultimate Ears UE Boom lets the Cambridge Audio speaker sound assured at fairly high volumes too.

It has the power and max volume to do justice to gatherings both indoors and outdoors – where a less authoritative-sounding speaker can sound lost in all the space and ambient noise.

Although it’s keen on producing a beefy and powerful sound, tonal balance is fairly good too. Its bass doesn’t boom away distractingly like the Ultimate Ears UE Boombox, and while there’s not a tremendous amount of treble presence or detail, clarity is decent. It’s not a high-fidelity sound, and is too positional to convincingly replace anything but the smallest hi-fi setup, but as a wireless speaker it’s great.

Mostly great – there are some problems.

A minor one is that the Cambridge Audio Minx Go does not use the apt-X Bluetooth codec. Listen close and you will be able to hear some of the quality loss inherent to using the standard SBC audio codec of Bluetooth. This is not really a device for close, critical listening, though. We didn’t find it hampered our enjoyment at all.

What is more of a problem is how the Minx Go’s ambitions occasionally outstrip its abilities.

For the most part, the rear bass radiator does a fantastic job of giving the Cambridge Audio Minx Go far better bass response than you might expect at this size. Bass depth isn’t great, but otherwise it can fire out beats with impressive gusto. 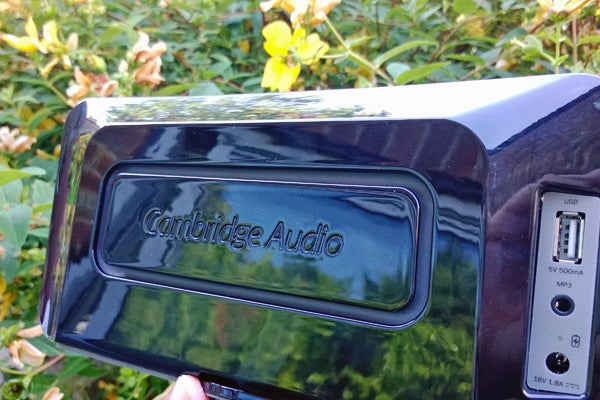 Until it reaches a certain volume, that is. Play dance music near top volume and you’ll hear a distracting buzz as the bass radiator strains against its moorings. It’s so keen to make the Minx Go sound powerful that it takes way too much on at high volume, and ultimately fails.

This is the Cambridge Audio Minx Go’s biggest problem. But weighing up this against the solid value and otherwise good sound, the Minx Go remains one of our favourite wireless speakers. It’s one of just a few that doesn’t feel hopelessly overpriced.

Should I buy the Cambridge Audio Minx Go?

At low to mid-level volumes, the Cambridge Audio Minx Go can comfortably compete with Bluetooth speakers twice the price. Unlike most of the competition, the Minx Go doesn’t feel horribly overpriced, and its performance is pretty good for the most part.

If you’re not too bothered about the portability of your speaker, or the wireless streaming, you can get yourself an audio dock that’ll sound more composed at high volumes, but otherwise this is a top pick. Despite a serious fault or two.

The Cambridge Audio Minx Go is one of the best sub-£100 wireless speakers you can buy. It’s flexible, pretty well-made and sounds good – as long as you don’t try to play bassy music too loud.