Kinect Sports had the difficult job of convincing potential Kinect purchasers that Microsoft’s motion controller was, in effect, the natural step up from the Wii. In the most part it succeeded; table tennis, volleyball, boxing and especially bowling were all excellent fun, even if the football and track and field events didn’t quite work out. Now it’s the job of Season 2 to hammer the point home, with six all-new sports covering american football, baseball, darts, golf, skiing and tennis. 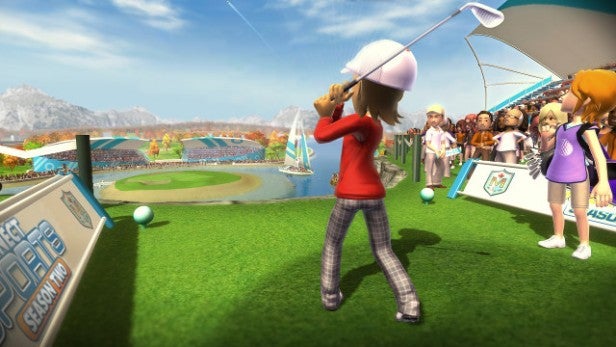 Of the new events, there are a couple of real standouts. Golf is superb, hitting a perfect balance between accessibility and realism. You swing and putt pretty much as you would in real life, and while the game doesn’t let you make too many errors, there’s enough scope to get things perfect or get things wrong that you feel a real sense of achievement when you sink a birdie or get a shot on the green from a bad position.

The fantasy course is nicely designed, and the way the game maps in lifelike gestures, like reaching out to select a new club, just adds to the feel. While Tiger Woods 12 on PS3 with Move still rules the roost when it comes to authentic console golf, Season 2 has it whipped when it comes to family fun.

Darts is also excellent, and a great post-pub multiplayer event in the same way that bowling was in last year’s game. There’s a crosshair to help you aim at the board, but everything rests on a smooth, accurate throwing action, and there’s plenty of evidence here that Microsoft’s claims about Kinect’s improving accuracy aren’t entirely hot air. This is about as good as video game darts can get. 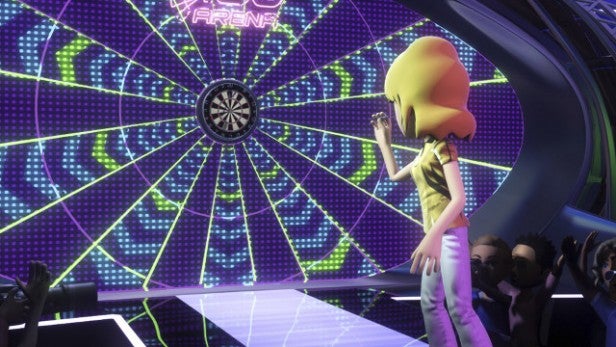 Surprisingly, the two US-centric sports are a lot more fun than you might imagine. American football is surprisingly sophisticated, asking you to choose a play (though you can leave this to the coach), then receive and throw the ball with perfect timing before switching to the receiver to literally run the ball down the pitch. It’s possible to fumble the pass, and there’s a certain amount of room to avoid getting tackled, and it’s hard not to celebrate every few yards gain and go crazy for every hard-won touchdown.

Baseball also turns out to be a brilliant Kinect sport. Whether batting and running, stretching a foot forwards to slide into first base, or pitching your fastest ball, there’s fun to be had, and again the controls prove remarkably sensitive.

With just three courses and three ranks of opponent to defeat, skiing is arguably the Kinect Sport with the least long-term appeal, but leaning to slalom through gates, crouching to speed up and jumping to get a little air works well, and again the controls are impressively responsive – where other games find you compensating for lag, Kinect Sports is nearly right on the money. 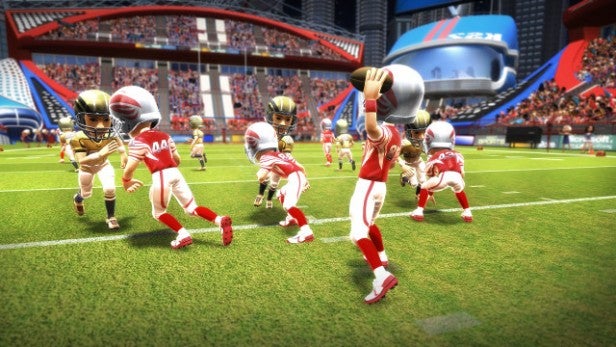 The one exception is Tennis, where once again lag appears to rear its ugly head, and where there’s never a feeling that a racket – however virtual – is connecting with the ball. Compare it with Wii Sports Tennis or Virtua Tennis 4 with PS3 Move or Wii Motion Plus and it’s the Season 2 version that’s left feeling sloppy and vague. It’s playable, but not actually that much fun.

Beyond the individual sports, it’s good to see that Season 2 feels like a stronger, more coherent package this time around. Voice controls have been implemented throughout, allowing you to whisk through menus and handle certain in-game operations through voice commands, and there’s a likeable exuberance to the graphics and presentation.

From the knowingly cheesy announcements to the sountracked replays that kick in every time you do something great, Season 2 has an atmosphere of fun, though – like all such games – it’s much more enjoyable in multiplayer than played on your tod. Throw in some great single-player mini-games that turn the sports into bite-sized arcade challenges, and a nice online feature where you can set challenges for Xbox Live friends, and it’s an excellent package overall.

Verdict
The laggy, unresponsive Tennis is a disappointment, but five brilliant sports out of six isn’t bad, and Season 2 would be worth it for the Darts and Golf alone. With its predecessor, this is one of the essential Kinect games for new purchasers, and a great demonstration of the technology and what it can do.