On a very basic level, it’s an 7-inch Android tablet with physical gaming controls built-in. Designed to be held in landscape orientation, the S7800B comes equipped with an 8-way digital pad, dual analogue sticks, four face buttons and four shoulder buttons. It’s intended to offer the best control arrangement for Android games, and comes with a smattering of legally dubious emulators and ROMs in order to hook in retro-lovers. It’s the latest in a long line of similar products from Chinese manufacturer JXD, and offers a slight specification bump over the S7800, which launched last year.

Comparisons with standard Android tablets are inevitable, but in terms of physical presence, the JXD S7800B is a very different beast to your average slate. The gaming controls located on either side of the screen are the most obvious difference; they make it awkward to use the S7800B as anything other than a games console, and the bulging rear panel – designed for improved grip – means you can’t lay the device down on a flat surface without it wobbling quite dramatically.

However, when used for its primary function the S7800B is rather more successful. The D-pad is responsive and accurate, making it ideal for retro titles and games which aren’t built around analogue control. The twin sticks are somewhat less appealing, but still a massive improvement over the imprecise on-screen virtual controls we’re so used to seeing on tablet games. A lot of thought has clearly gone into making sure the physical interface is as accomplished as possible, and JXD has even included a special app which allows you to map the sticks and buttons to on-screen elements, effectively meaning that the S7800B is compatible with almost every game available on the Google Play store – even if it doesn’t support physical controls natively.

Low-cost Android tablets from China are often guilty of cutting corners to achieve their low price, and the S7800B is noticeably lacking when it comes to general build quality. The case feels solid enough, but it’s fashioned from a rather cheap-looking plastic which doesn’t exactly exude class. The 7-inch IPS screen is something of a surprise, though – while the resolution of 1280 x 800 isn’t amazing, viewing angles are decent and it’s colourful and bright. You’ve also got a HDMI port so you can turn the tablet into a fully-fledge games console. 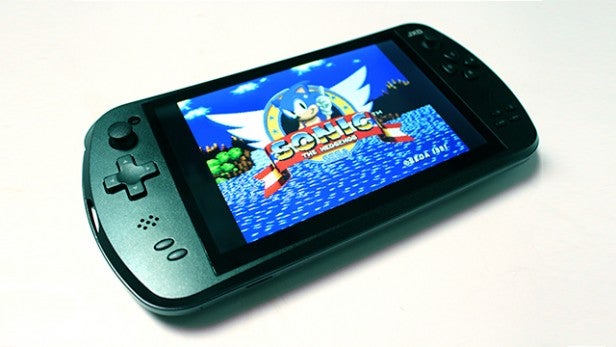 The S7800B runs Android 4.2.2, which means it’s somewhat behind the curve – Nvidia’s gaming-focused Shield Tablet has just received Android 5.0 Lollipop, the latest iteration of the software. Still, on the plus side JXD has delivered a reasonably untouched version of Google’s OS, with a smattering of pre-installed apps and some decidedly Samsung-like coloured icons being the only real indicators that this isn’t running pure, “stock” Android.

Aside from the aforementioned key mapper, the S7800B comes with applications that are aimed squarely at lovers of vintage gaming. The Emulator Store allows you to download apps which replicate the performance of classic systems like the NES, SNES, Mega Drive and Game Boy (to supplement the already impressive number of emulators already available on the Google Play store), while Game Center is an online repository of practically every single game ever published for these formats. Copyright infringement is much less of a concern in China than it is over here, and it goes without saying that downloading any titles from this app is legally questionable. Even so, it effectively means that you have access to 30 years of gaming history, all on a single device. 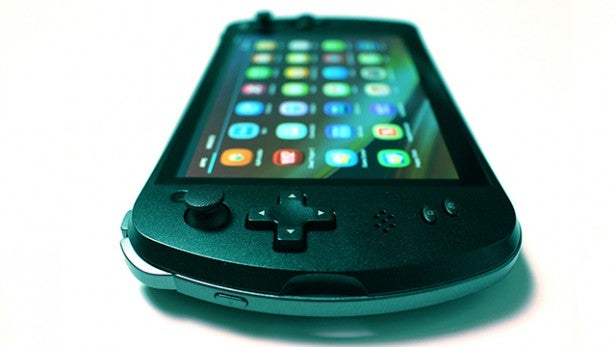 The S7800B comes armed with a quad-core RockChip 3188 chipset clocked at 1.6GHz and 2GB of RAM. This is more than adequate to handle emulation tasks – the S7800B is even capable of playing Sony PlayStation and Sega Dreamcast games – but there are still moments when a little more grunt wouldn’t have gone amiss. These mainly occur when you’re running detailed 3D Android titles like Dead Trigger 2 or Real Racing 3, and while it’s still perfectly possible to play and enjoy these titles, everything runs more smoothly elsewhere – such as on Nvidia’s aforementioned (but more expensive) Shield Tablet.

Despite its gaming focus the S7800B includes not one but two cameras. The rear 2 megapixel snapper produces predictably poor shots, making it something you’ll rarely use. The front-facing VGA camera can be harnessed for Skype or Hangouts video calling, and while the quality isn’t awe-inspiring, it’s acceptable enough to get the job done. 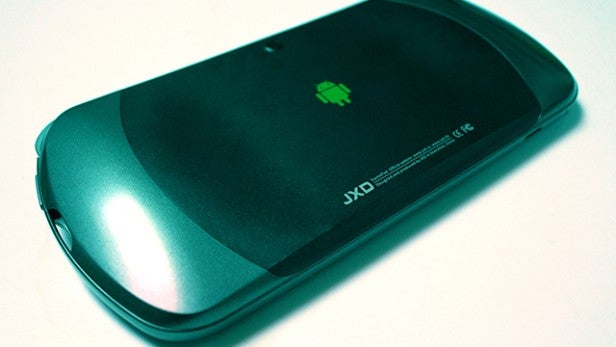 Equipped with a 5000mAh battery, the S7800B is good for around 4 to 5 hours of play, which puts it roughly on par with dedicated games consoles like the PS Vita and Nintendo 3DS, both of which are running smaller displays than the power-hungry 7-inch variant seen here.

Annoyingly, the S7800B doesn’t charge over MicroUSB, so you have to use the bundled power supply to top up the juice. However, UK retailer FunStock is now shipping each device with a special USB cable, removing the need to lug around a bulky PSU. It’s not a perfect solution – you’ll still have to carry around an extra cable with you as you can’t use one of those ubiquitous Micro USB leads which charges virtually every other mobile device you own – but it’s a welcome gesture nonetheless.

The unit we reviewed had just 8GB of internal storage, and that fills up fast when you’re downloading some of the larger titles from the Google Play store. However, this has now been replaced by a 16GB variant at no additional cost, which eases the pressure off a little. Even so, the S7800B thankfully comes with a MicroSD card slot which accepts media up to 32GB in size. 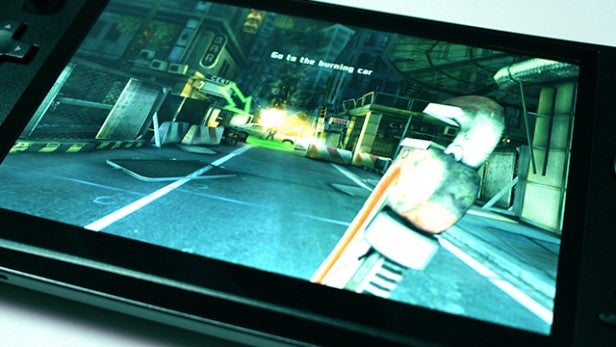 If you’re a keen gamer who fondly recalls school lunches spent pumping your dinner money into Golden Axe and Teenage Mutant Hero Turtles arcade machines, then the S7800B is absolutely worth the £130 asking price. It’s easy to overlook the slight lack of processing power when you’re only going to emulating vintage systems from a few decades ago, and as long as you don’t wish to use the device as a traditional tablet, then you’ll come away very pleased indeed.

While the build quality, battery life and overall performance could be better, the JXD S7800B is still one of the best and most convenient ways to reacquaint yourself with gaming’s glorious past, as well as get comfortable with Android gaming’s immediate future. Don’t be tempted to think this device makes a suitable tablet / console hybrid; using it for anything but gaming is a frustratingly awkward affair thanks to its “unique” design. Approach this in the same way you’d look at a dedicated gaming platform, and it makes a lot more sense.

A retro gamer’s dream come true, the S7800B is ideal for gaming on the go – but there’s room for improvement

Thanks to FunStock.co.uk for supplying the unit used in this review.