The SB200 can be controlled from the sofa using the supplied credit-card style remote. While this is responsive enough its fiddly size and clicky blister buttons make it awkward to use. There are just seven buttons in total, but they cover all of the unit’s functions – surround and bass modes, input, volume, mute and power. 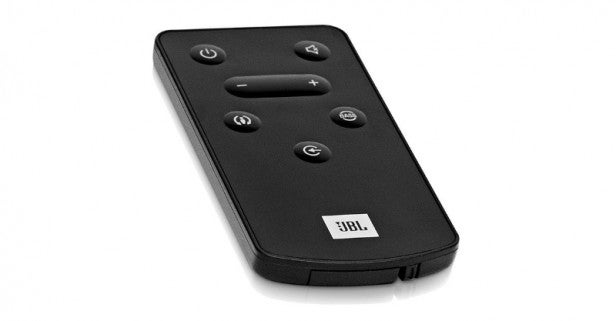 Thankfully, the SB200 can learn the volume and mute commands for your TV’s remote, which makes life easier as you’re not having to switch between zappers all the time. It’s easy to do – in the learning mode, just hold down the relevant button on the SB200 then press the corresponding command on the TV remote.

There’s no display panel so you have to rely on your ears to gauge volume level and which input is playing, unless you get off the sofa and look at the buttons on top, which light up when pressed. The surround mode button, for example, is amber when active and white when inactive.

To pair a Bluetooth device just push and hold the Bluetooth button – a constant blue light tells you it’s connected. Our iPod Nano found it instantly and music streamed with no drop outs during our testing period.

Hooked up to a Blu-ray player via optical input, the SB200 does an excellent job with movies, reproducing the frenetic effects of Avengers Assemble with great energy and authority. 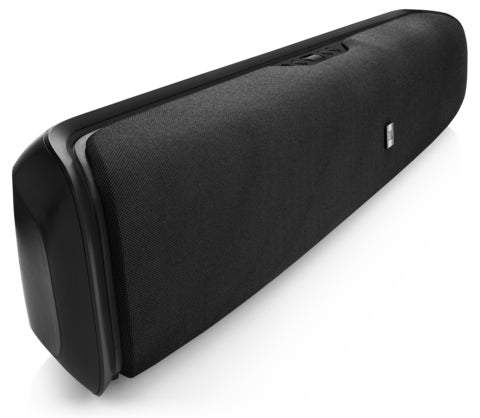 The huge battle between the Avengers and the Chitauri at the movie’s climax sounds thrilling. The SB200 projects bangs and explosions from its stereo speakers with relish, giving them plenty of attack but never sounding distorted or harsh.

We also like the deep, chunky sound it musters, made possible by the impressive woofers. They give out a tight, hefty thump as Hulk shoulder barges the alien spaceship, and keeps the action simmering with rumbling intensity during the rest of the scene.

Best of all, bass isn’t overly resonant, which allows every aspect of the sound to shine through without being smothered by the low frequencies – which is exactly what happens when you activate the Bass Boost mode, resulting in a muddy sound.

The amplifiers are more than up to the task at hand, offering a sound that’s loud enough to fill a large room. There’s also a decent amount of detail to be heard, making quieter, atmospheric scenes sound great. We’ve heard soundbars that tease out more detail – B&W’s Panorama 2 and Yamaha’s YSP-2200 being two – while dialogue could be a bit more prominent, but on the whole the SB200 does a good job across the frequency spectrum.

You can feel Display Surround doing its very best to convince as a rear-channel replacement, but it’s ultimately wide of the mark. You certainly get a wider soundstage, but it gives the sound an odd balance with too much emphasis on dialogue. You lose the lovely direct and unified sound you get when it’s switched off.

For the same reasons, you should definitely turn it off when playing music. When you do, the SB200 makes tunes sound sweet and solid sound, driven along with well-timed bass from the woofers and impressive clarity in the mids and highs.

Overall the SB200 is a terrific option for anyone looking to upgrade their TV’s ropey sound quality. It’s a simple proposition, lacking the extensive features and connections of a soundbar such as the Samsung HT-E8200, however that lack of complication could be the very thing you’re looking for. What’s more, its sound is powerful and exciting, it looks great and built-in Bluetooth makes music streaming a breeze – and for £250 you can’t say fairer than that.