Available on Xbox One and PS4 (version tested) and PC

Injustice 2 is excellent. It’s just as simple as that. In 2018, where so many games try to be excessively serious, it’s a treat to play one that completely understands and embraces what it is. That doesn’t mean it’s not well put together and technically proficient – because it is – but it’s very clear the whole point is to entertain.

It doesn’t hurt that the premise revolves around famous DC comic book heroes and villains trying to beat the stuffing out of one another. Much like the original that released in 2013, Injustice 2 lives and dies on this premise, wanting to ensure fans of the license don’t feel short-changed – and they most definitely won’t. From the more prominent stars like Batman and Superman to niche arrivals such as Cheetah and Doctor Fate, every character stands out and offers a different way to play. 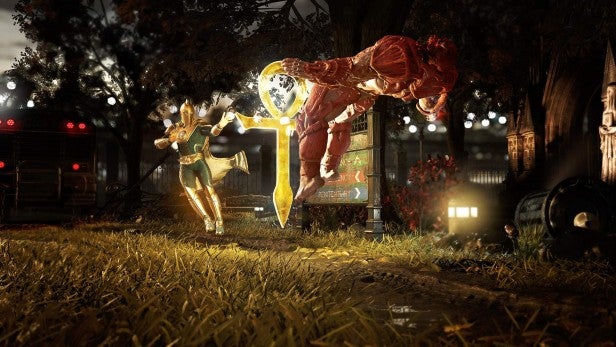 That’s important, too, and not just because a fighting game needs that kind of variety. When it comes to the genre, you’re always going to get two camps: those who would like to learn every nook and cranny, and those who just want to mash some buttons and have fun. There’s nothing wrong with either approach, but some titles do shy away from the latter and focus way too much on the former. That’s instantly going to raise a lot of issues.

With Injustice 2, the balance is excellent. If you do just want to sit down, pick Batman and break your thumbs pretending to be The Dark Knight, you can. You may struggle online when you come up against a seasoned pro, but in terms of just enjoying what’s here, it’s fine, if not exceedingly pleasant. Developer NetherRealm has done a fantastic job in capturing that DC atmosphere, so smashing your way to victory while in the streets of Gotham or Metropolis ticks more than enough boxes.

Should this not be enough, however, Ed Boon and his team have proved once again they understand what’s needed in terms of depth. There is a wealth of game here to learn and a lot of comes from understanding how each character operates. Combos and certain inputs may double up for much of the roster, but the execution is wildly different. If you choose Cheetah, for example, and decide to rely on distance to defeat your opponent, you’re not going to get very far.  Get up close and personal, however – and use that speed – and all of a sudden you’ll begin to appreciate what she can do.

All of this also ties into the ‘Gear System’, a new arrival in this sequel that helps to separate it from its predecessor. Almost acting in the same way as an RPG, every fight sees you earn points to improve your hero in either strength, defence, ability or health. Yet again, this adds to how unique each combatant feels because you can set them up how you see fit. If you want a version of Superman who is an ability-king, that’s possible to a degree. The options aren’t endless, but it is a great way to encourage individual styles to shine through. 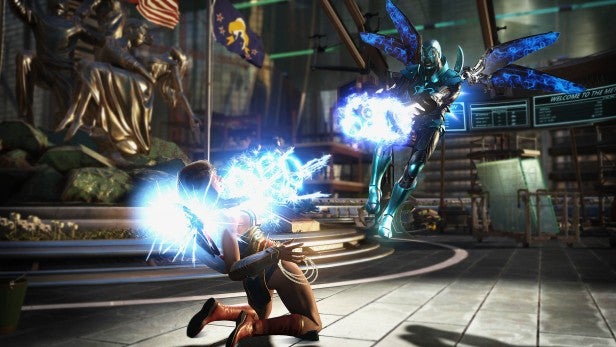 The same can be said for the costumes you’ll unlock through this system. As well as increasing your stats once again, they allow a character to be distinct because you’re essentially hurling your own personality onto them. You can’t go crazy with it – it’s not like these outfits are totally customisable – but the two ideas together give Injustice 2 an extra perk we didn’t get before. It’s a mechanic that could easily be refined going forward.

Such a sentiment does sum up the sequel very nicely, too. Nothing here feels totally different to what came before – it’s tweaking with a healthy amount of new features, but it works. Aside from the visuals being far better, the animations really standing out and it technically being leaps and bounds ahead, the single-player story is an absolute riot.

Now, this was the same before, but Injustice 2 takes it a step further to prove that NetherRealm has learned a thing or two in the four years between entries. As well as being far more engaging, it’s just written a lot better, so you can get far more invested. The original’s narrative was a lot of fun, but it often fell into silly territory as opposed to hard-hitting graphic novel grunt. The opposite is true here.

It’s still ridiculous to a point, but it’s far more ambitious and dark, making that dangling carrot to keep playing more enticing. Fighting the AI can get tiresome after a while when there’s no point to it, but the addition of a plot almost negates that completely. You’re not just battling to get a tick in the win column. You want to find out what’s going to happen next. It’s very smart. 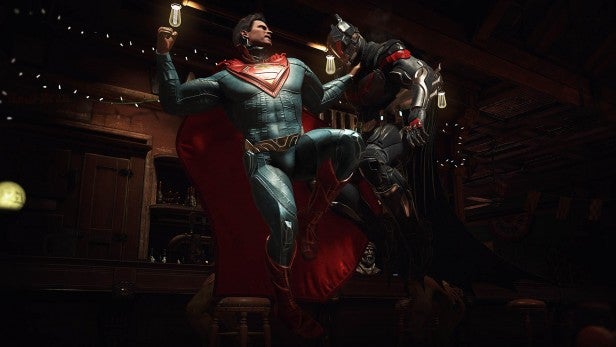 While Injustice 2 may not surprise to any great degree, it’s very well put together and it’s a joy for anyone who’s a fan of DC or fighting games in general. If you’ve put any time into Mortal Kombat you know what you’re going to get, but that’s no bad thing. A top series in its own right now, the future’s very bright for Batman and friends smacking the hoo-ha out of each other. Happy days…

Injustice 2 is both a fantastic fighting game and a great use of the DC license, too. You won’t find much better in the genre on either the Xbox One or PS4.