What is the IMO Q?

The IMO Q is a cheap phone. A really cheap phone, if you shop around enough.

In the UK, for example, it’s been seen on sale for as little as £24.99. At that price, it’s hard to complain about quality issues – but they do exist, and make the IMO Q much less attractive if you’re looking at paying closer to the £50/$50 standard price.

The cameras are poor and the design boring, but the one part that should really put you off is performance. It’s slow enough to be a pain to use much of the time. 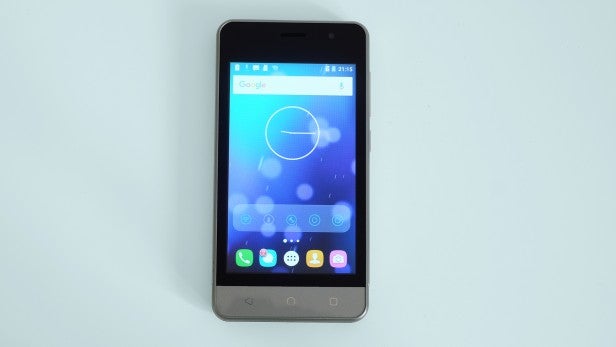 A phone this cheap doesn’t need much of a personality to get by, and the only reason friends might take interest in the IMO Q is because they’ve not seen the IMO logo on the back before. It’s a small plastic phone with a metallic grey finish.

It looks and feels like what it is: a simple entry-level phone. A small screen makes its size manageable even for kiddy hands, and the curved back is comfortable enough to hold.

The IMO Q is dull, but perfectly sensible design-wise. For example, it uses soft keys below the screen rather than relying on software buttons. With a small-screen phone like this, that’s a good idea, as it leaves more of the display free for the Android interface.

It’s not an entirely plain grey rectangle either. There’s a subtle two-tone look here, with a lighter bar running down its sides. This attaches to the removable battery cover, under which you find the battery (removable), Micro SIM and microSD card slot. I wouldn’t advise taking the back off too often, though, as one of the clips has already become a bit loose on my review sample.

There’s 8GB of storage, leaving you with a couple of gigabytes onto which you can load apps. That’s not a lot, but is enough for one big game and a bunch of smaller apps.

There are no extra features, though – we’re still way off phones this cheap having things like fingerprint scanners. 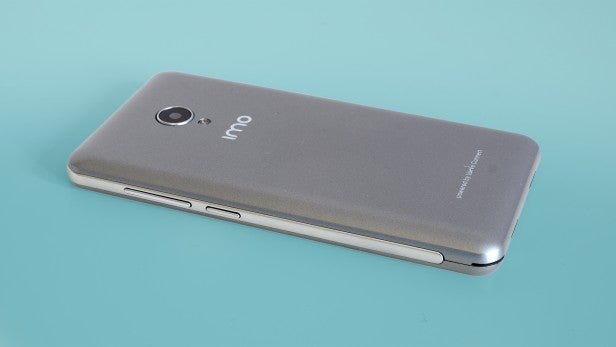 Most phones use more advanced IPS LCDs, the difference being that TN panels suffer from contrast shift when tilted at certain angles. This makes colours invert with an extreme tilt, and make the screen look either dull or washed-out at a slight tilt. Take a look: 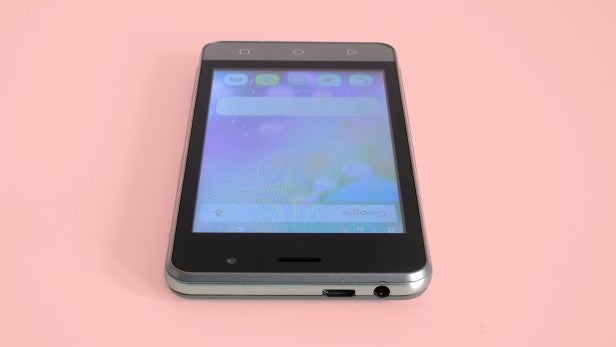 At an extreme angle, the colours invert

The IMO Q only looks right dead-on – a clear sign that we’re dealing with a low-quality phone. Display colours are fairly anaemic too, and the way the image changes as soon as the screen is tilted makes contrast seem poor, even if it is passable when you look at the screen at a perfect 90 degrees. Motion handling is bad as well. Scroll through the settings menu and text becomes almost illegible thanks to, presumably, the slow screen refresh rate or response time. 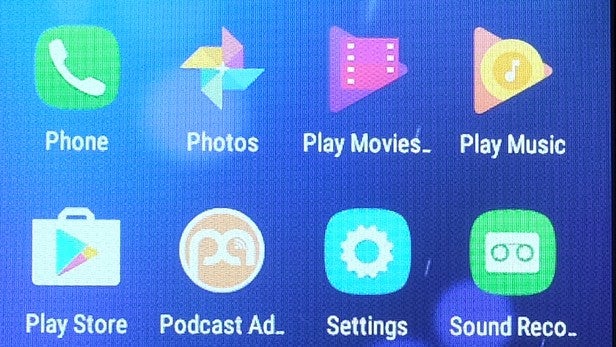 There’s also no automatic brightness mode. You have to manually alter the brightness slider to suit your environment.

However, I was slightly surprised by how, with most apps, the low 480 x 800-pixel resolution looks fine across the 4-inch screen. Sharpness is worse than on a 5-inch 720p screen like the old Moto G’s, but doesn’t suddenly seem like the phone screen equivalent of Minecraft.