The IMO Q has an outdated version of the Android operating system, which is no great surprise for a cheap phone from a small brand. It uses Android 5.1, released in early 2015.

We don’t know of any planned upgrades, and this version may have been picked because it works better with the limited hardware than Android 6.0. But I’m just speculating here.

The feel of the software is similar to standard Android, but the look is a little different. With Android 5.0 Google introduced something called Material Design, a sort of Android-via-IKEA refresh that made everything look friendlier and put the apps drawer on top of a sheet of plain white. This got rid of any legibility issues of app icons clashing with your background. 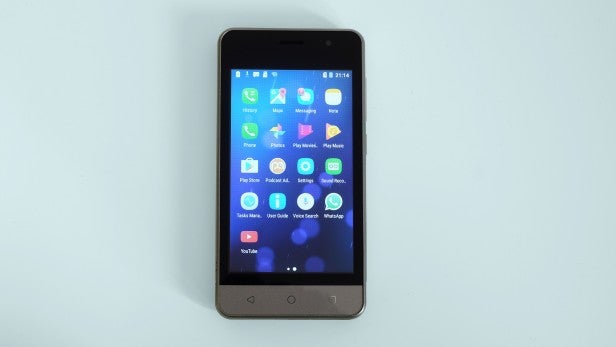 The IMO Q interface has a clean and simple look, but instead of using a white apps drawer background, it just dims your home screen wallpaper a bit and uses that. It’s a move made by some other custom Android skins, and it works well.

Depending on where you buy your IMO Q from, it might be loaded up with network-supplied apps, but my review sample was not weighed down by such stuff. There are a few extra utility apps, like a torch, file explorer and FM radio, but nothing you’ll instantly wish you could delete.

You’re more likely to complain about the features the interface doesn’t have than any bloatware. Folders can’t be created in the apps drawer, for example, and you have no control over how apps are arranged. They sit in alphabetic order. I’m fine with having no control in these cases. 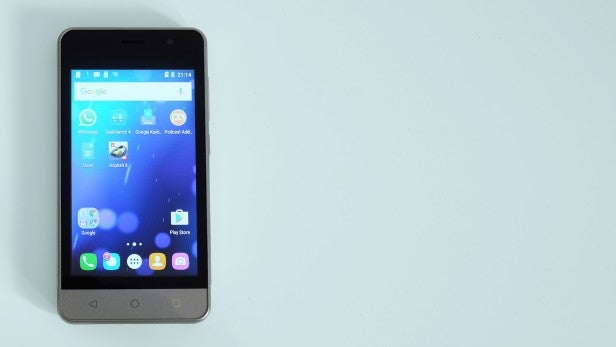 General performance is much harder to live with. The IMO Q is slow. Even the most basic of interactions feels laboured, from loading the Chrome web browser to just flicking around the interface.

You’ll often have to wait for the keyboard to catch up with your typing, and I find it hard enough just to type on the tiny screen. It seems there may be more to this than just space, as the outermost characters are at times hard to register, seeming to activate characters nearer the centre, too. The touchscreen’s behaviour seems erratic, borderline broken.

The IMO Q has a combo of not enough RAM (1GB) and an outdated CPU, and the results are really not particularly pleasant. It’s a quad-core Spreadtrum SC7731C chipset, but the cores are the Cortex-A7 type, a lot slower and less efficient than the Cortex-A53s used by more capable budget phones. 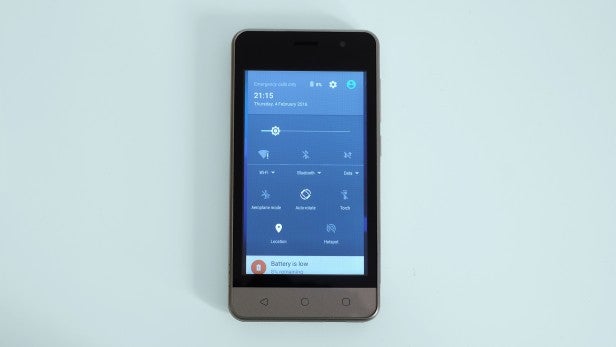 In the Geekbench 4 benchmarking test the IMO Q scored just 979 points, just over half of that which the Moto G achieves. In theory it shouldn’t be too far behind the performance of the original Moto G, but the reality seems rather different.

I’m still left wondering whether optimisation – or, rather, the lack of – is partly to blame, though. Gaming is surprisingly palatable, for example, even with more demanding titles such as Dead Trigger and Aphalt 8. Load speeds are terrible, but frame rates during actual play tend not to be too bad at all, given the performance elsewhere.