Available on PS4, PC (version tested)
Playing I Am Setsuna creates an unmistakeable feeling of experiencing an RPG medley. Think of the ABBA medley you hear at every wedding: little snippets of great songs. The game is a good streamlined combination of the inspirations it wears on its sleeve. However as a consequence of this slimming down, it never quite feels full in each facet, unhelped by an inconsistent story with some cringe-worthy dialogue delivered by incredibly annoying characters.

I Am Setsuna tells the story of a world ravaged by monsters, and a society gripped by terror. In order to keep the monsters at bay, once a generation a small village offers one of its inhabitants as sacrifice to the gods. This time, it’s Setsuna’s turn, and you join her and her guards on a pilgrimage to the ultimate sacrifice.

Related: Everything we know about Final Fantasy 15

As you can expect, each character comes equipped with their own backstory, their reasons for forming part of the motley crew, which will gain depth and purpose the longer the journey goes. However, along the way, you’ll start to question the validity of this ritual, and whether previous attempts fulfilled their purpose or if in fact this is an archaic belief of a fearful population.

The concept is fine, you can buy into it and leave scepticism at the door. The problem comes in the dialogue, and your party’s glass more-than-half full of the the world. 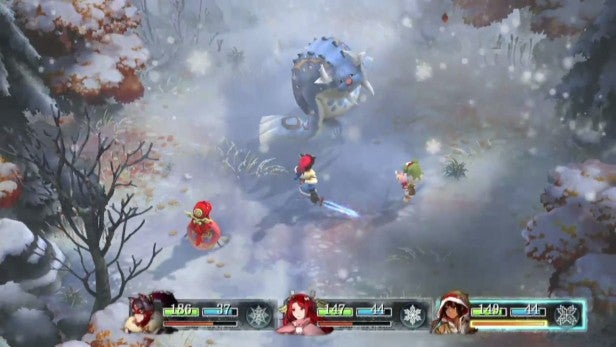 Setsuna, in particular, can become unbearable, to the point where you’ll be more than willing to offer her to any god willing to take her. There will be times when your team’s safety is threatened, or a person bereft of hope, and Setsuna will always be there to intervene with some cheesy dialogue that somehow saves the day. The waking Jesus allegory is so on the nose you’ll want to cut it off, even to spite your face.

Here’s an example of how terrible the game’s dialogue can be, I will be as vague as possible to avoid spoilers:
Setsuna: “Where is your heart?”
Character A: “I have no heart”
Setsuna: “Then why are you crying?”

It is this level of nonsense that you’ll be rolling your eyes at plenty of times along the way.

Another issue is the game’s other main protagonist: Endir, whose original purpose for embarking on the journey quickly falls by the wayside, and not in any convincing manner. The lack of believability in the core characters of this tale makes it hard to stick with, and it reached a point where the “people are good!” preaching leads to too many flat points in big moments.

As Endir, you also frequently get the chance to make dialogue choices, though none of any consequence, and there’s always a right answer, and it’s obviously so. If the game wants you to select option A, but you opt for B, the other characters will simply disagree with you and plump for the first choice anyway. The faux narrative autonomy is wasted when the veil is so thin.

One area I Am Setsuna certainly benefits from its streamlined approach is in the ease with its sense of flow. Too many JRPGs often leave players wandering the wilderness desperately searching for the next objective. Here, there’s a linearity that I’m grateful for, perhaps I’m getting old, but being able to easily move from A to B to C and allow the plot to progress at a nice pace without interruption completely removed all frustration. 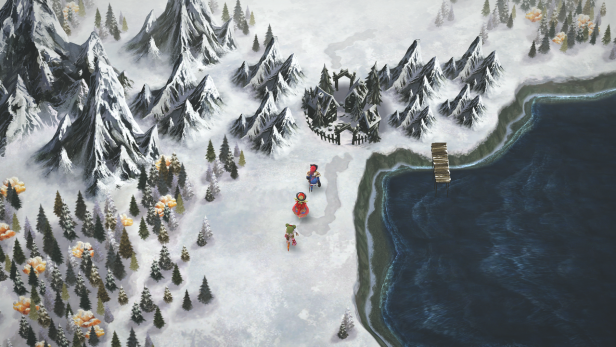 That also meant that there were few battles along the way that proved any great difficulty. It’s not a walking simulator, but again taking away the need to grind and level up was most welcome. You’ll certainly have a tough time towards the latter stages of the game if you’ve been skipping battles, but you don’t have to keep battling the same foes in fields in order to be ready for a scrap.

Alongside its stunning all-piano score, combat is the shining beacon of I Am Setsuna. Taken almost directly from Chrono Trigger (the game states as much in its product description), there’s a wonderful simplicity in how you battle monsters, but plenty of complexity in how you improve your team, which sometimes can become too obscure.

Combat follows the typical JRPG formula: turn based battles with a party of three heroes, mixing a salvo of healers, mages and warriors, combining different buffs and powers to form the ultimate team. You chance choose whether the battle system pauses time when your characters are ready to strike, or keep time and attack bars constantly flowing. As you progress, the plethora of possible moves you can pull off, and even combine attacks with fellow party members for huge damage means I found myself far more comfortable letting time pause so I could choose wisely without worrying about being battered.

Having the choice of pausing time may extend every fight, but it certainly helps for the non-experts like myself. What doesn’t help relative novices, on the other hand, is the complete obscurity of some of the key mechanics. 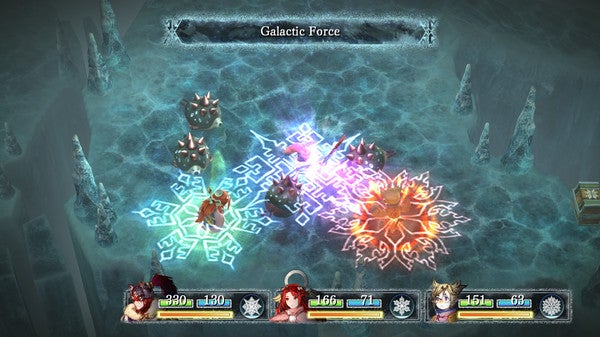 Spritnites are I Am Setsuna’s magic spells, which through selling materials you find through the world to the Magic Consortium, can then earn different spells you can equip your party with. Talismans is a form of equipment you can kit out each hero with, each having different buffs which can benefit your team in battle. The trouble is all you get that explains the sheer depth of these systems is a single page of text.

When your merchants have a huge list of Talismans and Spritnites, and it becomes impossible to tell which ones are superior to the other, it becomes a bit of a confusing setup where you’ll sometimes question if your team is at its most effective.

I Am Setsuna starts out on a strong footing: offering what seems to be the perfect game for every JRPG fan with too little time on their hands. However, something is lost along the way, too much is trimmed and outside of the excellent combat system, the plot and characters simply fail to maintain my attention, some struggle to remain likeable because of their incredibly annoying dialogue.

I enjoyed my time with the game, but there were certainly more than a few times it pushed its luck. If you love JRPGs, this is certainly worth checking out, but it doesn’t do anything we haven’t seen before.