Available on PS4 (version tested) and Xbox One, launching on PC March 6

I thought I was done with Final Fantasy. After FF13 and its sequel I’d pretty much swore to never play another one again. I couldn’t face another sulky protagonist, another round of endless cut-scenes, another baffling, overly-intricate plot. Even Lightning Returns couldn’t convince me to return. So trust me when I tell you that what I’m going to tell you next seemed unthinkable a week ago. Final Fantasy 15 isn’t the best game of the year, but it’s definitely one of my favourites.

And this is despite some pretty irritating flaws. The new action-oriented real-time combat system might be brilliant, but it’s reliant on a camera which spends most of its time losing track of you, enemies and the action entirely. Your hero, Noctis, has a fantastically useful Warp ability that should play a core part in any fight, but can only use it when there’s a specific point to warp to, and many of the battlegrounds feature no such thing. If there is, finding it with the aforementioned camera is often a nightmare. 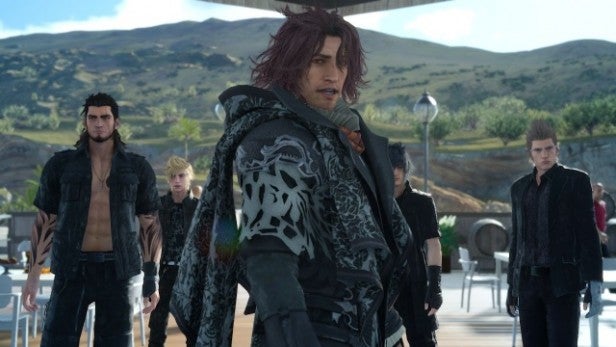 This is a game that’s designed to be accessible, yet contains dozens of nested systems, some of which you’re guaranteed to forget for hours at a time. Dungeons often come with no checkpoints or save points, but then feature a tough boss right at the end with the potential to send you back to square one, all progress and experience reset. The whole magic system is a near-disaster, first ignoring then restricting your use of the series’ signature summons, while focusing on an elemental form of sorcery that seems purposefully designed to wipe out your comrades as well as your foes. Both the PS4 and PS4 Pro versions suffer from noticeable frame-rate issues, though nothing that will make the game unplayable.

Then there’s the plot. I’m not one of those who thinks that the classic Final Fantasy games are models of flawless narrative, but FFXV’s storyline seems to lurch from one beat and objective to the next with only the slightest attempt at any causality. You’re often left guessing whether the motives of key characters are mysterious or just incomprehensible, while the sudden shifts of tone between happy-go-lucky and sad and mournful or angry and vengeful – then back again – just don’t ring true. A lot of the real story seems to be happening elsewhere, glimpsed only indirectly, and there’s no doubt that FFXV has something of a villain problem. Must all Final Fantasies leave us hankering for a Sephiroth or Ultimecia?

Yet I’ll forgive all this stuff and more, because Final Fantasy 15 is something the series (FFXIV excepted) hasn’t been in donkey’s years: fun. By putting a quartet of likable dudes on the road to open-world adventure, Square-Enix has built a game with room to breathe, laugh, discover and explore.

It helps that the world is a great one, merging the series’ traditional sci-fi, sword and sorcery with a sort of golden-hued 1950s Americana, swapping route 66 for twisting highways linking up scattered outposts, dungeons, wilderness areas and cities. Your car might not be much fun to drive – even when you drive it manually it steers itself – but it’s a great way to get from A to B while shooting the breeze and listening to classic FF soundtracks. Go off-road on foot or on Chocobo and there’s always somewhere to go and something to do, whether that’s fishing, searching for meal ingredients, taking bounty hunts on colossal critters or finding the treasure caches scattered liberally around. It’s not as rich a world as you’ll find in The Witcher III, but it has its own cool idiosyncrasies and its own vibe. 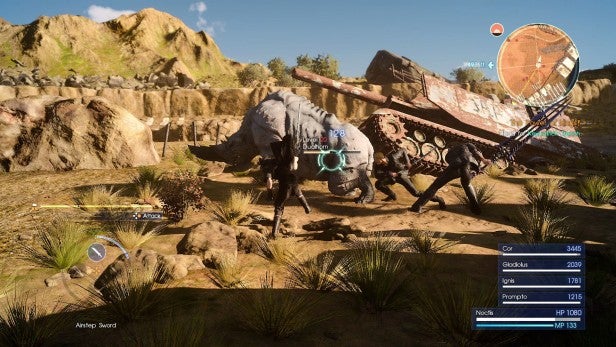 Meanwhile it’s hard to think of another RPG where the party feels less like a group of characters with different gameplay and narrative functions, and more like a genuine bunch of friends. The more you play the more you’ll come to love Prompto, Gladiolus and Ignis – even miss them when they’re absent for a time. There’s something of Uncharted in the way that the cast’s banter helps bring even the dullest moments to life.

Each has a function, thanks to the combat system’s Techniques, but even then you never see them as the healer, ranged fighter and damage dealer, just the guys you trust to have your back. Their extra-curricular duties – cooking and photography – should be annoying, yet getting a new meal from Ignis or another batch of candid shots from Prompto is one of the great pleasures of settling down to camp. And while this focus on your core group comes at the expense of other characters – even those who get a guest slot in your party – FFXV still finds time for some other memorable faces, despite some dubious wardrobe choices for key female members of the cast.

Most of all, FFXV is compelling. I had my doubts about the combat system but, despite the silly camera, it makes each battle fast-paced, interesting and surprisingly strategic, with a real emphasis on positioning and resource management. You need to understand where and when to use Noctis’s summonable royal weapons and when to stick to more basic arms, when to trigger power moves and when to hold back. There’s a real art to using warp and warp strike moves, and making the most of the Techniques that enable you to call in your friends and their abilities, and then combine them with your own. It takes getting used to – and more old-school RPG fans might prefer to make more use of the pause-able tactical mode – but this is the first Final Fantasy in years that hasn’t felt bogged down by the fighting. 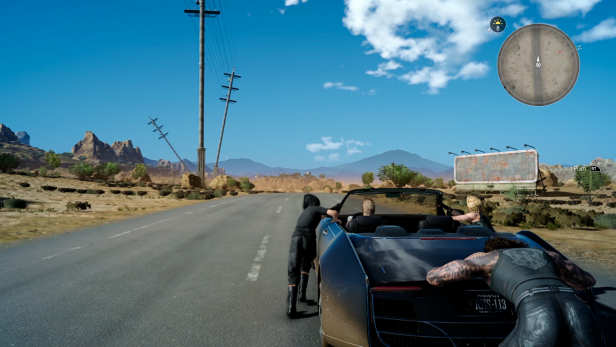 There are some well-designed dungeons and missions in here too, even if some leave you wondering why Noctis doesn’t make more use of his Warp abilities to sneak past guards or get through chainlink fences and over walls. The set-piece fights and boss battles are often surprisingly strong, the monster hunts can be tense and exciting and only the bizarre, poorly-handed stealth and driving sections let the side down, though these are, at least, thankfully brief. And though the structure grows more linear as the game goes on, there’s a corresponding ramp-up with intensity, and you’ll still find moments of downtime where you’re free to explore.

This is a strange one. It’s not a traditional Final Fantasy, a traditional JRPG or even one that plays to all the strengths of the genre or the franchise. Yet there’s something really engaging and deeply satisfying about FFXV that leaves you feeling that if Final Fantasy hasn’t quite rediscovered its mojo, it’s at least found a map that tells it where its mojo is. Next time I’d like a better story, some issues ironed out, character progression made a little more exciting and the magic system redesigned, but I wouldn’t want to lose anything of what FFXV has brought to the series. It’s far from perfect, but it’s a thing of joy.

For all its flaws – the dodgy camera, the lack of dungeon save points, the magic system, the bitty, oddly-structured plot – Final Fantasy 15 is the best single-player Final Fantasy in a decade. The new combat system is more action-oriented, but still surprisingly tactical, while the new focus on open-world exploration brings the game and its world to life. Crammed with character, choice and interest, it’s an RPG where the good times keep on rolling down the road.