For a phone costing a little over a hundred notes the Huawei Ascend W1’s hardware isn’t all that modest, as it has a dual core 1.2Ghz processor and Adreno 305 graphics. Huawei has made cut backs on storage though, as it only has 4GB of memory. Nevertheless, the presence of the microSD card slot means that you can use cards of up to 32GB in size to bump this up significantly. However, there is a caveat in that you can’t install apps to microSD cards, they have to be stored in main memory, which is a bit of a pain, but not a deal breaker as most apps don’t take up that much space. 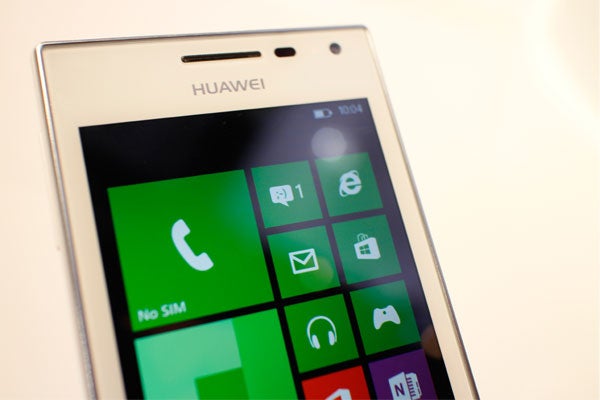 The W1 feels pretty zippy to use as it responds pretty much instantly to your taps and swipes and there’s almost none of the lag that you usually get on budget Android devices. In fact the only times that you’ll notice any real difference in performance between this handset and higher-end Windows Phone models is in the little bit of extra time it takes to open apps or render more complicated websites. 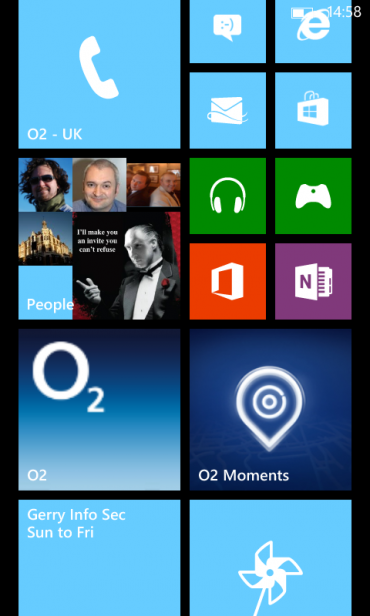 The Windows Phone interface looks very fresh and modern and the tiles approach makes it feel very contemporary. The user interface is essentially split into two parts. There’s a main homescreen that scrolls vertically and contains live tiles that show snippets of information or pictures, but if you swipe right you’ll find yourself at a list of all available apps, much like the app drawer on Android phones. You can tap and hold on these apps to pin a tile for the app to your homescreen and you can now also resize tiles to a quarter of their usual size and some of them can also be expanded to fill the width of the screen.

Windows Phone doesn’t have a standard contacts list. Instead you’ll find all your contacts are grouped together into its People Hub, where you can access not just the usual name, contact number and email address information, but also social media updates from you contacts across services like Facebook, Twitter and LinkedIn. It’s a great system that’s genuinely useful and one of the real strengths of the Windows Phones handsets like this one. 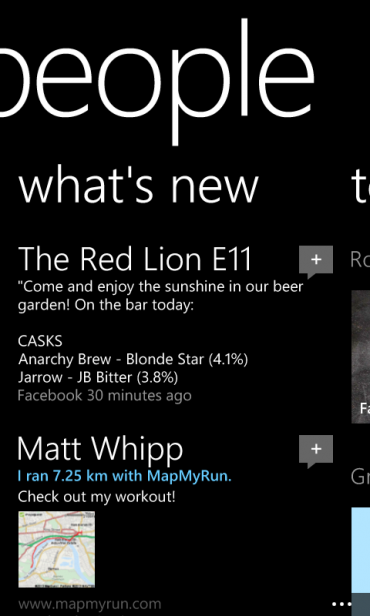 As you’d expect the W1 uses Microsoft’s Windows Explorer web browser. This is a fast and powerful browser that has plenty of features including tabbed browsing support and the ability to share pages via social networks, email or messaging services. There’s also a handy Find on Page search feature. IE is very responsive to gestures like pinch to zoom, and although the W1 is a little bit slower to render pages than Windows Phone handsets with meatier processors, it’ll give any similarly specified Android phone a run for its money. This is borne out in its benchmarks as it completed Sunspider in 1130.5ms and posted a score of 1186 in Browsermark, both of which are very good results for a budget handset. 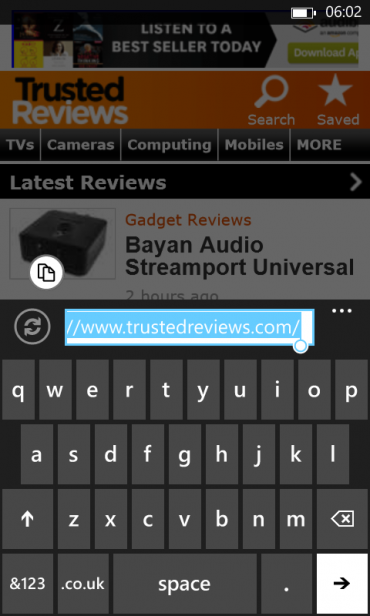 Call quality on the W1 was pretty good during our time with the phone. Its earpiece is reasonably loud and crisp, so you don’t get the muddiness or robotic speech that some lesser mobiles suffer from. The mic also seemed to do a good job, as we had no complaints about it from callers.