What is the Huawei Ascend W1?

Windows Phone hasn’t exactly taken the world of mobiles by storm and apart from Nokia and, to a lesser extent, HTC, other manufacturers haven’t been rushing to make Windows Phone handsets. So it’s something of a surprise to see the Huawei Ascend W1 appear with Windows Phone 8 onboard. This mobile is very affordable too, as you can buy it on Pay As You Go from O2 for the very reasonable sum of £110. Despite the low price it actually has a decent specification with a dual-core processor, 4.0inch screen and 5.0MP camera, so is it another impressive budget Windows Phone handset in the mould of the Nokia Lumia 620? 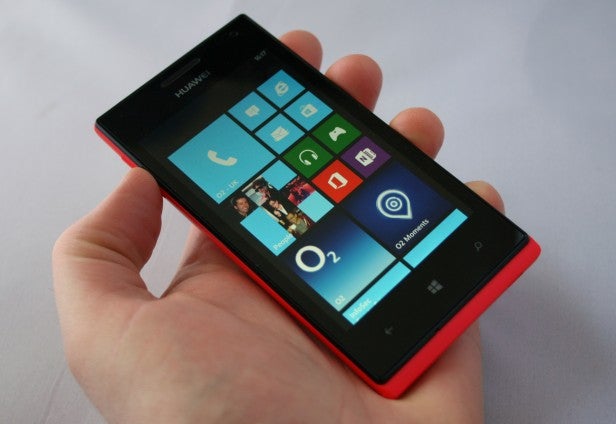 Some of Huawei’s budget Android phones have been disappointing in terms of design, mainly due to their dull and plastiky looking finishes. Thankfully the W1 sees the company getting back on track in terms of styling. Like other recent Windows Phone handsets it throws a bit of colour into the mix, with the W1 available in both blue and reddish-pink, both of which look quite striking. 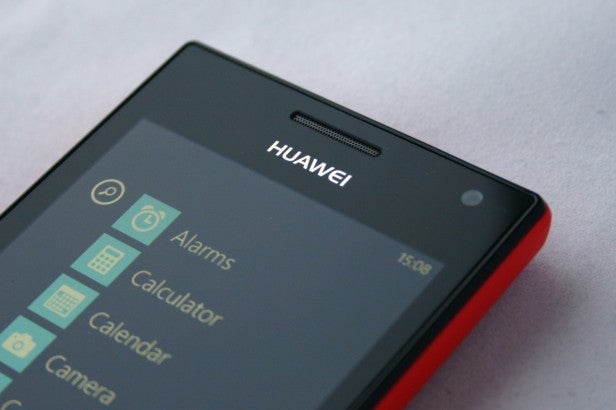 For a budget model the phone is quite slim too, measuring a relatively slender 10.15mm and while it does look a little bit boxy and angular from the rear, the edges are rounded enough for it to feel quite comfortable to hold. It’s solid too, with even the snap-on rear battery cover fitting very snugly against the power pack. 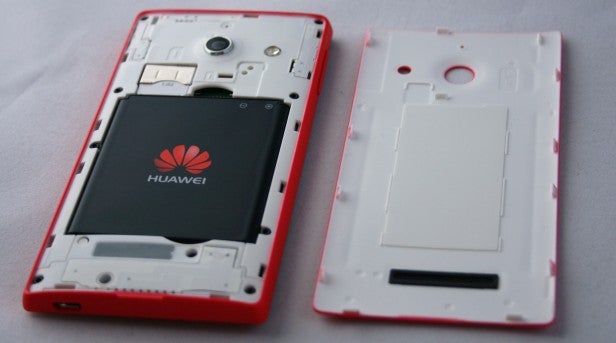 As with all Windows Phone mobiles there’s a dedicated camera button (mounted on the right hand edge) and this lets you launch the camera from standby just pressing and holding it down, which is a great feature.

The rear cover hides the removable battery as well as the Sim card holder and microSD card slot. The latter in particular is still a bit of a rarity on higher-end Windows Phone models, so it’s good to see it included on a budget phone such as this.

The 4.0inch display that Huawei has used on the W1 has a resolution of 480×800 pixels, which isn’t going to break any records. The quality of the display, though, is actually quite high, especially by budget mobile standards. 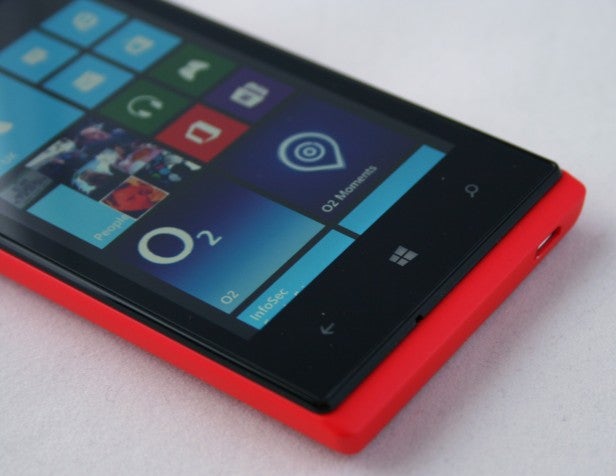 It has very wide viewing angles so colours and contrast don’t shift dramatically if you tilt the phone from side to side or up and down, unlike a lot of cheap Android handsets. It’s colours may not be as bold as on OLED displays, but they do look warm and natural. Also, at this screen size the display’s modest resolution still looks quite sharp, and certainly text is very readable and the live tiles that are a signature of the Windows Phone OS look crisp.

The screen is a bit reflective, but not any more so than most of today’s smartphones, and it has enough brightness on tap for it to still be very usable outdoors in direct sunlight.