The Pro Slate’s internal specs are more than up to the job. The quad-core Nvidia Tegra chip rattles along at 2.3GHz, and it has 2GB of RAM. That’s two more cores and twice as much memory as the iPad; it’s more akin to the hardware inside the Dell, which has a quad-core Intel CPU.

Elsewhere there’s NFC, Bluetooth and 802.11ac Wi-Fi, and a microSD slot that can add 32GB to the HP’s existing 16GB of space. Inside, there’s an accelerometer, gyroscope, ambient light sensor and NFC – but there’s no mobile broadband. This is really the only thing missing from this tablet that would have been a boon when on the road.

Real-world use saw the HP zip through Android and a host of demanding games. Real Racing 3 ran smoothly, without any slowdown no matter how many cars were featured on-screen, and the latest additions to the Modern Combat and Dead Trigger franchises were similarly slick. 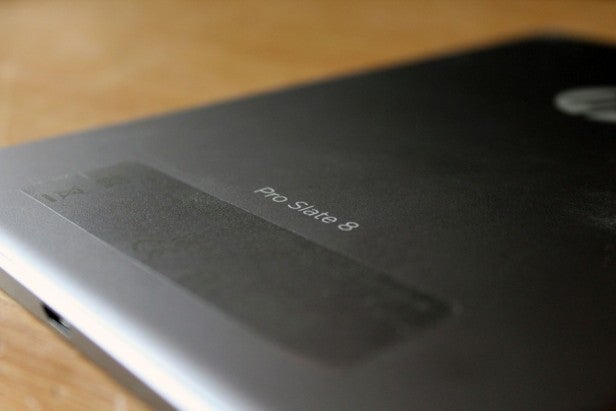 Android itself didn’t falter, with slick browsing through homescreens and menus, and no hint of slowdown in a variety of productivity applications.

So far so good, with the benchmark results to back all this up – but one HP rival is better. The HP’s Geekbench score of 2,781 was outpaced by the Dell’s 2,886 result, and although the HP scored an impressive 18,730 in 3DMark’s Ice Storm Unlimited test, the Dell was faster still.

The HP’s 8-megapixel camera doesn’t have Dell’s RealSense depth-perceiving features, but this isn’t a huge loss. It’s the inconsistent quality of the images that are more of a concern.

The camera handles close-ups with reasonable aplomb, but shots with wider angles and longer perspectives result in smudged and blurred detail. Also, the camera doesn’t always reproduce colours at their best: some shots were oversaturated, and others saw white areas lose all tone and clarity, with nuanced light disappearing into blocks of bright white. 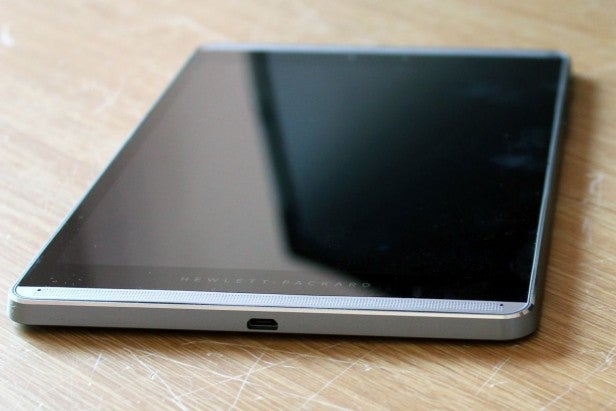 So, as is the case with many tablets, it’s good enough for taking quick snaps, but it’s no match for mid-range smartphones or even the iPad Mini’s 5-megapixel lens.

The HP’s battery life also proved underwhelming. We loaded a 720p video and ran the screen at 50 per cent brightness: with our clip looping, the Pro Slate lasted eight minutes shy of eight hours.

That’s enough juice to see you through a working day as long as you keep the heavy app use to a minimum, but expect around half-a-day’s use if you want to play games or keep the screen at 100% brightness.

If longevity is important then both rivals are better. The iPad Mini lasted for an extra two hours, and the Dell was even more proficient, lasting for over 12 hours in the same test – a key advantage of that AMOLED screen. 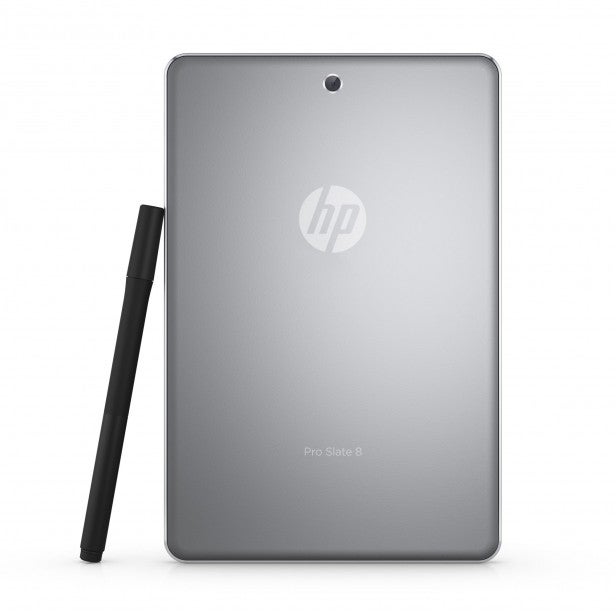 Should I Buy the HP Pro Slate 8?

The Pro Slate 8 is a good tablet in every department, with a high-quality screen, impressive processing power and an exterior that’s as smart and slick as Apple’s all-conquering iPad Mini.

However, for its success in nearly every area, its rivals still perform better. The Dell has more power, better battery life and a higher-resolution screen, and the iPad has a better camera and access to the biggest app store out there.

The HP is a good device, but its rivals are cheaper and more impressive: buy the Dell if you want a high-resolution business tablet, and stick with the iPad Mini if you’re keener on an all-round tablet.

Still searching for the perfect tablet? Have a look at our round-up of 2015’s 10 best Android devices. Or if you’d like to make the most of your new portable, browse through our pick of the 20 best Android apps.

The HP is good in many areas, but it can’t compete with its biggest rivals when it comes to battery life, performance, screen quality and business features. Its all-round strength certainly makes it a contender, but the Dell and Apple offerings are better.