This isn’t the first machine we’ve seen with HP’s Control Zone, which replicates some of Windows 8.1’s swiping functions on the touchpad. The touchpad is augmented with strips down the left and right sides: the left is used to select and switch between apps, while the right strip opens the Charms menu.

Opening the Charms menu from the right-hand strip works flawlessly, but switching between apps using the left-hand pad required too much force – and, more often than not, it didn’t work at all. The Control Zones interfere with regular trackpad operation, as accidental taps often open the Charms menu or switch between apps. The final nail in the Control Zone’s coffin is the screen itself: when touchscreen control is so close, the gimmicky pair of pads are redundant. 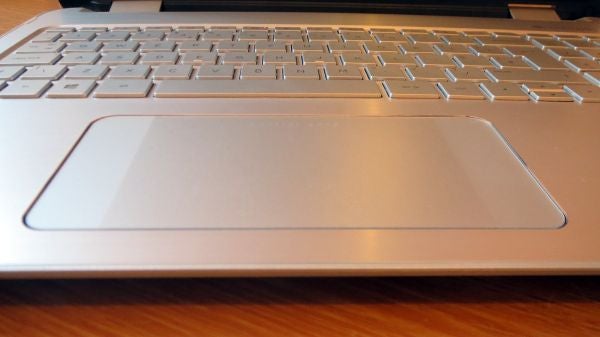 The keyboard isn’t much better. The keys feel light and wobbly, there’s little travel, and our touches even failed to register on occasion. It’s fine for IM and emails, but not up to the task of proper work.

We had no issues with heat or noise when testing the HP’s modest specification – it was virtually silent when idling and barely got louder when its components were stress-tested.

The wireless connectivity isn’t the only area where this machine’s specification lacks. There’s no optical drive, no back-facing camera, and no removable base panel for easy access to the memory slots and hard disk bay.

There’s also no shortage of extra software. Windows 8.1’s Start screen comes with apps already installed from Netflix, McAfee, Accuweather, WildTangent Games and Evernote, and the desktop serves up a bevy of HP and CyberLink tools. Whether you’ll want this is a personal choice – but, if this were our machine, almost all of it would be gone within half an hour of buying. 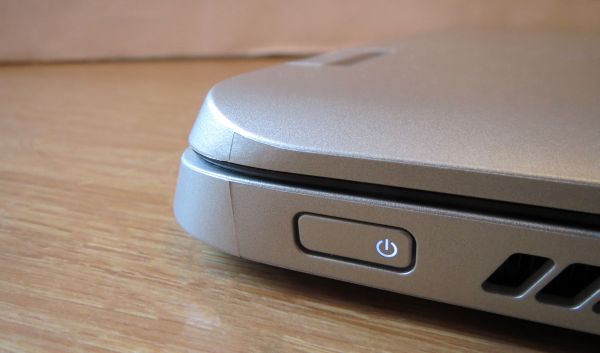 This is a good-looking mid-range machine that would get a reasonable bill of health if it was a standard laptop – it’s got a good specification, it looks smart, and its size and weight are broadly in line with other mid-range notebooks with 15.6-inch screens.

The keyboard is middling and the Control Zones hamper the touchpad but, at this price, they’re problems we could live with.

When considered as a hybrid, the Envy makes less sense. The sheer size of the screen makes it uncomfortable to use as a tablet, unless it’s with two hands at a table or a sofa, and its 2.4kg weight adds bulk. It’s a problem that affects all hybrids, but most rivals are smaller, lighter and more manageable than HP’s latest system.

The screen is a big issue overall. The lack of colour accuracy and contrast make the panel feel lifeless, and a lack of brightness doesn’t help.

The HP’s hybrid size issues, poor screen and mediocre ergonomics leave it feeling lost. It’s difficult to recommend a system this big for any sort of intensive tablet usage, and the £649 price could go towards a notebook with a Core i7 processor or discrete GPU. Only settle for this HP if its 15.6-inch hybrid functionality ticks a very specific set of boxes.

This machine looks good and has reasonable power, but it’s unremarkable in laptop mode and is too large to work as a convincing tablet – and the poor screen afflicts both types of usage. The HP’s £649 price would go further on a standard mid-range laptop, which makes the latest Envy only worth consideration if you really do need a hybrid with a 15.6-inch screen.