This mid-range machine is kitted out with a mid-range specification. The 1.7GHz Core i5 processor is designed for modest portables, and it’s got a similarly mid-range integrated graphics core.

Eight gigabytes of RAM is better – and twice as much as the memory inside rival systems – and there’s a 1TB hard disk.

The Envy is more expensive than its three main rivals, so it’s no surprise that it outpaced the competition in benchmarks. In PC Mark 7 the HP scored 2872, which is twice as good as the other three systems we’ve mentioned here, all of which rely on Celeron or Pentium chips. 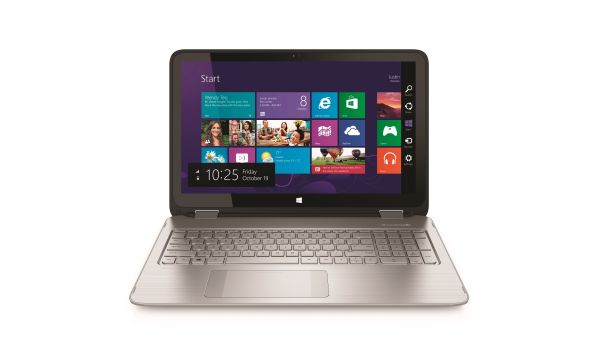 HP’s machine has the power to cope with general daily software as well as many work applications – something that its cheaper rivals can’t manage. However, the lack of a Core i7 chip means it’s not quite cut out for more intensive work; you’ll need to spend nearer to £1000 for a hybrid with that kind of hardware.

The HP’s 3D Mark results are thousands of points faster than the competition, but the lack of a discrete graphics chip means this is no gaming system. Intel’s integrated core will only handle low-end games – anything else will be delivered at frame rates akin to a slide show.

The hard disk will disappoint anyone after SSD-style speed. The Hitachi unit inside the HP lumbered to sequential read and write speeds of 99MB/s and 82MB/s – slow, even for platter-based hardware. The slow hard disk will mean applications pause before opening, and it also means a sluggish boot time: at around 40s with Windows 8.1’s Fast Start-up activated, it’s more than twice as slow as an SSD-powered machine. 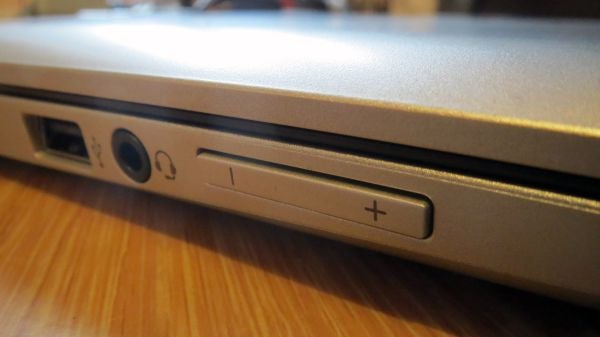 This is another area where the pricier Envy outperformed its rivals. The x360 lasted for six hours and 33 minutes in our standard battery test, which locks the screen at 40% brightness and runs a video chat and web-browsing simulation. The Toshiba, and the other HP machine, were at least half an hour behind the Envy in this test, while the Lenovo, its nearest challenger, was eight minutes short.

It’s a reasonable result that can be extended even further – drop the brightness and switch to Power Saver mode and you may manage a whole working day away from the mains.

Once the HP’s battery was depleted, we plugged the laptop in for 30 minutes. After this short charge, the Envy’s power pack had 36% of its capacity restored. That’s a decent result, and enough juice to provide two hours and 21 minutes of use.

Used as our main laptop for the review period
Tested for at least a week
Used consistent benchmarks for fair comparisons with other laptops
Reviewed using respected industry benchmarks and real world use
Previous
HP Envy 15 x360 Review Next
Keyboard, Trackpad, Software and Verdict Review