HP has paired the EliteBook’s 12.5in diagonal with a 2,560 x 1,440 resolution. That high figure and low size mean that the Folio sits pretty with a 235ppi density level. It’s a good balance: the high density level means icons, graphics and images are sharp, and HP has used Windows 10’s scaling options to run the OS at 150% size, so there’s no need to squint at tiny text.

The Lenovo ThinkPad X1 Carbon has the same resolution but a larger diagonal, so the screen isn’t quite as sharp, and the HP ZBook has a 1080p screen and so it loses clarity. 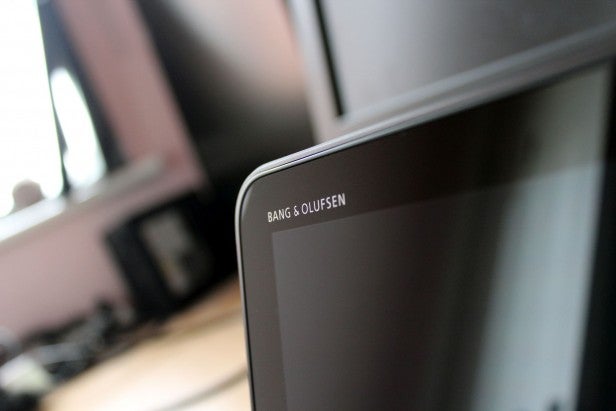 Quality is high, too. The 1,127:1 contrast ratio is made from a stunning 372-nit brightness level and a 0.33-nit black level. Both figures are excellent; the former means the Folio’s screen will be visible even under direct sunlight, and the latter lends good depth and punch to all kinds of shades.

The screen can handle intensive colour work, too. The average Delta E of 1.93 is excellent, and it’s bolstered by an sRGB gamut coverage figure of 92.7%. Both of those are among the best scores we’ve seen from an Ultrabook. The colour temperature of 7,464K is cool, but that’s the only issue.

The ZBook 14 G2 has poorer figures in most benchmarks, which means it’s fine for general work but nothing more demanding, and the Folio’s latest results are better than the older version. It also excels when compared to the Apple Macbook Air, which makes do with a sub-1080p resolution.

The Lenovo ThinkPad X1 Carbon isn’t as bright, but its lesser backlight is paired with a deeper black level for a contrast ratio that compares well with the Folio. Its colour temperature is better, but its Delta E and sRGB coverage figures are worse. It’s close, but I think the Folio’s panel is better than the Carbon’s screen. It’s sharper, brighter and can display a wider range of colours with more accuracy.

This machine’s speakers are a big deal thanks to that Bang & Olufsen branding, but the reality is more underwhelming. They’re loud enough, but they still fall foul of familiar Ultrabook issues.

There’s barely any bass – no surprise, given that there isn’t enough room for a subwoofer – and the mid-range is merely serviceable. It lacks clarity, which means it can’t pick out detail in more subtle sounds. The high-end is fine, and not too tinny, but continues to lack the precision of better kit.

For all of Bang & Olufsen’s firmware tinkering, the EliteBook’s audio remains middling. It’s fine for music, but it’s no better than the Lenovo, which had a great mid-range but a weaker high-end. As ever, Apple’s machines continue to lead the way in laptop audio.

The Folio might have a logo and its oddly-shaped speaker grille, but I’m a little disappointed that there’s no software to alter the audio. That’s something I’m seeing far more of on laptops now, especially when they boast of big-brand sound. 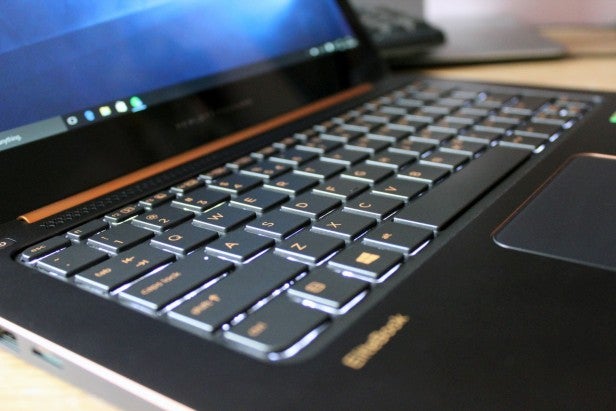 HP has retained its intriguing trackpad for this special edition EliteBook. It relies on a Synaptics technology called ForcePad, which combines common Windows gestures with similar functionality to Apple’s Force Touch pads, where the hardware simulates button presses without moving.

The Folio’s pad doesn’t feature proper buttons and doesn’t depress when pressed. Instead, it reacts to the pressure and number of fingers used on its wide surface. The pad supports right-clicking, dragging, pinching and scrolling, and every bit of functionality can be customised with different pressure points. It’s also has a couple of neat extras: scrolling speeds up with extra pressure, for instance.

The gesture functions and basic mouse movement all work well, but the pad still takes some getting used to. It’s hindered by the absence of a motor – an addition to Apple’s hardware that makes the pad feel more convincing. It would have been an important inclusion here, because clicking the HP’s pad feels indistinct – I was often a little uncertain as to whether a click had even registered.

The uncertainty followed through to the keyboard. There isn’t quite enough travel, which means I was second-guessing my typing – the keys often felt as if they were barely moving, let alone hammering down with the conviction I liked on the Lenovo and Apple machines.

It’s not bad – the keys have speed and consistency in spades – but it’s just not as good as rivals. And that’s the case with the trackpad, too.