What is the HP EliteBook Folio 1020 Bang & Olufsen Limited Edition?

The EliteBook range represents the pinnacle of HP’s design efforts. Although business laptops, they’re far from the dull-looking workhorses you’d expect with this class of device. In fact, they’re slick Ultrabooks with high-quality designs that impress far beyond the boardroom. 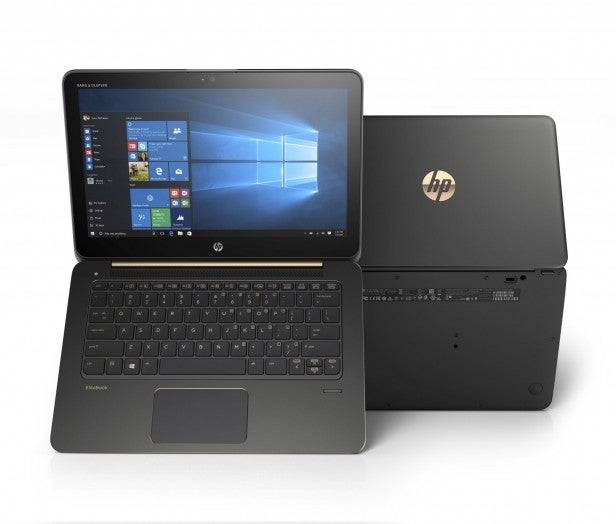 The link-up with Bang & Olufsen hasn’t just brought changes in the sound department – it’s had a big influence on this machine’s design. The aluminium usually seen on EliteBooks and other Ultrabooks has been replaced by a darker gunmetal alloy of aluminium and magnesium, and the end result is stunning.

The many accents that usually glow with shining metal are instead orange, from the hinge and the logos to the trackpad surround and the keyboard font. The HP’s tapered front edge and minimal lines fall in step with other Ultrabooks, but the darker metal and burnt orange help it stand out.

HP mixes daring design with impressive size and strength: this Folio weighs 1.2kg and it’s 16mm thin. The latest Apple Macbook Air and Lenovo ThinkPad X1 Carbon are a millimetre or two thicker, and the HP’s weight sits between those machines. Simply put, the EliteBook will fit neatly in your bag. 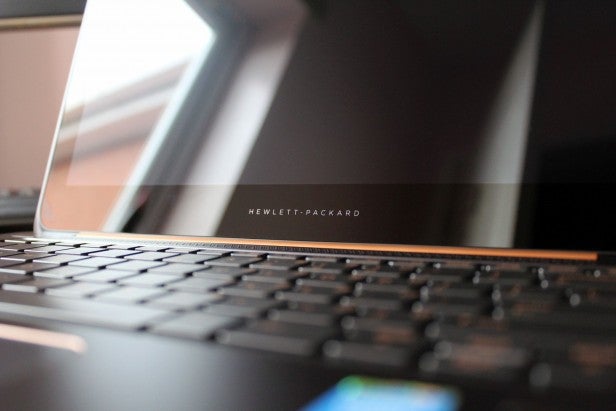 Despite all of that, HP says the EliteBook can withstand plenty of punishment. HP has tested the EliteBook to MIL-STD-810G standards, which means it’s undergone simulation of 1,000 miles of vehicle transport and has been left running for six hours while covered in dust.

HP has dropped the EliteBook 26 times from 30 inches onto every angle and edge, and it’s been subjected to huge temperature changes. In short, this passive notebook will keep working in virtually any environment that you’d take an Ultrabook. HP’s military-grade boasting is backed up by hands-on time: the Folio is strong, with little give in its surfaces or screen.

The Folio backs up its impressive design with a good slate of features. Internal connectivity extends to dual-band 802.11ac wireless and Bluetooth 4.0, and the edges have two USB 3 ports, a microSD card reader and a headphone jack. Its webcam is accompanied by a dual-array microphone and noise-reduction software for clearer video conferencing. It includes TPM, Intel vPro and a fingerprint reader, but no NFC.

The machine has an HDMI output, and a docking port connects to an included dongle that adds an Ethernet jack and D-SUB output. Also present is business software, with apps included to manage and protect whole fleets of notebooks.

It’s a better feature set than consumer laptops, but business machines offer more. The Lenovo has a 4G-ready SIM card slot and better internal access, while the HP ZBook 14 G2 had a greater number of ports and upgrade room. 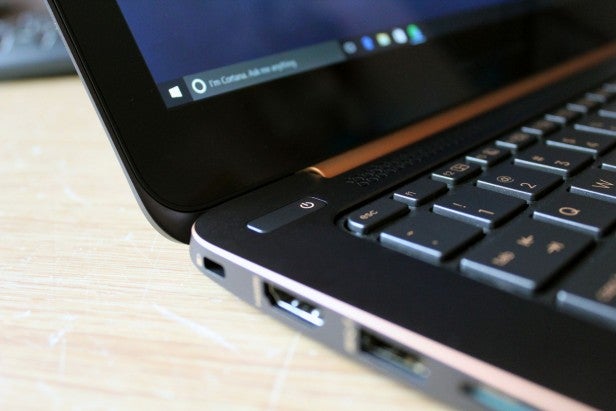 Under the hood, it’s business as usual. This passive portable is powered by an Intel Core M-5Y71 processor. It’s a 14nm low-power part designed for longevity and efficiency. Its 4.5W peak power requirement is a long way short of the 15W needed by the Core i7-5600U inside the Lenovo and the MacBook Air’s Core i5.

Elsewhere, HP’s machine has 8GB of memory and a 512GB SSD. That’s capacious for a corporate machine, but it’s a SATA drive, so its speed will be restricted when compared to the MacBook’s PCI-based storage.

It’s only possible to get the Folio’s Bang & Olufsen edition with this specification, but more variation is available elsewhere in the range. An older specification with a smaller SSD and slightly slower processor is available for £1,319. There’s an even cheaper model that costs £1,199 that maintains those lesser components but makes do with a 1080p screen.

This model’s high price also invites a host of alternatives. The key contender is the Lenovo ThinkPad X1 Carbon, which comes in three models that range from £1,160 to £1,770. They all have Core i5 or Core i7 processors and 8GB of RAM; the two pricier models have 1440p screens. The most expensive model has a PCI-based SSD, and it’s still cheaper than the HP.

It’s also worth looking at HP’s own range. The ZBook 14 is a little larger and therefore heavier, but not enough to weigh down a bag – and the added bulk comes with a more focused approach. These machines have Core i7 processors, SSDs and 1080p 14in screens, and some have AMD FirePro graphics. The ZBooks also cost only around £1,000.

The top-end Apple MacBook Air 13in model is twice as cheap as the HP. It looks similarly stylish, and there isn’t much to differentiate its specification. It’s missing only the EliteBook’s  business features.