The Folio has more power-efficient components than its rivals, but that didn’t translate to impressive longevity. Our standard test sets the screen to 40% brightness and runs a web-browsing and video-chat simulation. The EliteBook lasted 8hrs 15mins – about 45 minutes better than the original Folio.

That’s an improvement, but it’s still behind rivals. The Lenovo was ten minutes short of ten hours, and the MacBook Air was just over that mark. Only the HP ZBook, with its more powerful components and discrete GPU, was weaker – it lasted about six hours.

It’s just enough to see the Folio through a full day at the office, but it’s another area where rivals are better. 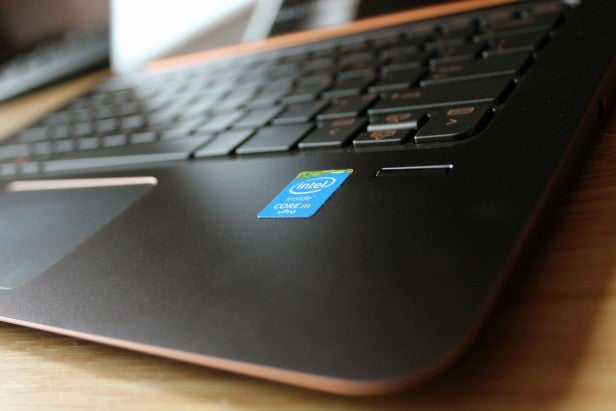 The EliteBook’s modest specification led to middling benchmark results. In Geekbench 3 the Folio managed a score of 3,978, but the Lenovo scored 5,194 – and the HP ZBook topped out with an excellent 6,822. Even the Apple MacBook Air, which is half the price of this machine, scored 5,401.

That pattern repeated in PC Mark 7, where the EliteBook’s 4,320 result was around 1,000 points behind the Lenovo ThinkPad X1 Carbon. HP’s updated machine wasn’t much faster than the older model, either – which scored 4,027.

My final CPU test, Cinebench, saw the HP score 169cb. That’s about 100 points behind the Carbon X1, further behind the HP ZBook 14 G2, and only 29 points ahead of the original EliteBook.

The HP’s underwhelming performance continued in graphics benchmarks. Ice Storm is 3D Mark’s easiest test, but the Folio achieved only 30,415 points. That’s 12,000 points behind the HP ZBook, and 18,000 behind the Carbon and its better-integrated chipset.

This is no machine for high-end graphical work – basic photo editing is going to be the limit of its talents.

The SanDisk SSD’s sequential read and write speeds of 408MB/sec and 341MB/sec are better than any hard disk, and on a par with the drives inside most rivals, so boot and application loading times will be rapid. Machines such as the MacBook Air already boast PCI-based storage, though, and other Ultrabooks are following suit. Those drives are more than twice as quick as the Folio’s SATA-based SSD, and the difference in responsiveness is noticeable.

At least this passive system didn’t have any thermal issues. It distributes heat well – none of the warmth generated by stress-testing made its way to to crucial parts of the exterior – and it’s completely silent too.

HP’s latest machine might fall behind every rival in benchmarks, but I must stress that it isn’t slow. It feels responsive and you won’t ever see it struggle with Office applications, less intensive photo-editing tools and work applications.

Crucially, though, it lacks the grunt for anything more demanding – and that’s an understandable concern when a laptop costs £2,000. If performance is a priority, the ZBook 14 is more powerful and well rounded. 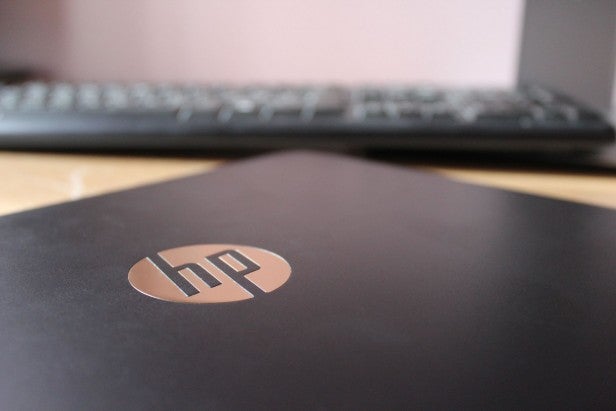 HP’s latest business laptop is one of the best-looking corporate machines I’ve ever seen. Its gunmetal grey exterior is highlighted with smart burnt orange, and its smart looks are paired with a frame that’s strong while also proving slimmer and lighter than the competition.

The screen is fantastic, and the Folio has a good slate of business features. When it comes to performance and ergonomics, HP’s latest is more than good enough for getting on with work.

However, the Folio suffers practical issues. Several of its rivals are faster, offer improved battery life and better keyboards and trackpads. Some include more business features, and they’re all cheaper than the Folio.

HP’s latest gets little seriously wrong, but it’s a style-over-substance machine that’s outpaced in several areas by more affordable rivals. It’s undoubtedly one of the best-looking business laptops ever, but several competitors are cheaper and more practical.

The Folio is light, slim and good-looking, and HP has crammed a superb screen and a decent range of business features into its svelte frame. Compromises have been made elsewhere, though, which means that other notebooks are faster, longer-lasting and cheaper.

Not convinced? Click here to explore our verdicts on 2016’s ten greatest laptops, or drill down further with a round-up of the best 13in notebooks on the market.