Hidden Agenda is a thriller with a difference – a sort of interactive movie that, like the rest of Sony’s PlayLink range, is controlled through a smartphone app connected to your PS4. Up to six of you can hook up through a phone or tablet, and while you can’t control the protagonists directly, you can weigh in on crucial choices, pushing the direction of the story one way or the other. What’s more, each choice has a ‘ripple effect’, altering how the story branches and affecting the decisions you’ll be able to make later in the game.

I know, it sounds weird. But think of Hidden Agenda as a kind of Heavy Rain without so many quicktime events and with all the decisions made by committee (unless you’re playing on your tod). You watch the events unfold, waiting for the next choice to come up. When it does, you move a cursor into one of two boxes to have your vote. Once there’s a majority for one option, the action carries on.

There’s less agency than in Heavy Rain, or even your average Telltale game, but every now and then Hidden Agenda goes further. A handful of action scenes push your reflexes by asking you to move your cursor quickly onto a reticule onscreen. A few scenes also see you hunt for clues, sweeping a magnifying glass across the scenery, trying to spot the hotspots that show up before the timer runs down. No, I don’t know why this has to happen in a hurry, either. 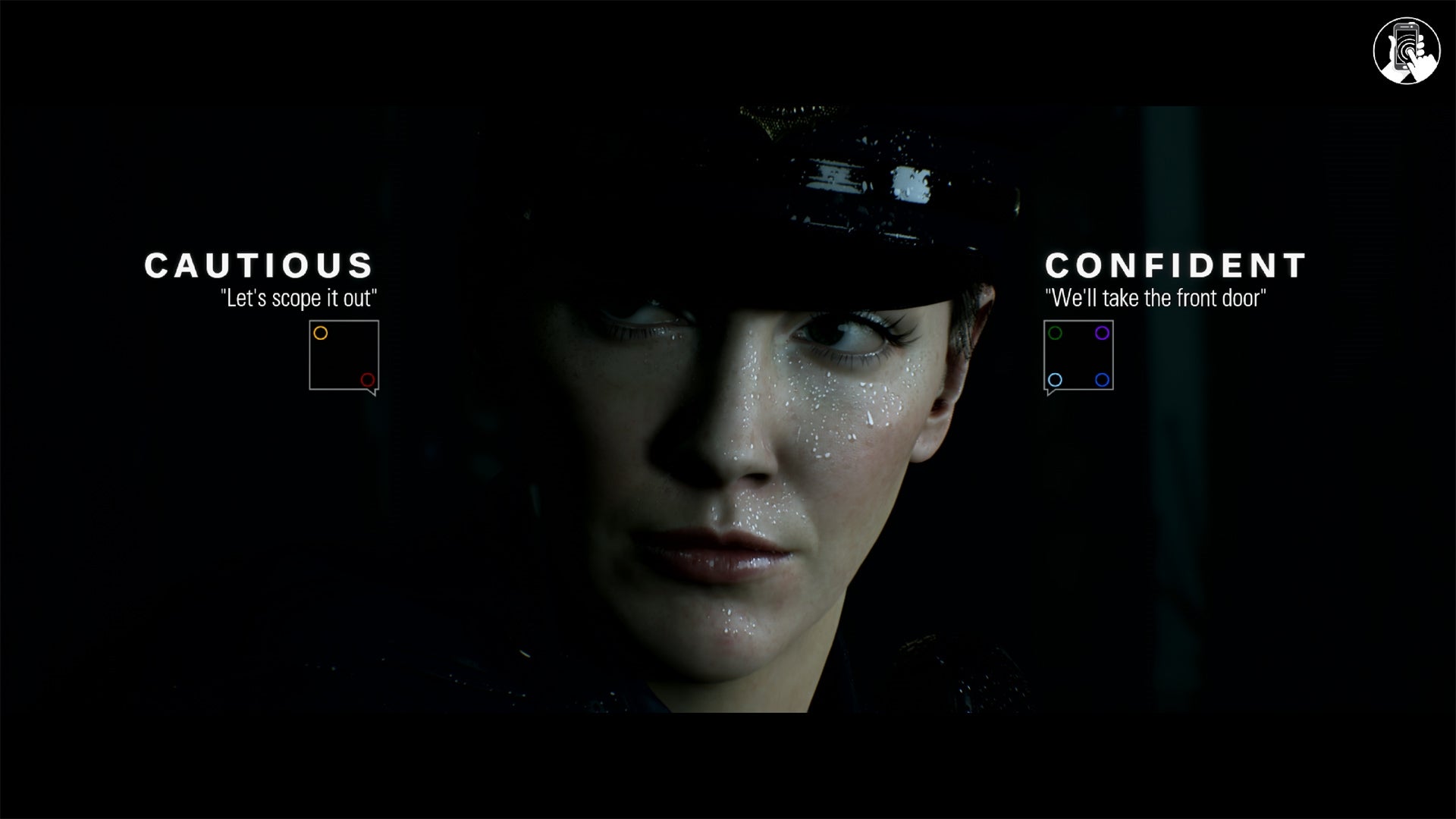 This isn’t playing a game as most of us know it, but it’s an interesting way to engage with an unfolding drama. Because you don’t have to handle moving the character around or trying to solve puzzles, you’re free to think about how you want to play each scene and how you want your protagonist to come across. You can ponder which response will get you more information, which will make you more sympathetic or dislikable. Each choice has consequences, some blindingly obvious, some only becoming apparent as the game goes on.

Sure, the story comes straight from the post-Seven serial killer thriller playbook, with an extra dollop of cop show cliché on top. All the same, it’s quite entertaining for the two hours or so it runs. It begins with your rookie officer catching a notorious killer, then moves on several years to doubts about the conviction and sinister developments that raise new questions. Are her colleagues hiding something? Is she going crazy? What went on at the mysterious orphanage so many years ago? Who knows what really went on with those killings, and who else might be involved?

Like so many modern thrillers it’s spoilt by unbelievable behaviour, poor motivation and the kind of plot holes you could drive a bus through, but while it’s not exactly edge-of-the-seat stuff, that doesn’t mean it isn’t engaging in its peculiar way. 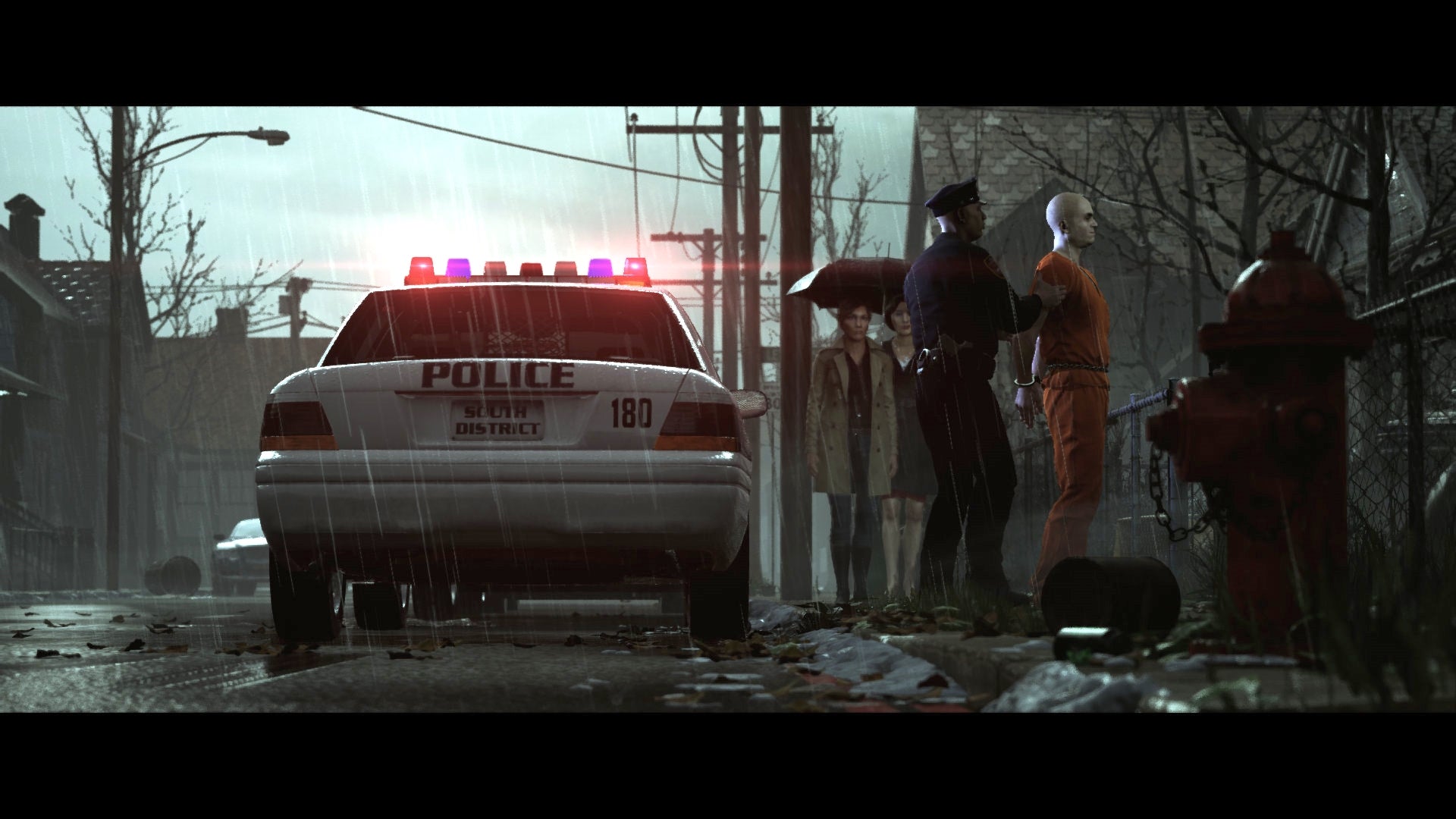 That’s partly because all that ripple effect stuff seems to work. Sometimes it’s pretty superficial, resulting in an extra line here or a barely-mentioned injury there. At other times, though, characters may die, facts may not be discovered or your hero might be left without an alibi. It’s well worth playing through twice to see how different choices or even chains of choices play out. And while it’s frustrating that one specific action sequence can make the difference between a good ending and a much darker, anti-climactic finish, the feeling that you haven’t seen the whole story drags you back for more.

It also helps that Hidden Agenda is a technically impressive game. Supermassive showed with Until Dawn that it could deliver cinematic-looking characters and environments, and while the animation keeps shoving things back down the slopes of the uncanny valley, it’s still pretty watchable. The performances are mostly good, bar a few flat or overblown lines, while the score keeps things tense as well.

All the same, that lack of agency can be frustrating. At times Hidden Agenda has the same old problem as L.A. Noire, where, instead of the measured dialogue choice you’re expecting, your character goes completely overboard. Occasionally, there’s a weird disconnect between the responses presented to you and what actually happens. Why on Earth did saying that cause this? 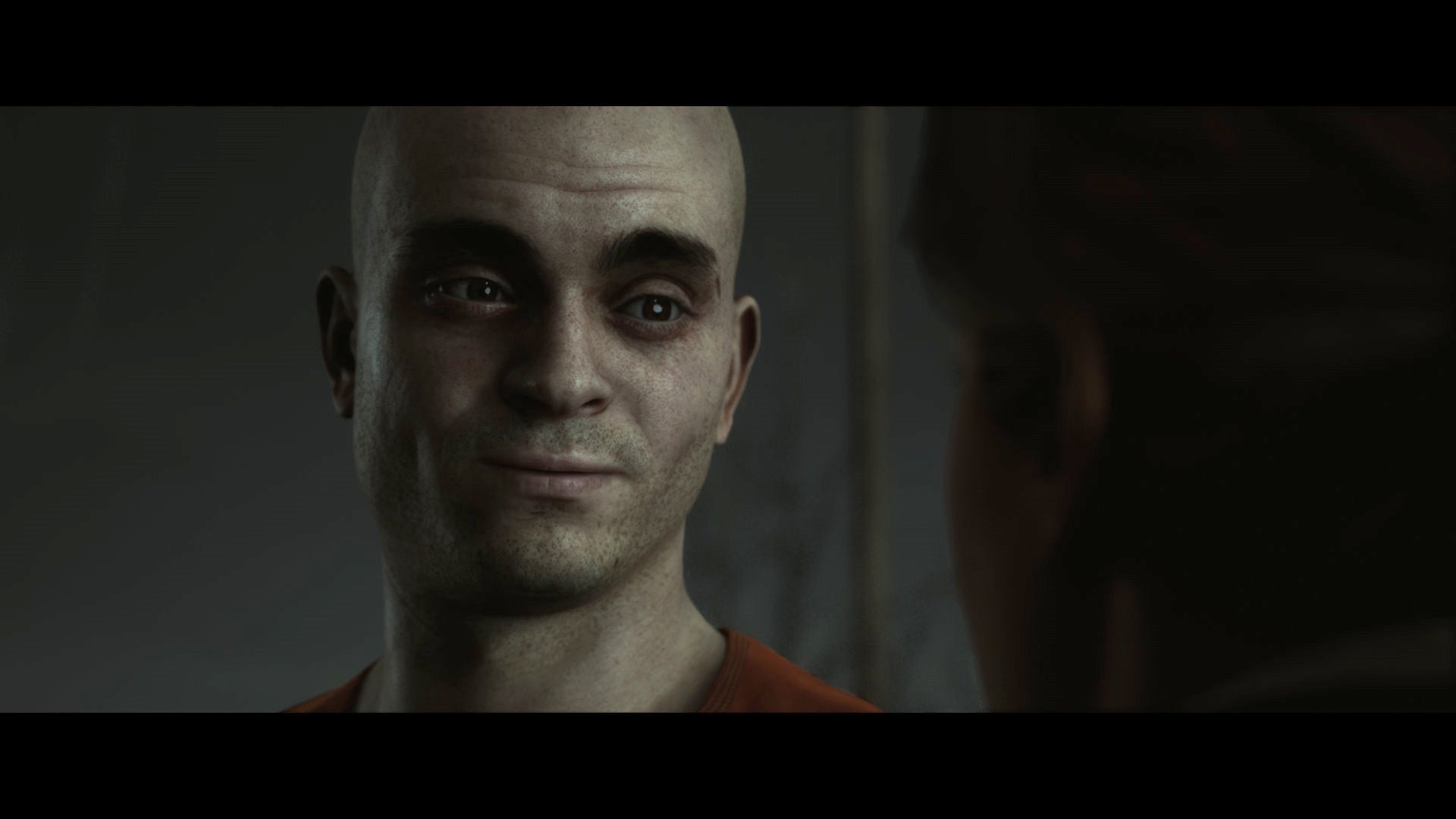 A few additional problems also hold the experience back. When it comes to the action sequences, much depends on the sensitivity and accuracy of your phone’s touchscreen; expect to fail if it’s not up to scratch. More seriously, the first player to join the game is appointed as the main player, and if their phone runs out of battery and disconnects suddenly, the game stalls. In our case, we couldn’t save and lost the whole shebang. Be careful about where you pause while you’re at it. I had to stop and take a phone call during a crucial section, then fluffed a crucial action sequence as the game restarted.

I’m not quite sure what to think about Hidden Agenda’s titular competitive mode, either. Here, the action pauses now and then to give each player a ‘hidden agenda’: an instruction to guide the dialogue in a certain direction or ensure that a key objective’s met. It can be fun to try and steer the other players towards your agenda and rack up a winning score. If you can’t persuade them, you can use special takeover cards to force the decision your way.

However, the way the game pauses to dish out hidden agendas soon grows intrusive and annoying, while you wonder if this mode wouldn’t be more effective if the game let you steer things subtly. Instead, the game practically screams ‘This is the crucial Hidden Agenda question’ in your face, preventing you from hiding your agenda much at all.

That’s symptomatic of everything that’s good and bad about Hidden Agenda. In some ways it’s a rather brilliant, surprisingly inventive take on the interactive drama of the Telltale games or Heavy Rain.

As a game for chilling out on the sofa with a handful of friends or the family, Hidden Agenda is pretty cool. Yet there’s a lot about the mechanics, the story, the situations and the characters that seems wilfully, crazily dumb. For £20 for a few hours of fun it’s well worth a try, but this feels like an interesting concept that needs some work before it all comes good.