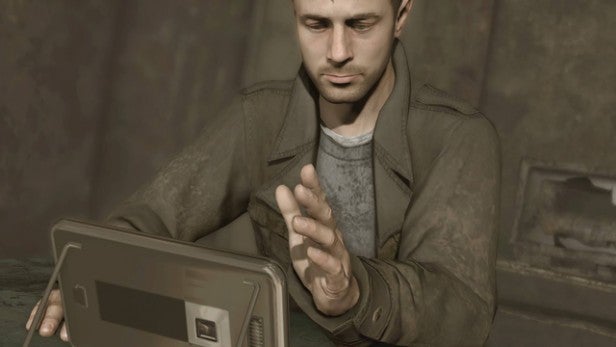 Available on PS4, PS3
What were we all thinking? Six years ago Quantic Dream’s pioneering interactive drama seemed like the future; a combination of advanced facial animation and motion-captured performances promising a new era of cinematic games. Now, after The Walking Dead, Remember Me and Until Dawn it seems a curious concoction, technically dazzling but weirdly unsatisfying. I’d be tempted to say that we were so excited about the ‘drama’ that we forgot about the ‘interaction’, but the closer you look at Heavy Rain, the more the drama falls apart as well.

This PS4 remaster makes what impressed us so much back then even more impressive. Now running at full 1080p and (mostly) minus the frame rate drops and screen tearing that blighted the original, Heavy Rain still looks fantastic. At times, the crystal-clear presentation highlights a lack of detail in the background, but with enhanced anti-aliasing, lighting and shadows, not to mention new textures and improved water and skin simulations, this is one PS4 remaster that could pass as a next-gen game. True, the in-game character models never look quite as good as the stunning facial close-ups we see while sequences load, but they’re closer to the mark. What’s more, those sequences now load much faster. 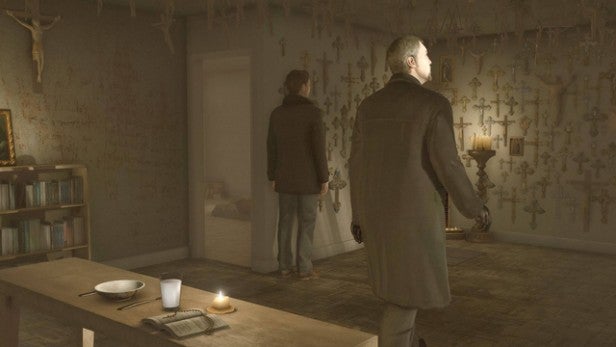 It’s not all good news. On my first session with the game I encountered all sorts of weirdness, ranging from flickering and strobing white text to stuttering animation to elements of the background dropping in and dropping out and – at one point – the protagonist getting trapped inside the model of their sofa. Simply restarting the game didn’t fix this, even after a patch, yet powering off and restarting the PS4 seems to do the trick. It’s worth trying if you have similar issues.

Such things are probably temporary. It’s on the gameplay front that Heavy Rain’s real problems lie. This is a game where you steer your character around like a car, the R2 button working much like the accelerator on a dodgem. It’s a horrible system and seems utterly unnecessary. And while there are some light puzzles and moments where you can affect the direction of the dialogue or take decisive action, your main mode of interaction is doing what the prompts on the screen tell you to. The prompt says move the right-stick to the right then curve it down and to the left. Do it. The prompt says hold L1, then L2, then pump the X key repeatedly. Do it. 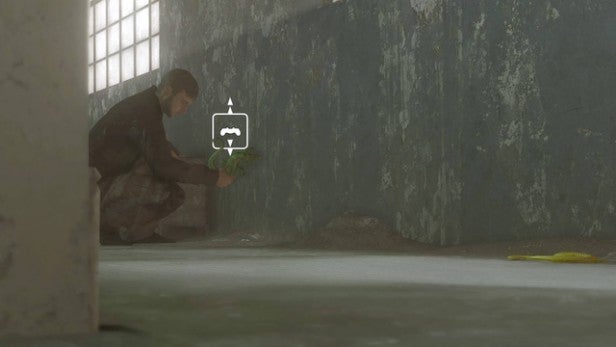 You can moan that Telltale’s games can make you feel more like the director of a scene than an actor in it, pushing the drama in one direction or another, but in Heavy Rain you feel more like a puppeteer. Each character has a part to play, and it’s your job to make them play it. You’re almost literally going through the motions.

That might be a bit harsh, and it’s not actually as bad as it sounds. The game is at its best when it sets up a suspense scene and your ability to wrangle the controls and think quickly suddenly counts, for instance, as you try to help an injured man exit a building with the cops about the break down the doors. The technique also works when it reinforces identification with your protagonist, with their discomfort on the screen mirrored by your awkward grip on the controller. Even the Dualshock 4’s rarely-used accelerometers come into play here, a sudden jerk becoming a shunt or an awful, self-inflicted blow. 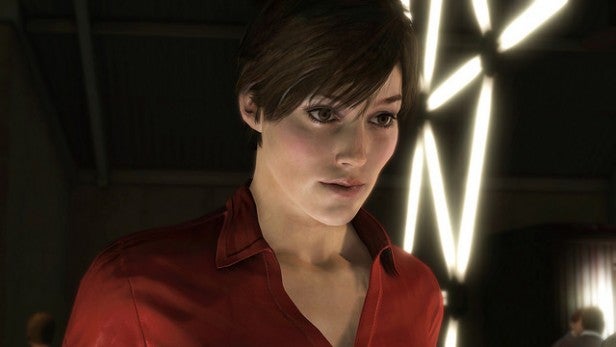 At other times, though, you just feel distanced from the action and not really in control. You might even feel like you’re being forced to work through the bits Hollywood movies would be smart enough to leave off the screen. What’s more, the moments where interaction should be strongest – with FBI agent Norman Jayden and his augmented reality specs – turn out to be the weakest, involving the kind of detective work that Batman: Arkham Knight and Assassin’s Creed: Syndicate put to shame.

Then there’s the drama. Let’s be clear: there is some really good stuff here, including a handful of good performances and some powerful or suspenseful scenes. Any narrative where a parent has to go to extreme measures to rescue their child will have some resonance, and Ethan Mars’ trials include some shocking and heartbreaking moments. The scene where heroine Madison visits a creepy doctor is genuinely tense and scary, and some of tubby gumshoe Scott Shelby’s scenes are great. The central storyline has potential, and the downbeat mood is enhanced by an effective score. 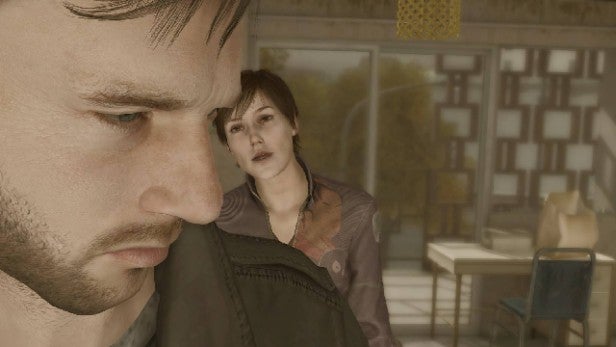 But as for the rest of it – boy, is it a bit of a mess. At times, Heavy Rain can feel like a string of scenes ripped from the post-Seven wave of serial killer thrillers, the Hostel/Saw torture porn cycle and decades of police procedurals, complete with cynical chiefs, red herring suspects and cops who stretch the rules too far. Some scenes seem needlessly protracted to cram some much-needed interaction in.  Do you really need to change, feed and burp the baby in the middle of a murder case? A couple of scenes even seem unnecessarily voyeuristic and unintentionally creepy, including at least two with Madison Paige. And as for the big reveal – is there anyone out there who thinks it’s anything more than a cheap shock?

An inconsistent script isn’t helped by inconsistent acting, with decent performances for Ethan and Madison and flat or variable performances for Norman, Scott and just about everyone else. You can blame the uncanny valley, but you suspect that some of the acting wouldn’t be much better if you were watching the performer in the flesh. 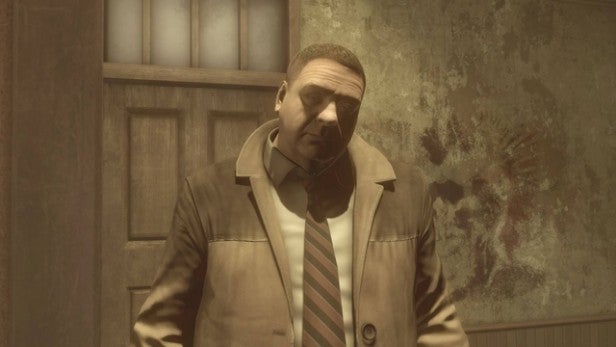 All the interactive dramas that have followed Heavy Rain have struggled with the same issues of player agency and choice, and at least Heavy Rain plays out in different ways depending on your decisions and successes; it’s never set in stone who lives or dies. It’s also possible that those coming to it for the first time will be more gripped by the narrative and less inclined to pick holes. Yet Heavy Rain can be brilliant one minute, baffling or boring the next. And while I don’t think the plot of its successor, Beyond: Two Souls, makes any more sense, it’s raised by much better performances from Ellen Page and Willem Dafoe, and by the fact that there’s just much more to do. It’s easier to stomach a more preposterous storyline when you’re more involved in playing the game.

Verdict
Despite a few technical issues, this is the definitive version of Heavy Rain. The problem is that Heavy Rain now feels less like gaming’s glorious, cinematic future, and more like a semi-interactive cul-de-sac; a string of scenes, some stronger than others, propelled along by quick time events. It’s just about worth playing for its best bits, but other, less visually accomplished dramas do a better job of immersing you in their tale.