Like its ‘gravity queen’ heroine, Gravity Rush 2 delights in confounding expectations, switching directions and adding complications until you can’t tell which way’s up and which way’s down. What starts as a peculiar sequel to one of PS Vita’s smartest, most imaginative games blossoms into something even better. It’s just the game you need to brighten up a gloomy start to 2017.

Prepare to be baffled by the opening half hour, which sees Kat stripped of her gravity-twisting powers and stranded far away from her hometown, Hekseville, working with a nomadic band of miners salvaging crystals from strange ruins floating in the sky. Even with her powers returned, hovering in the air with a tap of R1, aiming with the right stick, speeding forwards and clinging to a surface with R2, Kat still doesn’t seem her old self. 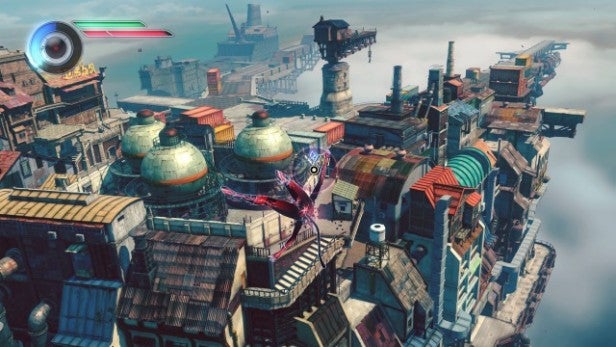 Where the original gloried in its idiosyncratic urban open world, Gravity Rush 2 appears to have adopted a more episodic structure, its missions and side-quests arranged loosely round the mining fleet hub. While you’ll still find Kat subverting the laws of physics, ‘falling’ horizontally, running up walls or along the underside of ledges, tackling vicious otherworldly critters with a flurry of kicks, some of the old glamour seems to have disappeared. Have we really left Hekseville behind for this?

Don’t worry, Gravity Rush 2 is only fooling with you. With the preliminaries over, the cast introduced and a fantastic psychedelic world explored, the game reveals its real setting – the floating city of Jirga Para Lhao. It’s Hekseville on steroids; bigger, brighter, more colourful and varied, with its class structure rendered physical, the poor struggling in shanty flotillas of airboats beneath cloud level, the rich living it up on their lofty island mansions. 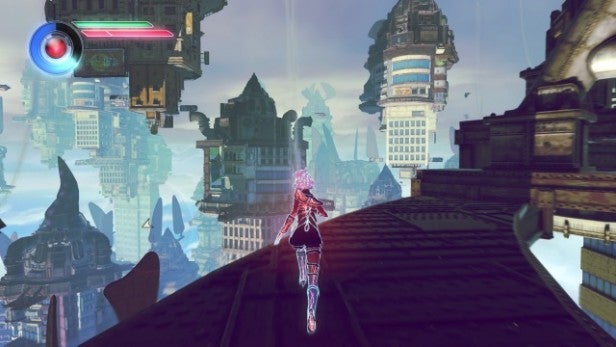 It’s a bigger world than you first suspect, the tight streets and market plazas of the central areas giving way to flying fortresses and weird, clustered suburbs, all without the artificial separations that made Hekseville possible within the limitations of the Vita’s hardware. While it’s tempting to describe it as a manga version of Bioshock’s Columbia, that doesn’t really do Jirga Para Lhao justice. While it might not have the depth or the responsive population of a more conventional open world, it’s still a fascinating place to buzz around.

There’s a lot to do here, too. On the one hand, Kat becomes embroiled in the local class struggle, as it becomes clear that those below are getting a raw deal from above. By turns she’ll have to play investigative reporter, rich woman’s dogsbody, volunteer firefighter, revolutionary, singer and all-round force for freedom. Beyond the main story there are loads of side-missions to get stuck into, taking in everything from newspaper deliveries to mining to helping out a rather seedy old geezer with photos of attractive local girls (for health reasons, apparently). Throw in combat challenges and scavenger hunts for online competition, and there’s really no reason to be bored. 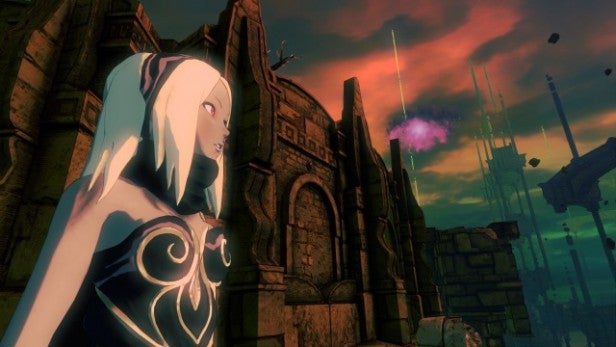 What makes Gravity Rush 2 special, however, is that it never stops surprising you, even after many hours. Just when you think you’ve mastered Kat’s advanced powers, hitting enemies hard with your gravity kick and using gravity fields to catapult debris at them, it throws in alternate modes with their own movement styles, combat moves, advantages and limitations. What you gain in long-distance jumping and enemy-slowing buffs for your projectiles you can lose in close-combat stopping power and speed, but in some situations the trade-off for the Lunar style is worth it. Similarly, there are times when a slower but more powerful move-set is called for, in which case the Jupiter style has your back.

You’re thrown into weirder and more wondrous settings with echoes of cosmic horror, where you’ll explore these new powers to their fullest and – just when you think you have the game’s measure – you’ll learn that you still don’t know what’s really going on. This is a game that aces its lighter moments but also doesn’t struggle when it comes to epic boss battles or big climactic moments. What seems a rather predictable tale with a surprisingly early ending soon transforms into anything but that. 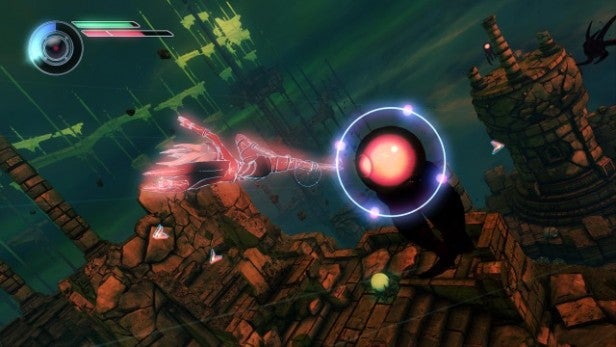 There are some missteps, of course. Several sections put the focus on stealth when Kat’s capabilities don’t really fit, leaving you prone to insta-fail frustration. Luckily, these sections are mercifully brief. In a game where gravity shifts and you can move in any direction, camera angles are inevitably a problem, and while these aren’t a major issue in regular gameplay this can result in some floundering during boss battles – something not helped by the rather unpredictable auto-targetting for throwing and long-distance kicks. The skills progression system, meanwhile, is far too dependent on collecting hundreds of little red gems – an unnecessary distraction from the far more entertaining campaign and side quests.

I’m prepared to forgive a lot, though, on the basis of the game’s quirky charm and beautiful visual style. There’s something really lovable about its kooky cast and Kat’s infectious rose-tinted optimism, and the same kind of spirit imbues every mission you take and every character you meet, not to mention the punchy comic-book cut-scenes that punctuate the action. Sure, there are tons of games with collectable costumes and photo-taking side activities, but not so many where they actually feel like a natural element of the gameplay. And while some might feel the PS4’s power is being wasted on cel-shaded graphics, these are amongst the best cel-shaded graphics you’ve ever seen; crisp, intricately detailed and full of life and colour. It looks great at 1080p on a PS4, but even more lovely on a 4K screen with a PS4 Pro.

Verdict
Gravity Rush 2 takes the strange, quirky style and gameplay of the original and lets it loose on a larger canvas, dishing up its gravity-twisting action with real imagination and verve. It has the original’s charm and personality but more ambition, with a bigger setting, bigger set-pieces and a storyline to match. If Gravity Rush gave us a great heroine, some interesting mechanics and a different take on the action adventure, the sequel puts then centre-stage in a tale that does them justice.