Thrillingly capable and deeply impressive, the Grado GT220 are the best-sounding true wireless in-ears around

The Grado GT220 are the Brooklyn-based audio brand’s first ever wireless earbud.

If you’re familiar with the Grado brand, it’s probable that you have a few preconceptions – especially where its headphones are concerned. They’ll almost certainly centre around the way they sound (never less than good, quite often truly outstanding), the way they look (staunchly retro in a full-on ‘rear gunner on a Lancaster bomber’ kind of way) and their opened-backed foibles (‘leaky’ is too mild a word for what Grado headphones generally are).

But the company’s new GT220 true wireless in-ear headphones don’t conform. They’re small and lightweight, for starters, and they don’t leak any sound at all. They’re at the cutting edge where most of Grado’s product range is (at least in terms of looks) lagging behind somewhat.

But is it Grado business as usual where sound quality is concerned?

The Grado GT220 sit on the higher end of the true wireless earbud market at £250 / $259. While they offer some premium-level features, they also don’t look or feel like a £250 pair of earbuds.

The GT220 miss out on some of the features offered by similarly-priced rivals, but their audio performance and battery life nevertheless allow them to compete with the best of them. Currently there’s a deal running until the end of August with the GT220 priced at £199.

So yes, this is far from your typical pair of Grados. As far as design is concerned, it seems Grado has endeavoured to do as little as possible. Which, in a product that needs to be as small and light as is realistically possible, is all to the good.

The GT220 are a flyweight 5g each. The enclosures are built from polycarbonate, and they’re unyielding to the touch. On the inside there’s an 8mm full-range dynamic driver in each earbud, made from polyethylene terephthalate.

There’s an assertive ‘G’ symbol on each earbud where the touch-control surface is, and it lights up to indicate what the GT220 are up to. But apart from this ‘flourish’, the GT220 are anonymous lookers. Which is a polite way of saying they don’t exactly look like they cost premium true-wireless money.

In terms of fit, the GT220 are designed – much like Shure’s celebrated in-ear monitors – to ‘twist and lock’. As well as promising a secure fit, this arrangement is designed to offer a degree of passive noise-cancellation, which, as we shall see in the ‘Features’ section that’s fast approaching, is just as well…

It might be easiest to start with what the GT220 don’t feature. Everybody else’s £250-ish true wireless in-ears come complete with active noise-cancellation technology and a fancy-pants control app to customise touch controls and fiddle with EQs – but not the Grados. Any noise-cancelling (of the passive sort) will be achieved only by the security of their fit, and they will sound only and always the way they sound when you first hear them.

Surely, though, £250 buys some features beyond a complex-sounding driver material and a dependable brand name?

Well yes, it does – up to a point. For instance, it buys you 36 hours of battery life – six in the buds and a further five full charges in the Qi-compatible charging case. It’s a compact, light (42g) case, too – so here the Grados claw back quite a lot of credibility compared to the likes of their Bose QuietComfort Earbuds both in terms of battery life and overall dimensions.

So yes, it also buys compatibility with both Google Assistant and Siri. There’s a mic in each earbud which prove more than up to the task of delivering both instructions and crisp call quality.

And it’s here, in the section covering ‘Sound quality’, that – like so many Grado headphones – the Grado GT220 stop looking rather a niche choice and start becoming compelling.

Before that can happen, though, you have to get the Grados in position, which isn’t as easy as it really ought to be when you consider how small and light the GT220 are. I flatter myself that my ears are neither tiny nor massive, and yet the GT220 prove more bothersome to get ‘just so’ than virtually any other in-ear headphone I’ve worn.

Perseverance brings its rewards, though. And in this instance, the rewards are significant. In terms of pure fidelity and musical enjoyment, these are the best true wireless in-ear headphones currently available.

Listen to any sort of music you like – in the course of this test the selections ran from Mahalia Jackson’s Make a Joyful Noise Unto the Lord and The Beach Boys’ Wild Honey to Common’s Like Water For Chocolate and Fontaines D.C’s Dogrel. And the Grados absolutely lapped it all up.

The tonal balance the GT220 deliver is impeccable. From the bright, attacking top end of the frequency range to the deep, luxuriously textured bottom end, they’re even-handed, lavishly detailed and keen to deliver every scrap of information no matter how small or insignificant it may initially seem. They pay attention to the details like an insurance investigator, and as a result they serve up a complete picture with nothing overlooked, nothing overstated and everything granted the importance it deserves.

It’s in the midrange, though, that the Grados are capable of literally hair-raising results. Vocalists are given ample breathing space to stretch out and properly communicate. And in the case of Mahalia Jackson, ‘communication’ is the be-all and end-all. Detail levels, again, are sky-high, and the facility the GT220 have with small harmonic variances are what pack a singer’s delivery full of character and emotion.

The overall presentation is wide open, there’s ample space on the soundstage for every element to express itself. And, by the same token, that spaciousness means single strands in even the most complex recordings are easy to identify and follow. Lesser headphones make Mahalia’s backing choir sound just that – a choir, a single entity. The Grados, by way of contrast, make the choir sound like a collection of individuals with their own responsibilities in their own area of the frequency range.

The Grados have the dynamic potency to deal with a gospel choir in full flight, and the subtlety to make the hectic dynamic variances in Fontaines D.C’s Boys in the Better Land clear. This level of fidelity is by no means a given in relatively expensive true wireless in-ear headphones, and it’s almost never delivered in combination with this sort of insight, cohesion and confidence. The GT220 paint a complete picture, in a vivid and expansive palette of colours.

You want excellent sound performance: In sonic terms, there’s no reason to overlook the Grado GT220. If it’s information you crave the Grados will keep you informed. They don’t do it at the expense of musicality or engagement, though and they’re not analytical for the sake of it.

You want eye-catching earbuds: The GT220 aren’t the most visually appealing earbuds. They’re by no means ugly, but they lack a lot of the flourishes you’ll find on premium earbuds in exchange for a simple ‘G’.

Thrillingly capable and deeply impressive, the Grado GT220 are the best-sounding true wireless in-ears around 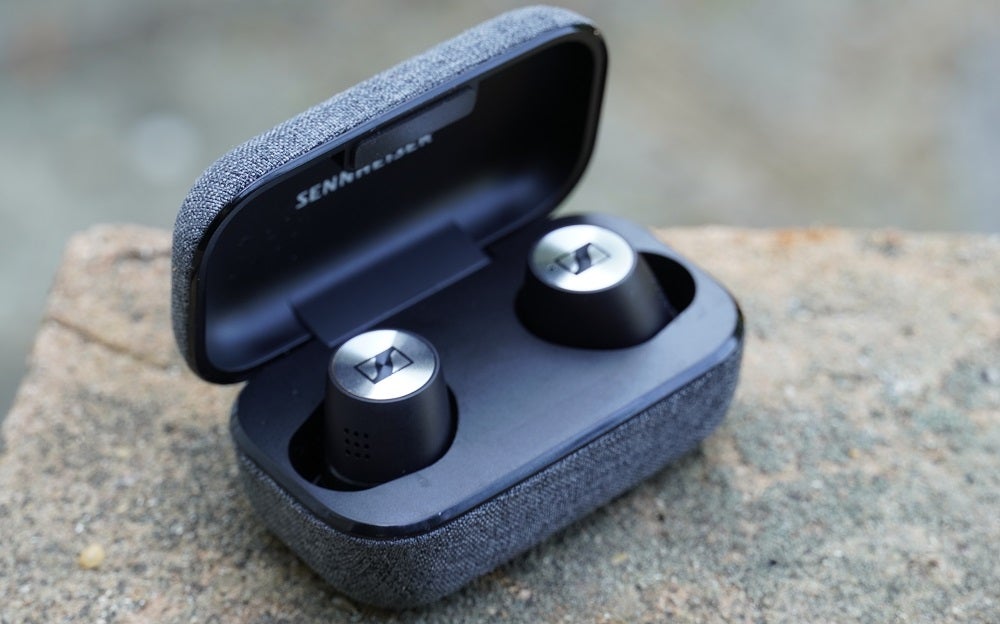 The Grado GT220 feature IPX4 water resistance, which means they can withstand sweat, rain and small splashes of water but can’t be submerged.

No, the Grado GT220 do not feature active noise cancellation.

The Grado GT220 have a claimed 36-hour battery life.