In addition to the model on review here, there’s a couple of cheaper alternative specifications: The £949 model comes with a Core i5 processor, while the mid-level £1,049 machine has a Core i7 chip. However, these more affordable models  feature the standard GTX 1050 graphics chip with 2GB of memory – so they will be slower now and suffer in the future, although if you only play eSports games and don’t plan on branching out, you’ll be just fine. I’d personally stick with the GTX 1050 Ti, though.

The Gigabyte Sabre 15-K squares up to Dell’s machine, which isn’t surprising considering the identical GPUs and CPUs inside. 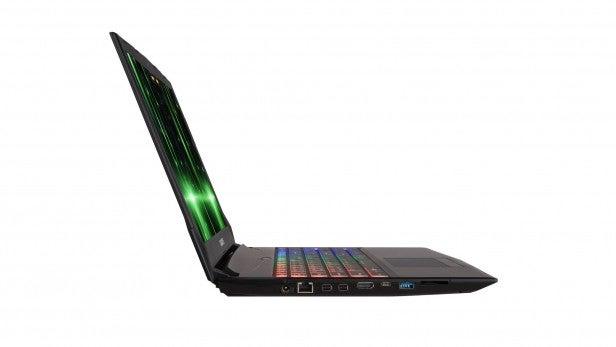 The Gigabyte’s 60.9fps pace in Middle-earth: Shadow of Mordor is a couple of frames ahead of the Dell Inspiron 15 7000 Gaming, but the Sabre’s 49.4fps result in Tomb Raider was one frame behind the Inspiron.

Both machines were ahead of the MSI GP72 and its cut-down 2GB GTX 1050 Ti: that laptop could manage only 52.7fps in Middle-earth: Shadow of Mordor and 39.4fps in Tomb Raider.

There’s little to choose between the Sabre and the Inspiron, and the Gigabyte will capably run today’s top titles. Our benchmarks were measured at High and Ultra settings, which bodes well for running the best games; the most demanding games may need to be reigned in to Medium or High settings, but most games won’t stutter. 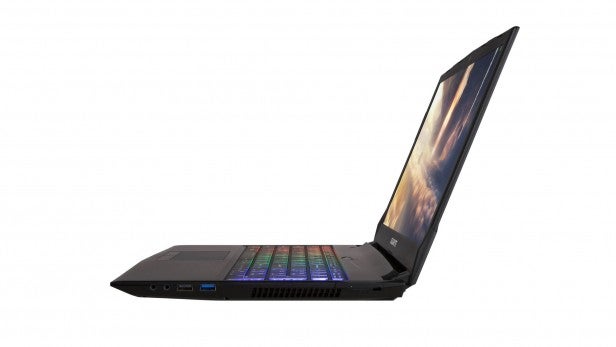 The Gigabyte ran well in application tests. Its Geekbench single- and multi-core results of 4364 and 12,165 are just slightly ahead of the Dell, and it was barely behind its rival in PCMark 8. Once again, there’s little between these machines – and I can be sure that both will handle top-tier games as well as demanding productivity tools.

The SSD is one area where the Gigabyte did fall a little behind. The drive delivered a read speed of 519MB/sec compared to the 556MB/sec from the Dell, but its write pace of 207MB/sec is about half as quick as the Dell. This laptop won’t be sluggish, but it will be slower than the Dell when saving files and handling complex work projects.

Gigabyte’s laptop gained ground in thermal tests. In a gaming test with the system’s default Entertainment mode selected, the fans churned out a modest noise while the CPU and GPU peaked at 88oC and 83oC – results that are quieter and cooler than many other gaming notebooks.

Barely any of that heat made it to the outside of the machine. The keyboard was a little warmer while the system was under duress, but the base panel remained cool. The only slight issue here was the right-hand vent pumping out heat – something you’ll notice if you use your mouse close to the right edge of the laptop.

The Gigabyte has numerous fan modes, although none made a significant difference. The Performance mode saw the fans become a little quieter with hardly any impact on temperatures, while the Power Saving mode dropped the screen brightness and reduced the CPU levels slightly. The Quiet mode sat between the Power Saving and Performance options.

These four modes are similar, and all perform well – and that’s why it easily rivals the Dell in this department. 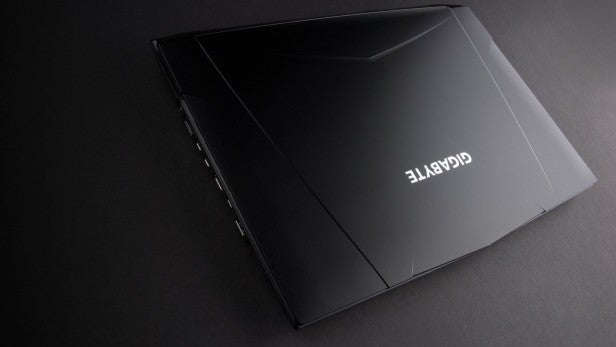 There were no surprises from the 47Wh battery, which is a small power pack considering the size of this 15.6in machine. It couldn’t manage an hour in our intense gaming benchmark, and it lasted for almost 4hrs 30 mins in our easy Powermark test.

Although this is better than many gaming notebooks, it isn’t even half the lifespan of the 11-hour Dell system.

Should I Buy the Gigabyte Sabre 15-K?

There’s little to choose between the Gigabyte and the Dell in performance benchmarks – both are capable mid-range gaming machines. However, the water is murkier elsewhere.

Gigabyte’s machine can’t match the Dell when it comes to storage size, speakers, battery life or keyboard quality, but the Sabre fights back with a greater number of keyboard features and a better screen – even if the panel still never ascends beyond ordinary. Aesthetics are subjective, although the Dell does have marginally better build quality while being slightly slimmer than the Gigabyte. 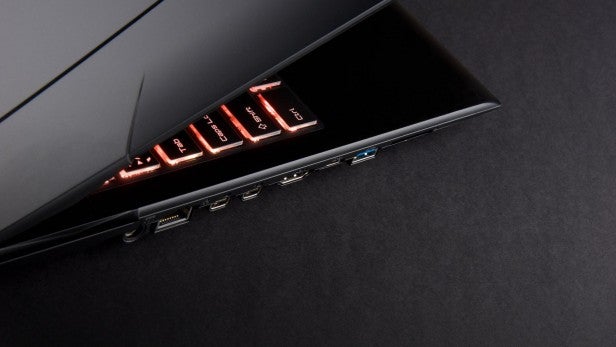 The Sabre’s better screen is a boon, but it isn’t enough to lift this machine above the Dell. Gigabyte’s laptop is good, but the Inspiron’s superiority in several key areas mean it’s better still.

The Gigabyte Sabre 15-K is fast in applications and games, and its screen is better than the Dell Inspiron – but it doesn’t offer enough when it comes to ergonomics, storage and battery life to triumph over its key rival. Regardless, it remains a good choice if screen quality is a priority.