What is the MSI GP72 7RE Leopard Pro?

The new MSI GP72 7RE Leopard Pro is a big beast of a gaming laptop with a 17.3-inch screen and brushed metal design – but, despite that, its £1250 price plants it firmly in the mid-range.

The affordable price means that this system serves up a GTX 1050 Ti graphics chip and a 1080p screen – but MSI has also found room in the budget for a Kaby Lake Core i7 processor and a 256GB SSD.

The MSI’s key component is its GeForce GTX 1050 Ti. It’s a new mid-range graphics chip that benefits from the Pascal architecture: that means more power with less power consumption and a keener concentration on task delegation. It’s a sea-change for GPUs, so it’s no surprise that it’s inside nearly every gaming laptop I’ve seen since the summer. 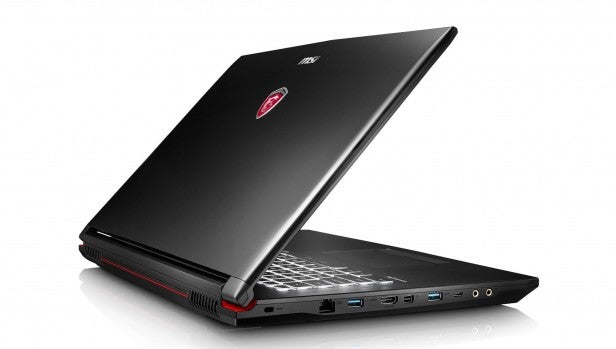 The mobile version of the GTX 1050 Ti has 768 stream processors clocked to 1493MHz, with that latter figure one of the highest in Nvidia’s range.

That’s a solid specification, but MSI has used a bespoke version of the GTX 1050 Ti with just 2GB of GDDR5 memory – half as much as the standard version. It’s the first time I’ve seen a manufacturer modify Pascal like this, and I’m intrigued to see how it reacts to modern games.

It doesn’t bode well when the the competition is considered. The MSI costs £1250, but the Asus ROG Strix GL702VM is £50 cheaper – and it includes a GTX 1060, which has three times the memory and a more powerful GPU.

The MSI fights back elsewhere. The Core i7-7700HQ is a 2.8GHz Kaby Lake processor with a 3.8GHz Turbo peak, and it has Hyper-Threading – so it’s better in every department when compared to the older Core i5 inside the Asus. The Leopard Pro has better memory, too: 16GB rather than the 8GB of the Asus, and at a faster 2,400MHz speed.

The MSI’s 256GB SSD Kingston SSDNow drive is twice as large as the SSD inside the Asus, and both have 1TB hard disks. The MSI also has Killer Ethernet – something the Asus doesn’t offer. This is a kind of wired network connection that’s optimised for games, promising to eliminate latency. 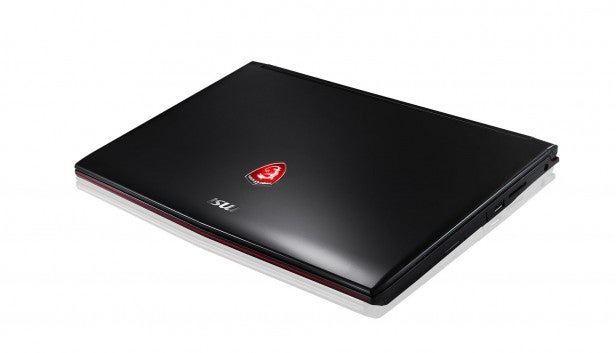 The GP72 is available in a couple of alternative specifications. There’s one model with 8GB of memory and an 128GB SSD that costs £1199, and the cheapest version is the 7RD-015UK, which has a weaker GTX 1050 graphics core alongside a lower price of £1,050.

MSI’s latest gaming laptop has solid components, but we can’t help but ask questions: the GTX 1050 Ti may be hamstrung by its reduced memory, and the Core i7 processor is a great chip – but I’m not sure if it’s a wise use of the budget in a gaming laptop.

There are few surprises to be found around the Leopard’s exterior. The brushed metal base is finished with a slim line of red, and the familiar MSI gaming logo adorns the lid. The power button is plain, and there’s no RGB backlighting.

The Leopard looks retro, but not in a good way. Its metal is bland and tired, and its red accents look dull. Build quality is a little better than the Asus, but there’s still noticeable rattles in the wrist-rest and flex in the screen – so it’s hardly a clean bill of health. 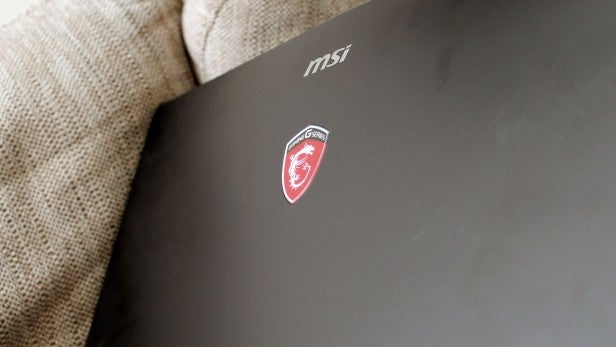 The Asus is better in most departments. Its brushed metal surfaces, orange accents and highlighted keys look sleeker, and its 24mm frame is almost a centimetre slimmer than the MSI. Both laptops weigh 2.7kg, so they’re hardly light.

Connectivity is good, with USB 3 ports and USB 3.1 connections alongside mini-DisplayPort and a DVD drive. The Asus has a similar selection, although it doesn’t have an optical drive and includes a Thunderbolt connection.