What is the GamePad Digital GPD XD?

The latest in a long line of Android-based emulation devices, the GPD XD is best described as a physical clone of Nintendo 3DS system which runs all manner of apps and games – most notably the growing host of retro gaming emulators currently available on the Google Play market.

Powered by a quad-core Rockchip RK3288 and packing a 5-inch, 720p touchscreen, the GPD XD has smartphone internals but comes with full physical gaming controls – including two analogue sticks, an 8-way D-pad and a host of buttons. That makes it ideal for playing old-school games from the ’80s and ’90s, and thanks to the reasonable level of power provided by the hardware, it’s more than up to the challenge of emulating platforms such as the Sega Dreamcast, Nintendo 64 and Sony PlayStation – and practically every other system released prior to those. 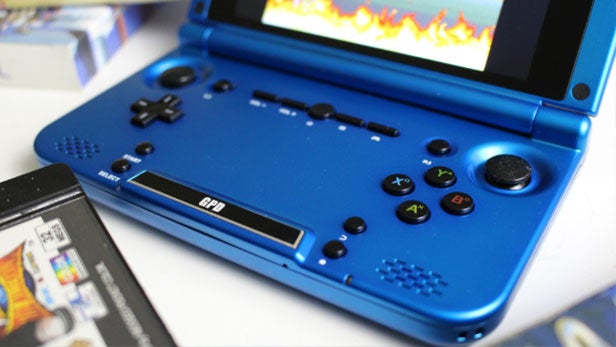 At first glance you’d be forgiven for assuming that the GPD XD is a Nintendo product, such is its similarity to the million-selling 3DS range of handhelds. It’s clear that the designers have simply ripped off the design of that clamshell system, even using largely the same arrangement of physical inputs – including the two additional shoulder buttons introduced with the New Nintendo 3DS.

Opening the system up reveals a single screen instead of two you’d find on Nintendo’s console, with the lower section of the unit featuring a large empty space surrounded by an array of physical buttons. It looks a bit odd – especially if you’re a 3DS owner – but doesn’t’ take long to become accustomed to.

The GPD XD has a 5-inch, 1280 x 720 pixel IPS capacitive touchscreen, which boasts excellent colour replication, good contrast, punchy brightness and rock-solid viewing angles. It puts the ageing 400 x 240 pixel upper display of the 3DS to shame – although it lacks the unique glasses-free technology seen on that device. The clamshell design means that the display is thankfully protected when it’s not being used, and closing the console has the same effect as “locking” the screen on a standard Android device, allowing you to pause whatever it is you’re doing. 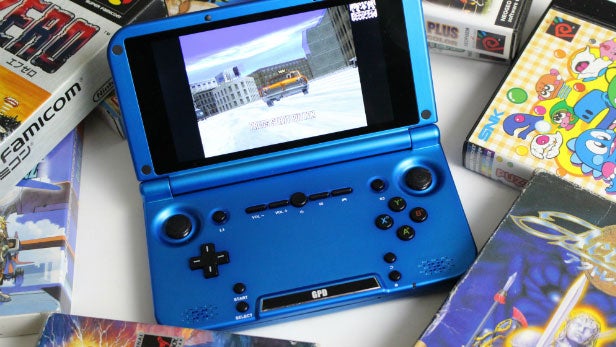 The GPD XD’s physical gaming controls are one of its biggest selling points, and offer it a huge advantage over other Android devices which only offer a touchscreen interface. The quality of the controls and buttons on budget Chinese devices is usually quite lacking, but thankfully the GPD XD largely bucks this trend.

The dual analogue sticks are quite stubby but comfortable to use, and rest quite deeply in the casing. The D-pad is a little spongy, but reminds us of the pad on the Nintendo DS Lite, which is no bad thing. The face buttons are also a little on the mushy side, but they’re responsive enough. Finally, the shoulder triggers are nice and clicky, but we found that rapid presses sometimes don’t register properly.

On the back edge you’ll find the 3.5mm headphone socket, HDMI-out, Micro USB and Micro SD card slot, nestled in-between the aforementioned shoulder triggers. The HDMI port means you can hook up the unit to a HD TV for the big-screen console experience, but you’ll need to buy a cable as one isn’t included in the box. 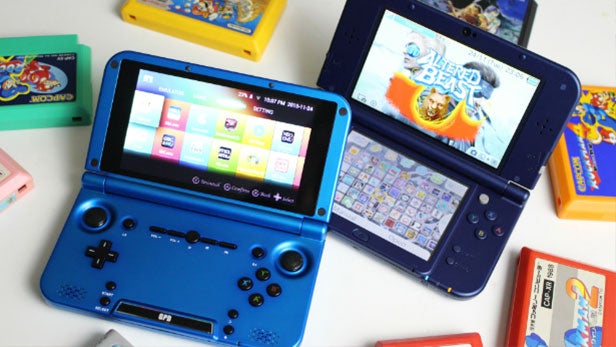 The GPD XD is running Android 4.4.4, which isn’t the latest version of Google’s OS. That’s not really much of an issue however, as you’ll be using it mainly for gaming and emulation, rather than writing emails or checking your social media accounts – both of these activities are perfectly possible on the device, but it’s awkward to use the touchscreen for typing – you’re better off with a phone or tablet.

The GPD XD’s user interface is pretty unique; you’re presented with a range of categories made up of icon grids – a smart move when you consider the device is mainly going to be used in landscape orientation, and you’re mainly going to be interacting using the D-pad rather than the screen itself.

If you weren’t aware of the GPD XD’s emulation prowess at purchase then that will change the moment you power the unit on, as it comes preloaded with a whole host of emulators and accompanying ROM files. A smattering of Android games – including Virtua Tennis, which works wonderfully with the physical controls – is also included, and shows off the raw power of the surprisingly agile Rockchip chipset.

Many other Android titles are capable of supporting the GPD XD’s physical interface, and for those that don’t, you can use the button mapping software to bind on-screen controls to real buttons on the device. It’s quite a clunky process the first time you try, but it soon becomes second nature, and is easy to enable thanks to the fact that the feature has its own physical button on the bottom section of the unit. 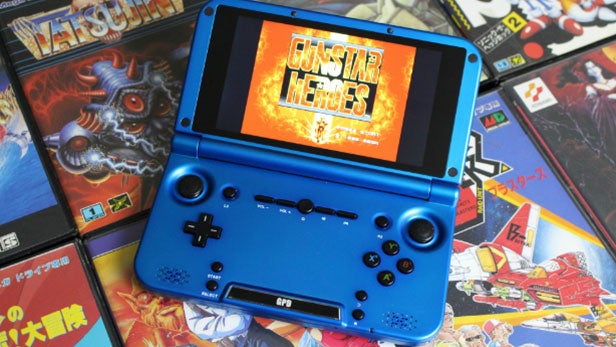 While the GPD XD is an excellent way to play Android games, its focus is undeniably retro in nature. It runs pretty much every emulator on the Google Play market flawlessly, with only the Saturn emulator uoYabause proving problematic – and that can hardly be considered the fault of the system, as that particular app is still very early in development. 8 and 16-bit consoles are replicated nigh-on perfectly here, with the NES, SNES, Mega Drive, PC Engine, Game Boy and Master System all running at full speed with sound. Moving into the 32-bit era, PlayStation emulation is near-faultless, as is N64.

Even the Sega Dreamcast – a quite recent offering compared to some of the vintage platforms we’ve just listed – runs like a dream, with the only problems being occasional glitches which are most likely down to the emulator itself rather than the hardware not being powerful enough.

Of course, when you start talking about emulation and ROM distribution it’s impossible to not address the rather shady nature of the process. There are legal issues to consider here – some of the games you can download and play on the GPD XD are still very much under copyright, and many are available via legal channels, such as Nintendo’s Virtual Console services on its 3DS and Wii U consoles.

Of course, the counter argument to this is that a great many classic games are unavailable due to licensing issues or the fact that their publisher no longer exists; it’s most definitely a grey area and if you have even the slightest quibble about the legality and morality of emulation then the GPD XD is clearly not going to be the device for you.

The GPD XD is available in three versions – 16GB, 32GB and 64GB. The 32GB is the version we’re covering here, and is selling for £179.99 from Funstock. Even if you decide to download plenty of ROMs, you’re unlikely to run out of space for a while. If you do, then the MicroSD card slot is bound to come in handy – it can accept cards of up to 128GB in capacity.

The console is powered by a meaty 6000mAH battery, which gives you around 8 hours of continuous play time if you’re running emulators. Naturally, the more demanding the emulation the lower the stamina is going to be, but overall we were impressed with the staying power of the GPD XD. Even with a lot of use, we managed to get a few days out of it before the battery needed a top-up.

Should I buy the GamePad Digital GPD XD?

If you’re a fan of old consoles and have dabbled in emulation in the past, then the answer to that question is a resounding yes. Putting aside the legally questionable nature of downloading ROMs from dodgy sites on the web, the appeal of having a complete library of vintage classics in the palm of your hand surely needs little explanation.

Performance is solid and there’s enough storage on the 32GB model to hold thousands of titles. The physical controls are great too, and the added bonus is that they enrich a great many Android games that support external pads and controllers. For those that don’t, the unit’s built-in button mapping software neatly fills the gap.

At £180, it’s not cheap – for that price you could pick up a real New Nintendo 3DS XL, which is not only blessed with an impressive pool of original games but also offers a legal means of playing retro titles, thanks to its Virtual Console service. However, that service is limited to NES, Game Boy and a handheld of 3D-enabled Sega games at present, while the GPD XD grants access to practically every video game made during prior to the turn of the millennium, albeit via less legal means.

The ultimate emulation machine, the GPD XD is undeniably pricey but is a wise investment if you’re keen on vintage gaming.

Thanks to Funstock Retro for supplying the GPD XD used in this review.