What is the New Nintendo 3DS?

As the name suggests, this is a brand-new version of Nintendo’s best-selling portable games console, which has already been available in three different flavours previously and has sold over 45 million units worldwide since 2011. It’s still capable of playing all your existing 3DS and Nintendo DS titles, but comes with a slightly faster CPU, better screen and additional control options, including a second analogue stick.

Two variants are available – the standard model, which we’re reviewing here – and the New 3DS XL, which is the same core tech encased in a larger body with bigger screens. At the time of writing, the new models are solely available in Japan, with Australia being the only other region getting them this side of Christmas. A wider Western launch hasn’t been officially announced, but early 2015 would be a safe bet. 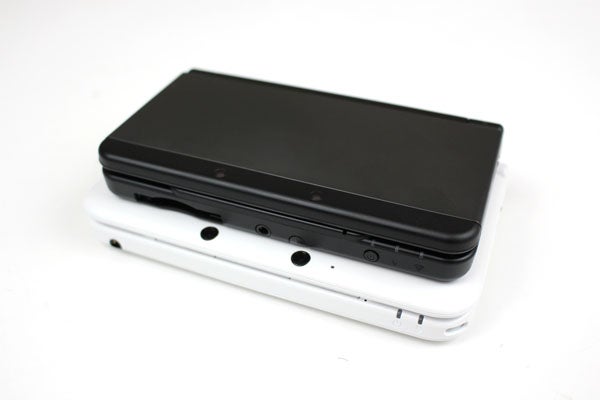 The aesthetic differences between the original 3DS and 2012’s 3DS XL were considerable – the shiny, almost futuristic case design was jettisoned in favour of a friendlier, more rounded look. This time around, Nintendo has introduced a similarly dramatic change: face plates which can be removed and replaced with alternative designs boasting the likes of Mario, Luigi, Yoshi and more.

Over 40 different plates are currently available in Japan, each one imbuing the console with a radically different look. They’re likely to be a valuable source of additional income for Nintendo, but in a bizarre move the company’s made them exclusive to the New 3DS model – the larger New 3DS XL doesn’t possess any interchangeable components. This, combined with its more sedate packaging, seems to suggest that the XL is aimed at grown-up gamers.

The New 3DS is slightly larger than the 2011 original and has more substantial screens as well. Many elements have been moved around and it may take a few minutes to become fully comfortable with the new arrangement – the power button, game card slot and stylus dock are all now situated on the bottom edge, and aren’t quite as easy to reach as they were previously. 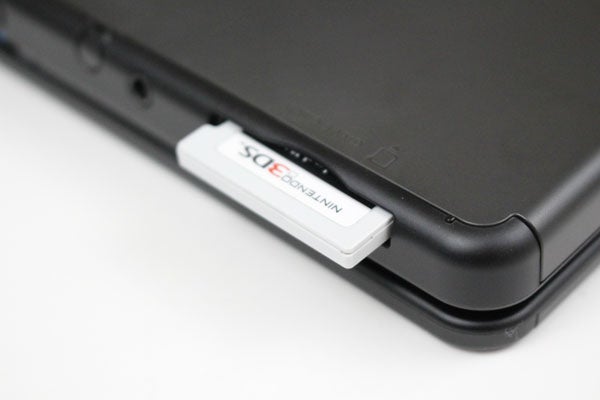 There’s no Wi-Fi toggle this time, which is a good thing in our opinion, as the original switch was too easy to accidentally knock – however, there will be many who will miss this feature, as turning off wireless communications now requires you to use the console’s settings menu instead.

Other new additions include the C-Stick, which works as a second analogue input for directional control. It’s a stubby rubber protrusion located right next to the four face buttons – which retro fans will note have the same colour scheme as those seen on the Super Nintendo controller – and it reminds us of those control nubs we used to have on laptops not so long ago. There are also two additional shoulder buttons on the top of the device. These new elements effectively render the unwieldy Circle Pad Pro attachment – released for both the 2011 and 2012 versions of the 3DS – totally redundant. 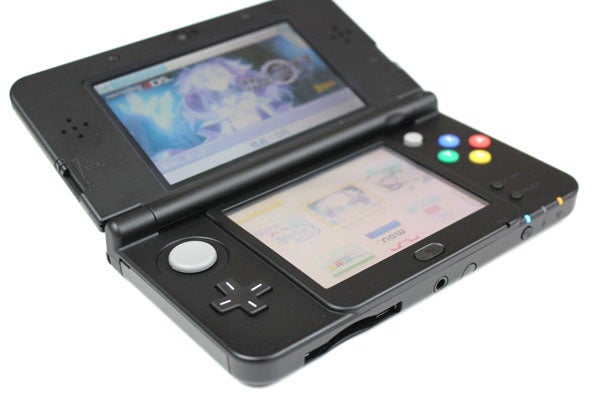 The New 3DS brings plenty of new features to the table, including a faster processor which makes moving around the system’s user interface much quicker. Loading times are also decreased, and the console boots up slightly quicker, too. The more powerful internal hardware will allow for more visually impressive games as well, but the catch is that these titles will only work on this revision of the console – which means that 45 million existing 3DS owners are locked out and will have to upgrade if they want to a slice of the action.

Another new feature is the inclusion of Near Field Communication technology, or NFC for short. This is already used in mobile phones to exchange data wirelessly, and forms the basis of Activision’s Skylanders range and also the Disney Infinity ‘toys to life’ concept. Unsurprisingly, Nintendo will also be using NFC to create interactive figures – it’s calling them ‘amiibo’ and is shipping a range of collectable figurines before Christmas. These figures can be placed on the New 3DS’s lower screen to transfer data, and will unlock content within certain games as well as store information.

Of course, the New 3DS does everything its forerunners did and is entirely compatible with all existing 3DS software. Like previous 3DS systems, it’s also backwards compatible with Nintendo DS software and has its own online store, called the 3DS eShop. From here you can purchase full-price retail titles, download digital exclusives and even get your hands on vintage games which originally appeared on the likes of the NES, Game Gear and Game Boy many moons ago. 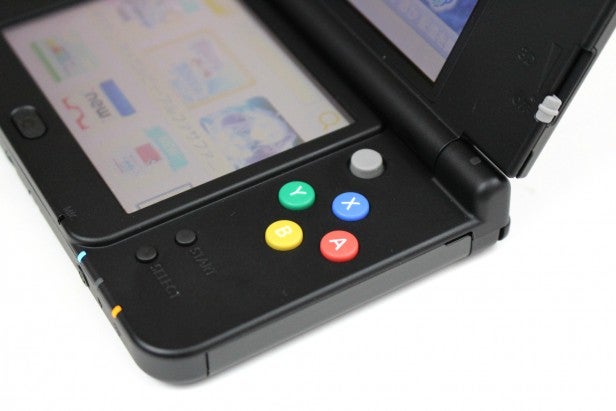 The main selling point of the 3DS hardware is its autostereoscopic screen, which produces a convincing 3D image without the need for awkward glasses. The display on this version of the hardware is vastly improved from what we’ve seen before. Older models of the 3DS had a very narrow viewing angle, and even the smallest movement would be enough to lose the sweet spot and cause the image to break up.

Thankfully Nintendo has addressed this weakness in a most ingenious manner. The New 3DS uses its front-facing camera to track the position of your head and uses this information to adjust the image accordingly. So when you move slightly to the left or right, the autostereoscopic screen compensates for the change, maintaining a solid 3D picture. The display is also brighter and more vibrant, and stands as a massive enhancement over past models.