Aimed squarely at social media creatives, the Fujifilm X-T200 represents great value for money. Its flexible 3.5in touchscreen and simple functionality keep it familiar and approachable, while its large APS-C sized sensor and access to an arsenal of quality Fujifilm lenses put it in a different league from a smartphone altogether. People looking to take their photography and video to another level will find the X-T200 offers enough extras to make a significant difference.

Smartphone cameras might be getting better all the time, but the Fujifilm X-T200 is the ideal step above if you want to take better photos.

The Fujifilm X-T100 left a few things to be desired. It was sluggish to use and lagging behind the competition in terms of features. But learning from past mistakes, the Fujifilm X-T200 gets a lot of key things correct.

On paper the X-T200 looks a lot like the Fujifilm X-A7, with the added benefit of an electronic viewfinder (EVF), but it has a couple of extras to give it the edge. With an RRP of £749 (including kit lens), the Fujifilm X-T200 isn’t much cheaper than the more advanced X-T30 (body only). But it has a package that fits the entry-level consumer more appropriately. Such as a larger 3.5in touchscreen – the largest on any camera in its class, despite being physically smaller and lighter. It also offers a headphone input, which the X-T30 does not.

Design – The Fujifilm X-T200 has a retro charm

Considering how capable it is, the Fujifilm X-T200 is very compact.

Weighing around 505g when paired with its 15-45mm kit lens, this camera slips into coat pockets and side bags easily. It can also be worn around the neck comfortably for extended periods of time. While a number of cameras are marketed at “smartphone photographers”, Fujifilm has gone a step further by bundling the X-T200 with a Joby GorillaPod, Rode Mic and 16GB SDHC memory card. It’s a clever move and as a package, it’s easy to set up and get rolling.

At a glance, the X-T200 shares a strong resemblance to its predecessor. But ergonomically, it’s immediately more comfortable to hold, thanks to its smoothly protruding grip and thumb rest. Fujifilm has ditched the traditional four-way D-pad and in its place inserted a joystick. The new configuration, which sees fewer physical buttons on the rear of the camera is the compromise made to incorporate its touchscreen. Having such a large articulated touchscreen is one of the biggest advantages this camera has over its competition. It has a resolution of 2.76-million dots and shaped in the video-friendly 16:9 aspect ratio – perfect for vlogging. It also allows users to navigate its menus and change settings as intuitively as they would on a smartphone. 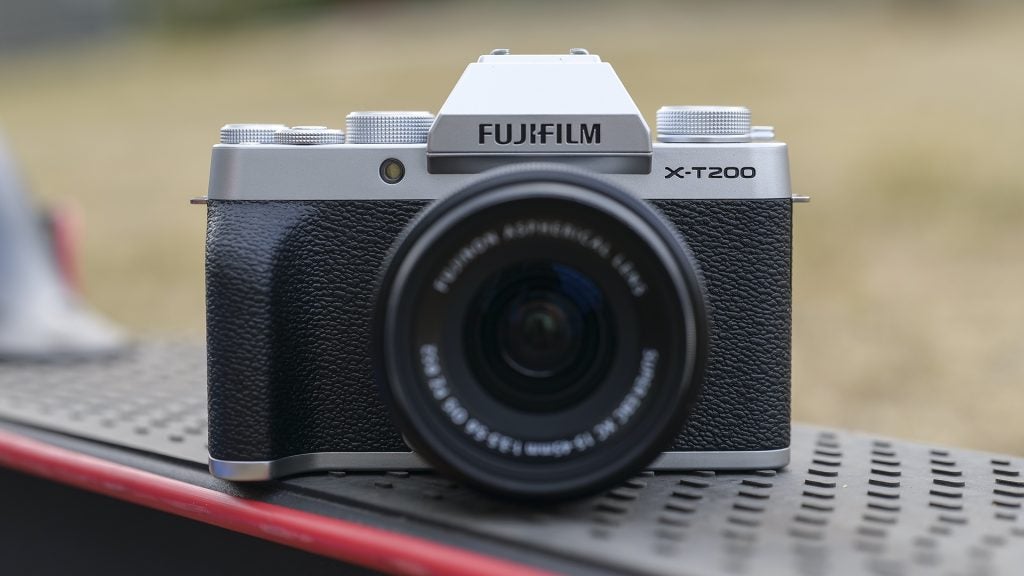 The top plate of the camera offers three dials: two on the right side give easy manual access to aperture and shutter speed controls. By default the dial on the left cycles between Fujifilm’s famed film simulation modes. They’ve also used a film winder mechanism to release the X-T200’s concealed pop-up flash. It’s a clever feature that adds to the camera’s retro appeal while providing useful functionality.

The flash is rated to 7m at ISO 200, so it’s not hugely powerful but it will help when taking pictures at parties for example. The X-T200 does have a hot shoe though, which means it can be supported by a range of external lighting options when needed.

In terms of personalisation, there are four customisable buttons; two on the rear, two virtual. The film simulation dial on the left can also be customised to access a range of other settings. To avoid delving into menus too often, Fujifilm allows users to set up “My Menu” enabling access to frequently used settings.

Lastly, a USB-C connection replaces the microUSB input. With the added benefit of the Type-C port doubling as a headphone input via an adapter provided in the box, you can easily monitor audio while recording video.

All-in-all, it’s a nicely designed camera, with clever features that will appeal directly to its target audience. If we had one criticism it would be the placement of the movie record button. It’s rather small and “hidden” on the corner of the top plate. There’s ample space for it to be larger or placed on the rear of the camera above the thumb rest. Not a deal-breaker, but it’s definitely an area for improvement next time out.

Before we delve into specs, let’s get the important bit out of the way. The Fujifilm X-T200 delivers fantastic image quality in most lighting conditions.

In good light, it can produce crisp details, rich colours and decent dynamic range. In darker conditions, this camera manages to avoid the two perils that often hobble the competition; grainy or smudged-looking photos in lowlight.

Even approaching its maximum sensitivity of ISO 12,800, grain or “noise” is kept to a minimum thanks to clever image processing algorithms and copper circuitry, while maintaining vital image detail. When needed, it also has various HDR and Dynamic Range features to help with particularly contrasty scenes.

Then, of course, it has Fujifilm’s award-winning film simulation modes that offer a range of sumptuous filters. Velvia Film Simulation is a favourite and will add satisfying punch and warmth, particularly when taking pictures on sunny days.

The X-T200 shares a lot of similarities with its stablemates, starting with its 24.2-megapixel imaging sensor. It’s the same resolution as the X-A7, which is a re-engineered version of the APS-C sized sensor in the X-T100. The new sensor utilises copper wiring, which is said to reduce latency and increase readout speed by as much as 3.5 times compared to aluminium used previously. This goes some way to addressing one of the main issues we had with the X-T100: it was frustratingly slow to operate.

Another benefit of the new sensor construction is that the X-T200 can shoot a continuous burst of full resolution stills at up to 8fps, with autofocus. A definite improvement on the 6fps that the X-T100 and X-A7 both max out at. It’s worth noting that the image buffer isn’t huge though, as it will start to stutter at around 16 frames and effectively locks the camera up until it’s cleared. An increase in the camera’s phase detection area (up from 91 previously to 425 points) and improved AF speed delivers more consistent autofocusing performance. Including snappy recognition of faces and eye detection. Relative to its peers there are some cameras with slightly more advanced AF systems, but it’s consistent enough and will easily outperform a smartphone.

If you don’t want to fiddle with settings too much, the camera has a Scene Recognition mode (“SR+” on the mode dial). When in SR+ mode, you can control the camera entirely using the touchscreen. There are eight icons that allow you to change settings and apply effects such as Portrait Enhancer and Depth Control. It’s an intuitive interface and will be an easy transition for smartphone photography fans.

RAW image capture isn’t available in SR+ mode mind you, but if you need the extra latitude then RAW is available in other modes.

The video specs are another area where the X-T200 delivers where its predecessor fell short. In keeping with the competition, the X-T200 can record un-cropped 4K-video (3840 x 2160) at 30fps and Full HD video at up to 120fps. The improved readout speeds of its sensor also reduce rolling shutter artefacts, lowering the risk of distorting recorded video when panning the camera.

The X-T200 has a couple of smartphone-like enhancements; HDR video mode and Digital Gimbal when recording in 1080/30p. The former boosts dynamic range by enhancing shadow detail and reducing blown highlight areas. Digital Gimbal uses the camera’s internal gyroscope to calculate shake compensation. The results are impressive, especially when paired with a lens that has built-in optical image stabilisation. It’s not as comprehensive as in-body stabilisation, but it will deliver smooth video captured when walking. The stabilisation efforts are comparable to a top tier smartphone, if not better.

Cons? Full HD video doesn’t look quite as sharp as expected, but it’s passable. 4K-video recording has a max bit rate of 100Mbps, which is very decent but it’s capped at 15 minutes. Fujifilm has also included the ability to trim the start and end of videos in camera, it’s not revolutionary but it’s a neat addition. For best results, we’d recommend shooting in 4K and downscaling to Full HD.

Side-by-side there isn’t currently a smartphone that can match the X-T200 for image quality, it’s large APS-C sensor and access to quality Fujifilm X-series lenses put it in a different league altogether. The only edge that smartphones genuinely have over a camera like this right now is the convenience of being in your pocket at all times.

Check out the samples shots below: 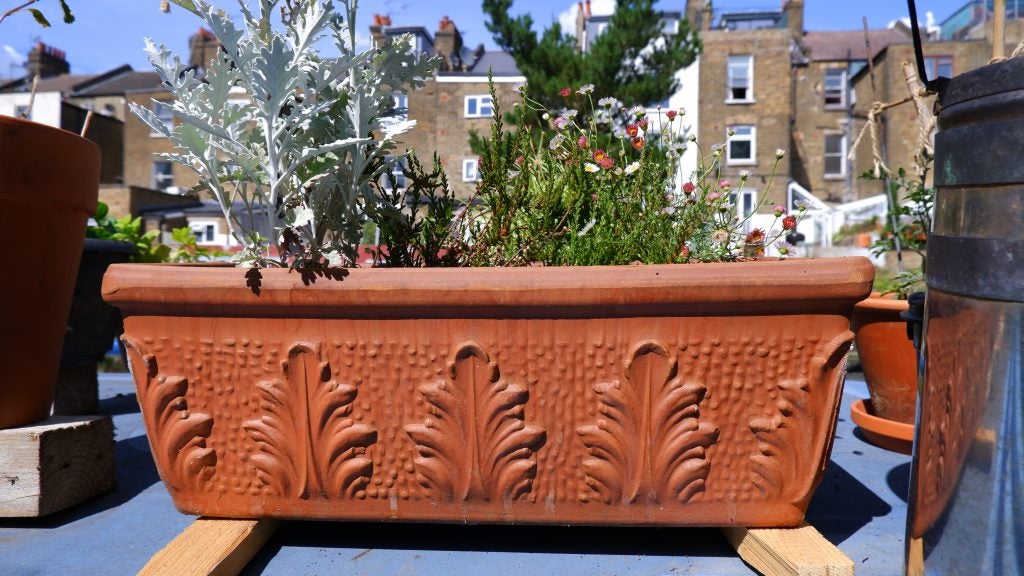 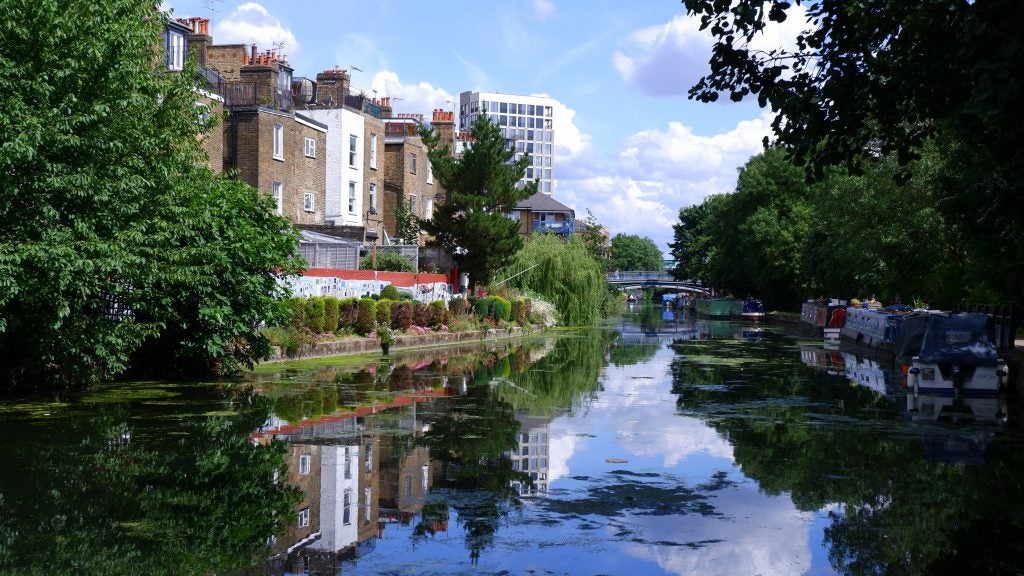 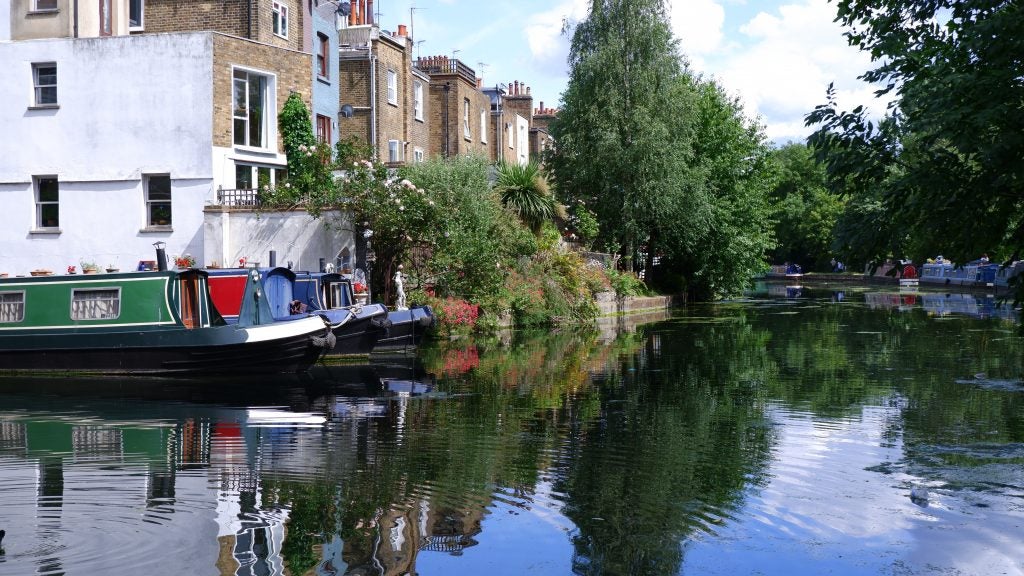 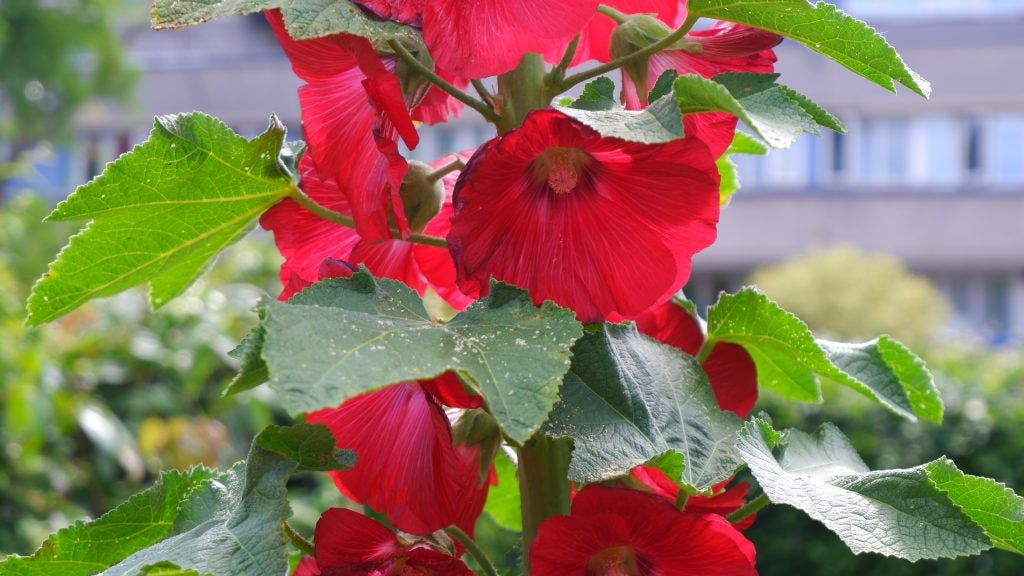 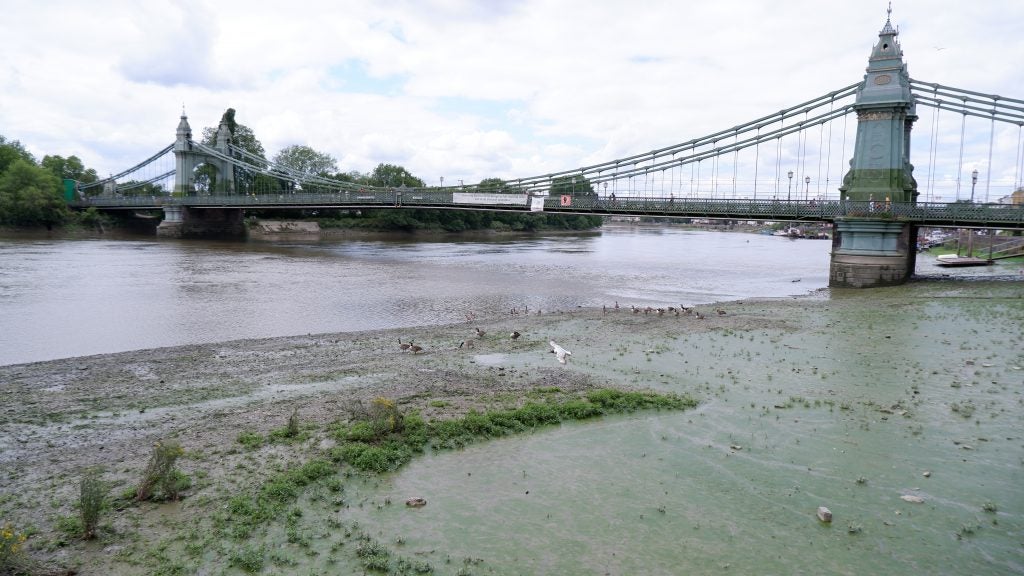 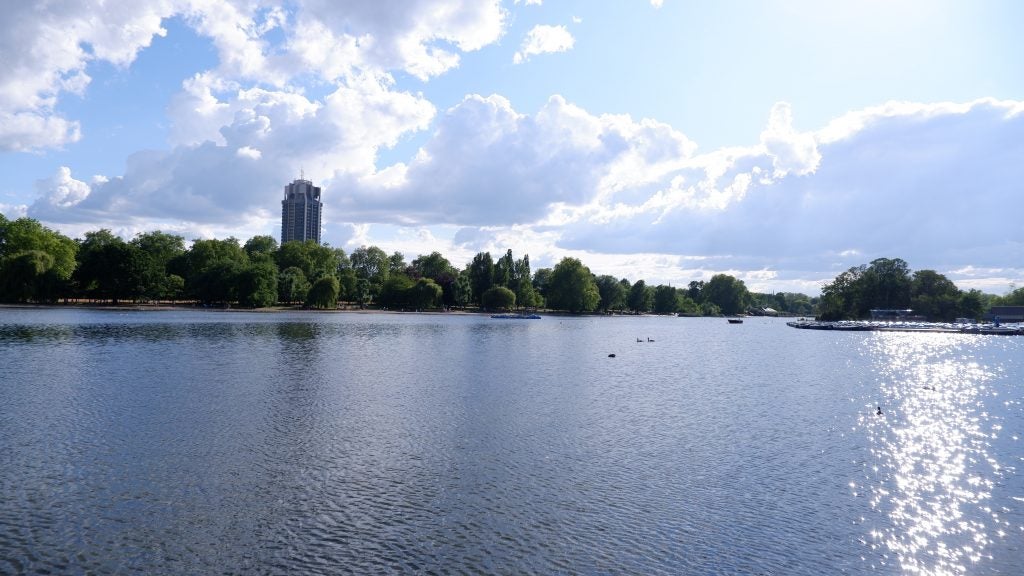 Connections and Battery – Everything you should expect

Battery life anxiety is something smartphone users are all too familiar with. Using a dedicated camera to capture your content throughout the day is one way to conserve your phone’s battery.

The battery here is rated to deliver between 270-450 shots, depending on usage and whether or not you take advantage of its power management settings. However, we found that the battery drained a lot faster when recording video. If vlogging is your main pursuit then you may want to grab a couple of extra batteries for your camera. 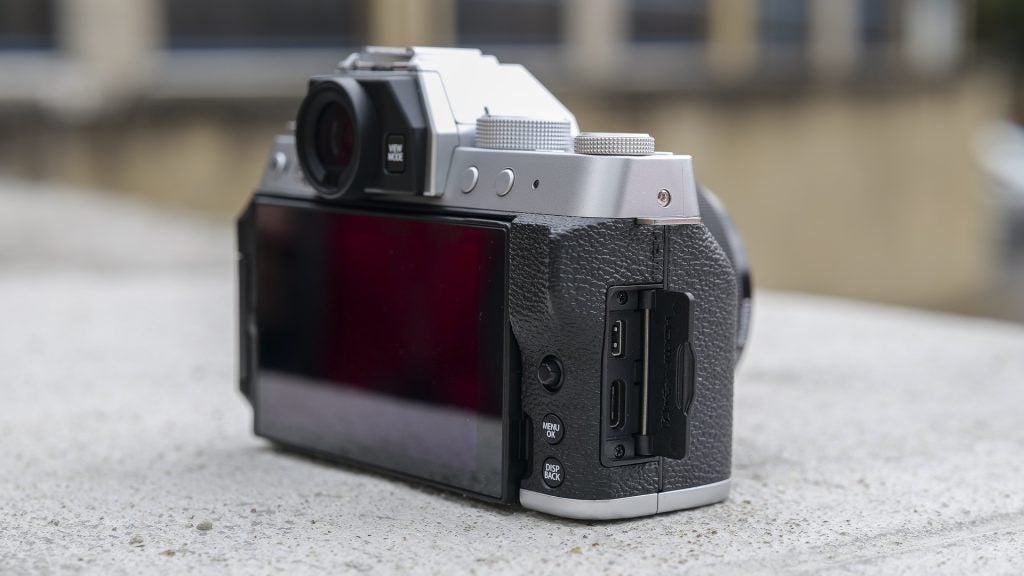 Wi-Fi and Bluetooth connectivity options are pretty standard on cameras nowadays and the X-T200 is no exception. The camera can also be controlled remotely using Fujifilm’s Camera app, which allows users to download photos directly to a paired smartphone without faffing with SD cards. We had mixed results with the Fujifilm Camera app though. For starters, there are over 10 official Fujifilm apps in the app store and it’s not obvious which one (of three in particular) is needed for the job of pairing the camera to a phone; room for improvement here. Once connected, it’s straightforward enough to compose and capture your shots via live view.

Should you buy the Fujifilm X-T200?

If you’re an enthusiast photographer who uses a smartphone or an older digital camera then the Fujifilm X-T200 is a well thought out camera aimed squarely with you in mind. There are a couple of shortcomings, such as the placement of the movie record button, and the Fujifilm Camera App that could do with some tweaking. But those things aren’t enough of a bother to damage the suitability of this camera.

At this price point, the X-T200 has some features that make it truly standout. It has one of the largest articulated touchscreens available, perfect for selfies and vlogging. It also has the option of headphone monitoring and audio recording via an external microphone, and then there’s the fact that it offers a viewfinder as well as a touchscreen. It’s an ideal camera for someone looking to step up their technical photography skills but at their own pace. It’s even possible to operate the X-T200 using the touchscreen alone, but full manual control is still available.

This camera offers great value for money whether purchased with the brilliant XC 15-45mm kit lens (RRP £749) or even more so as part of the vlogger bundle (RRP £799).

Aimed squarely at social media creatives, the Fujifilm X-T200 represents great value for money. Its flexible 3.5in touchscreen and simple functionality keeps it familiar and approachable, while its large APS-C sized sensor and access to an arsenal of quality Fujifilm lenses put it in a different league from a smartphone altogether. People looking to take their photography and video to another level will find the X-T200 offers enough extras to make a significant difference.