Small, powerful and a joy to shoot with, the X-T30 is one of the best cameras you can buy today for under £1000. While its size makes it ideal for travel and street photography, the X-T30's excellent autofocus and video powers make it a great all-rounder for everyday shooting. Fans of chunky grips and weather-sealed bodies will want to look elsewhere, plus the X-T30 lacks built-in image stabilisation – but these are just minor gripes considering its size and price. Pair the X-T30 with one of the X Series' prime lenses, and it's a hugely appealing camera for both beginners looking to learn their craft and pros who need a great sidekick for their main camera.

The Fujifilm X-T30 is one of the best sub-£1000 interchangeable lens cameras you can buy today.

Its charming, compact design, excellent autofocus and superb range of lenses make it an ideal everyday camera for most shooting situations, from action to travel photography.

Despite being the little brother of the excellent Fujifilm X-T3, the X-T30 packs much of the same power into a smaller body. This makes it a great all-rounder for both stills and video, and a fine learner camera for anyone who’s stepping up from smartphone photography.

Much of the recent hype in the camera world has been around full-frame mirrorless cameras such as the Nikon Z6, which feature larger sensors than the one found inside the X-T30.

But APS-C sensors allow cameras such as the X-T30 to be smaller, lighter and more affordable, without making too many compromises in terms of image or video quality.

The X-T30’s smaller footprint does mean it lacks features such as built-in image stabilisation and weatherproofing. But those are the only real criticisms in an otherwise flawless performer that’s one of the best all-rounders at this size and price in recent years.

Like the Fujifilm X-T20 it replaces, the X-T30 isn’t significantly bigger or heavier than a premium compact camera, weighing just 383g including the battery.

In fact, aside from marginally inferior burst shooting and video performance, it’s like a X-T3 that’s been blasted by a Shrink Ray. 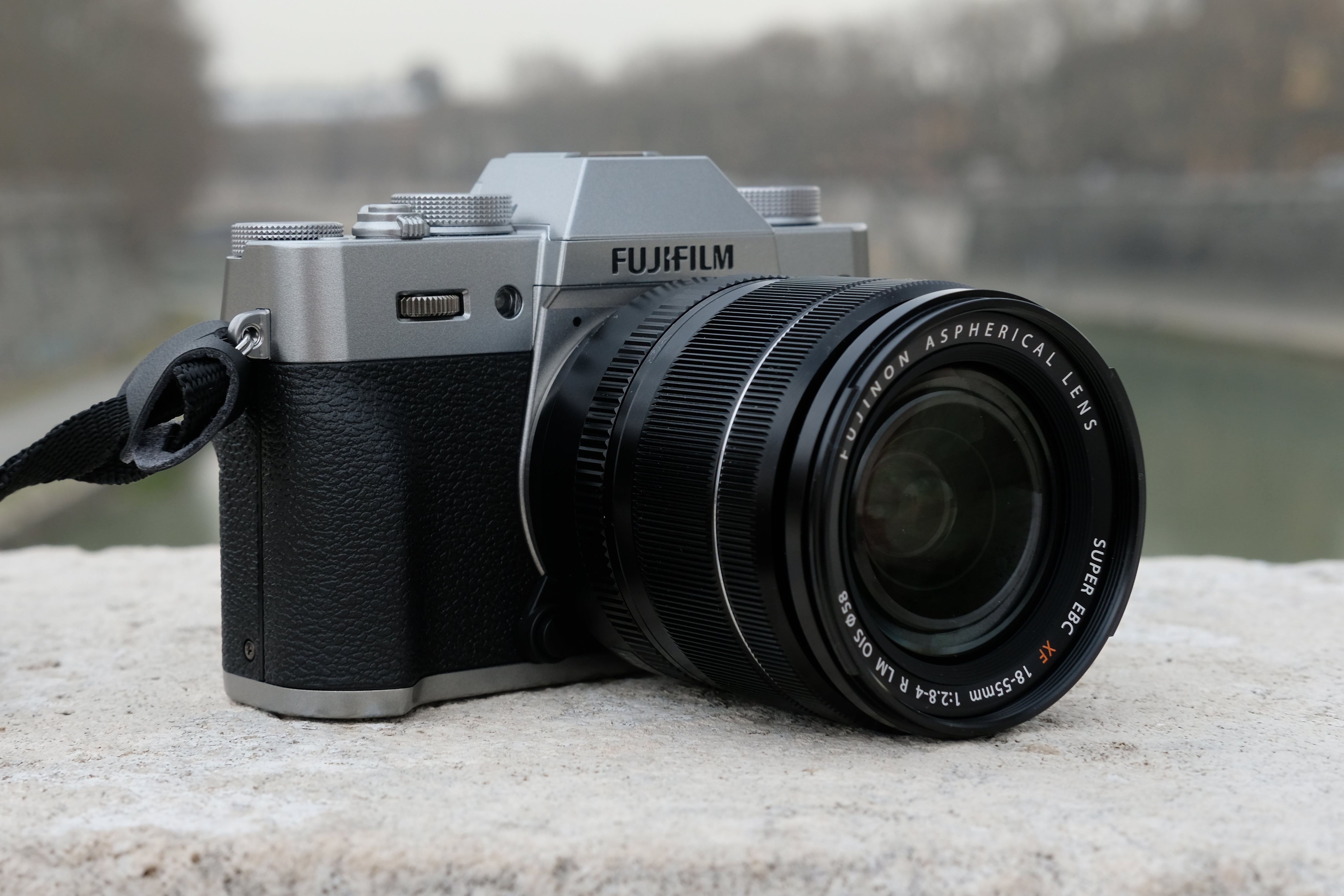 This means it’s a charming little companion; I think it’s one of the best-looking cameras you can buy today, perhaps only pipped by the Leica Q2. That might not sound important, but the X-T30 is a camera that I continually wanted to pick and use – and that’s important if you’re trying to get out and shoot more.

The X-T30’s magnesium-alloy body means it feels well built without being too heavy, and it balances particularly well with Fujifilm’s prime lenses – the new XF50mm f/2 (see “Lenses”, below), for example. Not that it can’t handle such lenses as the XF50-140mm f/2.8, but if you regularly shoot with longer zooms then the X-T3 might be a better choice.

Those retro dials on the top – for changing the drive mode, shutter speed and exposure compensation – aren’t just for show, either. Along with the aperture ring found on many Fujifilm lenses, these make using the X-T30 a tactile joy and a great way to learn the fundamentals of photography. 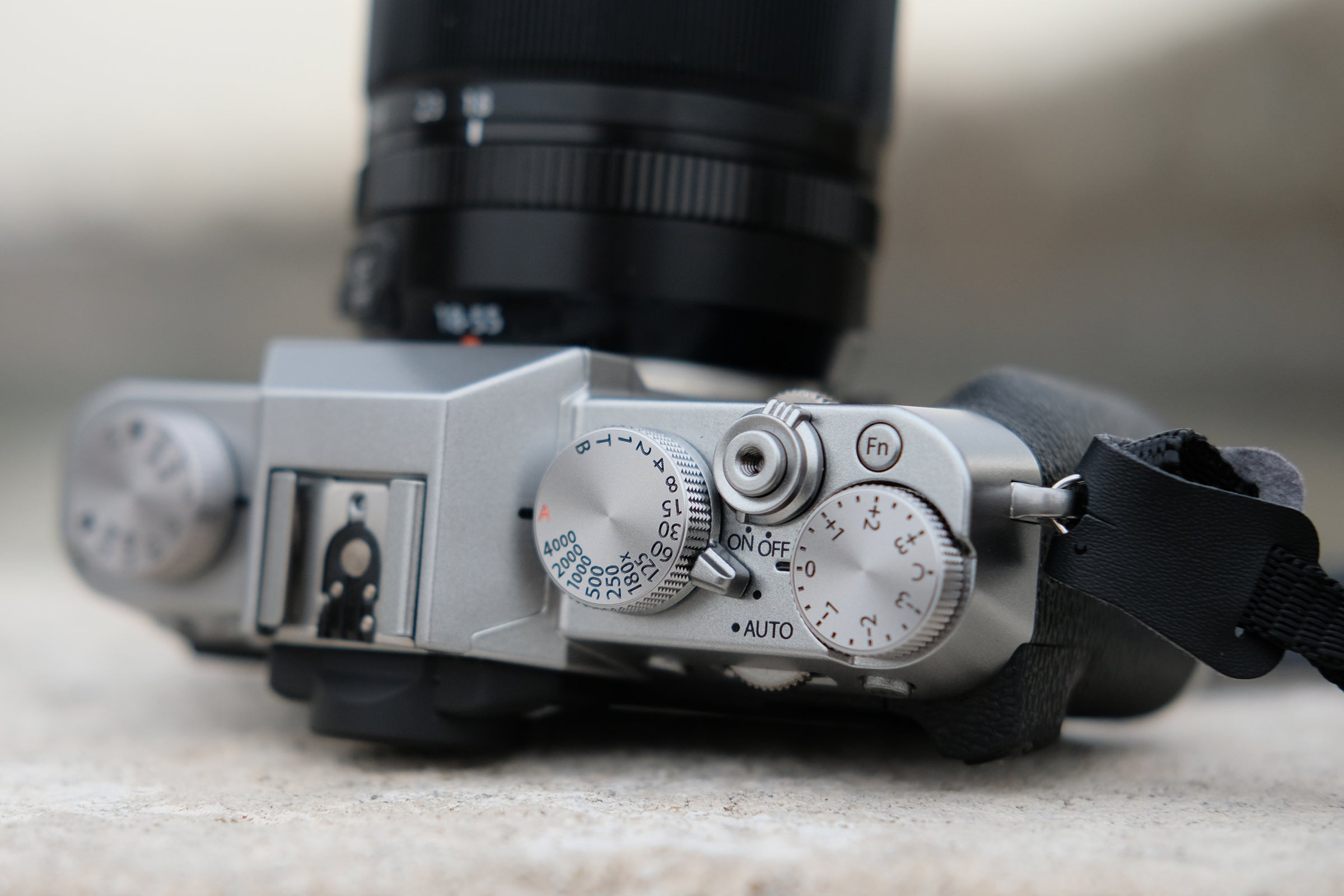 Not all of the little design changes from the X-T20 are a success, however. The “Q” menu button – which is a very handy way to bring up a grid of all the main settings – is now on the X-T30’s slightly chunkier thumbgrip. But despite a firmware upgrade making it far less sensitive, it’s still a little too easy to accidentally press that button.

The X-T30’s new AF joystick also feels like it’s been positioned a little too low. That said, it remains a far easier way to move your autofocus point when looking through the EVF than using a D-pad, so it’s an overall improvement once you get used to it.

Naturally, a camera of this size brings a few ergonomic compromises compared to chunkier rivals or DSLRs. The X-T30 lacks weather-sealing or dedicated dials for items such as ISO or drive modes, all of which you’ll find on the X-T3.

However, if you’re looking for a street or travel photography camera then I think the trade-off for the X-T30’s portability is well worth it. Whether or not you like the retro flourishes, it’s a real joy to shoot with.

One of the big benefits of mirrorless cameras is that they can cram serious shooting power into small bodies. And sure enough, the X-T30 packs in the same sensor and processing engine as the excellent Fujifilm X-T3.

This means you get a back-illuminated 26.1-megapixel X Trans CMOS 4 sensor and a speedy AF system with four times as many phase detection pixels as you get on the X-T20. 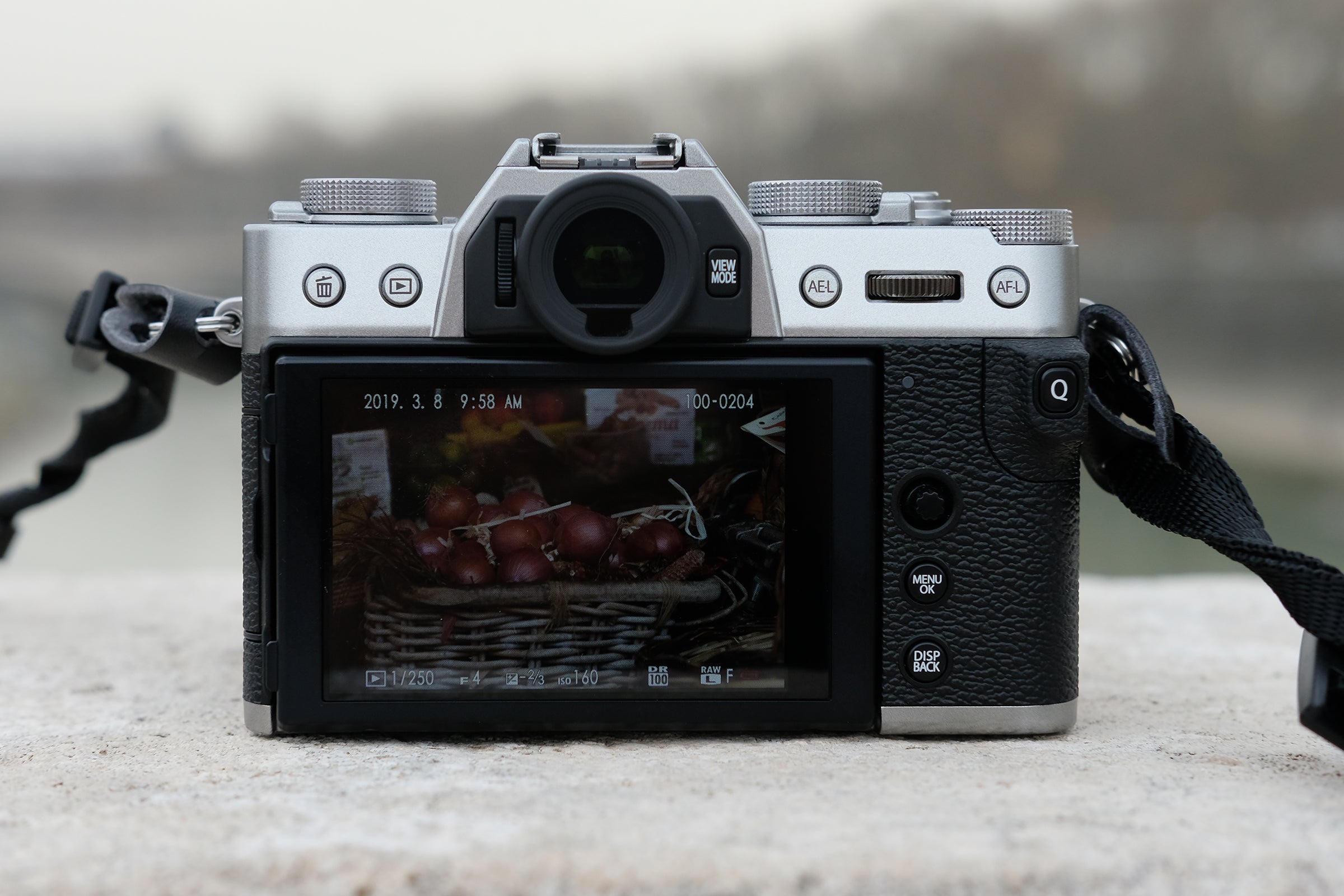 What does this mean in practice? This engine ensures that the X-T30 performs pretty much on a par with the superb X-T3, with only a few exceptions. For a start, its autofocus is very speedy and a big improvement over its predecessor, locking onto subjects quickly even in relatively low-light situations of -3EV.

The X-T30 doesn’t quite match the Sony A6400 on the autofocus front, something that’s most obvious when it comes to face and eye detection. But it isn’t miles behind, and the latter are useful for nailing the focus on people’s faces wherever they’re in your frame, as long as they’re fairly close and facing roughly in your direction.

It’s also a great camera for capturing fast-moving action, whether that’s speeding race cars or your kid’s RC buggy. Use the mechanical shutter and you can rattle off shots at a decent 8fps, but switch to the electronic shutter and it will push out an impressive 30fps (albeit with a crop). Even without cropping your image, its continuous shooting mode will go up to 20fps, which is more than enough to snap a speeding seagull (as long as you’re aware of the dangers of rolling shutter when using electronic shutters).

While the X-T30 is a great all-rounder for everything from static landscapes to fast-moving action, there are a few limitations compared to larger cameras. 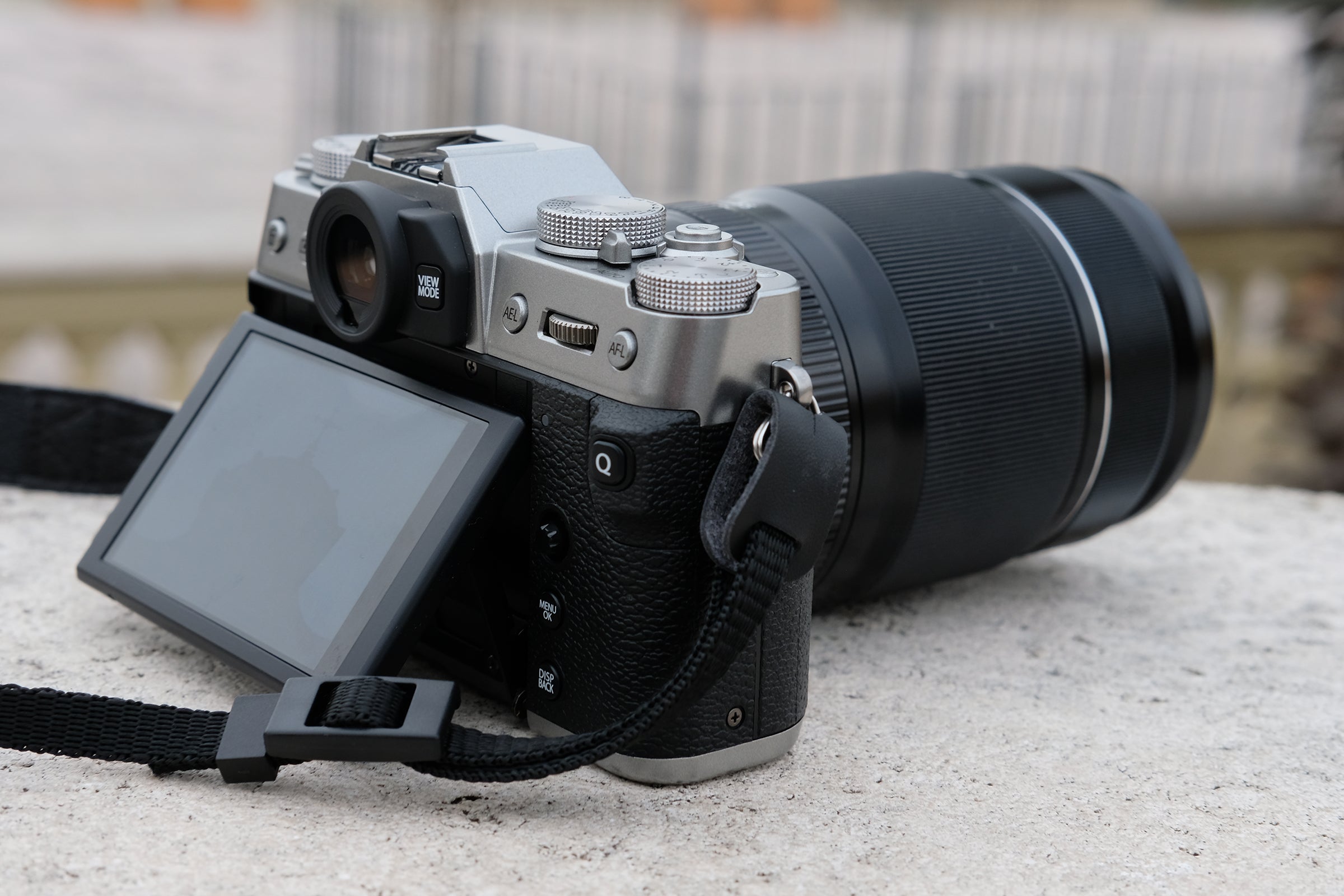 Despite being very adept at capturing fast-moving subjects, it doesn’t quite match the power of cameras such as the X-T3, which can reach 11fps in continuous shooting with the mechanical shutter and can capture around twice as many files in a single burst thanks to a larger buffer.

The X-T30’s viewfinder magnification is also a little on the low side, which can make it harder to see what’s going on in your frame. Combined with the relatively small eyecup, it isn’t always the most comfortable shooting experience for those who wear glasses – or, like me, have generously proportioned noses.

One final area where the X-T30 falls slightly short of the X-T3 is video, although not by much. Its 4K video maxes out at 30fps rather than the X-T3’s 60fps, with the latter giving you the option of slowing footage down to half-speed. Unlike the Sony A6400, you’re also limited to 10 minutes of recording at a time in 4K (or 15 minutes of 1080p).

But the Fujifilm X-T30 probably just edges the A6400 as a video camera, because it doesn’t crop your 4K videos and gives you the option of higher data rates. While there’s only a 2.5mm microphone jack (which means you’ll likely need an adapter for hooking it up to an external microphone), the X-T30 does also let you use a third-party USB-C headphone adapter to monitor your audio –  although I haven’t yet been able to try this out.

Overall, the X-T30 is a really impressive performer for its size and price. Like most mirrorless cameras, its battery life is a little limited, giving you around 380 shots from a single charge, but you can top it up while out and about from a USB-C power bank.

And in every other respect, from autofocus to continuous shooting, it has more than enough power for most non-professional snappers, whatever your photographic diet.

One of the strengths of the Fujifilm X Series has always been its JPEG quality, and it’s no different here.

If you’re looking for a small camera that can shoot photos with reliable exposure and attractive, realistic colours that require little editing, then the X-T30 is a fine choice. 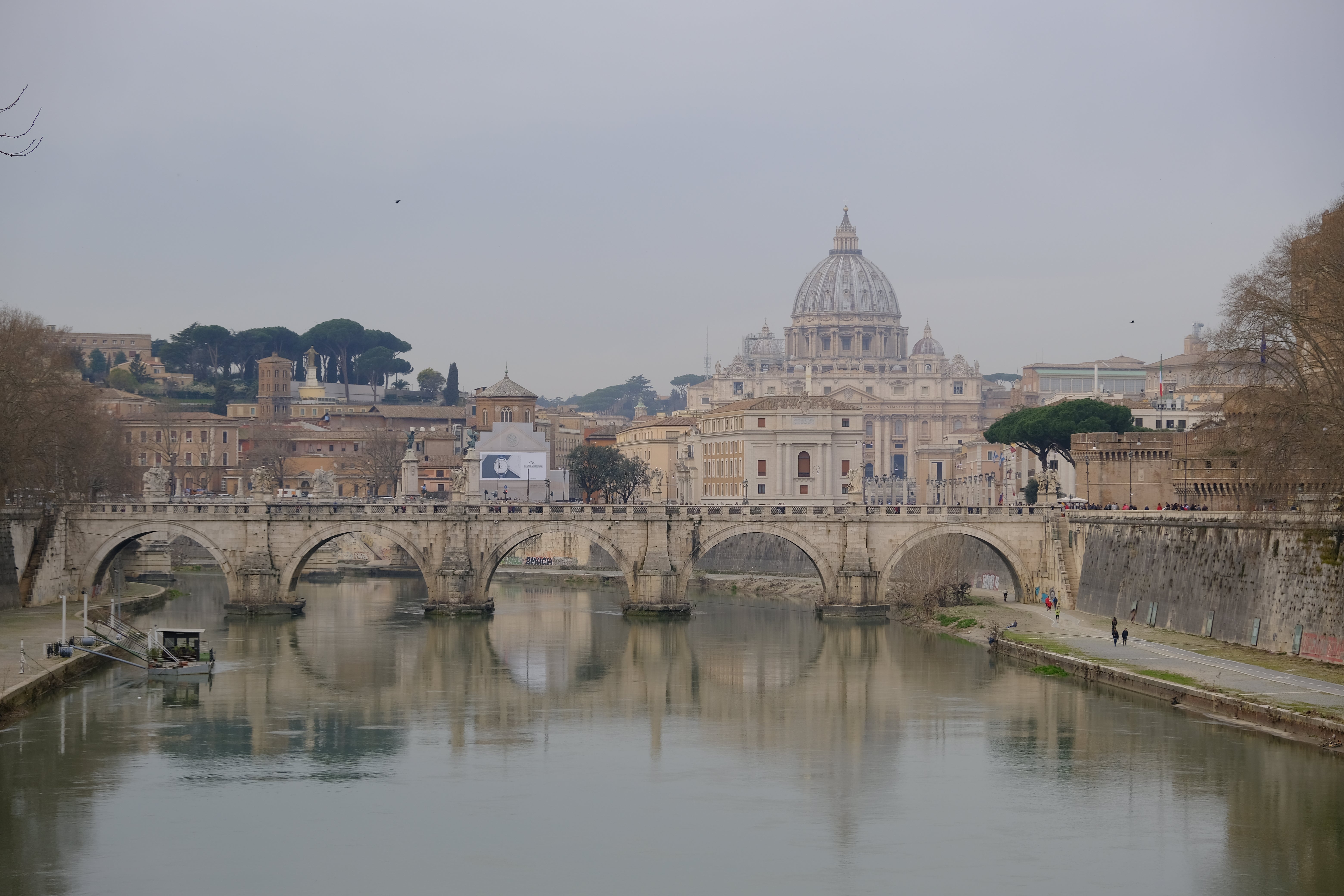 But like its stablemates, it’s also a great option if you like to play around with subtle effects that either enhance a photo’s atmosphere or give you a starting point for further editing. Fujifilm’s “Film Simulations”, which are based on the hues and tones you can get from its now dwindling analogue film collection, are a really great option for doing this, and one of the big selling points over a camera such as the Sony A6400.

From Velvia’s saturated colours to the characterful grain of Acros’ black-and-white shots, you’ll quickly find your favourites for each shooting situation. In further good news for anyone who often finds themselves in tricky low-light situations, the X-T30’s high ISO performance is very good.

It might lack built-in image stabilisation, which would further help with handheld shooting, but I found the results at ISO 6400 to be perfectly acceptable, which was useful for shooting in dingy bars at The Great Escape Festival. If you need them, there are also expanded 200% and 400% dynamic range modes to help with particularly challenging, contrasty scenes.

Unlike cameras such as the Panasonic GH5S, this isn’t a model you’ll buy primarily for video – but it’s a fantastic tool for shooting short clips that display the same visual charm as its still photos. You’re limited to 10 minutes of 4K shooting at a time, but in both that mode and 1080p shooting, the level of detail is excellent and the autofocus is mostly reliable too.

Overall, it’s hard to find fault with the X-T30’s stills or video performance – it’s among the best around at this size and price.

Why buy the Fujifilm X-T30?

The Fujifilm X-T30 is the best camera you can buy at this travel-friendly size and sub-£1000 price point.

Whatever you like to shoot, from cities and countryside to people and penguins, it has the autofocus, burst shooting and image quality to snag you some great shots. And it’s a surprisingly talented video camera, too. 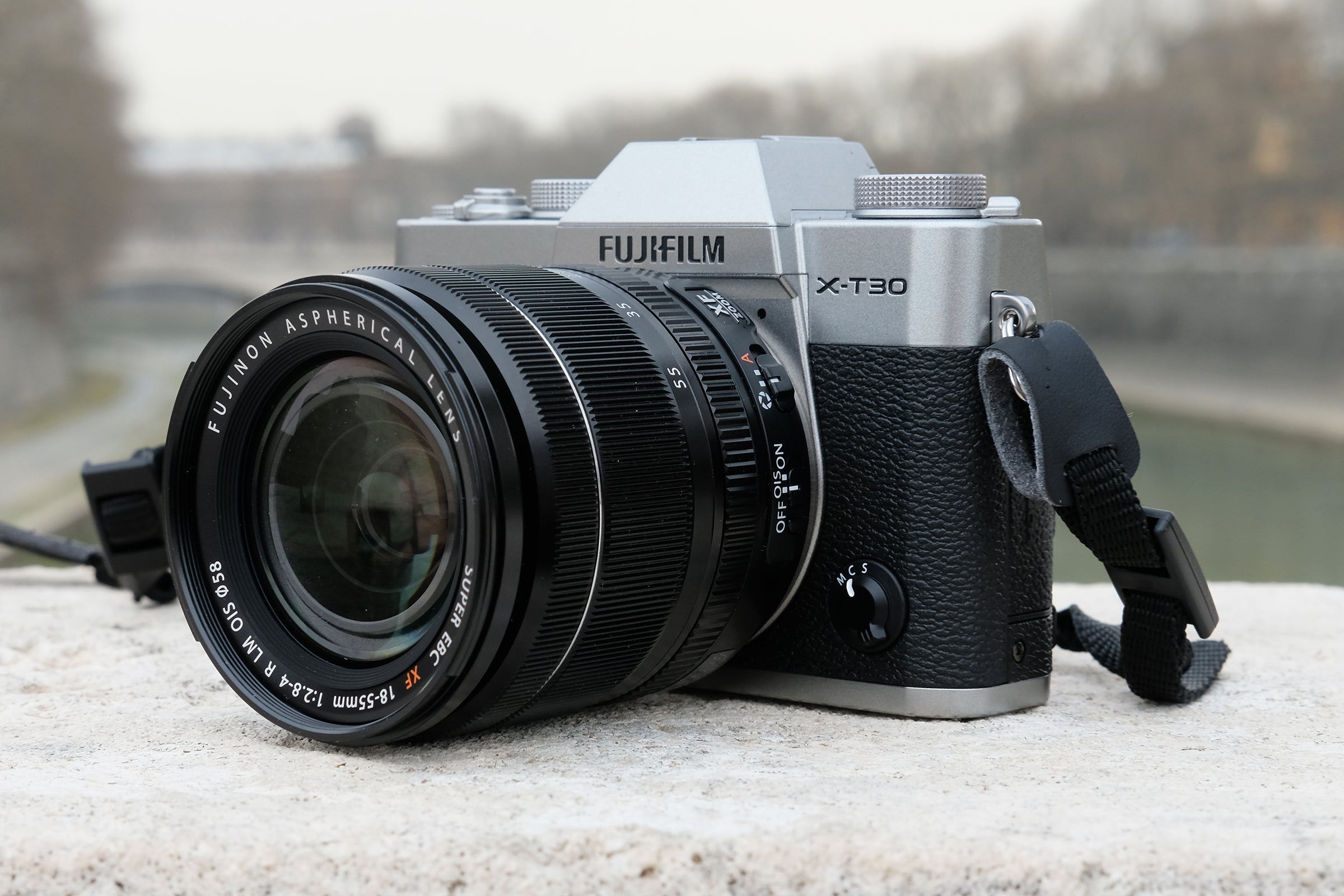 There are a few minor drawbacks compared to bigger cameras – the handling can be tricky for those with larger hands, the lack of built-in image stabilisation and the EVF magnification is a bit on the low side. The Sony A6400 probably also edges it for autofocus reliability, although not by much.

If you’re coming from a bigger camera and would prefer a better EVF, twin card slots, weather-sealing, slightly better burst shooting and more DSLR-like handling, then the Fujifilm X-T3 or forthcoming Panasonic G90 might be better bets.

But the X-T30’s size makes it perfect for travel and street photography, and when paired with one of Fujifilm’s many excellent prime lenses, it’s one of the most fun and rewarding shooting experiences around.

The Fujifilm X-T30 is available to buy right now. 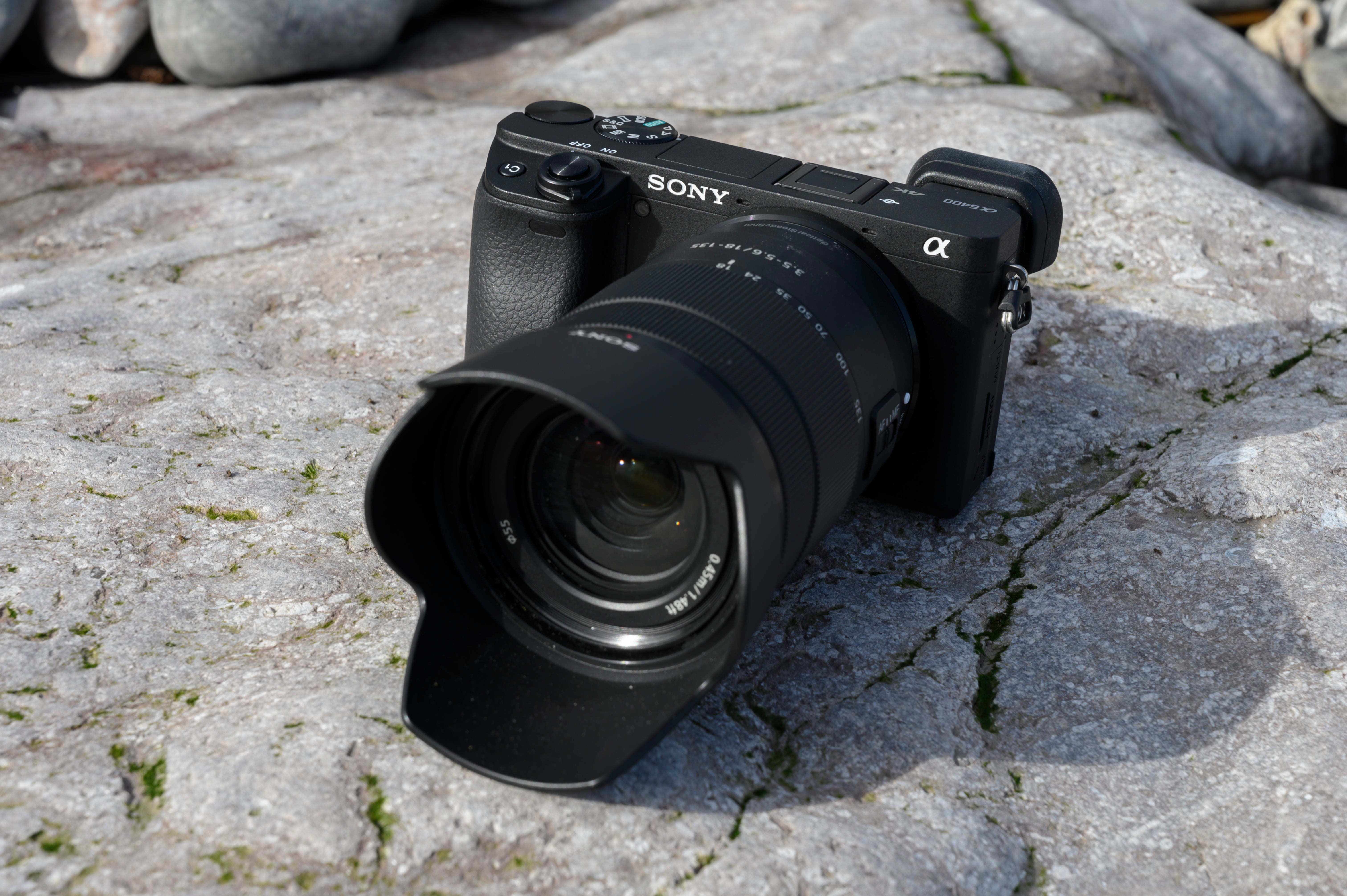 With its similar dimensions, price and shooting power, the Sony A6400 is the X-T30’s closest rival – and there’s not much to separate the two cameras.

The A6400 has marginally better autofocus and a flipping screen for vloggers; otherwise, the X-T30 is the superior camera, particularly for stills. And while a matter of taste, Fujifilm’s “little giant” is also a more fun camera to use. 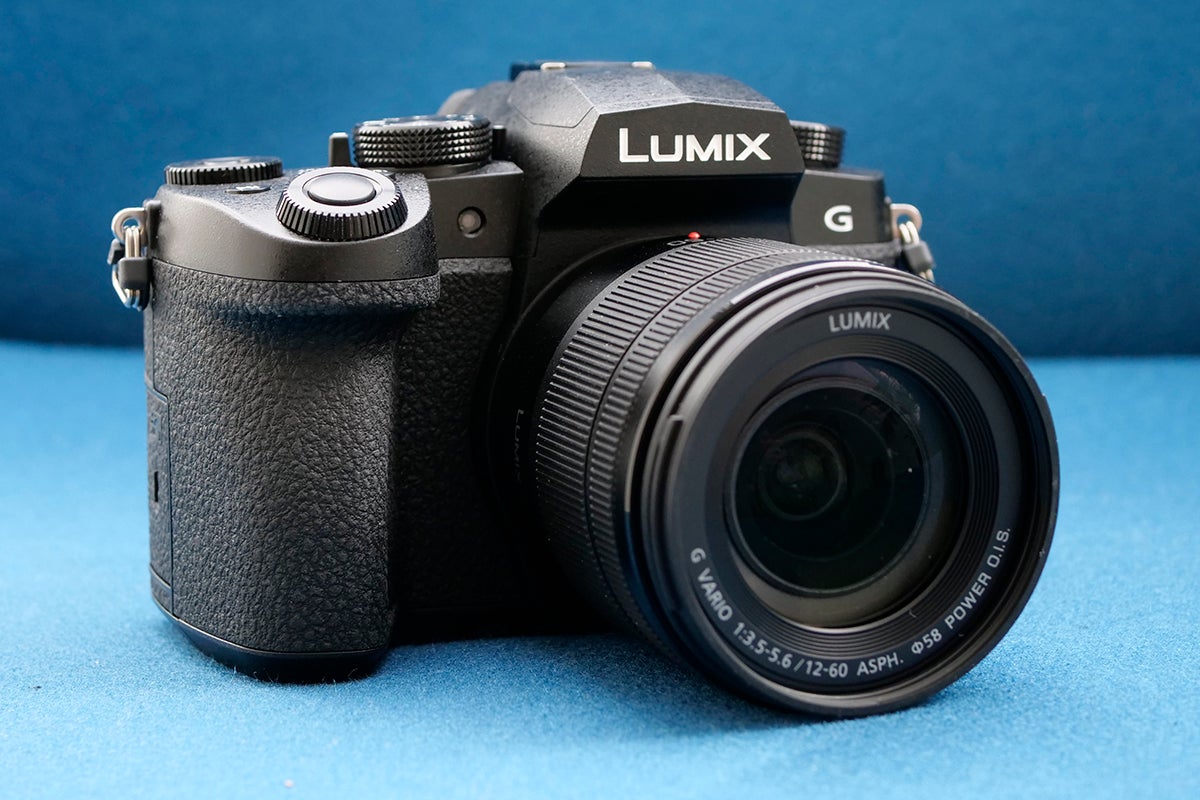 A much larger camera than the X-T30 but one with a similar price tag, the G90 is effectively a baby version of Panasonic’s excellent G9.

It packs in five-axis image stabilisation and unlimited 4K recording – neither of which are available on the X-T30 – but has a smaller Micro Four Thirds sensor and a less travel-friendly design. We’re currently testing the G90 and so will give you our final verdict very soon.