When the first mirrorless system cameras emerged about ten years ago, their killer feature was obvious: size. Or, more specifically, a lack of it in comparison to traditional DSLRs, which required space for a pentaprism viewfinder and a mirror that flipped up every time a photo was taken.

Fast forward a decade and, with the mirrorless cameras now feeling comfortably mature, we’re starting to see some truly astonishing photo and video capabilities squeezed into cameras so small and light they barely register when hung round your shoulders.

The Fujifilm X-T30 and Sony A6400 are two such little wonders. Being similar prices (the X-T30 costs around £850 body only, while the A6400 retails for around £950 body only) as well as similar sizes, these mid-rangers are likely to appeal to the same sort of photographers – that’s both beginners looking to step up from smartphones, and travelling hobbyists who want a smaller body to take out on day trips.

We’ve decided to compare the two to find out which one is more deserving of your hard-earned cash. 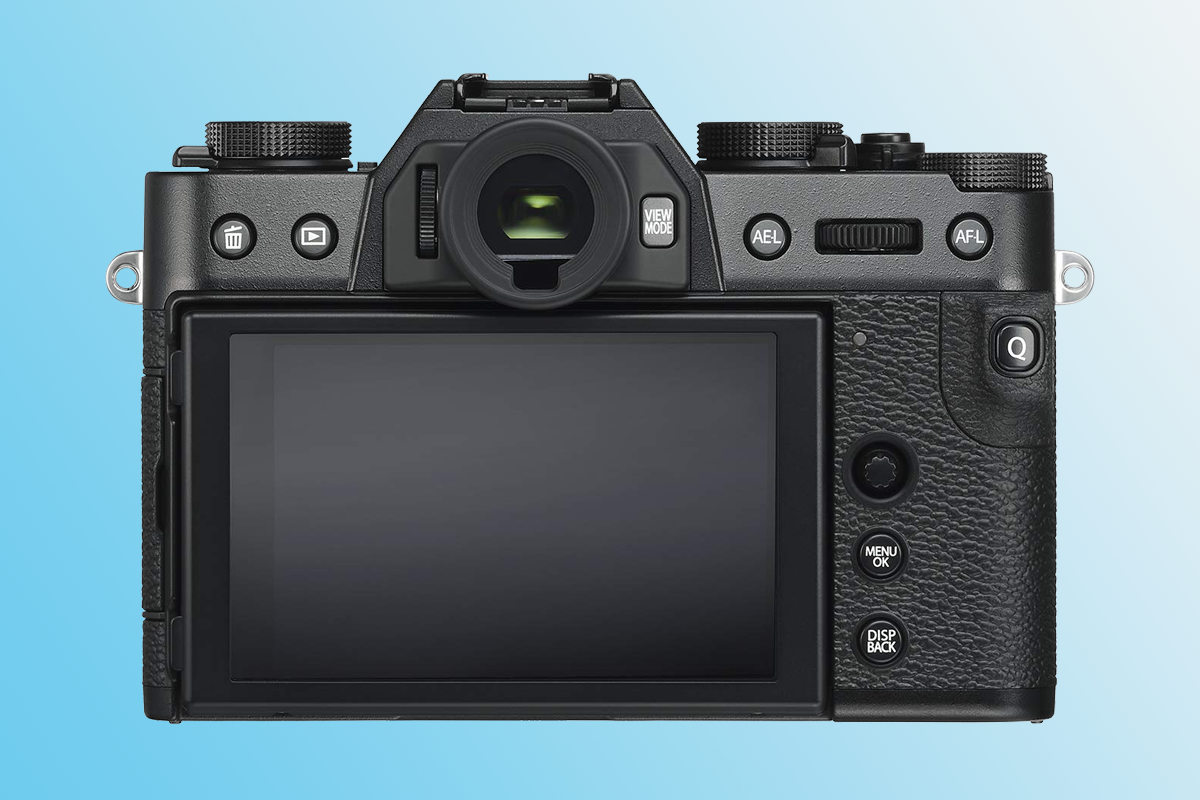 Unlike the A6400, the Fujifilm X-T30 has a joystick for moving the AF point around the frame. Its Q button can still be prone to accidental presses though.

The Fujifilm sports a classic retro look, while the Sony takes a more ergonomics-first approach with its large right hand grip. Which you prefer will likely be down to your personal aesthetic taste, but both cameras look stylish and feel good in the hand – the Fujifilm just looks a bit better than the Sony, which feels a bit better to hold than the Fujifilm. Like the X-T30’s ‘Q’ button, the A6400’s video button isn’t ideally placed and almost disappears under the strap. The rest of its layout is ergonomic and intuitive though.

The cameras each have a bright and detailed OLED viewfinder of a similar size and resolution, and plenty of buttons and dials on hand for tweaking settings. Both have some controls that could have been better situated – the video stop/start button on the Sony is almost covered up when a strap is attached, while the Fujifilm’s customisable Q button is too easy to hit by mistake. But neither are deal-breakers. 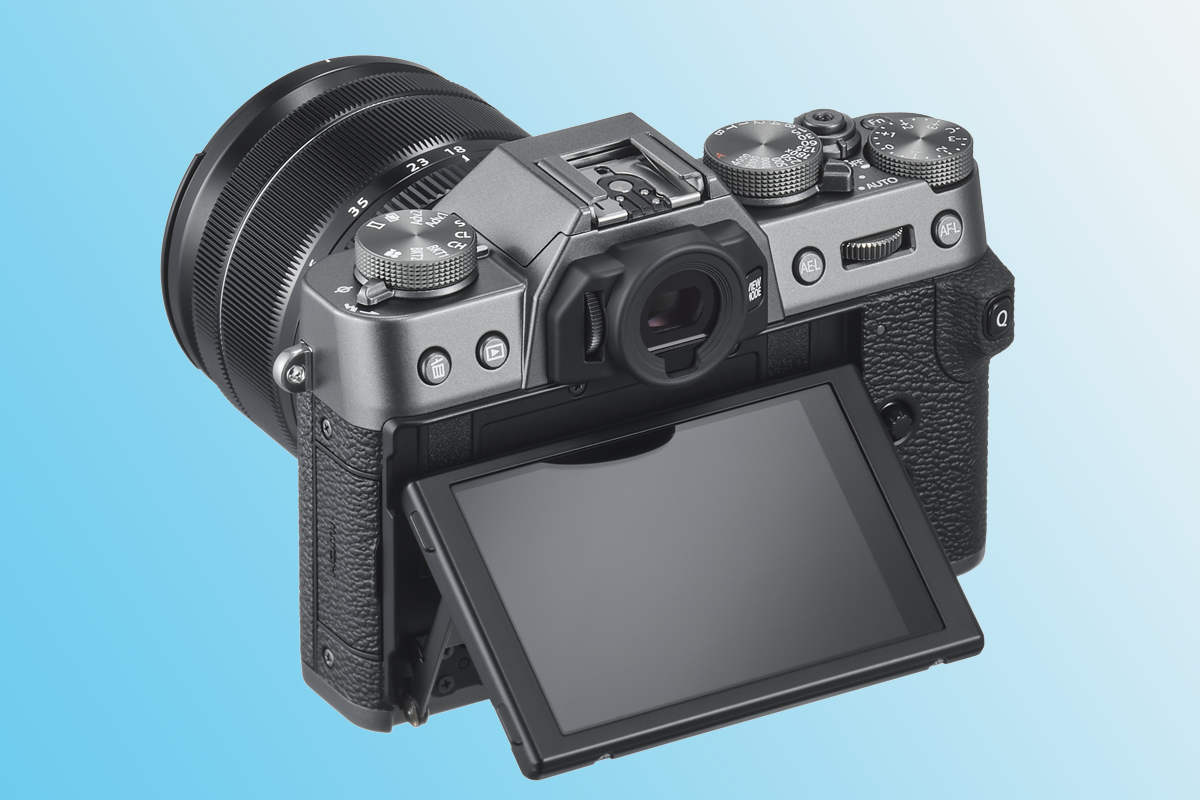 Both cameras have tilting 3-inch rear LCD touchscreens with similar pixel counts, but the Sony’s is a little more tiltable: it can flip up a full 180 degrees in order to face forward, as well as downwards about 45 degrees, while the Fujifilm’s screen tilts 90 degrees up and 45 degrees down. 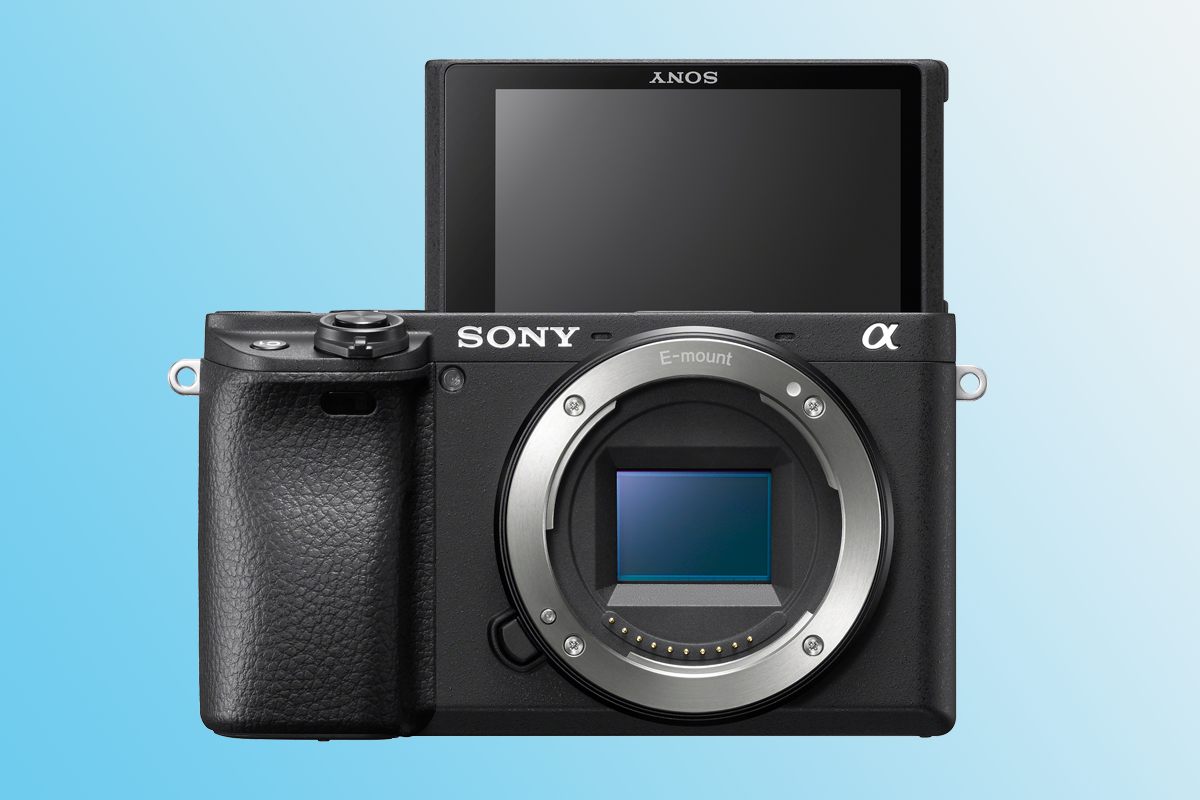 The A6400’s front-facing screen is hampered somewhat by the position of its hotshoe for external mics, which means it can get blocked, though you can fix this with third party accessories.

That gives the Sony the edge for vloggers and selfie addicts, although the placement of the screen also means that vloggers attaching an external mic to the A6400’s hot shoe will see it blocking most of the screen – a bit of suspect design from Sony there, but it is fixable with third party adaptors from the likes of Smallrig.

The touchscreens on both cameras allow you to change settings (best viewed as an alternative to using the physical controls rather than the primary method), and both feature the always-handy touch-to-focus function: if you want to quickly set the camera’s autofocus point, you can do so by tapping the desired area on the screen. Which brings us neatly to our next section…

Fujifilm X-T30 vs Sony A6400 – Autofocus and performance

It’s not often that two cameras from two different manufacturers sport the same autofocus setup, and both are extremely nippy when it comes to acquiring and maintaining sharp focus, even in challenging low light situations. We think the Sony is just a little better at maintaining a lock on moving subjects, so if you’re into shooting sports, wildlife or your kids, that could be the edge you’re looking for. 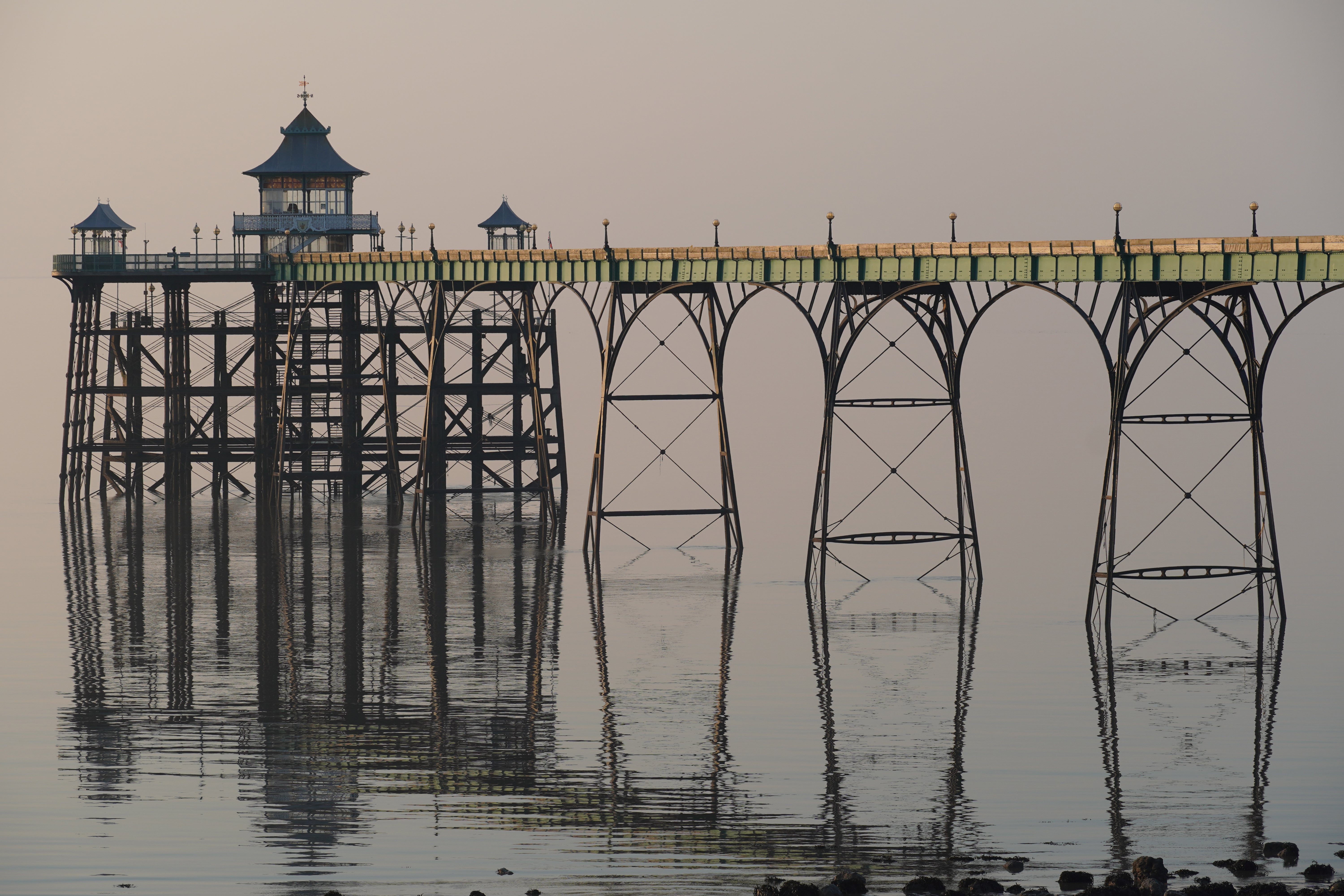 Picking up the a6400 with the 18-135mm leaves you with a bulkier overall device, but provides plenty of flexibility.

Both have face and eye detection, automatically locking onto and tracking them (depending on your settings), which not only helps with portrait photography but with videos. Vloggers will appreciate the fact that they can point either camera at themselves and know that their face is being kept sharply in focus the majority of the time, but here the Sony has a slight edge too: a firmware update now lets it track animal subjects as well as people. 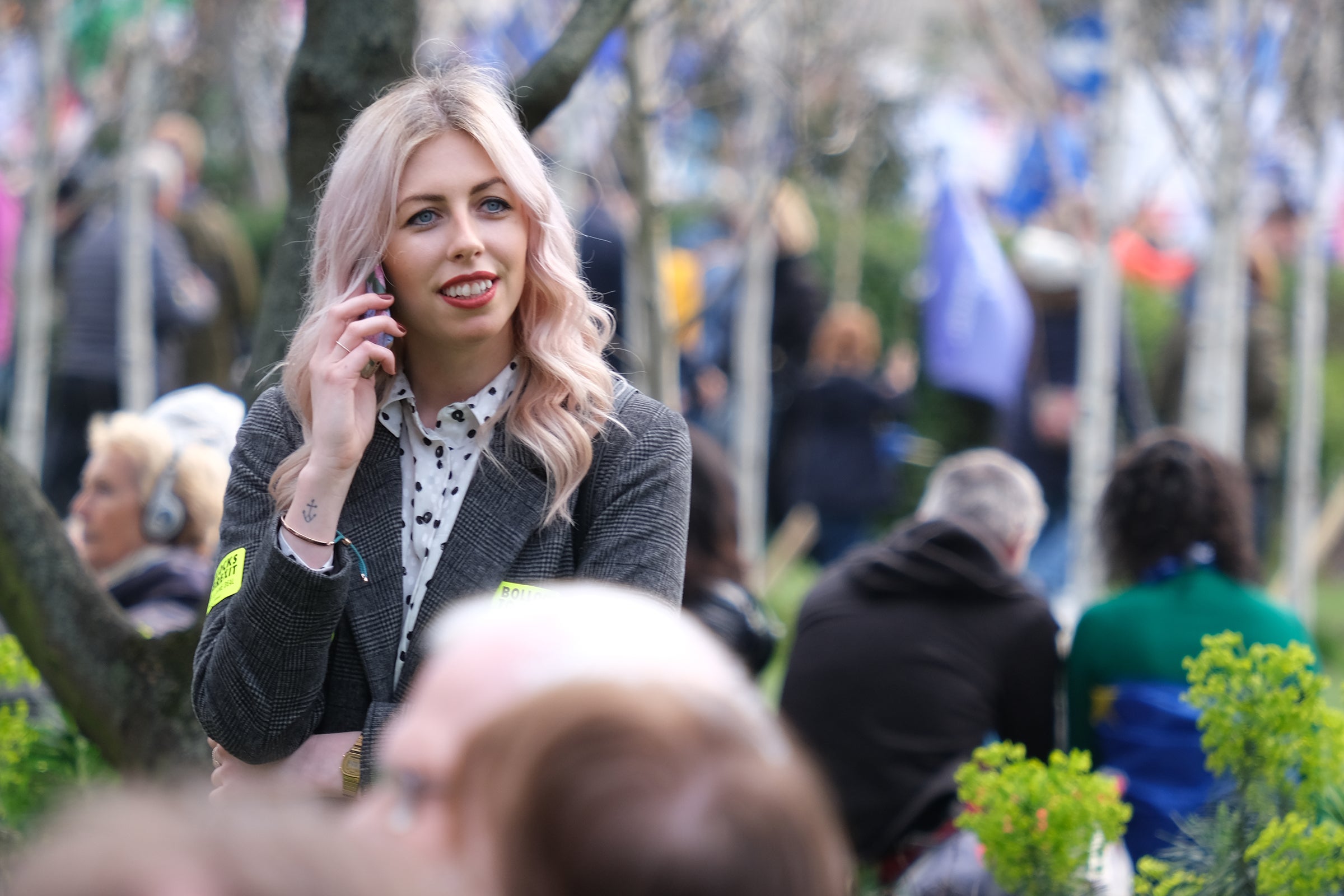 The X-T30’s fast burst shooting speeds can be handy for capturing both action and people shots.

In terms of drive performance though, there’s quite a stark difference. The A6400 can shoot full size stills at up to 11fps, while the X-T30 can do so at 20fps using its electronic shutter (or 30fps at cropped quality), but the A6400 has the larger buffer, meaning you can burst shoot for longer before filling up the camera’s memory and needing to pause.

The Sony’s battery is good for about 360 shots or 75 minutes of video per charge, while the Fujifilm can manage about 380 stills and 75 minutes of video. Put plainly, neither camera can claim to possess great stamina, and we suspect the kind of people both models seem aimed at – vloggers and travellers – will need to buy at least one spare battery. On the up side, both cameras can be recharged via USB.

Winner: Sony A6400 for autofocus, Fujifilm X-T30 for shooting action 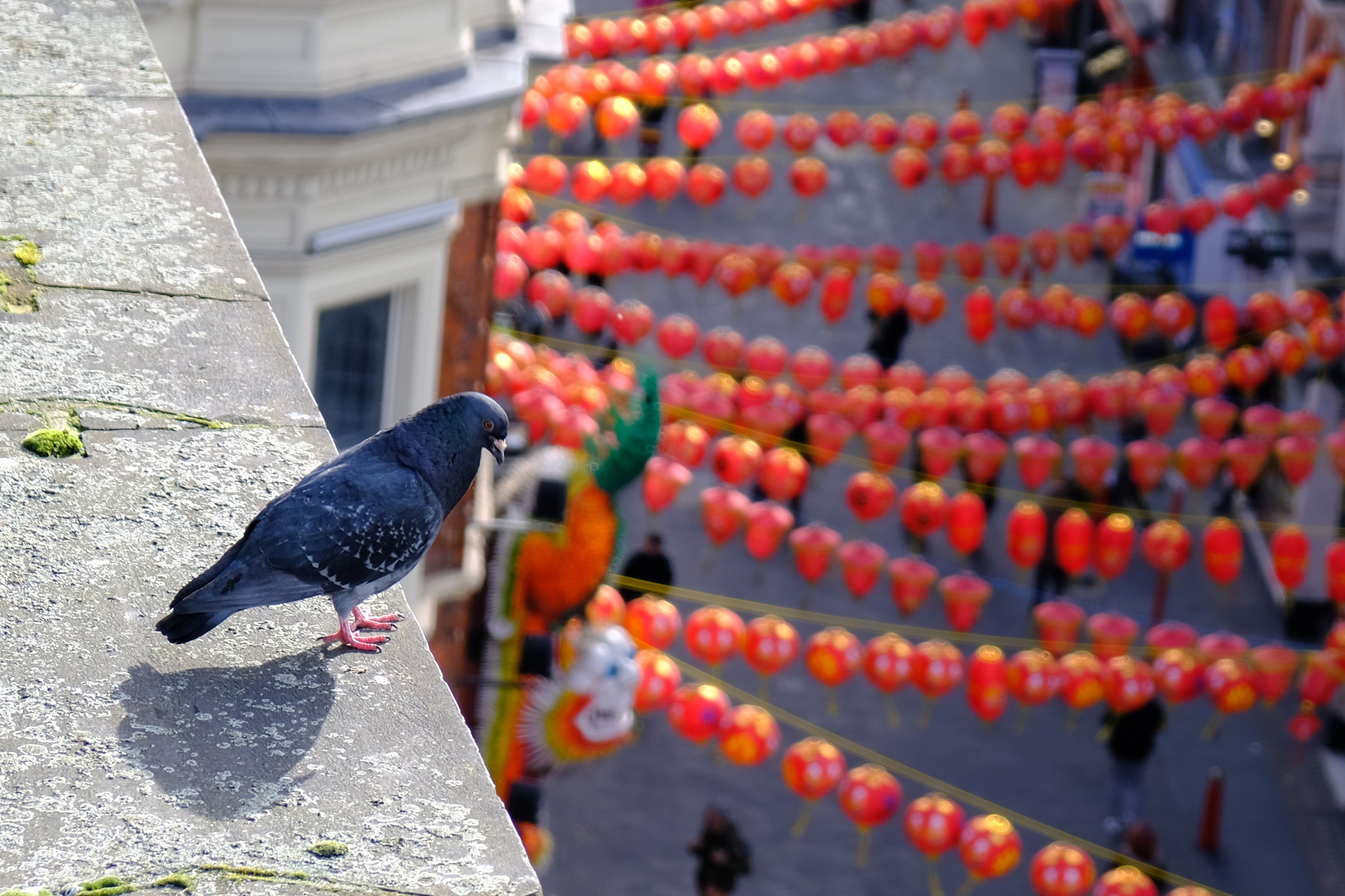 The X-T30’s photos are sharp, detailed and natural by default, but you can play with their look using Fuji’s much-loved film simulations.

The Fujifilm’s JPEGs are finely detailed and pin-sharp, remaining so even as it moves into the higher ISO settings. 51200 ISO is extremely grainy, but 6400 and even occasionally 12800 yield usable results. Overall, it’s strong in low light as long as you’re using a reasonably fast lens. Images look natural by default rather than striking, but the X-T30 does have access to 16 of Fujifilm’s excellent film simulation modes for those who want to get more creative. 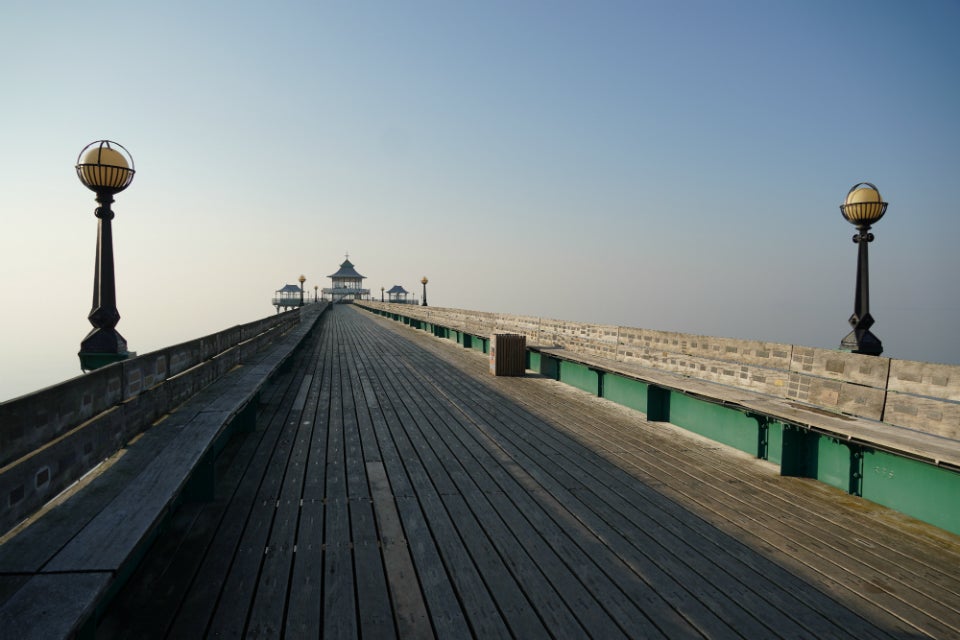 The Sony A6400’s ISO range might go further than the Fujifilm’s, but with its similar-sized sensor, its low light performance isn’t drastically better. Once again, you can push the ISO setting up to 6400 or 12800 and snap photos that’ll be acceptable for social media use, but you’ll get cleaner, sharper images with impressive dynamic range at lower ISOs.

It’s worth noting that neither camera has in-body image stabilisation, something that can be found in pricier models in both companies’ ranges. So if handheld low light photography is your main priority, you should probably be looking elsewhere.

Both cameras boast 4K recording, albeit with some caveats: neither is able to match the 60fps frame rates of pricier models in their ranges, instead being limited to 30/25/24fps when it comes to UHD recording.

Where the Fujifilm X-T30 edges slightly ahead is with its ability to shoot 4K video at 30fps without any crop, unlike the A6400. Both can record 1080p content at up to 60fps, though, plus high-speed modes of 120fps at 1080p for smooth slow motion playback.

And while the Sony A6400 has a wide array of picture profiles for pro users, including HLG for HDR workflow, the X-T30 can output in 10-bit and allows headphone monitoring via USB-C. You also get the benefit of its film simulations, many of which work well for video, although 4K video recording does have a ten-minute limit.

In terms of actual image quality, it’s hard to pick a winner – both are pretty impressive thanks to their detail, rich colours and effective continuous autofocus, and neither will let down vloggers and casual videographers in any major way, except for perhaps in the aforementioned lack of in-body stabilisation. But the uncropped 4K video and extra features of the X-T30 give it the slight edge here.

One area where Sony appears to have an obvious advantage is lenses – or at least, in sheer numbers of lens options. There are a more lenses available for Sony’s E-mount system than there are for Fujifilm’s X-mount system, but that’s not the whole story.

Fujifilm’s own range of lenses is known for its superb quality, particularly its fast primes, and covers most the range that an amateur photographer or videographer could ask for. 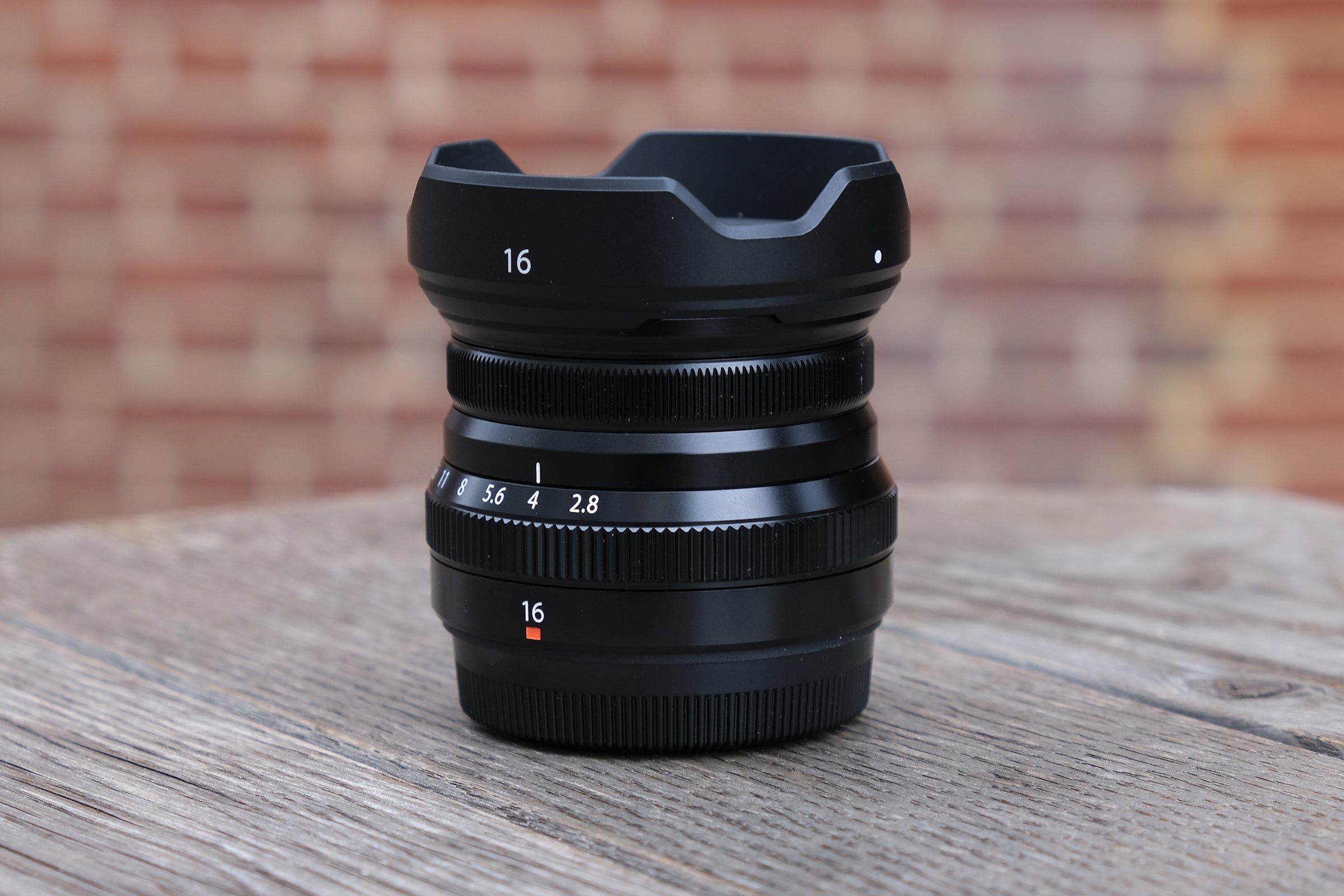 If shooting with fast prime lenses is your thing, then Fujifilm’s X-Mount has the better options – including the new XF 16mm f/2.8 R WR.

With both mount systems being quite mature by now, there aren’t any significant gaps in either, particularly if you’re looking at standard focal lengths. If you like shooting with primes, then Fujifilm has the edge, but otherwise both systems have a great and very similarly priced range of lenses.

These two cameras are remarkably similar in many ways, with only a few minor differences here and there being worthy of note; both are compact, capable mid-range all-rounders with good photo and video quality and impressive autofocus, with only £100 between them.

Neither camera stands out as the clear winner, but there are slight differences depending on what you like to shoot. Vloggers are better off with the Sony A6400 due to its more flexible screen and slight advantage in video profiles, although the X-T30 is the better video camera overall. 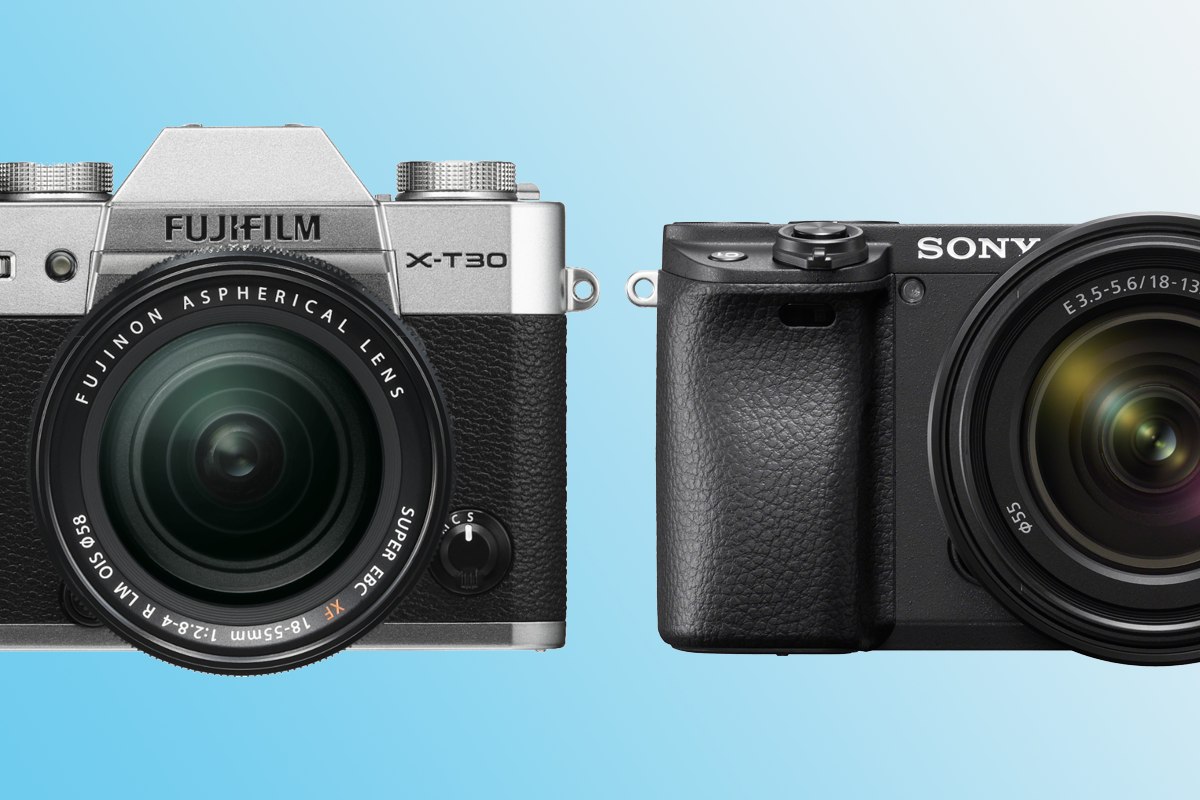 If stills are your thing, the A6400 has the marginally better autofocus, which is handy for shooting people, but if you like shooting action then it’s hard to ignore the Fujifilm X-T30’s extremely fast continuous shooting speed.

Whichever you pick, you’ll be getting a fine camera – although not a perfect one. Make sure to check out our other camera reviews if you’re looking for something with better battery life or in-body image stabilisation.