How good is the Fujifilm X-T30’s image and video quality?

Because the Fujifilm X-T30 has the same sensor and processor as the larger, more expensive X-T3, its performance is very similar for both stills and video. In other words, excellent and among the best for a camera of this size and price.

This means the difference between the two cameras is less around photographic performance and more about features, with the X-T3 bringing features like a larger electronic viewfinder, faster burst shooting and improved handling.

The X-T30 is a superb stills camera with great noise performance at high ISOs. While it lags a little further behind the X-T3 when it comes to video (there’s no 4K at 60fps or higher 400Mbps bit-rate option), it’s still an excellent performer whether you’re shooting 4K/30fps footage or 1080p, at least equalling the Sony A6400 in most regards except autofocus. 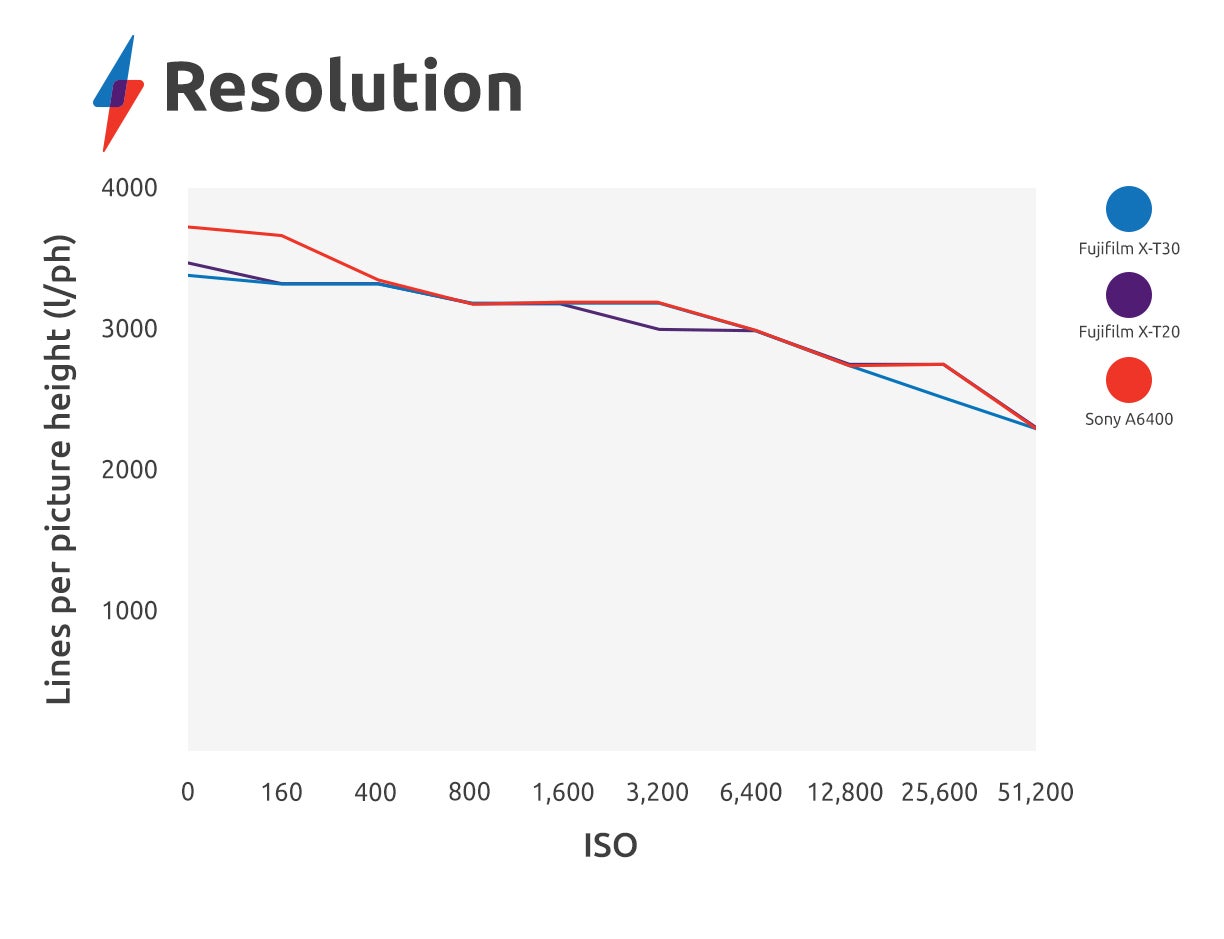 The Fujifilm X-T30’s 26-megapixel sensor resolves an identical level of detail to the X-T3.

Its lack of a low-pass filter – a now relatively uncommon feature developed by camera manufacturers to counter the effect of moire at the expense of detail – ensures a maximum of 3,400 l/ph being resolved between ISO 80 and ISO 400.

There’s a small drop in resolution at ISO 800, but the resolution still impressively stays above 3,000 l/ph right up to ISO 6400. It’s only when venturing into the expanded ISO settings of 25,600 and above that resolution drops down to 2,600 l/ph territory, although this is a common level for all cameras at this price point. 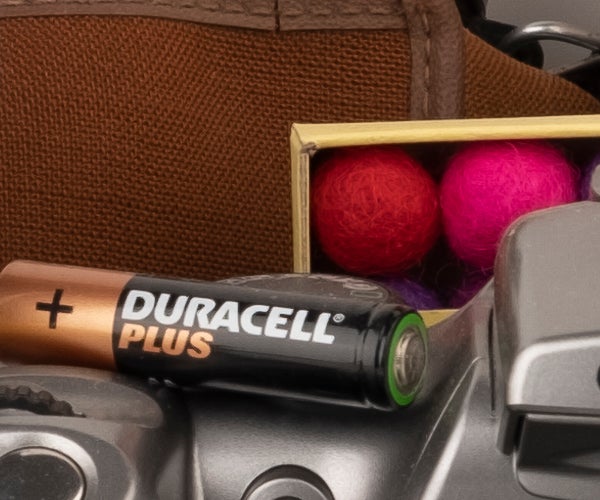 Shoot between ISO 80 and ISO 800, and you’ll get completely noise-free images. There’s a small amount of luminance noise at ISO 1600, but noise is very well handled at both ISO 3200 and ISO 6400, making these very viable options for low light shooting. Even ISO 12800 is very usable if you’re in particularly tough conditions.

Noise does become particularly pronounced at the extended settings of ISO 25600 and ISO 51200, so these are best avoided if possible, unless you’re going for the snow blizzard look.

Until recently, the Fujifilm X-Series’ video performance lagged some way behind its stills, but that’s no longer the case on the X-T3 and X-T30.

Both cameras are now among the best in their weight class for shooting video. The X-T30 is missing some of its bigger brother’s more advanced features, including the ability to shoot 4K at 60fps and capture 10-bit 4:2:0 footage internally, but for most people it’s a great upgrade on a smartphone for shooting short videos.

It can only shoot 4K continuously for ten minutes at a time (for overheating reasons), but its videos in this mode have bags of detail, and it shoots great 1080p video too.

As you can see in the video above, you can also apply its Film Simulations to add some personality – a few of mine in Brighton are shot in the Vivid profile, but Eterna is also a great option for a moodier, cinematic look.

The X-T30 is generally pretty quick to refocus too, as the scene on Brighton Pier shows, with only occasional hunting. With all of those scenes shot handheld, though, it’s pretty clear that using a tripod is preferable, particularly with the X-T30’s lack of in-built image stabilisation.

You’ll also likely want to use an external microphone, particularly for vlogging, which you can plug into the X-T30 via an adaptor for its 2.5mm port.