Right now, Fujifilm appears to be focusing on just three lines for its compact system camera offering. The X-E2S is in the same vein as the XPro2, but without such a hefty price tag.

It follows on from the X-E2, offering only a few minor upgrades from the previous version. In fact, if you install the latest firmware on the X-E2, you’ll have an almost identical camera. Still, for the time being at least, the X-E2S is the most wallet-friendly of Fujifilm’s current crop of CSCs – good news if you lust after the attractive look and retro charm of the company’s  traditional offerings, but don’t have the bank balance to match. 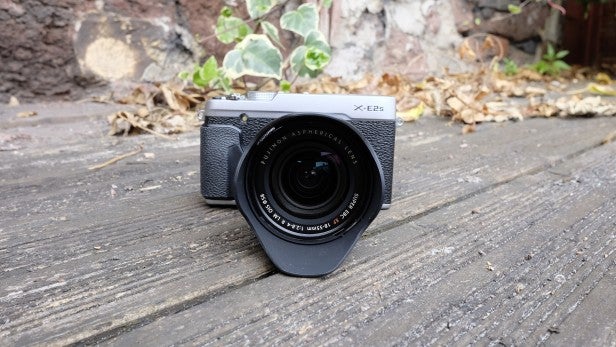 Since this is an incremental upgrade from the X-E2, in terms of body styling, it’s almost identical to said model. The design of the grip has been tweaked to provide better handling, and even though it’s a little shallow, you feel confident that the camera is secure in use.

Also new to this camera is a button on the rear marked “Auto”, which puts the X-E2S into fully automatic mode – a nod to the slightly more amateur audience that this camera is trying to attract. Those who don’t have use for the button can program it to control something else if they prefer.

Compared to Fujifilm’s other models, the X-E2S’s body is on the small size. Using it with some of the company’s extra-long telephoto lenses may make it appear slightly unbalanced, but it looks great with the kit lens or ordinary prime lenses.

As a rule, Fujifilm targets traditionalist photographers, or at least those who like the direct-access control of dials and buttons. As such, you’ll find a smorgasbord on offer here. Most of the company’s lenses have an aperture ring at their base, and this includes the kit lens (18-55mm), which can be bought with the X-E2S as part of a set. 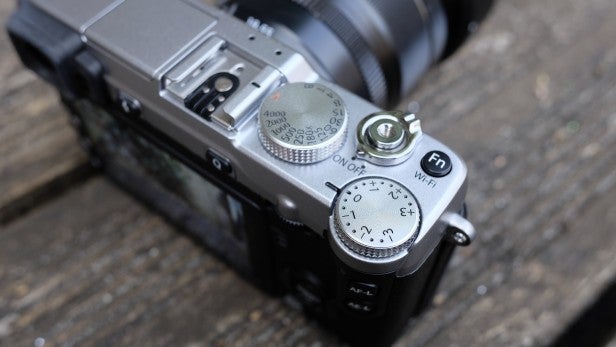 Shutter speed is adjusted via a dial on the top of the camera. Like other cameras from Fujifilm, the X-E2S has an electronic shutter that facilitates faster speeds than the top 1/4,000th of a second that the mechanical shutter provides. To go faster than 1/4,000, you’ll first need to activate the electronic shutter in the main menu, place the shutter dial to 1/4,000 and then use a second dial on the back of the camera to move to faster speeds.

A second dial on top of the camera controls exposure compensation, which is handily placed within easy reach of your thumb. Just in front of this dial is a customisable function button – just one of the many buttons that can be configured via the main menu.

Flip to the back of the camera and you’ll discover further buttons. Among them is one marked with a Q, which provides speedy access to a number of often-used settings – ISO, for example. To use the menu, you navigate to the setting you want to change, then use a small scrolling dial to make the adjustment. You can switch up the settings that you find in this menu, ditching those you don’t use often for others that you do.

A four-way navigation pad can be used in one of two ways. It can be set so that pressing any of the directional keys adjusts the AF point, or each key can be custom-set to control something different, with the down key giving you access to the AF point. There’s no touchscreen here, so you’ll have to choose one method to set AF.

The X-E2S offers, by some standards, quite a basic screen. Although the display is high resolution, making images appear sharp and vibrant, it’s fixed and doesn’t benefit from touch controls. Composing shots from awkward angles will be difficult with this camera, as will altering autofocus point or changing settings on the fly.

Still, on the positive side, it copes reasonably well in bright sunlight, and the viewfinder is on hand if it’s just that bit too bright to use. 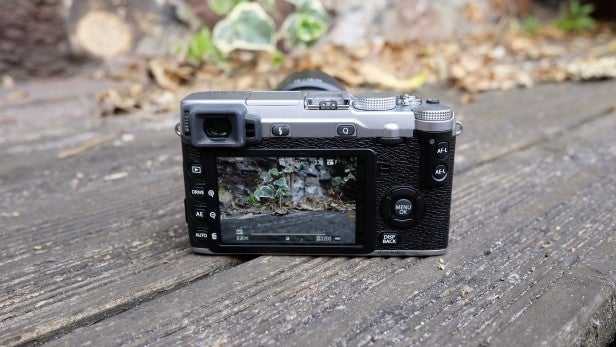 The viewfinder, too, is high resolution, and is bright and clear, if perhaps a touch on the small side. The refresh rate is decent and there’s very little noticeable lag.

Note that you don’t get the hybrid optical and electronic multi viewfinder of the more expensive XPro2. There’s a sensor that automatically detects when you’ve lifted the camera to your eye to switch on the viewfinder and turn off the screen, making for a seamless and natural transition between using the two.