While offering nowhere near the same level of fan-service of Friday the 13th: The Game, Blue Wizard Digital’s Friday the 13th: Killer Puzzle still provides enough of a challenge to keep you hooked with plenty of unlockables to have you coming back long after you’ve completed its campaign. The game suffers from having an ambivalent tone in terms of its intended player base is but regardless, fans of the puzzle genre will still find plenty to enjoy about the title.

At a glance, the game combines the slippery floor segments of the Pokémon games with the aesthetic of MySims before adding a dash of horror for good measure. Coming away from IllFonic’s carefully detailed and easter-egg ridden product, the juxtaposition was jarring, to say the least.

Having now spent a great deal of time with the game I can say that my first impressions still ring true, but there’s a great deal to love about Killer Puzzle. For anyone who has played developer Blue Wizard Digital’s previous title, Slayaway Camp, you’ll find a ton of similarities here. Both Killer Puzzle and Slayaway Camp see the player navigate their way through adorable isometric dioramas in an attempt to kill every last hapless victim on screen. Sound simple? It gets bloody difficult (pun most certainly intended).

Before you know it you’re using phones to trap your enemies, zipping through teleporters and staying clear of any nearby cats (because even Jason Voorhees knows that animal cruelty is wrong). With each new feature, the game gets just that bit harder but never feels unfair. Once you’ve wrapped your head around all of Killer Puzzle’s mechanics, the game becomes quite addictive and a welcome addition to your daily routine. 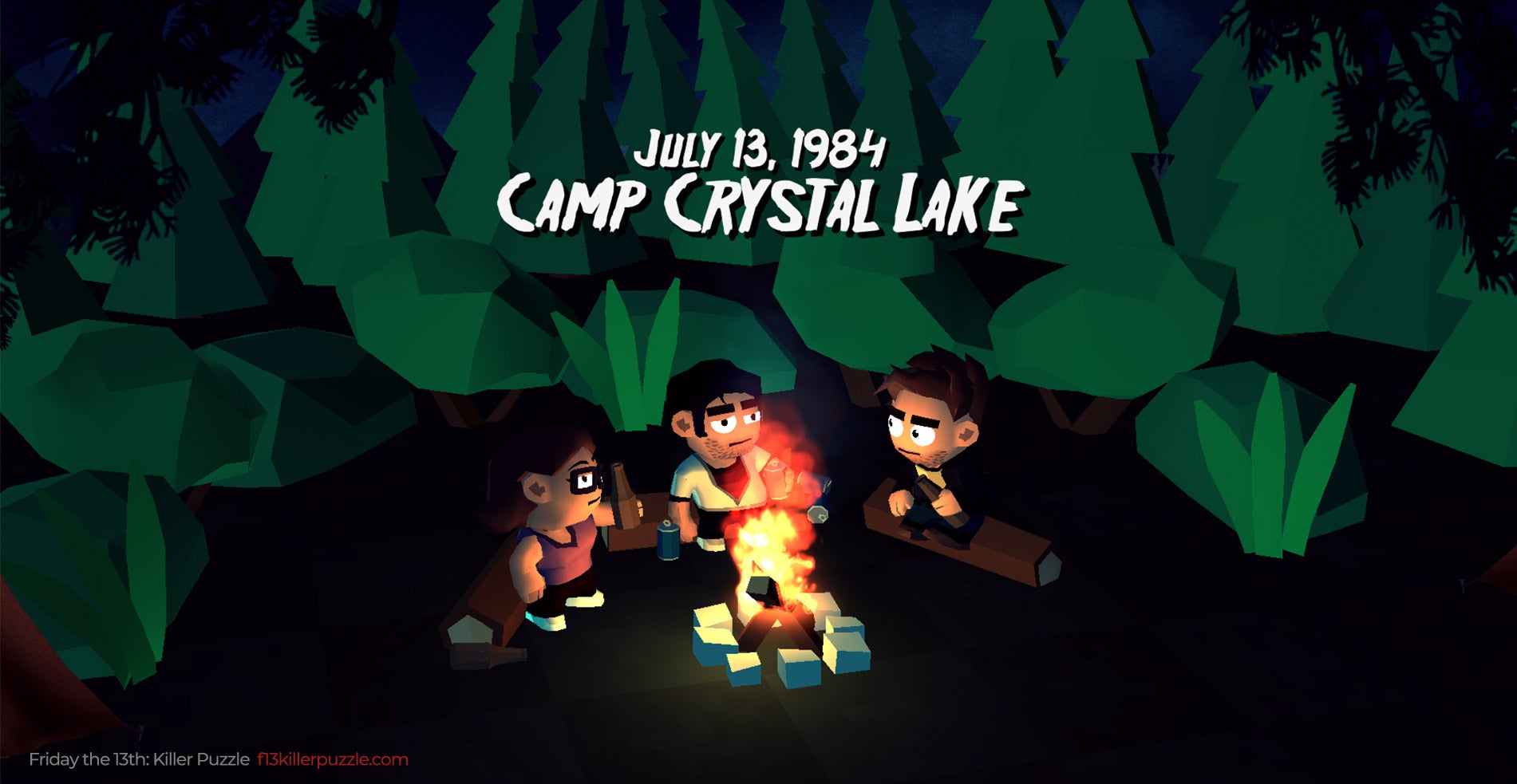 Speaking of daily routines, the game also boasts a ‘daily death’ mode, one of two additional modes (alongside ‘murder marathon’) that accompany the main campaign. ‘Daily death’ sees Jason dropped into a unique level each day, one that offers no help or advice and as such, proves to be far more challenging than the campaign. Completing enough of these daily challenges will net you some sweet unlockables, and it gives the game some staying power after you’ve finished the main story.

‘Murder marathon’ on the other hand can best be described as an ‘endless killer’ – the bloodier cousin of an ‘endless runner’. Taking the execution segments that occur at the end of each level and compiling them into a non-stop onslaught of blood and guts, ‘murder marathon’ is good fun for a few short bursts but it lacks the depth of ‘daily death’.

In fact, the best reason to play ‘murder marathon’ is just to hear the announcer declare your final score in the most ridiculous way possible. Without showing you a direct sound bite, I can only truly liken it to one of Kermit the Frog’s arm-flailing freak-outs.

That same sense of humour can be found throughout Killer Puzzle and it offers some much-needed relief from all the murder. From the ‘Ki-Ki-Ki Ma-Ma-Ma’ button on the pause menu to the narrator’s proud declaration of “Final Earl!” (a riff on the popular ‘final girl’ horror trope), Killer Puzzle has its tongue pointed squarely in its own cheek. 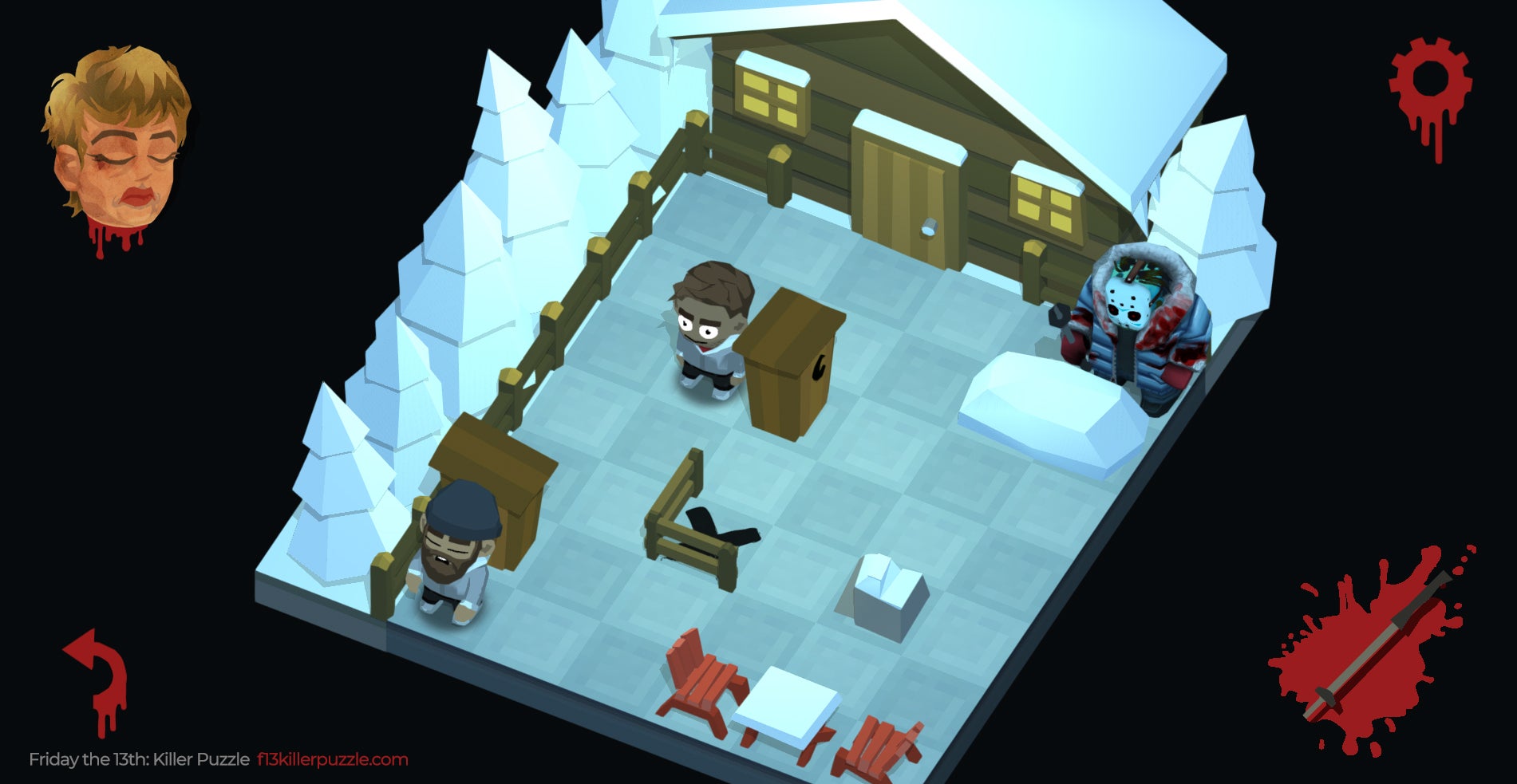 Most of the jokes are delivered by the severed head of Pamela Voorhees (Jason’s mother). Seeing Mrs. Voorhees jump between bloodlust, being an overprotective parent and occasionally commenting on how nice it is to get out of Camp Crystal Lake, is a hoot. What’s more, Mrs. Voorhees can also offer help ranging from a simple tip, all the way to skipping the level entirely, and it’s here that Killer Puzzle runs into a bit of an identity crisis.

During the game’s introductory cutscene, players are offered the chance to change Killer Puzzle’s gore intensity, right before Jason’s machete comes down on the head of one unsuspecting camper. It makes for a great gag, but being able to turn off the gore and later skip levels from the get-go makes me wonder if the game isn’t also being marketed towards a younger audience.

Where this becomes problematic is in just how easy it is to switch the gore back on – a simple toggle in the settings menu. Even if you have the gore switched off, some of the game’s cutscenes still portray Jason’s murders in all their bloody glory.

While I still adore Killer Puzzle’s art style (I would love to have one of the game’s dioramas on my desk), its shortcomings are far more apparent during cutscenes and executions. The game’s cartoony design is great from a distance but when you get up close and personal with its characters models, you notice that they’re not particularly well detailed. The executions seem to lack a layer of polish that was found in Slayaway Camp, making you feel like you’re watching animation from the early days of the internet. 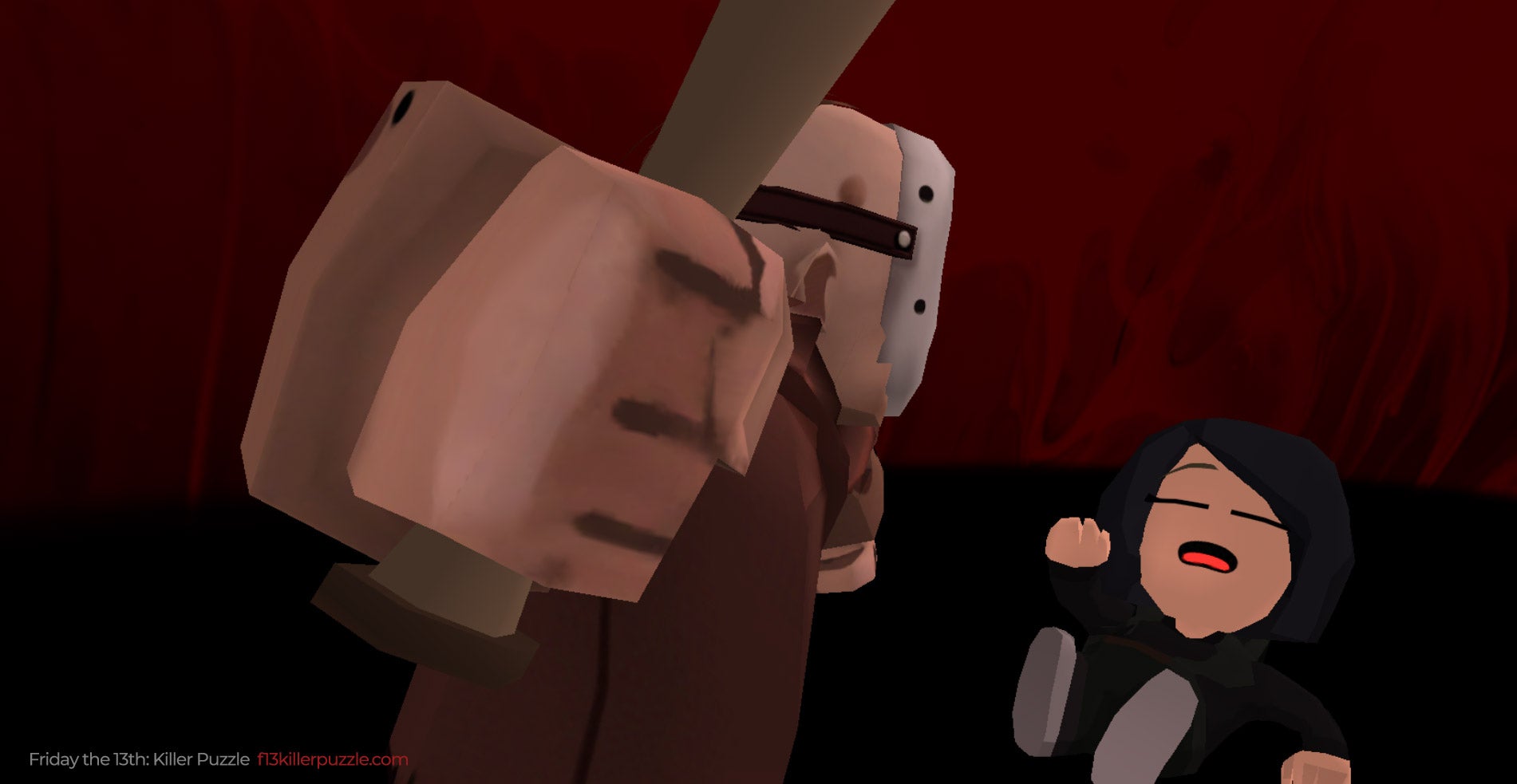 Working in Killer Puzzle’s favour, however, is its sheer amount of unlockables. If you’ve ever wanted to see Jason Vorhees take down campers with a wet fish or a stylish purse then you’ve got your wish – even Ratchet and Clank don’t have this many weapons.

On top of the weapons, there are also several skins to unlock for Jason himself with some taking their cue from movies in the Friday the 13th series and others adding a full “what if?” scenario to the lore of Jason’s murdering antics.

Friday the 13th: Killer Puzzle might not have the sheen of Slayaway Camp or be an homage to its namesake series like Friday the 13th: The Game, but it’s still a heck of a lot of fun and great value for money when you consider the amount of content that’s available here.

Taking on campers with an increasingly bizarre array of weapons never gets old and the game’s short-burst levels make a solid fit for portable gaming on the Nintendo Switch.