The Fluance RT85 is a capable turntable, displaying some areas of genuine expertise. While it isn't the most vigorous of vinyl listens, its laid-back and warm approach will suit many down to the ground

The Fluance RT85 is the brand’s flagship record player fitted with the Ortofon 2M Blue cartridge.

“Playing safe” is never all that bad an idea, is it? After all, quite often the obvious choice is obvious for a reason. So, if you had £500 or so to spend on a new turntable, then opting for a model from the brands Pro-Ject and Rega would not only be the obvious choice, it would be the safest bet too.

Sometimes, however, it pays to think outside the box. While £500 isn’t the sort of money one should bet on a hunch, it doesn’t cost to at least conduct some research.

Canadian specialist Fluance has been turning out some highly regarded stereo and home-cinema loudspeaker ranges since its inception in 1999, and lately, the company has bolstered its range with products in two of audio’s biggest growth-categories: wireless speakers and turntables.

Fluance describes the RT85 – the most expensive and extensively specified record player it currently builds – as a “reference high fidelity vinyl turntable”. And while the brand name doesn’t have the cachet of Pro-Ject or Rega (at least not where European customers are concerned), on paper the RT85 looks fully equipped to compete with some of the highest-profile safest bets around.

“Design” is almost a redundant word where turntables are concerned, and the Fluance RT85 is no exception – it looks like a record player, and that’s about it. 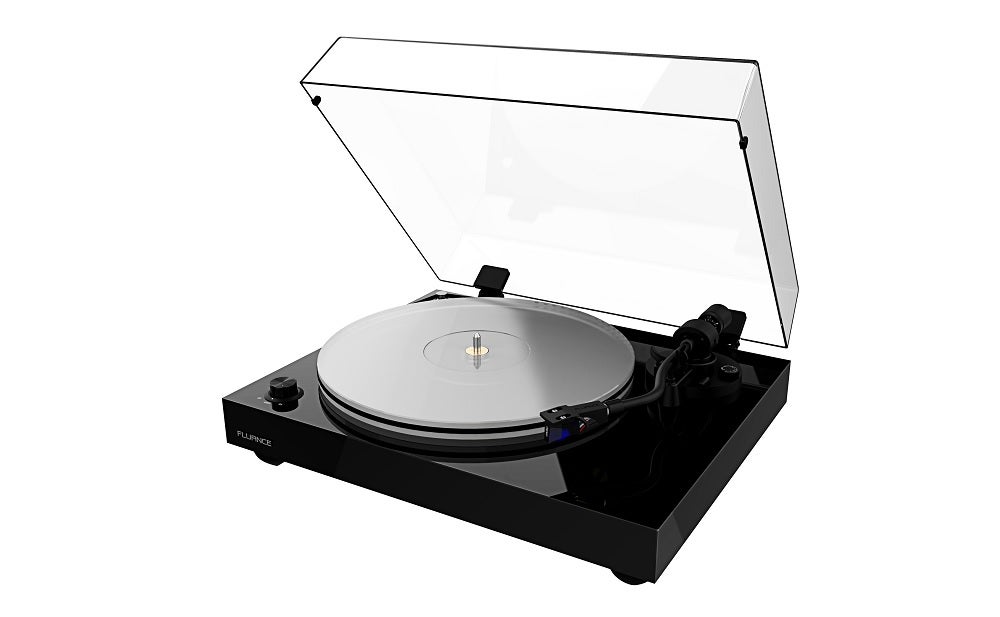 The chassis is built from MDF – its strength and stiffness are valuable properties in a turntable chassis, as is its fairly robust resonance rejection – and the model is available in either walnut or piano-black veneer finishes. It stands on three height-adjustable spike-shaped rubber feet, and there’s a little bubble-gauge included in the box to help you get the deck absolutely level. The tinted dust cover fits flawlessly, and the overall finish is smooth and clean.

Certainly, there’s nothing about the way the RT85 is constructed or finished that makes it feel in any way down-market next to price-comparable rivals.

Fluance RT85 features – What you see is what you get

The RT85 is a belt-drive design – a broad (5mm) rubber belt turns a hefty (1.5kg) acrylic platter. Acrylic gets the nod on the basis that its high mass and density efficiently dissipates energy and damps unwanted vibrations.

The motor that drives this arrangement is mounted beneath the platter and is decoupled at seven points from the chassis itself. It has a servo controller that analyses its rotational speed over 500 times per second. Fluance reckons this results in speed variation of less than 0.1%.

On the subject of rotational speed, the RT85 plays at both 33.3rpm and 45rpm. It has an automatic speed-change control at the bottom left of its chassis that also serves as a power on/off switch. This makes a surprisingly luxurious change from the more common manual speed-change of some of the RT85’s main rivals. 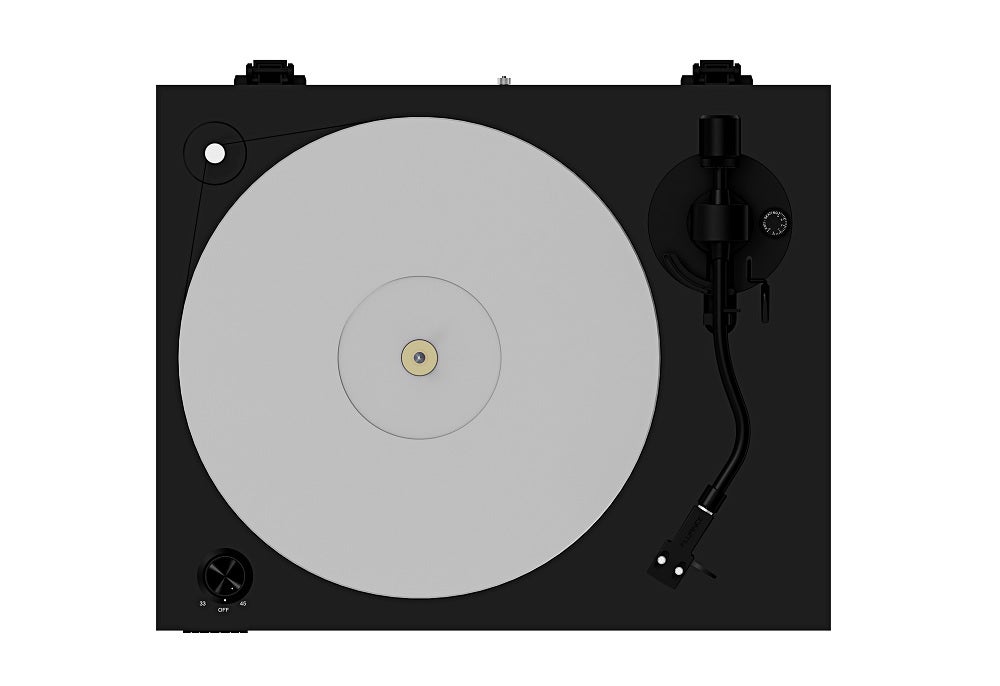 The tonearm is a 22.5cm S-shaped aluminium affair, static-balanced and featuring adjustable anti-skate and counterweight mechanisms. The headshell is supplied pre-fitted with an extremely capable Ortofon 2M Blue moving magnet cartridge, and fits easily to the arm using a bayonet mount. Once it’s fitted, you need only set the counterweight and anti-skate controls to the appropriate levels, level the deck using the adjustable feet, and you’re good to go.

Well, almost. At the back of the chassis are stereo RCA outputs and an earthing post (the necessary cables are supplied, along with some snooker referee-tastic white cotton gloves to keep your shiny turntable fingerprint-free), a switch to turn the “auto-stop” feature on or off, and a socket for the mains adapter.

This is a record player with purity of purpose: no integrated phono stage; no wireless transmission. Your amplifier will need the necessary oomph, or you’ll need an off-board phono stage to sit between the deck and your amp. Something like Cambridge Audio’s admirable Alva Duo preamplifier will do nicely.

You’ve set up the RT85 just so – headshell fitted, tracking and anti-skate weights set (the user manual is explicit with these measurements, which is helpful), chassis level, and suitable connection to your wider system achieved. All that’s required now is to choose an appropriate record and away you go.

To be honest, it doesn’t matter the sort of music you play via the Fluance RT85 – its sonic signature remains absolutely consistent. During the course of this test, I used everything from an expensive Abbey Road half-speed remaster of Brian Eno’s Music For Films to a fairly well-used charity-shop discovery of Love Music by Sergio Mendes and Brasil 77. And the RT85 proved absolutely unshakeable in the way it approached music.

Fundamentally, it’s a poised and balanced listen that puts the emphasis squarely on the vinyl format’s greatest strengths: timing and rhythmic fidelity. It delivers The White Stripes’ White Blood Cells as a unified performance – the interaction between the stripped-back elements of rudimentary drums, overdriven guitar and impassioned vocals is made utterly explicit. 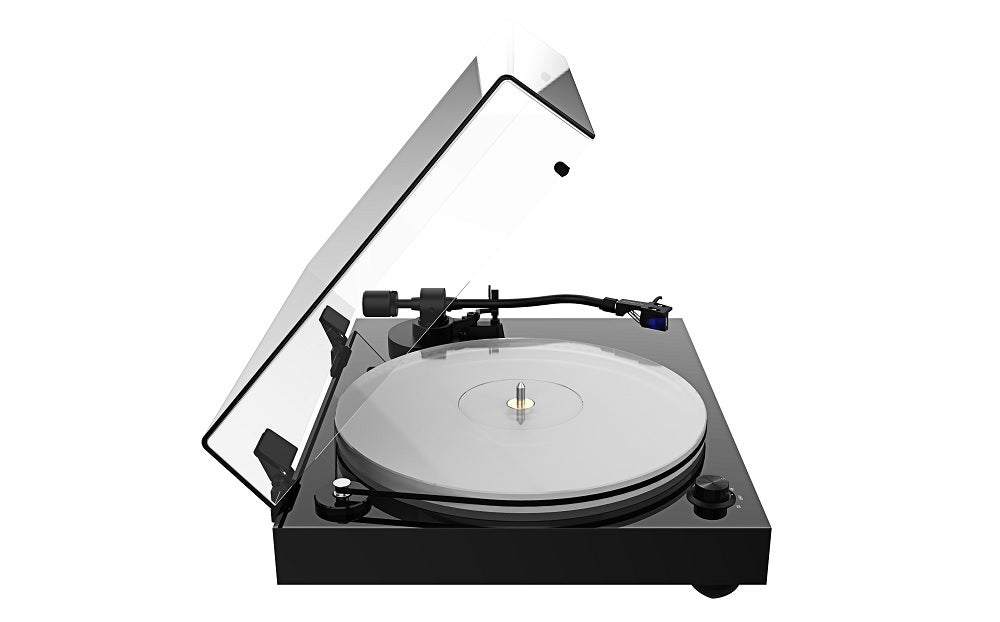 Making these few individual strands of a recording hang together as a single entity, ebbing and flowing with complete affinity, may not sound like the most difficult trick in the world. However, hearing it achieved with real expertise, as it is by the RT85, can make less capable turntables sound mechanical by comparison. There is sinuousness to be revealed in this recording, even in Meg White’s unsophisticated drumming, which can elude less capable record players.

Something like the Sergio Mendes recording, which relies almost entirely on rhythm and tempo to get its point across, is really well served by the Fluance. It manages to lock into a rhythm in the most natural-sounding way, and then allows the music to flow in a believable manner. There’s an almost instinctive correctness about the way the RT85 describes the rhythmic patterns of a recording that can make even those listeners with more than one left foot a dancer.

There’s pleasing weight and texture to the way the RT85 describes low-frequency information – and, for all the warm luxuriousness of its sound, the bottom-end doesn’t overstay its welcome. The attack and decay of individual bass sounds, while not exactly snapped into, don’t slur and don’t hang around. A Measured Room from the Eno album is a stern test of bass speed, and the RT85 doesn’t let itself down. 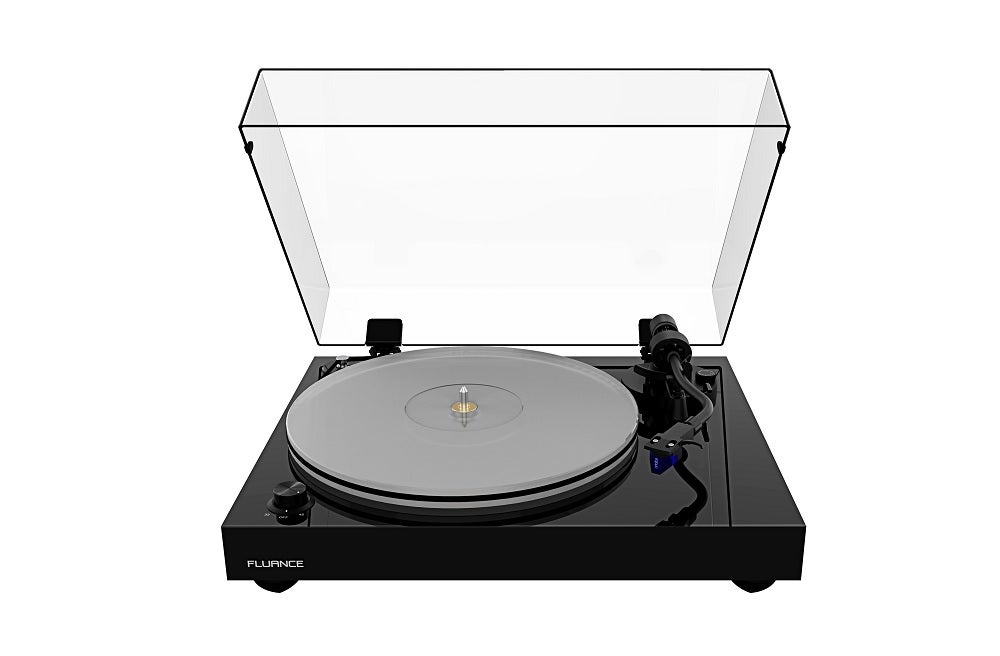 And while the top of the frequency range perhaps lacks that last drop of sparkle, it’s hardly dull. There’s some minor rounding off of the highest treble sounds, certainly, but Bob Dylan’s harmonica on Most Likely You Go Your Way (and I’ll Go Mine) can still make the listener wince. Which is exactly as it should be.

Detail levels in the mid-range are high, which means vocalists as idiosyncratic as Dylan or Jack White sound immediate, and loaded with character. The Fluance communicates with real eloquence. And all this frequency information is integrated smoothly, with the RT85 reluctant to give too much emphasis to any particular area of the frequency range.

The RT85 isn’t the most animated or passionate turntable I’ve heard, though. For all its insight into a recording, and for all its beautifully flowing management of rhythms, there isn’t a huge amount of outright attack here. No-one ever accused The White Stripes of sounding matter-of-fact, but the RT85 can’t quite describe the full levels of bug-eyed assault you know are lurking in the groove of the record. As a consequence, it isn’t the most out-and-out dynamic-sounding record player around. 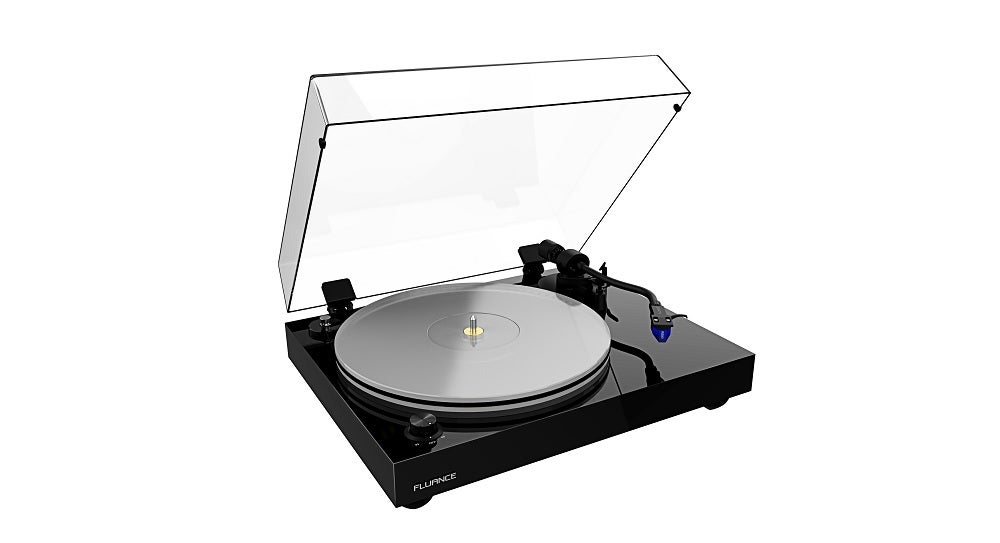 It’s fair to say this kind of attitude will suit many listeners down to the ground, however. A nice warm sonic bath is always a pleasure, after all… But equally, sometimes a turntable needs to be able to handle itself in a fight.

While we’re at it, here are a few words on keeping your vinyl collection in good shape. Even though most charity shops have long since cottoned on to the revival in vinyl’s popularity and have adjusted their prices accordingly, they’re still well worth investigating for those hard-to-come-by records. But the problem with second-hand vinyl, of course, is that it may be dirty, damaged, or both.

The Spin Clean Record Cleaner System mkII can’t do anything about damage, but it can lift the dirt right out of that groove and give even the most unpromising-looking records a new lease of life. That Sergio Mendes and Brasil 77 disc mentioned in the review is a great case in point. Despite having a few scratches and pops, two minutes with the entirely manual Spin Clean and it looked, and sounded, way cleaner than it did before.

Around £90 might seem a lot to pay for what is, in effect, a small plastic bath, some soft brushes and some cleaning solution. However, if you want to bring all your slightly more care-worn records back to life then it’s an absolute bargain.

Should you buy the Fluance RT85?

The Fluance RT85 is a capable turntable, with some areas of genuine expertise – and no-one should confuse “laid-back” for “comatose” where its sonic approach is concerned. But as noted early on in this review, £500 brings some well-regarded alternatives into play…

Rega’s Planar 2 is the obvious place to start when considering options. A sum of £399 buys a slightly less luxurious-looking and -feeling turntable than the RT85, plus manual speed-change too. But it also buys detailed, commanding sound and an extremely capable Rega Carbon cartridge as part of the deal. It isn’t as cosseting a listen as the Fluance, but it’s probably more versatile.

Very similar money brings Pro-ject’s Debut Carbon Esprit into the reckoning, too. Prices start at £399, although there are upgrade options that can bring it closer to the £500 mark. This is a belt-driven unit, fitted with an Ortofon cartridge (the slightly less capable 2M Red, in this instance). In addition, it has a carbon-fibre tonearm, which is more usually the preserve of pricier decks. It’s a more rapid listen than the RT85, but it doesn’t quite have the solidity of sound that the Fluance delivers.