The output signal from a record player is feeble. It’s virtually non-existent. Every other component in your system, whether it’s a CD player, a PlayStation, a wireless stream from a phone, is at “line level” – so they all need pretty much the same amount of amplification to be audible.

A turntable needs a stack more amplification than this to get to the same output level. This is the reason some amplifiers have an input marked “phono” – they’re packing a lot more muscle than all the other inputs.

Some amplifiers don’t offer sufficient grunt. You could buy a new one that does, but it’s likely to be a big upgrade, especially as you might otherwise be happy with your amplifier. So instead, you should buy a preamplifier (or phono stage, as they’re sometimes called). That way, you can get a workable output from your turntable without having to bin off some of your system.

Even by the standards of hi-fi, phono stages tend to be functional, anonymous little boxes. So Cambridge Audio should be congratulated for making the Alva Duo look like a proper – if slightly shrunken – piece of kit. Its metal front-plate looks good and feels smooth, and the slightly offset headphone volume control turns nicely. 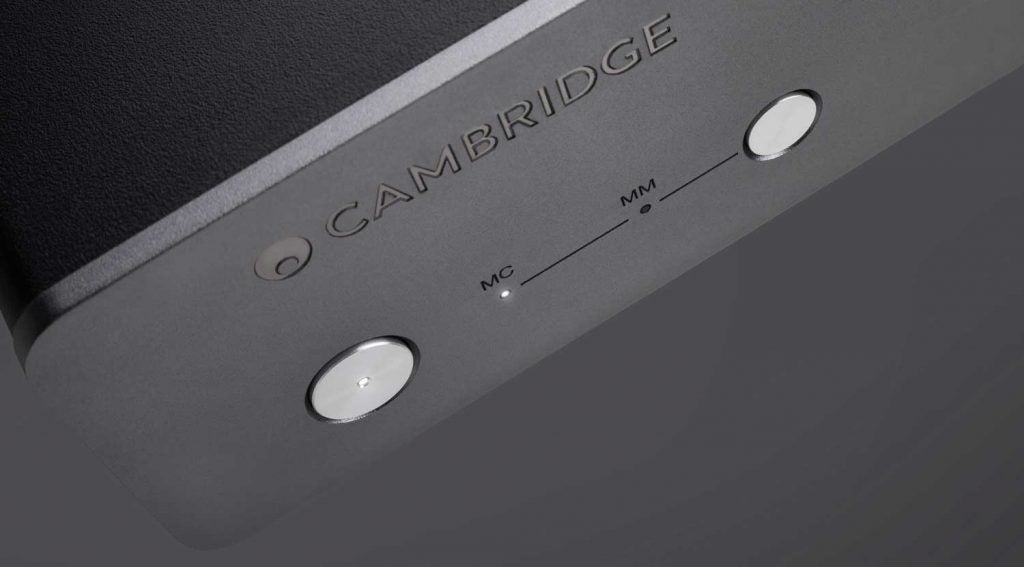 There’s more resistance once you wind it up past the halfway mark, which is a nicely passive/aggressive way of making sure you’re not over-driving your system. The casework is solid and properly put together, even down to three rubber feet on the Audio Duo’s base that keep it still on your rack or shelf.

It’s easy to make a component such as this feel cheap, but it’s difficult to make it look and feel expensive – unless you just make it expensive, of course. Cambridge has managed to keep the price down while making the Alva Duo at least look and feel like a premium item.

Apart from that volume control, the front of the Cambridge has a power on/off button, and a selector for moving magnet or moving coil cartridges (hence the “Duo” in the name) and a 6.3mm headphone socket. So as well as amplifying your records for listening through speakers, the Alva Duo can also facilitate some private listening.

Around the rear there are stereo RCA inputs for your moving coil turntable, the same for a moving magnet variant, and a pair of outputs for connection to an amplifier or (slightly less likely) a pair of powered speakers. There’s a grounding post to prevent turntable hum, a small balance control and an output for mains power.

That’s the lot as far as physical features go. There’s a defeatable auto power-down function, which puts the Duo in standby if it’s been idle for more than 20 minutes, and a subsonic filter. There’s a cleanness and a purity of purpose to the way the Alva Duo is turned out – which is oddly, but definitely, pleasing.

Sitting unobtrusively between a Clearaudio Concept turntable equipped with a moving magnet cartridge and a Naim pre/power amplifier arrangement, the Alva Duo wastes no time in establishing its credentials. It’s a lush, broad-beamed listen, and adaptable enough to be useful in virtually any price-appropriate system.

Switching to Tom Waits’ “Big Black Mariah” highlights the Duo’s slight reticence at the top end; treble information is played safe and a little rounded off. It’s in no way a catastrophic failing, more of a character trait. But if out-and-out attack (especially towards the higher frequencies) is a priority, you’ll need to think long and hard about this Cambridge. 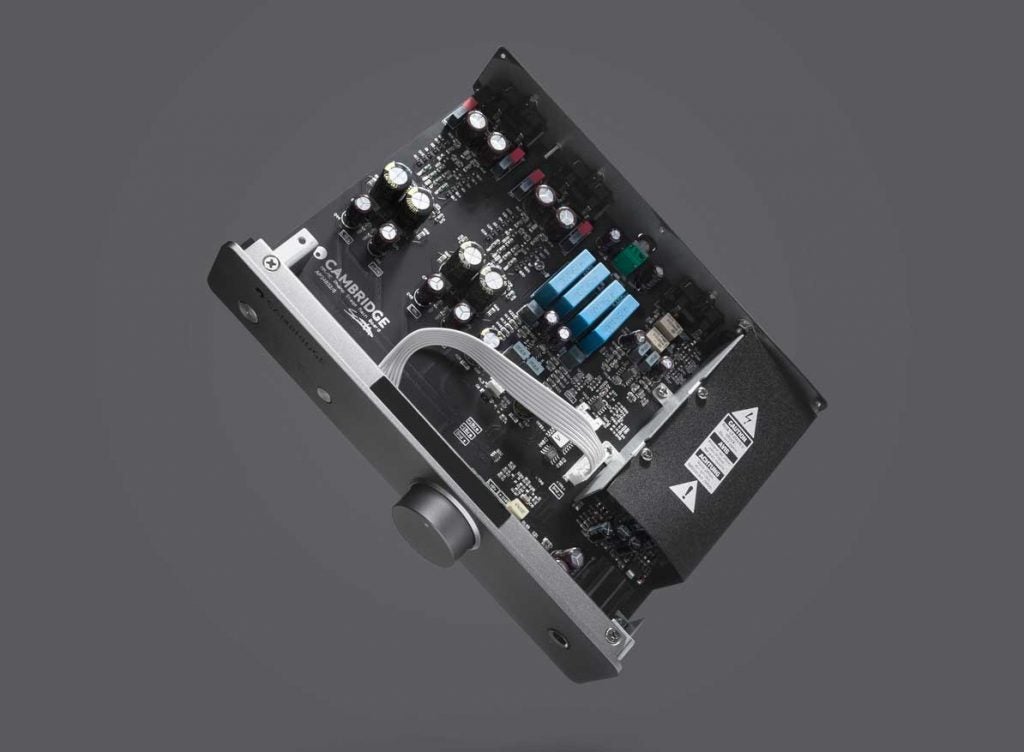 No need to dwell on its dynamic potency, though. The Cambridge positively revels in sticking a load of distance between the quietest and loudest parts of A Tribe Called Quest’s “We The People…”, and it’s a thoroughly entertaining listen as a result. It isn’t the last word in punch, but the tune motors along quite happily nevertheless. It’s presented in an open, spacious and well-defined manner.

It’s a similarly happy story when listening via headphones. The circuitry here is no afterthought – the Duo retains its widescreen, warm character and gives nothing away in terms of timing or dynamism. You’ll most likely need headphones with a good length of cable in order to get comfy while listening, of course; but then you’re going to have to get out of your seat every 20 minutes to turn the record over anyway.

You should buy the Cambridge Audio Duo if…

It’s built and specified well, and it makes good on its specification by turning in a low-noise, high-quality performance that plays to vinyl’s inherent strengths. In terms of detail, dynamic headroom and stereo focus, it wants for nothing.

The Cambridge does a little bit of everything, and it does so while looking and feeling the money’s-worth. If you’ve got a record player you can’t hear, the Alva Duo is for you.

You shouldn’t buy the Cambridge Audio Duo if…

It’s true you can get a little more punch and attack from the Rega’s Fono MM Mk3 (£200), but that has neither headphone amplification nor the tactility of the Duo. Arcam’s rPhono (£320) offers more refinement but, again, it doesn’t have a headphone socket – nor, arguably, quite the dynamic enthusiasm of the Duo either.