The Fitbit Versa Lite is one of the best entry level Apple Watch alternatives on the market. But if you just want a fitness tracker there are better out there.

What is the Fitbit Versa Lite?

Want an Apple Watch 4, but don’t think you’re ready to plonk down at least £279 for a one of the best smartwatches? Then you may want to check out the Fitbit Versa Lite. The Versa Lite Edition is the latest affordable hybrid from Fitbit. It aims to offer newbie/casual gym goers and tech fans with basic smartwatch needs and entry-level hybrid that won’t break the bank – and for the most part, it delivers.

The Fitbit Versa Lite is comfortable to wear and has a pleasant looking case that contains all the core hardware and features casual users will need. Highlights include an excellent display, easy to understand UI and all the basic activity tracking and smart features lightweight users will need.

The only downside is that it doesn’t doesn’t track enough exercises for even moderately serious athletes. Gym bunnies will be better off investing in a dedicated tracker, such as the Garmin Vivosport, as a result. But if you want a basic fitness watch and have modest needs you’ll struggle to find a better pick for £150. 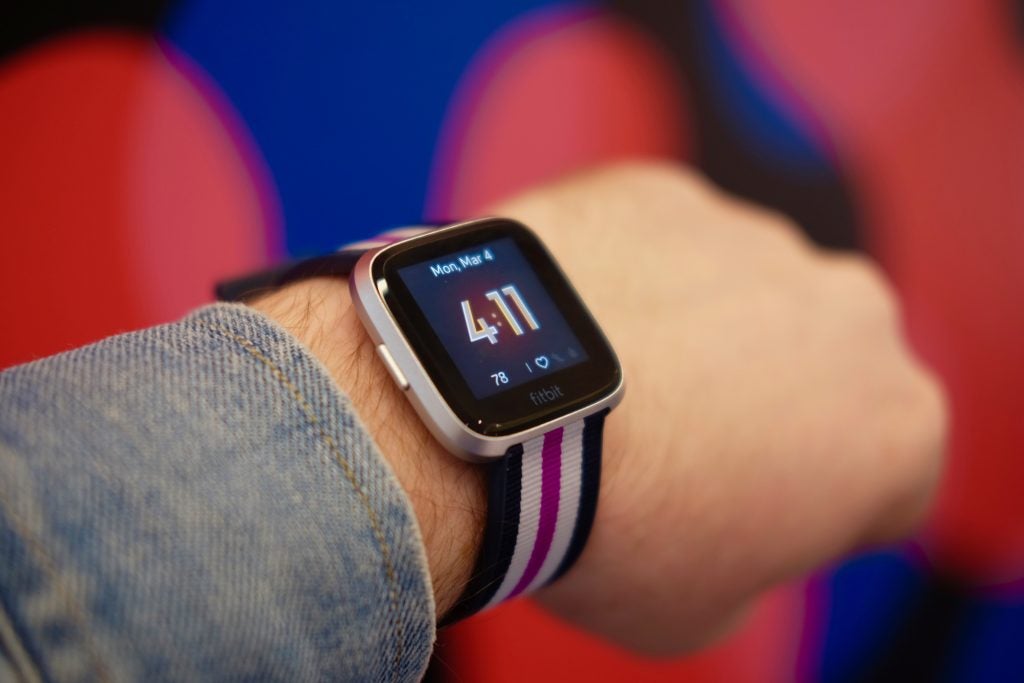 The Fitbit Versa Lite looks like a stripped down version of the full fat Versa. It has a square, slightly Apple Watch-esque, main screen and wealth of customisable strap options. The only difference between it and its more expensive sibling is that it features a single physical control, which acts as the power, back and alternative menu access button.

The design isn’t revolutionary but it marks the Versa Lite as a smartwatch than a dedicated tracker. My only visual quibble about the design stems from my review unit’s bright blue colouring. Some people will like the vibrant colour scheme, but I personally felt it made the device feel a little like a kids toy or a variant of the Fitbit Ace 2. Luckily there are more subtle colour options available so this is hardly a deal breaker.

The Versa Lite also feels surprisingly premium considering its modest price and comes with an excellent touch display. It has the exact same specs as the regular Versa too, which is no bad thing. You’ll get a quote 1000 nits maximum brightness which lets the screen stay legible, even when caught in direct bright sunlight. Colours look wonderfully vibrant, blacks are inky and the touch controls are wonderfully responsive. All-in-all you’ll struggle to find a better screen on a hybrid smartwatch this price.

As a tracker, it comes with most of the bells and whistles you’d expect from a lightweight fitness tracker. These include the standard array of tracking sensors, a PurePulse 24/7 heart rate monitor plus sleep tracking and connected GPS functionality. 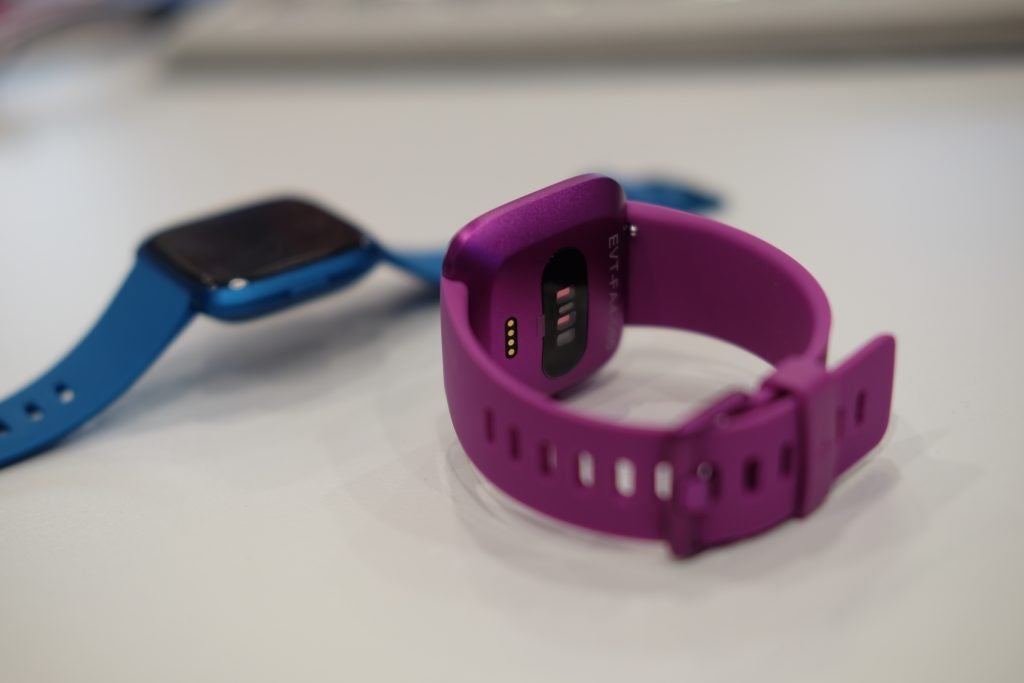 The lack of onboard GPS means you’ll have to lug a phone with you to get accurate distance tracking when running or cycling outside, which is an annoyance when cheaper trackers from Garmin have the functionality. But I can’t see it being a huge issue on the Lite considering it’s being aimed at the more casual market.

Unlike the standard Versa, which has space to store and play 300 songs locally, the Lite doesn’t have internal storage space. This means you’ll need to carry a music player or phone with you if you want your workout to have a soundtrack.

The complete lack of an altimeter sensor, which tracks elevations is a bigger omission that will impact hill runners and hikers and feels like a move to push more serious buyers up to the pricier Fitbit Versa.

The 5ATM water resistance rating means you’ll be able to wear it in the shower and won’t have to worry about getting caught in a downpour mid-run. The quoted four day battery life also rang true with regular use during testing. Regular use entailed tracking 10 minutes of free weights and 20 minutes of indoor cardio every morning, plus sleep and heart rate tracking with notifications turned on.

To be clear, if you want a dedicated tracker that’ll help you radically improve performance you can get more for your money. The Garmin Vivosport costs nearly £50 less, has dedicated GPS and an altimeter plus it tracks a multitude more activities than the Versa Lite.

But if you’re a casual gym goer, runner or cyclist then the Versa Lite is an excellent choice and perfect entry point into the world of fitness trackers and smartwatches. This is because simplicity oozes out of every aspect of it. Both the watch interface and Fitbit smartphone app have been designed to be as easy to use and understand as possible.

The main main UI uses basic swipe left and right touch commands to let you scan through the watches services, which include basic activity tracking for running (indoor/outdoor), cycling (outdoor only), walking, weights, interval training and general cardio. There’s also a useful relaxation feature that helps you moderate your breathing, a general timer, a link to the popular Strava fitness tracking app, and alarm and weather apps installed out of the box.

A long press of the physical control on its side brings up quick access to notifications, screen wake and music controls. The interface is the easiest to understand I’ve used on a wearable. Notification alerts also work out of the box and bring up quick alerts for incoming messages from everything from Gmail to WhatsApp. The main UI also features easy to understand tracking metrics for your current step count and heart rate that start working the moment you power it up.

The smartphone app is equally easy to navigate featuring a simple tiled UI that grants a quick access view of how you’re sleeping, active goals, diet and activity history. These are all the things someone starting out a new regime or just getting into exercising needs to start tracking their progress.

If you want to add to its smartwatch functionality, the app also has an easy to understand marketplace that makes it quick and easy to install new services onto the Versa.

The app library isn’t as big as the Apple Watch’s but most of the key players are there. You’ll find everything from Starbucks rewards apps to Philips Hue controllers in the store – though be warned the Versa Lite Edition doesn’t have NFC so you won’t be able to uses it to make payments.

As trackers go it’s also pretty solid. Once you pick a workout the Versa Lite snaps into action and makes it easy to see when it’s locked a connection with your smartphone’s GPS. Running around a track I know is roughly 5.3km the readings were generally uniform and, outside of a few blips the heart rate readings looked accurate. The lack of elevation data was the only shortcoming.

So far so good? I thought so. But there are issues that will stop the Versa Lite appealing to everyone. The biggest of these is how locked down it is. It’s close to impossible to get even basic tracking for anything other than the installed libraries. Putting aside multi-sport workouts, this means you won’t even be able to track swimming laps with the Versa Lite, which is a serious shame considering the fact it is water resistant.

Out of the box, you also won’t be able to dig into key performance data including intensity minutes, training effect or VO2 Max estimates. Being fair to Fitbit these metrics are generally hit and miss on cheap trackers, but they are all key bits of data even moderately more expensive sports watches offer.

I’m also a little sad to see Fitbit’s removed its guide workout/coaching services from the Versa. These weren’t ever going to be for hardcore athletes, but they were a great feature that made it easy to have a quick 20 minute cardio session while traveling or in situations where it isn’t possible to get to the gym. 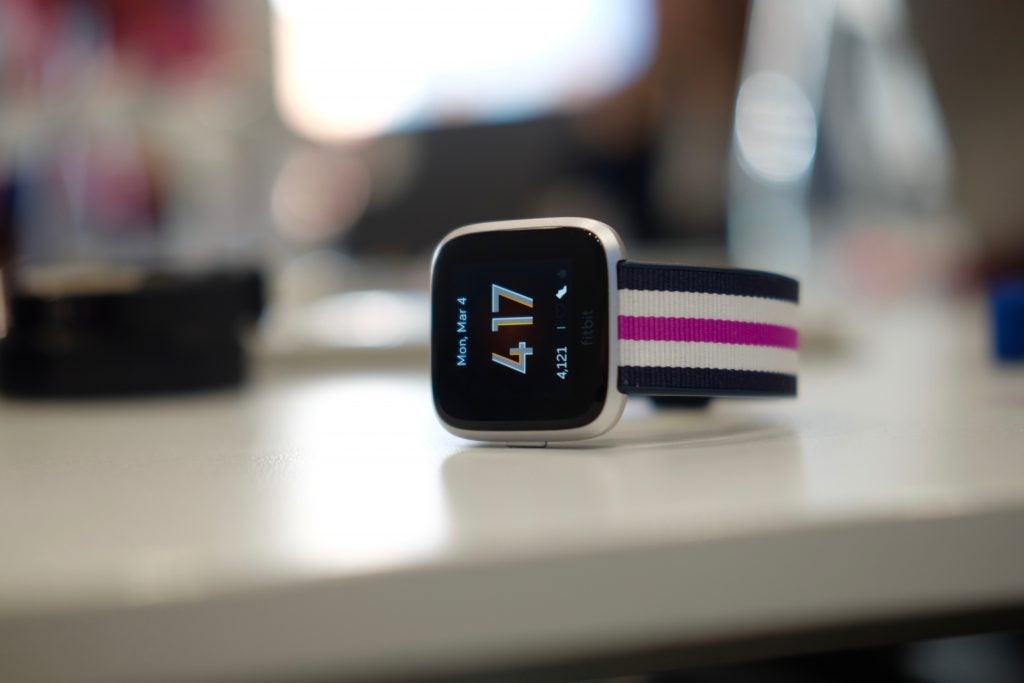 Should I buy the Fitbit Versa Lite?

If you only have basic needs and are looking for an affordable alternative to the Apple Watch then you could do a lot worse than the Fitbit Versa Lite. For £150 you get a capable smartwatch and fitness tracker that gets all the basics right. For other Fitbits, see our best Fitbit list.

If you’re a serious athlete its stripped down feature set and a limited portfolio of activity tracking options will be a problem. These people would be better off investing in a dedicated tracker from the likes of Garmin, like the Vivosport, which has a more developed set of activity tracking services and sensors. If you like the Versa design but want the swim-tracking