Thanks to the addition of GPS connectivity and a SpO2 sensor, the Fitbit Charge 4 is an excellent fitness tracker that will meet any entry-level or semi-serious athletes needs.

For years Fitbit’s Charge line has been an excellent option for casual joggers and semi-regular gym-goers looking to take their workout to the next level.

But, their appeal to even semi-serious athletes has been hampered by one key shortcoming: they don’t have an in-built GPS. This omission has always had them play second fiddle to Garmin’s Vivo-line, which in-built GPS connectivity lets them offer more consistent distance tracking, without being tethered to a phone.

Enter the Fitbit Charge 4. Featuring an internal GPS tracker plus a selection of more advanced training metrics, the Charge 4 is one of the best fitness trackers you can get at this price and a solid choice for entry-level and semi-serious athletes.

Its lack of application support and local music playback stop it being a ‘shut up and take my money’ purchase, however. 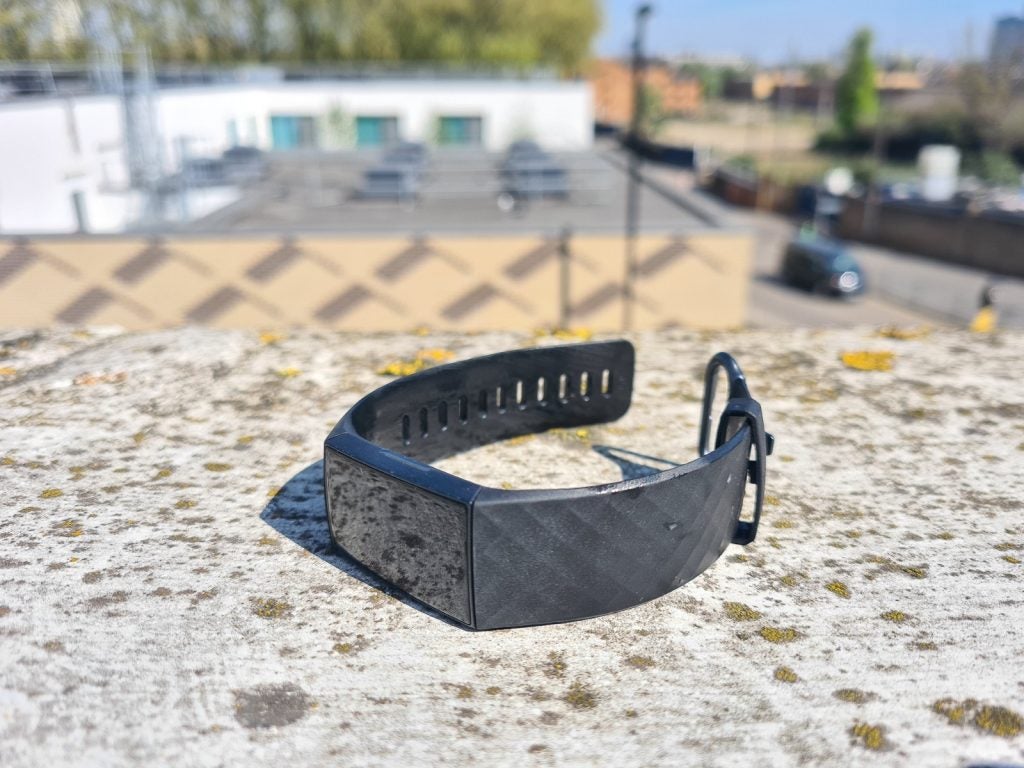 This means you get a wonderfully discrete and light wearable consisting of a small rectangular black and white OLED screen and side facing inductive control button. For fashion-conscious folks, there’s also a wealth of strap options. These include woven and rubber finishes.

Some may bemoan the lack of design changes, but I’m personally a big fan of the black version’s discrete look. The small screen and thin dimensions make it comfortable to wear and unassuming enough to be worn outside the gym.

It also ticks all the right boxes when it comes to usability and functionality. The device has the same 50ATM water resistance as its predecessor, which means it’s more than tough enough to survive aquatic adventures at depths up to 50 meters.

The interface and setup are also as easy as ever. All you have to do is download the Fitbit app to your phone (iOS and Android) and follow a series of on-screen prompts to paint the Charge 4 with your account. After that, it downloads any outstanding software updates you’ll be good to go.

The watch’s interface is similar to what you’ll find on most sub-£200 trackers and offers similar services to the Garmin Vivosport. You can check your current heart rate, step count and other basic metrics by swiping up and down on the touch screen and jump to the app and exercise menus by scrolling sideways.

The left-facing inductive control acts as a back button and gives the same, pleasing haptic feedback, to let you know when it’s recognised your input. The only times I’ve had issues with the system is when trying to use it in the rain. Running in even moderate drizzle the touch screen would on occasion go a little haywire and refuse to recognise my commands.

This aside, the app and smart services on offer are in line with Fitbit’s Garmin competition. You’ll get basic notifications for incoming alerts and messages plus apps for calendar and weather. The services work well enough, but if you want more smartwatch functionality, you should look elsewhere.

You can do some basic customisation, like tweaking the watch face, in the mobile app, but the options are minimal. Unlike the Fitbit Versa 2, you can’t install extra apps or features from the already limited Fitbit OS library. The Charge 4 also doesn’t feature any local music playback functionality. The only thing you can do is use it to control Spotify Premium audio streaming from your phone.

The lack of local music is semi forgivable considering the fact it’s still a rarity on most £130 dedicated trackers. But the fact it doesn’t have control options for any other music service or player outside of Spotify is a key annoyance that could be a deal-breaker for people with local music libraries or subscriptions to other streaming services. The lack of general music controls is particularly unforgivable as Garmin’s Vivo-line has offered the functionality for years.

However, Fitbit Pay, the firm’s NFC payment service, does partially make up for this. Though Garmin Pay on paper offers equivalent functionality, the number of UK banks supporting Fitbit’s service is significantly higher, making it a more compelling feature for most buyers. 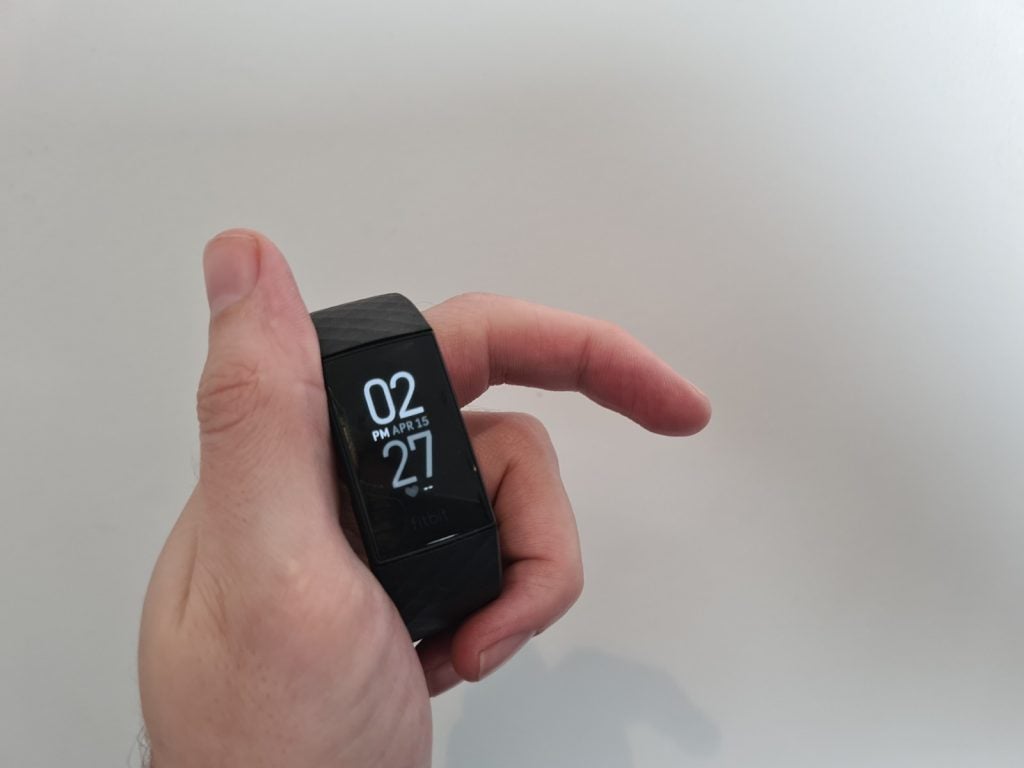 The list of sports the Fitbit Charge 4 can track isn’t the largest I’ve seen, but it covers all the basics. Out of the box you’ll see options for running, cycling, walking, cardio and treadmill jogging. Outside of this, you’ll also see basic wellness features for things like guided breathing.

This may sound fairly by-the-numbers, but what makes the Charge 4 great is how well it collects and presents data to its user. Unlike the likes of Suunto and Garmin, which track everything but don’t always present post-workout data in the most intuitive way, Fitbit’s interface manages to somehow offer reasonably detailed breakdowns of your progress, without ever getting confusing.

I’m a particularly big fan of the new “Active Zone Minutes” metric Fitbit’s debuted on the Charge 4. Fitbit’s made a load of claims about the metric being an amazing new way to track your progress, but with real-world use, I found it’s similar to Garmin’s intensity minutes.

It creates a profile of your average heart rate and uses it to track when you’re getting the most out of your workouts. It then sets you automated goals to accrue a certain number of “Active” (peak performance) minutes each week.

This plus the newly added SpO2 sensor, which estimates blood oxygen levels – a key metric used to measure performance improvements – let the Charge 4 offer more in-depth post-workout analytics than its predecessor and makes it a valid option for semi-serious athletes.

The in-built GPS also works well enough. Though the chip used isn’t as snappy, or quick to connect as the ones seen on more expensive trackers, like the Garmin Fenix 6, once it establishes a link to a satellite, distance tracking is solid. Testing it against the Fenix 6, on a track I know is roughly 5.1km I never spotted any inconsistencies in the distance between the two.

The only slight downside is that the Charge 4 doesn’t support GLONASS or Galileo. Fitbit reportedly chose not to set the Charge 4 to run on GLONASS – Russia’s global positioning satellite system – despite the GPS chip being compatible due to concerns the feature would impact battery life. Galileo is Europe’s growing new satellite network. Though it’s not fully running yet, the network promises to be far more accurate than GPS when it’s fully finished, so the support would have been a nice touch giving the Charge 4 an element of future-proofing.

Outside of this heart rate tracking was reliable and never threw up any serious anomalies, making me feel the new Active Minutes metric is at the very least consistent. Though as always if you want the best heart rate monitoring, you’re going to want to invest in a dedicated HRM strap.

For newbies, the Charge 4 also comes with a wealth of great features, thanks to the included 90-day Fitbit Premium subscription. The service normally costs £7.99 per month and grants you access to a wealth of guided workouts. These include Yoga, spinning and cardio routines that can be done either indoors or out. Considering the ongoing lockdown, the service is a great bonus for people who don’t have dedicated equipment to keep fit at home. 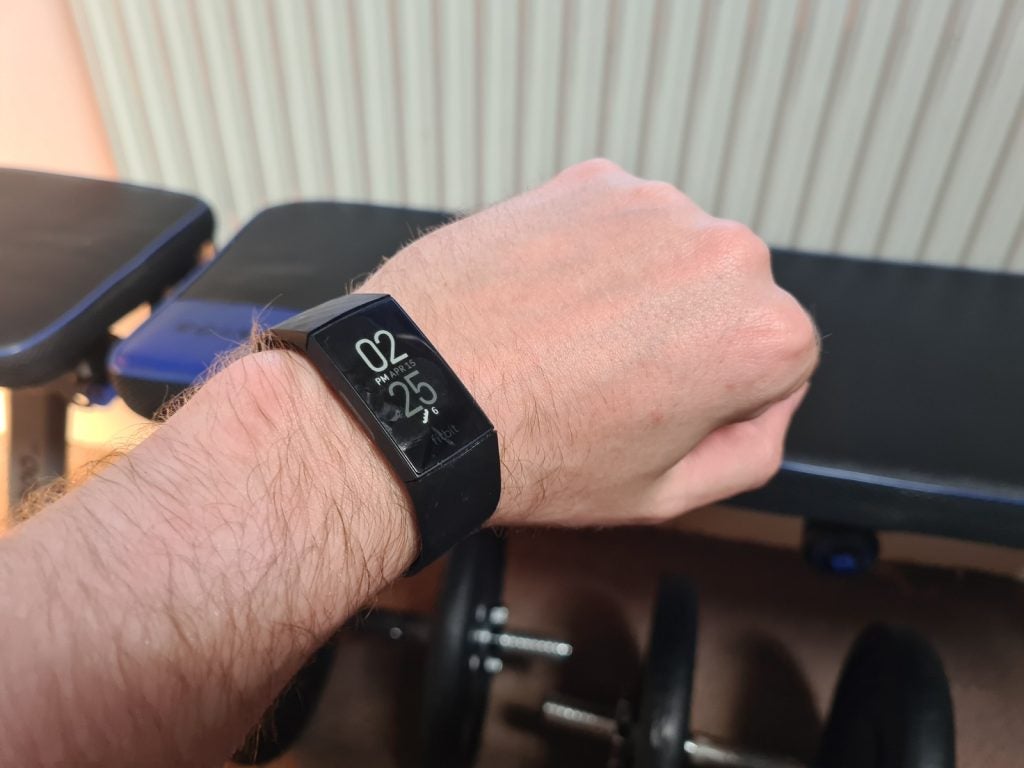 If this wasn’t enough to tempt you, I’m pleased to report the Charge 4’s battery life is excellent. The Charge 4 comes with a quoted 7-day battery life. With testing, I found the quoted life is accurate, so long as you don’t use the GPS connectivity too much.

Using the Charge 4 as my main tracker and smartwatch, I easily got around 5-7 days regular use out of the tracker. This included checking incoming notifications, tracking my 30 minute morning workout without GPS and two lunch runs over the week with GPS on.

The Charge 4 is one of the best Fitbits on the market. Its GPS connectivity, easy to read interface and surprisingly deep tracking makes the Charge 4 an ideal training partner for any newbie gym-goer or runner looking to take their workout to the next level.

The only downside is that its lack of local music playback means runners will need to lug their phone with them if they want a soundtrack.