Over the years, I’ve worn a whole raft of Fitbit trackers and so have seen many of the changes that the app has undergone. One area the company should be applauded for is updating its app with new features and improving the interface. It’s really evolved over time to be clearer and now provides far more engaging features. 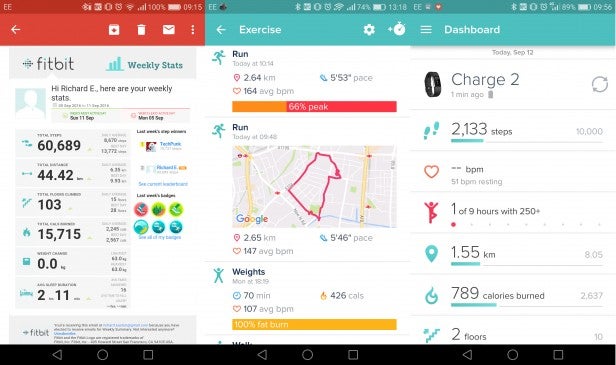 The dashboard provides plenty of at-a-glance information on your day, from the time asleep as mentioned above, to floors climbed, steps taken and distance covered. You can jump into each sub-menu for more detailed information, with everything logically laid out. The Cardio Fitness score is tucked away behind the heart rate reading, for instance, and the continuous heart rate readings graph is easy to understand.

There are also areas where it’s possible to log your food and water intake; useful if you want to have an overview of everything from activity to nutrition as well. 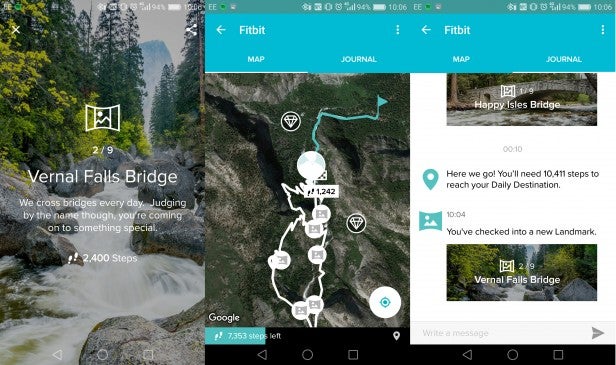 New to a recent update are Adventures, which are found under the Challenges menu. These are virtual tours of famous locations, such as Yosemite National Park. By getting in extra steps, you unlock content along the route,  including facts and photographs of landmarks that you can view using the gyroscope in your phone.

It’s a nice touch, and gives you the extra impetus to be more active. They’re particularly great if you don’t like the idea of competing against friends, but would rather do something on your own.

There are, of course, the standard leaderboard challenges if you do want to go step-for-step with friends. You can opt into day challenges or longer ones, such as Workweek Hustle. You receive updates towards the target in a timeline, so you can see how you and your friends are doing.

You can also “Cheer” the updates, similar to a “Like” on Facebook. It’s a nice social element. There’s also a 7-day steps leaderboard, so you can see how you compare over time. 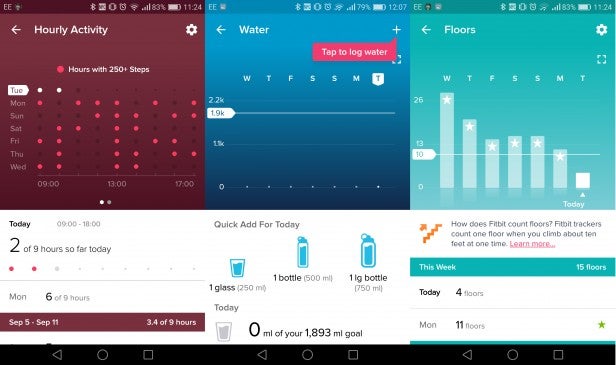 If there’s one complaint about the app, for me it’s the lack of guidance. I’d love for Fitbit to take a leaf out of Jawbone’s book with its Smart Coach feature, which lets you know how all of the data can affect your wellbeing and health. It provides useful prompts – such as staying better hydrated, or explaining how going to sleep 30 minutes earlier might have a positive impact, then offering to set you a sleep reminder. 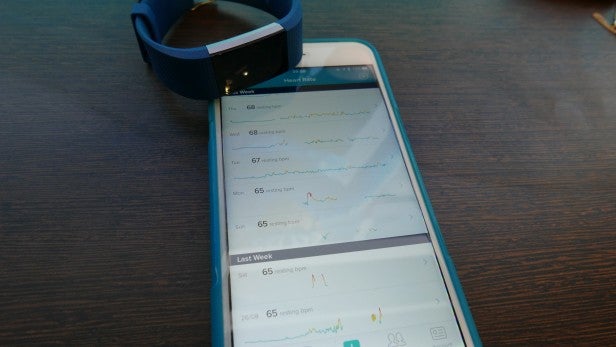 You do get the occasional notification to tell you how well you’re progressing towards your goal, but actually having this in the dashboard would be better, since it’s easy to ignore or dismiss the notifications. You can opt into weekly progress emails as well. 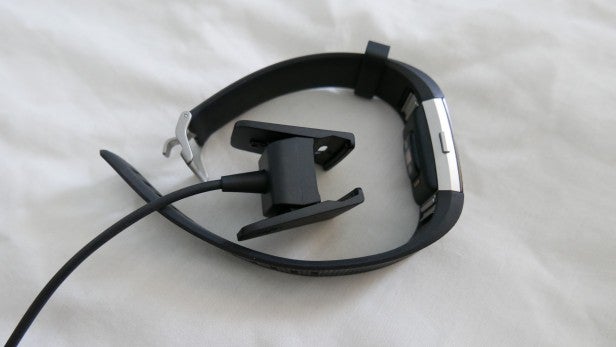 Battery life is rated at around five days, which is about right. A major improvement over the old Fitbit Charge is the new “clamp-style” USB charging cable. This locks around the tracker on both sides and makes orientating it much easier, ensuring it stays connected. The old Charge had a connector that plugged in directly and therefore could easily become dislodged. You’ll get a notification and an e-mail to let you know the Charge 2 is running low on battery.

Should I buy the Fitbit Charge 2?

The distance, step counting and heart rate measurements, while perhaps not the most accurate, are consistent enough to prove useful. Combined, they do give you a measurable way to track your progress. The new Cardio Fitness score, too, is a useful metric. The Fitbit app has also come on leaps and bounds in providing motivation, but there remain areas where it can be improved.

There’s nothing really revolutionary about the Fitbit Charge 2. It’s very much an evolution of the Charge where styling has taken centre stage. The new customisation options will appeal to the sartorially inclined, but potentially there aren’t enough new features to make it a must-have upgrade if you have the old model. Especially since the Breathe mode feels like a gimmick.

The real disappointment is the lack of waterproofing. The Charge 2 is only water-resistant, unlike the other new Fitbit addition, the Flex 2. So while you can wash your hands wearing it, you definitely can’t go swimming with it on. You’ll have to take it off to shower as well, which can prove disruptive. Ideally, a fitness tracker is something you want to put on and only ever take off to charge. Every time you take one off is one more chance you’ll forget to put it back on, nullifying its purpose.

Connected GPS is an improvement over the old Charge and Charge HR, but it’s still not an ideal replacement for a dedicate GPS sensor built directly into the tracker.

A wearable such as the Fitbit Charge 2 will never be able to compete on accuracy, especially against expensive tests such as a VO2 Max. What you’re instead looking for is reliability, and this is where the Charge 2 does well. In the end, if you want a HRM-equipped everyday fitness tracker that you can dress up or down, the Fitbit Charge 2 is still a good all-rounder.

The Fitbit Charge 2 is an improvement over the original, but it doesn’t really bring a whole lot new to your wrist.