The Fitbit Ace is Fitbit’s first fitness wearable for kids, aimed at youngsters aged eight years and up. It isn’t that kids don’t use Fitbits – they’re seen as a must-have by many teens and pre-teens – but for child-safety and privacy reasons, children under 13 aren’t meant to use the bands or the accompanying app. The Ace is different; it’s designed specifically for younger users, working in conjunction with a new Family Account feature in the Fitbit app.

Physically, we’re looking at a device that’s identical to the existing Fitbit Alta, but with a smaller band that can fit wrists between 125mm and 161mm in circumference. This should cover most kids in the 8-13 age range, but those with bigger 12-year-olds might want to think about the Fitbit Alta (which will work with same software and family features).

Even our test subject – my 12-year-old daughter – is only a couple of buckle-holes away from being too big for the Ace. Interestingly, you can replace an Ace band with one made for the Alta, so you don’t necessarily need to dump the Ace and upgrade when your child grows. 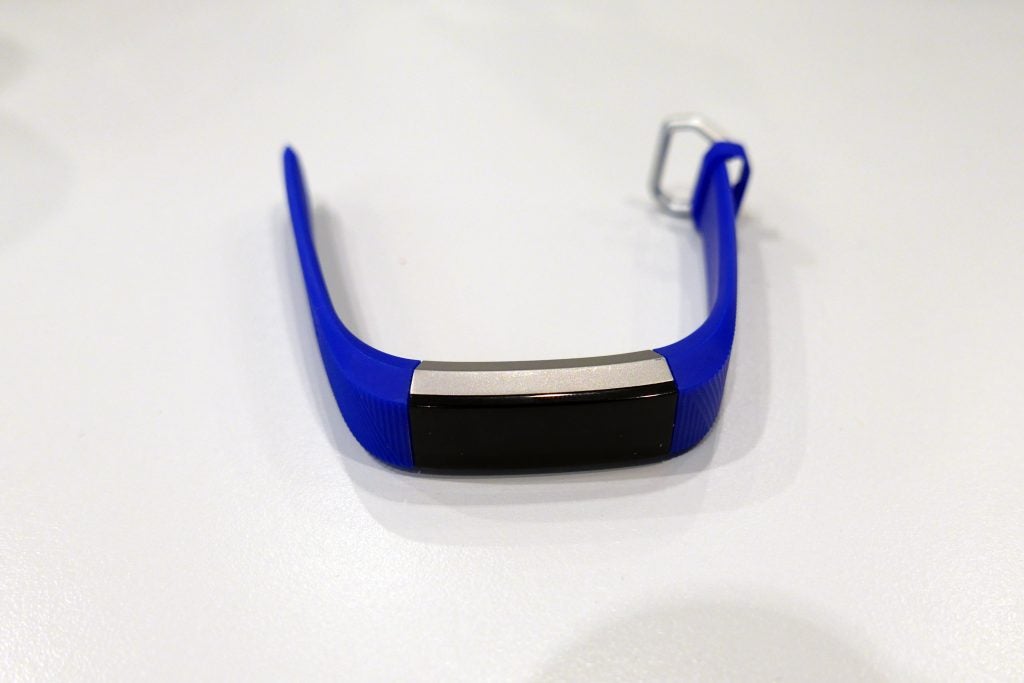 If you’ve ever seen an Alta then you’ve pretty much seen the Ace. It’s a lightweight and discreet fitness band with a stainless-steel body and matching clasp, attached to a flexible elastomer wristband.

It’s showerproof and super-light at just 15g, not to mention comfortable. Our tester is pretty sensitive to watches, bracelets and bangles, but she’s been happy to wear the Ace all day, every day. Fitbit knows what it’s doing with the ergonomics and the general feel.

The Ace comes in two colours, a royal blue and a purple, neither of which is particularly exciting – although older kids are likely to appreciate the lack of telltale signs that this isn’t a standard Fitbit band. While younger children might prefer something more poppy or with licensed characters all over it, the resemblance to a grown-up Fitbit is a good thing for the pre-teen crowd.

The main feature is the tappable 128 x 36-pixel resolution OLED display, which shows any one of 10 ready-made watch faces plus any messages and updates the Ace puts out. It’s compact and simple in appearance, but also very easy to read – even in bright daylight. You can switch between the various views just by tapping firmly on the screen; this takes a little getting used to if your kids are more used to swiping. 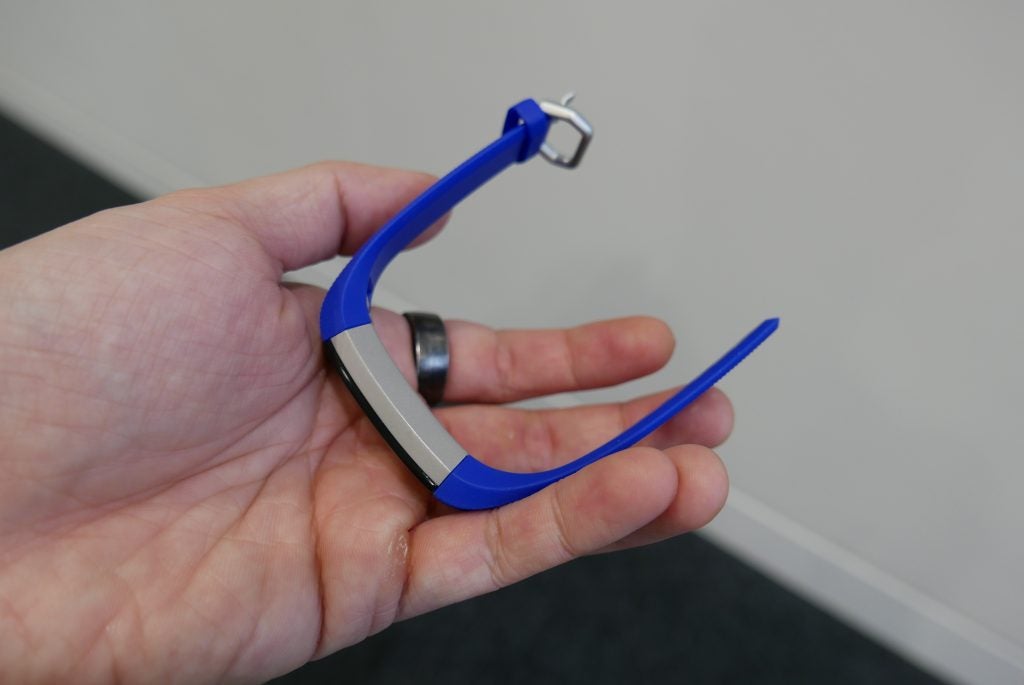 The watch faces are more functional than exciting – there’s only so much you can do with a handful of characters – and I suspect many will choose the most basic option with the time and number of steps. One thing kids love, however, is the fireworks display they’ll see onscreen on hitting their steps or minutes goal. Hell, I get excited when it happens on the Fitbit Charge 2 I’ve been wearing.

The screen isn’t the only means by which the Ace provides feedback and messages. As with Fitbit’s adult models, there’s a built-in vibration motor used to give your offspring a nudge when they’ve hit a milestone, or to urge them to get up and do something.

In addition, you can use this for silent alarms to wake them up or – who knows? – remind them that you’re waiting downstairs and would like them to click off YouTube within the next ten minutes and come down so that you might actually get out for the day.

Setting up the Ace and your child’s account is a little different from other Fitbits. As a parent or guardian, you’ll need to install the app on your own device, set up an account (if you don’t already have one) then create a Fitbit Family Account for your child.

Thereafter, you can switch between the Parent’s View and Kid’s View on the app or install the Fitbit app on their device (if they have one) and switch it to the Kid’s one there. We’ll go into more detail on what this means for the whole experience below. 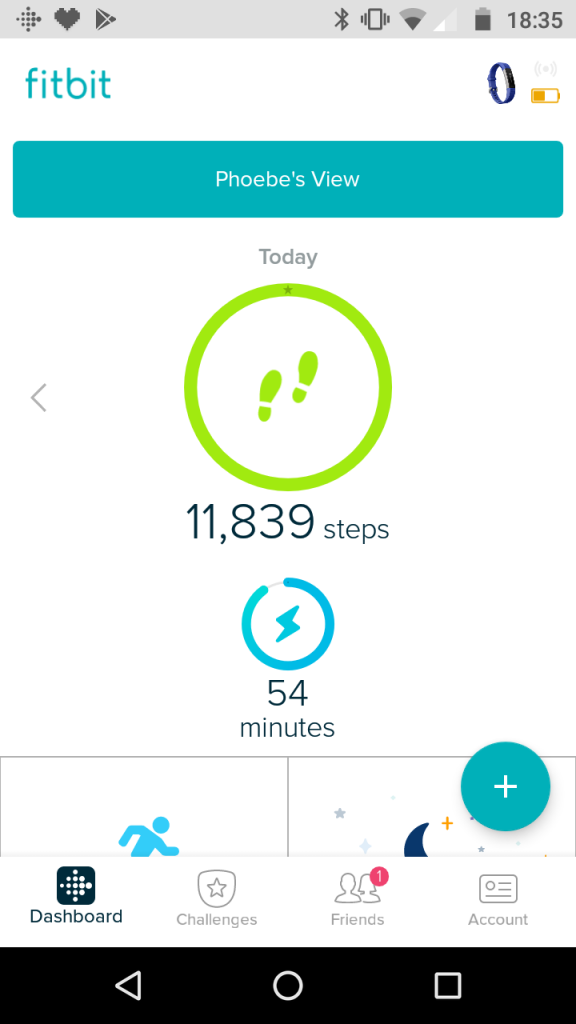 Like the Alta, the Ace uses a three-axis accelerometer to track steps and other activities. As you might expect, there’s no heart-rate monitor or GPS here. The Ace will track steps, active minutes and sleep stats (if they wear it to bed), reporting back to the app so you and the wearer can watch the steps and minutes building up.

Between them, the Ace and the app will track steps and active minutes without any intervention, but you or the wearer can also tell the app when the person is doing something active and record their efforts.

The step-tracking is as accurate as you’d expect from Fitbit; maybe a little generous here and there, but generally in the right ballpark. The sleep-tracking seems pretty good, too, picking out periods of deep sleep and restlessness – although (in the interests of transparency) this was the one area where our tester didn’t want to play ball, taking the Ace off most nights before settling down. Not being a total monster, I didn’t insist.

So far, so Fitbit, but it’s really the software side of things that makes this device special. It’s actually less a case of what’s been added than of what’s been removed.

As far as the Kid’s View goes, it’s possible to track steps and active minutes, and adjust goals for both upwards and downwards, track an exercise, or check out sleep patterns. Kids can also kick off the solo virtual-hiking challenges and group activities you’d find in the regular Fitbit view.

Kids are rewarded for hitting objectives with specially created, child-friendly achievements, and they can share those with you or other friends and family members you’ve added to the Family Account.

What your kids can’t do is join in any of the wider social stuff, or take part in any over-arching fitness programmes. There are no feeds, no groups to join, and no mechanisms for adding new friends to the friends list; they can only interact with people attached to your Family Account. 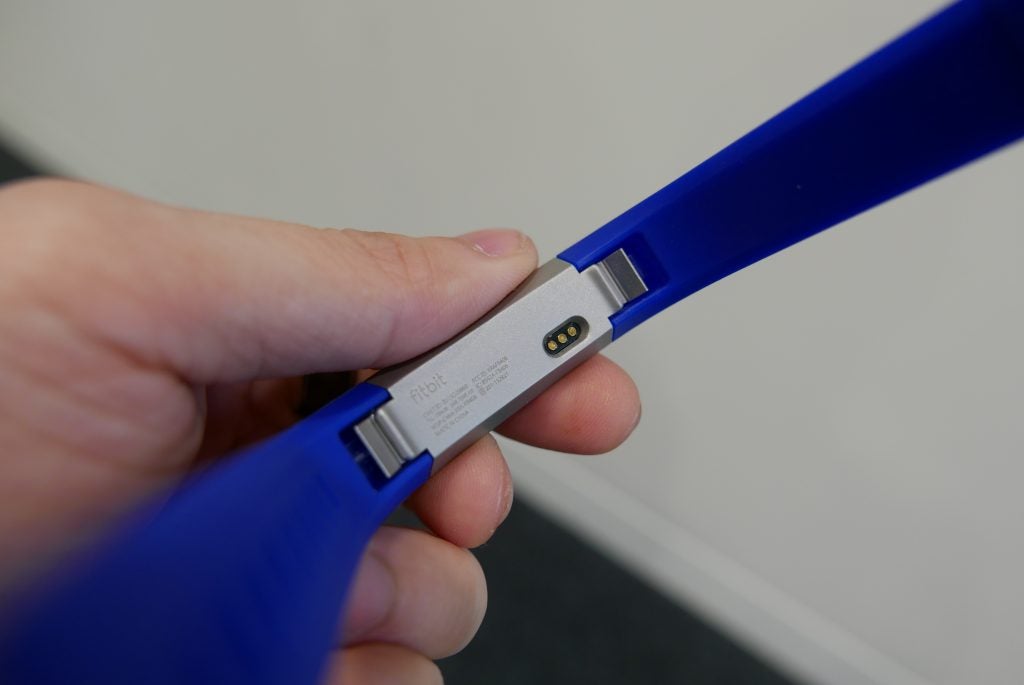 Note, too, that neither are there any stats for calorie burn or body fat, so they can’t get caught up obsessing about such things.

Fitbit might have erred on the side of caution here – your kids might want to challenge Fitbit-owning friends or share achievements, but can only do so if you add them to your Family Account, and you probably won’t be so keen on that. However, on balance this might be the right call. Friendships can be volatile, and do you really want your offspring getting involved in a steps-battle with their besties? The approach also keeps things simple at their end.

There isn’t much complexity at your end, either. From the Parents View you can get a quick update of your child’s progress, send them messages, applaud them when they hit a goal, or push them to get a move.

You can also switch to the Kid’s View if you want more detailed info or to set alarms – including alarms to remind them that bedtime is imminent, or alarms to wake them up (not that they’ll thank you for either).

If the whole family is kitted out with Fitbits – the Fitbit dream – then you can track everyone’s step standings and view family leaderboards through Fitbit’s weekly emails and the web-based dashboard.

We only have two in ours, but since our tester is currently queen of the leaderboard, it’s a pretty good motivator. And, as parents, we can check she isn’t going step-crazy. 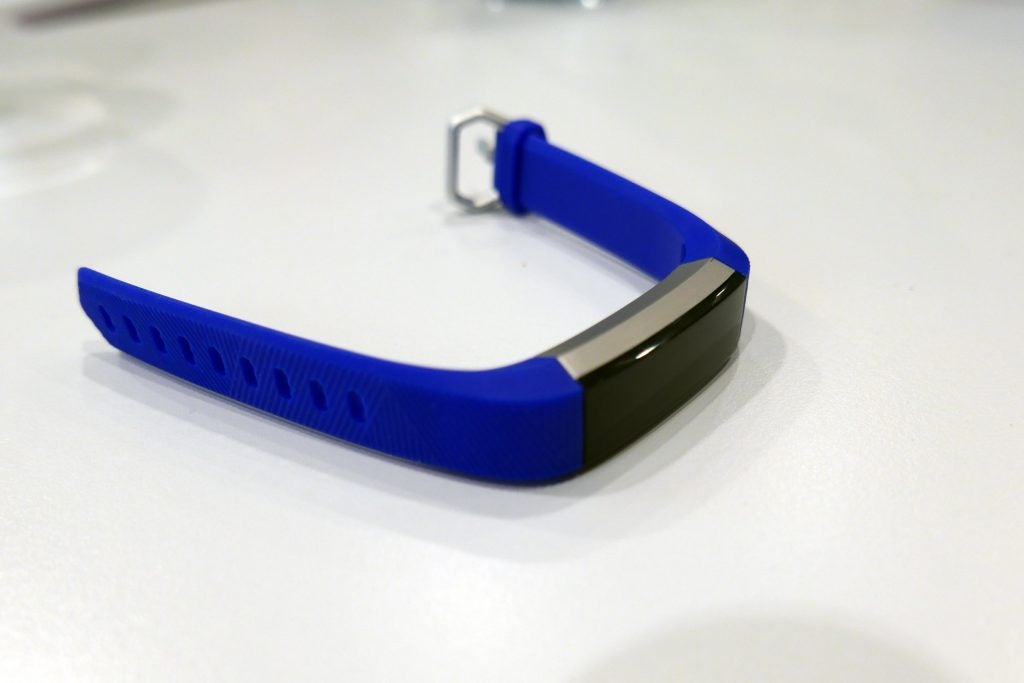 The only real grumble is that the challenges seem to be the same ones you’d find in the adult app. Some more fantastic or fun challenges aimed directly at the audience would have been welcome.

Adults struggle with a fitness band that requires frequent charging, and you can double that for busy kids. Luckily, the Ace lasts for around five days without the need for a recharge.

When it does need one, it recharges within two to three hours using a clip-on USB attachment, so your offspring never have to do without their band for long.

Why buy the Fitbit Ace?

There are always going to be some questions over fitness bands for kids, particularly when there’s so much peer pressure so young about image and general sportiness. Nevertheless, the Ace hits a pretty good balance. The family focus keeps parents in control while encouraging some cheerful competition inside the family rather than outside.

On a personal level, I like that using the Ace is encouraging my daughter to get more active and go for her step goals without pushing her too hard, or making her feel downbeat when she doesn’t hit the mark (the fact that she’s usually beating her dad on the five-day steps challenges usually helps). It’s become a fun thing we’re in together rather than something I’m getting her to do.

The Ace looks and feels like a grown-up Fitbit, with Fitbit having thought carefully about child safety and making fitness fun, not a pressure. On its own it won’t drag the kids away from slime-making, YouTube and Fortnite, but with the right support from you it might just help.