In action the 55UT3EC320S-T fares solidly for such an affordable 4K UHD TV. However, at the same time it doesn’t give the 4K world’s star performers much to worry about.

Starting with the good stuff, the 55UT3EC320S-T’s upscaled HD pictures look sharp and detailed. Its processing does a surprisingly solid job of remapping HD content to its native 4K pixel count without creating messy results or exaggerating source noise. 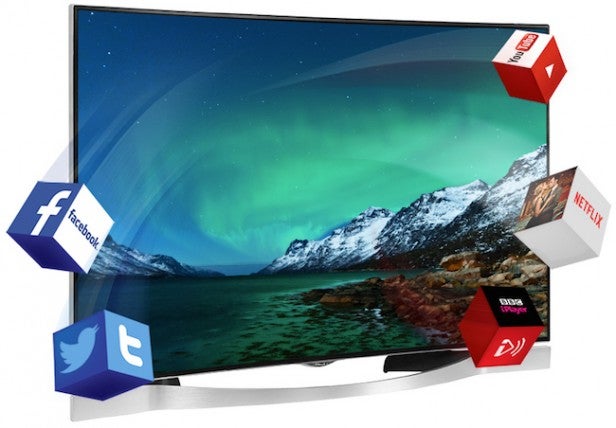 Further evidence of the 55UT3EC320S-T’s respectable processing engine can be seen in its handling of motion. Using the default motion settings, the TV does a strikingly decent job of reducing judder in the image without causing excessive side effects.

There’s a little blurring with really fast-moving objects, as well as slight shimmering around the edges of moving objects with the processing active. But with typical (non-sport) TV content, the pros of using the 55UT3EC320S-T’s motion processing outweigh the cons – unusual for a budget TV.

So long as you’ve followed our earlier advice and treated the auto backlight and dynamic contrast features with caution, you’ll find that Finlux’s curved screen doesn’t suffer as many light inconsistencies as might have been expected for the money. 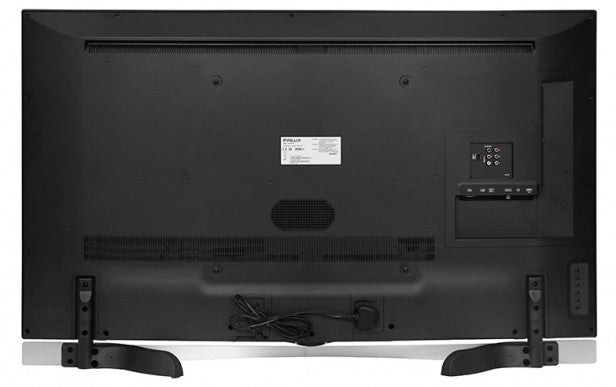 In fact, there are times when the 55UT3EC320S-T delivers pictures that really are very pretty – and it isn’t often we get to say that about such a price-focused TV.

Inevitably, though, there are areas where the 55UT3EC320S-T can’t keep up with the more expensive 4K efforts of its big-name rivals.

Particularly average is its colour handling. The 55UT3EC320S-T’s screen and, presumably, Finlux’s processing just aren’t capable of rendering anywhere near the number of colour tones the best 4K TVs can manage. This means that areas of the picture can end up looking a bit plasticky and unrealistic. This is certainly true of skin tones.

Along with the residual motion blur mentioned earlier, this diminishes the impact of native 4K content, leaving it looking softer and less detailed on the 55UT3EC320S-T than it does on more sophisticated 4K TVs. Certainly, you don’t get that “looking through a window” view evident with 4K on far superior sets.

It isn’t only colour tones that stop the Finlux set from taking a top seat at the 4K table. There’s also a slightly forced, almost glowing look to some tones, while pale shades tend to take on a pallid, almost grey hue. This, again, is particularly problematic where skin tones are concerned. Colours during dark scenes can also look rather over-ripe. 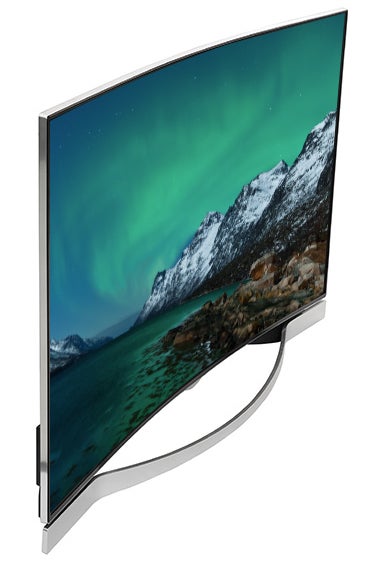 Also apparent on our test sample was noticeable backlight clouding along the screen’s bottom edge. This wasn’t restricted to the image’s extreme corners, becoming a distraction during dark scenes. The 55UT3EC320S-T also suffers with a shimmering “moiré” effect when trying to render areas of extremely fine detail, such as striped tops or hair.

Finally, while its black level response isn’t bad, there’s certainly a greyer look to dark areas than we’d expect from a typical Sony, Panasonic or Samsung LCD TV. This greyness can hide a little of the most subtle shadow detailing.

As noted earlier, however, the 55UT3EC320S-T’s overall handling of subtle greyscale information is actually quite good for its price – thanks to its ability to deliver its fair black levels without compromising brightness too heavily.

A couple of final issues to make you aware of concern the 55UT3EC320S-T’s curved screen. Not only does it result in greater geometry issues than a flat TV for those viewing the set from the sides, but the curve can also cause any bright objects that might be reflected on the screen to become distorted across more of the picture area.

Fortunately, the 55UT3EC320S-T’s screen is by no means the worst offender we’ve encountered when it comes to reflecting light, but it’s still an issue to be aware of if your living room is generally quite bright.

Used as the main TV for the review period
Tested for more than a week
Tested using industry calibrated tools, discs and with real world use
Tested with broadcast content (HD/SD), video streams and demo discs
Previous
Finlux 55UT3EC320S-T Review Next
3D, Sound and Verdict Review