Finlux has positioned itself in the UK as a “budget” brand, but this doesn’t mean the company lacks ambition. Proof of this is the 55UT3EC320S-T – which, in its 55-inch form, combines those key modern attractions of a curved screen and a native 4K UHD resolution.

With thses specifications the 55UT3EC320S-T could easily wear a Samsung, LG, Sony or Panasonic badge. However, this TV has one distinctly Finlux feature – its price. It costs just £899; you’d probably spend at least double that if it were from one of those “bigger” brands.

The 55UT3EC320S-T is a bit of a faff to put together, but the resulting look is just about worth the effort thanks to its stylishly curved silver-metal bar stand and strikingly slim screen frame. The curved screen is nice, too: there’s certainly no outward sign of the 55UT3EC320S-T’s cheap price. 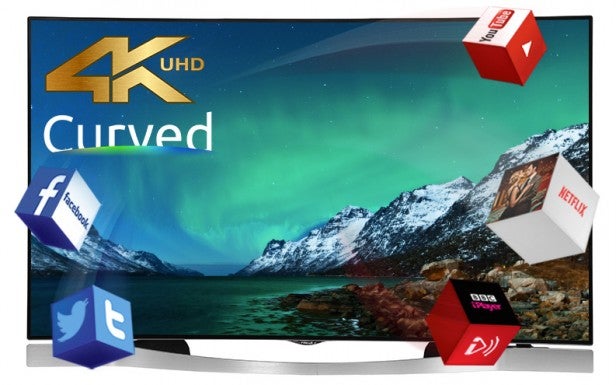 Connectivity options are good. Particularly welcome are its four HDMIs, which are all built to the 2.0 standard with HDCP 2.2 support to deliver full compatibility with 4K UHD sources. This includes 50Hz/60Hz support. The 55UT3EC320S-T doesn’t offer compatibility with high dynamic range (HDR) content, though this is far from a deal breaker as the majority of TVs set to hit the market this year don’t include the function either.

Multimedia features are fairly well catered for by three USB ports, a network jack and built-in Wi-Fi. The USBs can handle the most popular video, music and photo file formats, while the network options can manage content streamed from DLNA-enabled external devices as well as taking the TV online with Finlux’s smart TV engine.

There’s no support for Bluetooth. While this is disappointing, it really isn’t an unreasonable exclusion on such a relatively affordable TV. 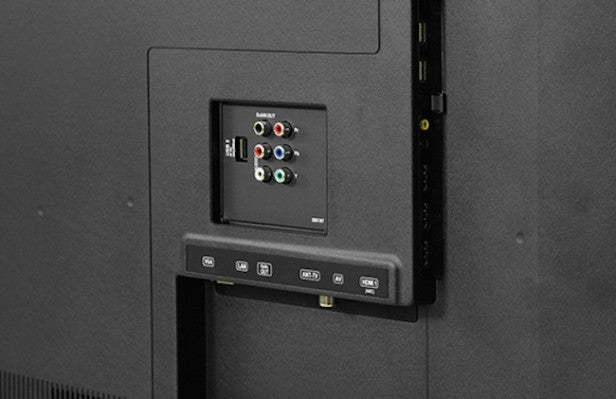 The 55UT3EC320S-T’s screen specification is impressive for its price. Its headline trick is its native 4K UHD resolution, of course, but it also claims a 120Hz system for clearer motion reproduction as well as 3D playback using the active 3D system. It’s also nice to discover that this 3D playback is supported by the inclusion of two pairs of free active-shutter glasses. Many rival brands don’t include them with the set.

Sadly, there’s one significant shortcoming to report: no HEVC decoding. This means no 4K streaming via Netflix or Amazon, or any other 4K services that might hit the streaming “airwaves” in years to come.

This is a particularly unfortunate omission right now, when Netflix and Amazon are – at the time of writing – really the only 4K sources available in the UK. Fortunately, an alternative 4K source should be in place by the end of the year in the shape of a Sky 4K service and, more likely, the first Ultra HD Blu-ray players and discs. However, both of the above will entail substantial extra investment relative to the cost of a Netflix or Amazon Prime subscription. 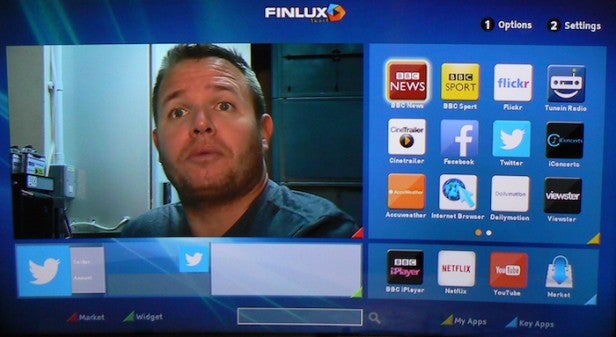 In fact, the 55UT3EC320S-T’s smart system is generally rather short of useful video-streaming services. Currently, it doesn’t even support the HD Amazon video app – and its support for catch-up services of the UK’s main TV channels is restricted to BBC iPlayer. There’s no sign of the ITV Player, All 4 or Demand 5. Although you could argue that any smart support on such an affordable TV is a bonus.

The 55UT3EC320S-T is fairly straightforward to set up. Its Cinema and Natural presets make a decent stab of giving you watchable pictures right out of the box. The key changes we’d suggest are that you turn off noise reduction processing for HD or native 4K sources and reduce the contrast to around its 50 level.

Note that you should handle the TV’s dynamic contrast and automatic backlight systems with care: they can cause some quite distracting leaps in the overall image brightness if you’re watching a film that routinely mixes light and dark scenes.

The reason behind the 55UT3EC320S-T being fairly simple to set up is that it doesn’t carry as many image fine-tuning options as the majority of 4K UHD TVs.