The TW6100 models from last year did many things right from a picture quality point of view, but were ultimately let down by their black-level response. And in essence the TW6600W succeeds and fails in almost exactly the same areas.

Starting with the good news, the TW6600W’s HD images look extremely detailed and sharp. In fact, we’d probably say they look excessively sharp using many of the default settings, thanks to Epson putting too much store in its Super Resolution feature. With this reduced, as suggested earlier, to its ‘1’ level, you get a picture which still looks super-crisp and detailed without looking forced, uneven or unnatural. Even if the source you’re watching is quite grainy. 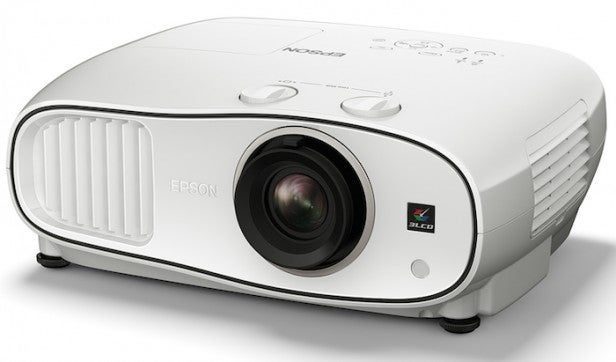 The clarity of the TW6600W’s images is bolstered, too, by some excellent motion handling. The projector even manages to handle the frequent swirling, circling camera work of the final Harry Potter film without suffering any serious motion blur or even any judder. And it achieves this hugely credible motion clarity without requiring you to rely on lots of distracting heavy-duty frame interpolation processing.

Colours mostly look excellent, too, for a projector of the TW6600W’s price, with natural skin tones, a decently wide tonal range, and enough blend subtlety to make sure there are minimal colour stripe or block distractions. It’s good to see, also, that skin avoids the plasticky feel you can get with less astute colour performers.

Since the TW6600W delivers its colours without needing a colour wheel, there’s no sign of the rainbow effect that afflicts pretty much all single-chip DLP projectors to some degree.

Pictures look bright and boldly coloured, thanks to the high lamp output – a strength which makes the TW6600W more watchable in a little ambient light than many affordable projectors. This is a potentially very useful trait, given that many homes find it difficult to impossible to install a projector in a fully blacked-out room.

The TW6600W’s high brightness comes at a significant cost, however. During dark scenes we were quite struck by how much greyness we could see infusing parts of the picture that should look black. The greyness is severe enough to hide shadow detail at times, as well as diminishing the punch of dark scenes and the tonal accuracy of colours in dark areas. In short, the lack of black-level response doesn’t leave dark scenes looking nearly as believable and immersive as bright ones.

Nothing we tried in terms of the dynamic iris or contrast and brightness settings solved the black-level limitation to our total satisfaction – although we were pleased to see that the dynamic iris doesn’t result in excessive jumps in brightness when the light levels in images shift.